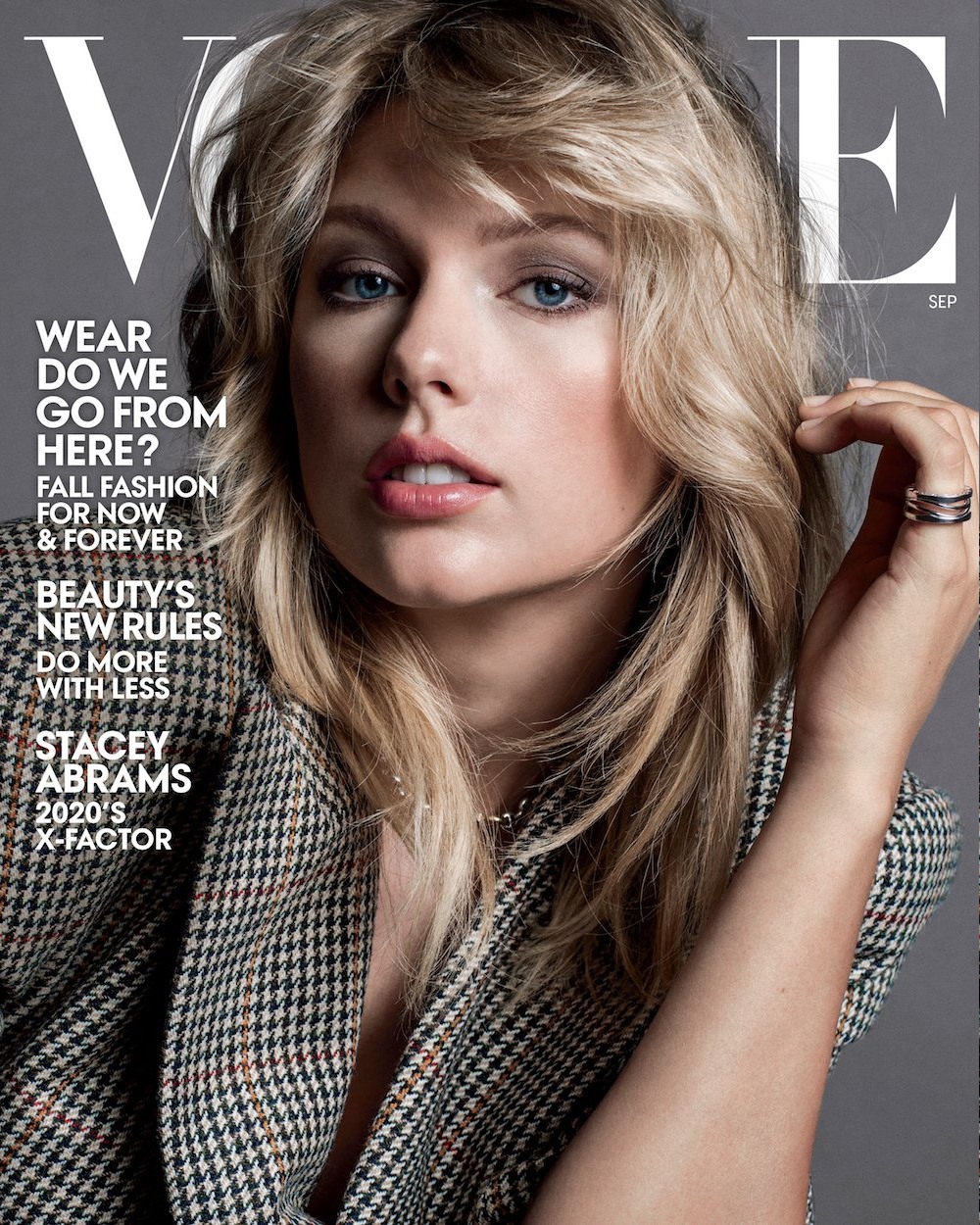 I’m so glad that we’re done with the era of “Taylor Swift will not speak on behalf of Taylor Swift.” That era was exhausting. It was exhausting for Taylor too, because she loves to talk, and she loves to explain herself and she loves to casually Darth Susan her way through interviews, ensuring that she will always be seen as the biggest victim, no matter what. So Taylor stored up a lot of stuff for more than three years, and she’s letting it all out for her cover profile in Vogue. Taylor covers the September issue, a giant “get” for Vogue, although it’s not that big of a surprise – Taylor’s Lover is coming out, and Taylor would of course want to give her first MAJOR magazine interview to a major publication like Vogue. This interview was at times genuinely emotional (the part about her assault and subsequent lawsuit), genuinely interesting (the parts about her process, sexism and allyship) and genuinely infuriating (the rest of it). So, Classic Tay. I’m so glad she did this. You can read the full piece here. Some highlights:

Why she’s been performing her LGBTQ allyship this year: “Maybe a year or two ago, Todrick and I are in the car, and he asked me, What would you do if your son was gay? The fact that he had to ask me . . . shocked me and made me realize that I had not made my position clear enough or loud enough. If my son was gay, he’d be gay. I don’t understand the question. If he was thinking that, I can’t imagine what my fans in the LGBTQ community might be thinking. It was kind of devastating to realize that I hadn’t been publicly clear about that.”

Whether she tried to get her masters from Big Machine: “It was either investing in my past or my and other artists’ future, and I chose the future.”

Her assailant paying her the symbolic $1 with a Sacagawea coin. “He was trolling me, implying that I was self-righteous and hell-bent on angry, vengeful feminism. That’s what I’m inferring from him giving me a Sacagawea coin. Hey, maybe he was trying to do it in honor of a powerful Native American woman. I didn’t ask.” Where is the coin now? “My lawyer has it.”

Why she’s getting louder about LGBTQ rights now? “Rights are being stripped from basically everyone who isn’t a straight white cisgender male. I didn’t realize until recently that I could advocate for a community that I’m not a part of. It’s hard to know how to do that without being so fearful of making a mistake that you just freeze. Because my mistakes are very loud. When I make a mistake, it echoes through the canyons of the world. It’s clickbait, and it’s a part of my life story, and it’s a part of my career arc.”

On sexism: “I think about this a lot. When I was a teenager, I would hear people talk about sexism in the music industry, and I’d be like, I don’t see it. I don’t understand. Then I realized that was because I was a kid. Men in the industry saw me as a kid. I was a lanky, scrawny, overexcited young girl who reminded them more of their little niece or their daughter than a successful woman in business or a colleague. The second I became a woman, in people’s perception, was when I started seeing it… It’s fine to infantilize a girl’s success and say, How cute that she’s having some hit songs. How cute that she’s writing songs. But the second it becomes formidable? As soon as I started playing stadiums—when I started to look like a woman—that wasn’t as cool anymore.”

On being “canceled” in the wake of the Kimye drama: “A mass public shaming, with millions of people saying you are quote-unquote canceled, is a very isolating experience. I don’t think there are that many people who can actually understand what it’s like to have millions of people hate you very loudly. When you say someone is canceled, it’s not a TV show. It’s a human being. You’re sending mass amounts of messaging to this person to either shut up, disappear, or it could also be perceived as, Kill yourself. I realized I needed to restructure my life because it felt completely out of control. I knew immediately I needed to make music about it because I knew it was the only way I could survive it. It was the only way I could preserve my mental health and also tell the story of what it’s like to go through something so humiliating.”

At the end of the day, she found a silver lining to being canceled: “It’s so strange trying to be self-aware when you’ve been cast as this always smiling, always happy ‘America’s sweetheart’ thing, and then having that taken away and realizing that it’s actually a great thing that it was taken away, because that’s extremely limiting. We’re not going to go straight to gratitude with it. Ever. But we’re going to find positive aspects to it. We’re never going to write a thank-you note.”

It bothers me because it’s clear with every year that passes that Taylor is such an intelligent woman, that she really thinks about things and tries to figure sh-t out and tries to work out the best way to approach this or that issue or problem. She’s smart, she’s capable, she’s got all the money and access in the world and a global platform to do and say anything. Yet with all of that intelligence and access, she just can’t quit certain narratives. The fact that she’s still gracelessly blaming “the media” for the Katy Perry thing is a perfect f–king example of that. The fact that she’s still framing the Kim Kardashian-receipts issue that way is another example.

Beyond that stuff, I really enjoyed her growth in other sections of the interview: “I didn’t realize until recently that I could advocate for a community that I’m not a part of.” That’s a great realization to have, and to discuss in detail. 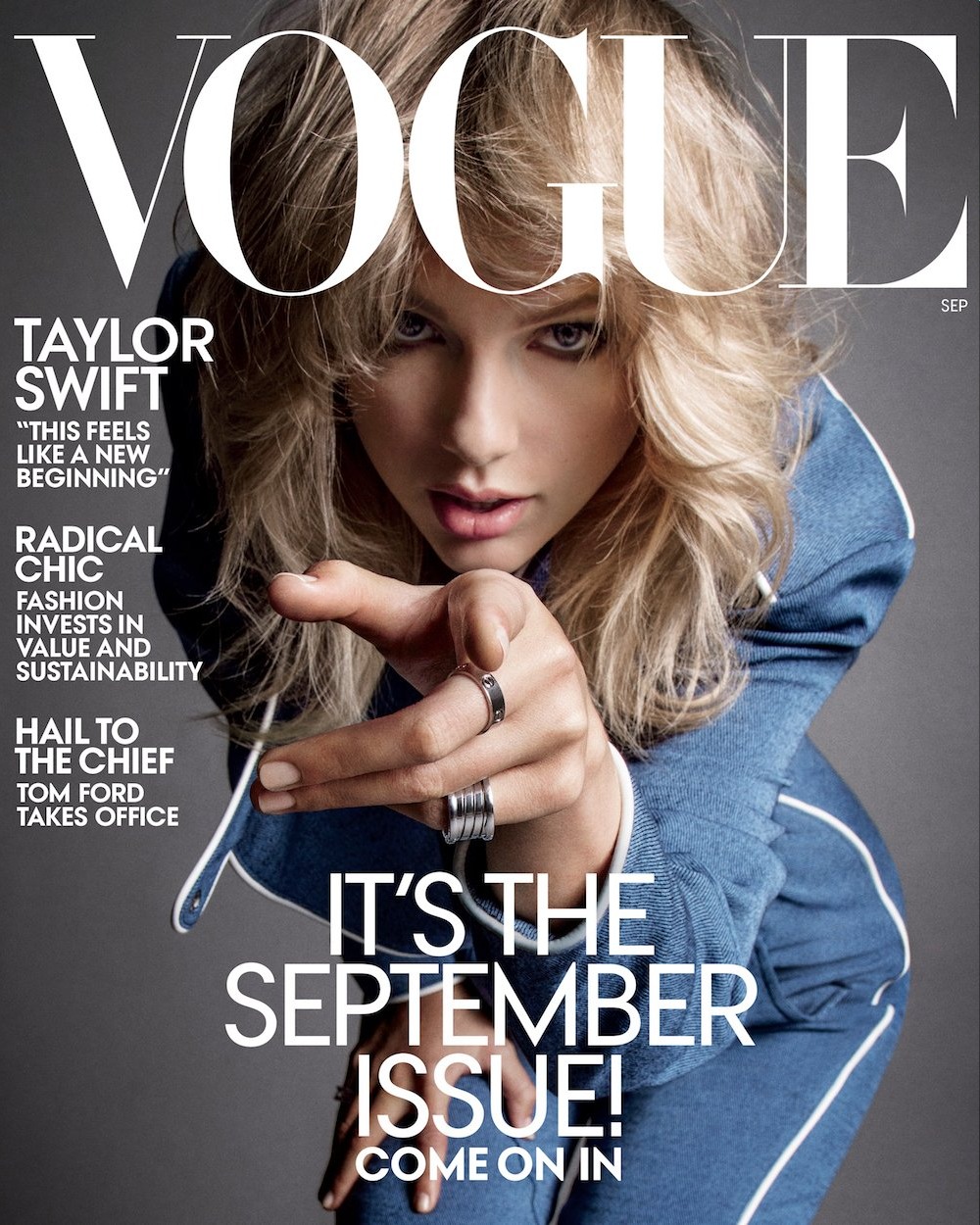