“Lil Nas X is on the cover of Time Mag and honestly, good for him” links 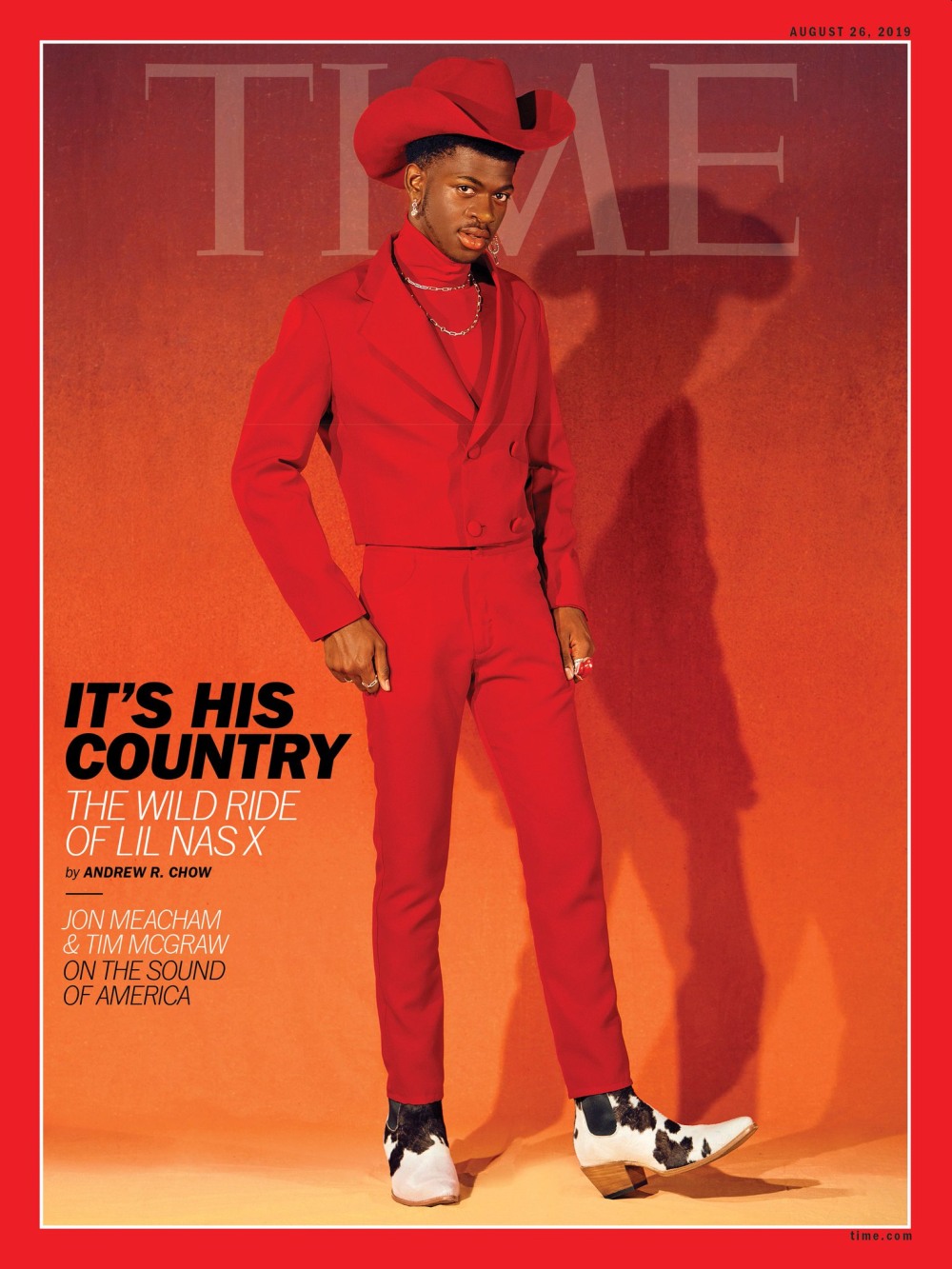 Lil Nas X covers Time Magazine because “Old Town Road” is that big of a deal and I’m here for it!! Good for him. [Towleroad]
Harry Styles will not be Prince Eric in The Little Mermaid. [OMG Blog]
Lindsay Lohan is creepy on Instagram. [The Blemish]
St. Elmo’s Fire for Generation Z? Meh. [LaineyGossip]
Kourtney Kardashian has stretch marks on Instagram. [Dlisted]
What would Donald Trump tweet if he was president for historical events? [Pajiba]
Rachel Brosnahan looks great in Maisel costume. [Tom & Lorenzo]
Will Rihanna do next year’s Super Bowl Half-time show now that Jay-Z & Roc Nation are in charge of it? Hm. [JustJared]

“This is a song that was able to bring all different age groups and demographics together,” @LilNasX says about “Old Town Road,” now the longest-running No. 1 song in history https://t.co/1rT17wxVjS pic.twitter.com/9sM5hfSEPu

“It feels like I’m chosen to do this.” Inside the record-breaking rise of @LilNasX https://t.co/t1HeWMwTHb (sound on) pic.twitter.com/Rk5rrVienE

23 Responses to ““Lil Nas X is on the cover of Time Mag and honestly, good for him” links”