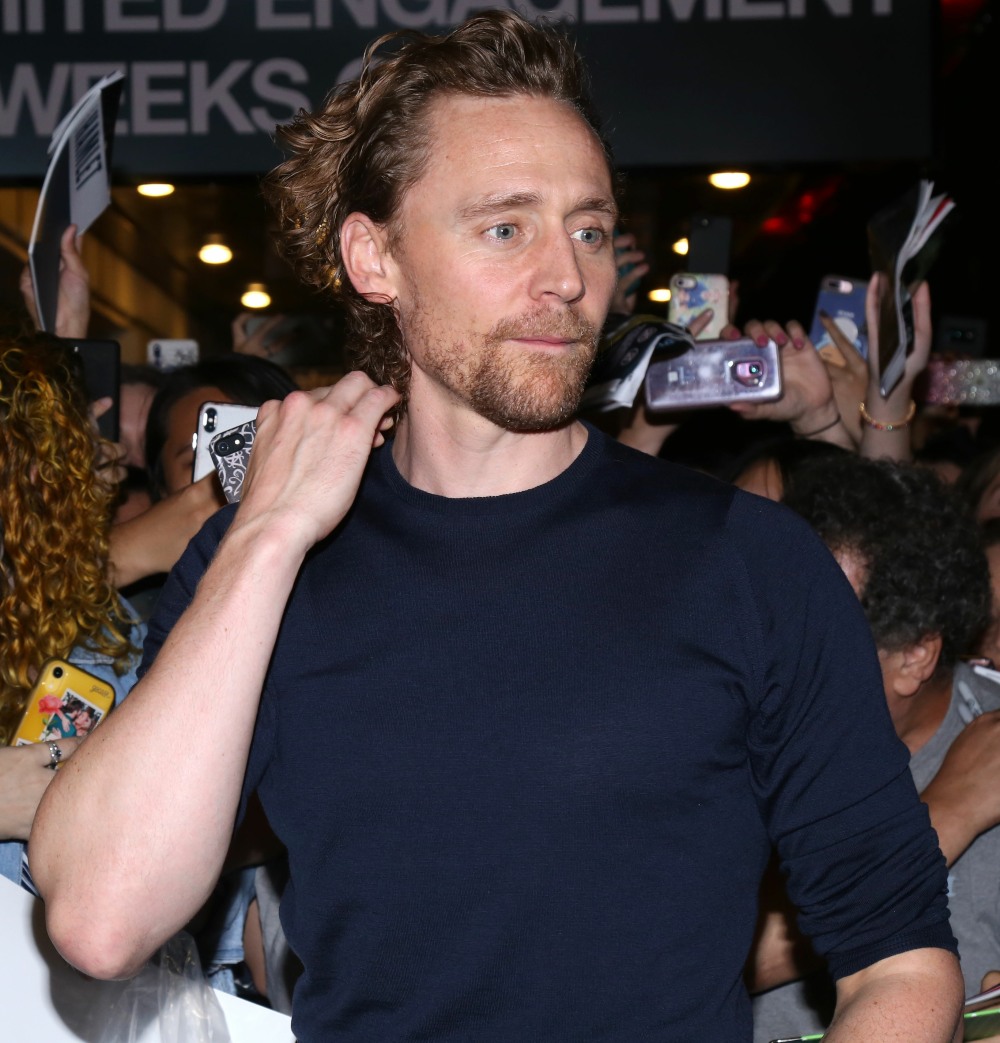 In a simpler time, Tom Hiddleston’s interviews were joyous and delightful. His sheer earnestness and loveliness shone through – he recited poetry to swans, he talked at length about Shakespeare and elitism and privilege, and he seemed to have so much FUN. Then Taylor Swift happened. Then there was the Worldwide Tiddlebanging Tour. Then there was a breakup a short time later. And that was three years ago. Tom has given interviews since then, of course, like his now infamous GQ cover story just a few months after the end of Tiddles. In retrospect, that the was the last we saw of that version of Tom. A new, more mature Tom emerged from the Tiddlebanging wreckage. This version is quieter, more reserved, and more interested in privacy.

Tom is currently in New York and he’ll be there for several months, doing Betrayal on Broadway. This revival had a successful run in London, and that’s why they brought it over here. To promote the play, Tom chatted with the New York Times. His publicist asked the NYT not to ask about Taylor. But Tom still did, in an oblique way. Some highlights:

It’s called acting, Tom: “I’m always curious about the presentation of a character’s external persona versus the interior. What remains private, hidden, concealed, protected, and what does the character allow to be seen? We all have a very complex internal world, and not all of that is on display in our external reality.”

Betrayal is about isolation and loneliness. “The sadness in the play — it’s not only sadness; because it’s Pinter, there’s wit and levity as well — but if there is sadness in the play. I think it comes from the fact that these betrayals render Robert, Emma and Jerry more alone than they were before.”

What betrayal means to him: “To trust is a profound commitment, and to trust is to make oneself vulnerable. It’s such an optimistic act, because you’re putting your faith in the hands of someone or something which you expect to remain constant, even if the circumstances change. I’m disappearing down a rabbit hole here, but I think about it a lot. I think about certainty and uncertainty. Trust is a way of managing uncertainty. It’s a way of finding security in saying, ‘Perhaps all of this is uncertain, but I trust you.’ Or, ‘I trust this.’ And there’s a lot of uncertainty in the world at the moment, so it becomes harder to trust, I suppose.”

His publicist asked the reporter not to ask about Taylor Swift: There was one stipulated no-go zone in this encounter, a condition mentioned by a publicist only after I’d arrived: No talk of Taylor Swift, with whom Mr. Hiddleston had a brief, intense, headline-generating romance that, post-breakup, she evidently spun into song lyrics. That was three years ago, and I hadn’t been planning to bring her up; given the context of the play, though, make of that prohibition what you will. Mr. Hiddleston, who once had a tendency to pour his heart out to reporters, knows that he can’t stop you.

Navigating fame: He knows now “to let go of the energy that comes toward me, be it good or bad. Because naturally in the early days I took responsibility for it. And yes, I’m protective about my internal world now in probably a different way… That’s because I didn’t realize it needed protecting before.”

“It’s not possible, and nor should it be possible, to control what anyone thinks about you. Especially if it’s not based in any, um — if it’s not based in any reality.” I don’t interpret that as “Tiddles was not based on reality,” I interpret it as “people’s perceptions of Tiddles were not based on the reality of Tiddles.” Which is like his posh way of calling the Tiddles gossip “fake news.” As always, that utterly disastrous relationship ended up being one of the most educational experiences of Tom’s life. He finally realized that he needed to “protect” part of himself and never let the public see certain parts. 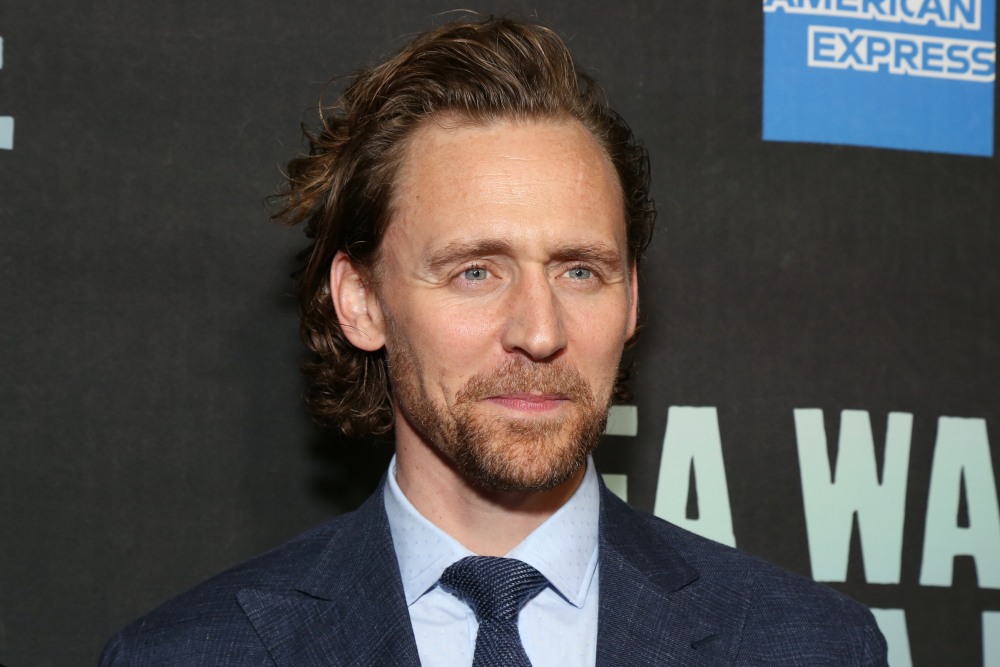 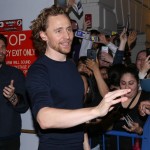