Scarlett Johansson in Celine at the Venice ‘Marriage Story’ premiere: cute or blah? 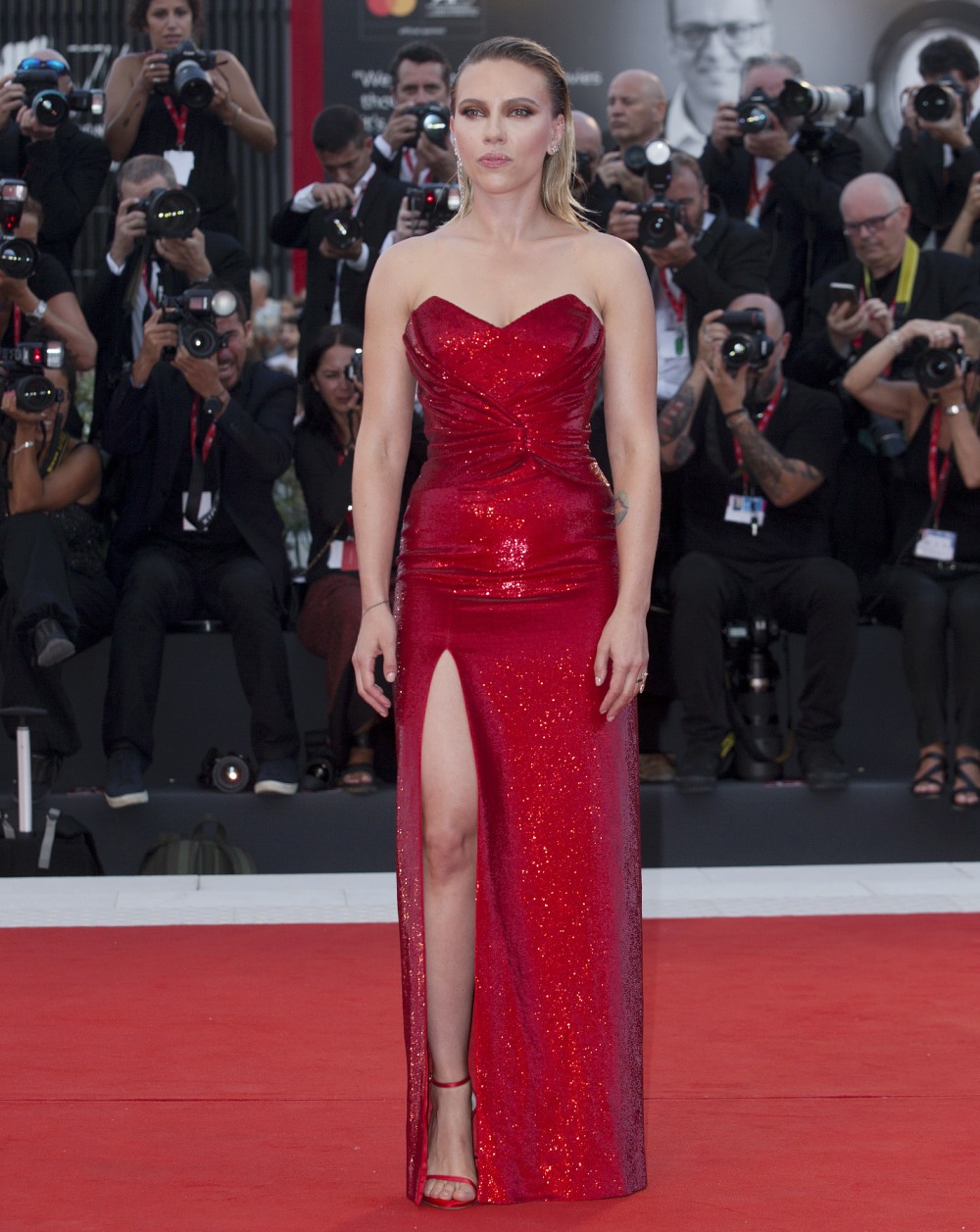 Here are some photos of Scarlett Johansson and Adam Driver at the Venice Film Festival. They’re there to support and promote Marriage Story, which is really a story of a marriage and divorce told through the wife’s eyes and the husband’s eyes. Scar and Adam play the husband and wife. It’s getting great reviews out of Venice. The fashion and styling, on the other hand… wow. To be fair, Adam Driver looks great and I love him and I would marry and divorce him twenty times. But Scarlett… my goodness.

I covered some fashion photos from Venice yesterday and I noted that Juliette Binoche was bizarrely doing a “wet look” hairstyle. Now I kind of wonder if there’s one big-name hairstylist on call in Venice and he’s like “DAH-ling the wet look is tres chic, don’t you know anything?” And ScarJo believed him, because she thinks she’s the chicest person ever. When really she just wore a boring AF Celine gown and styled it with “drowned rat” hair. ScarJo also attempted an odd look for the photocall too – the striped midriff-baring shirt and palazzo-Capris, both by Michael Kors. Her makeup and hair look fine for the photocall, it’s just the outfit that sucks.

As for the film, it was written and directed by Noah Baumbach, and the story is loosely based on his marriage to and divorce from Jennifer Jason Leigh. ScarJo also said, in the press conference, that she was “going through a divorce” when she first met with Baumbach about the movie, which means she read the script as she and Romain Dauriac were falling apart. She also said she felt “fated” to do this movie. They all say that! They all say that to get Oscars. 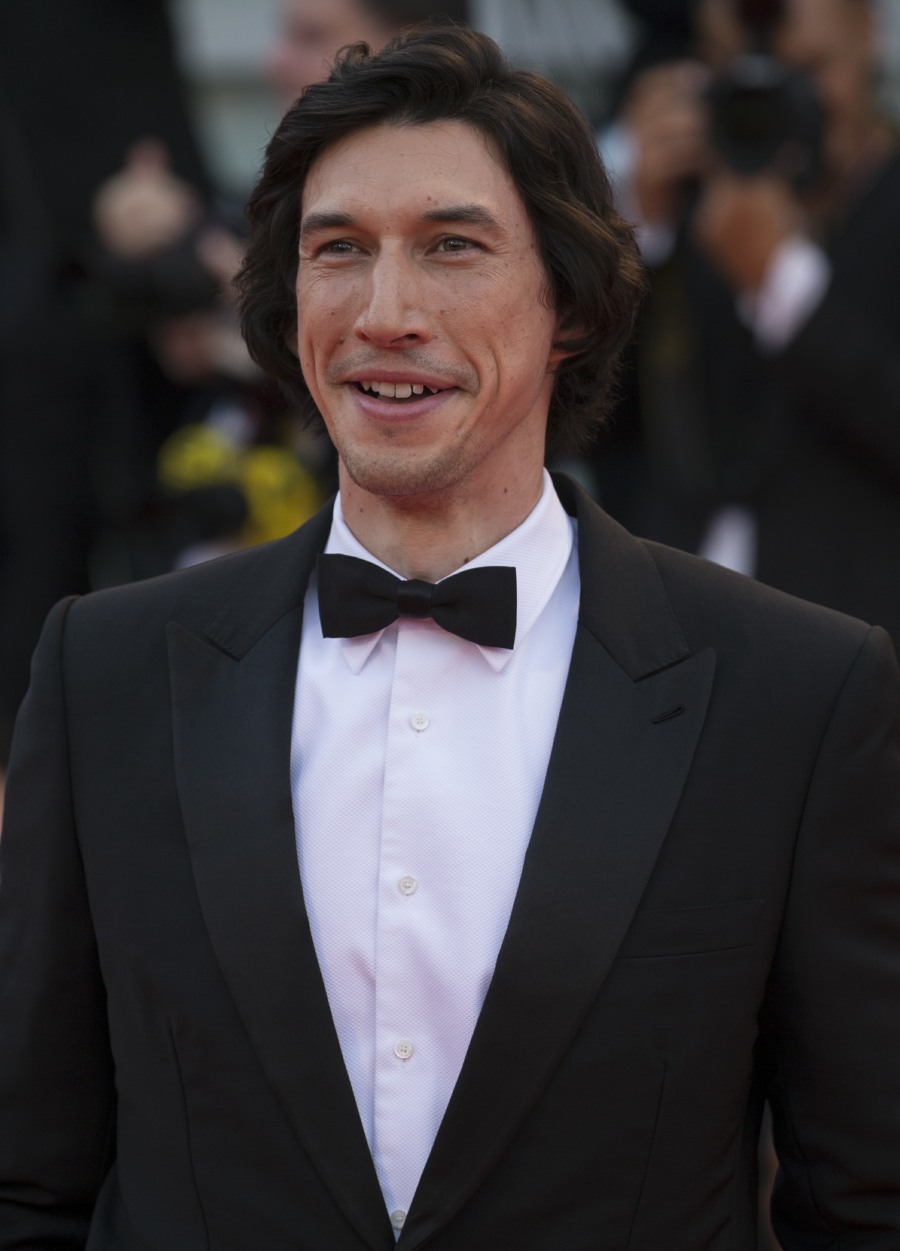 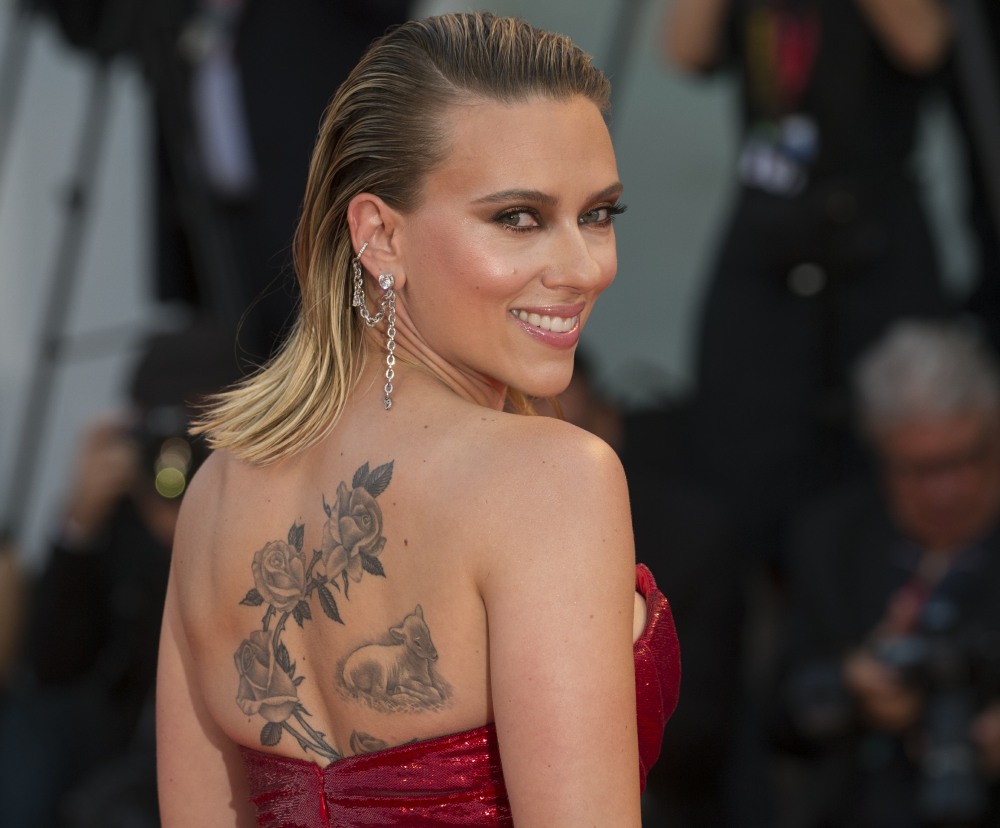 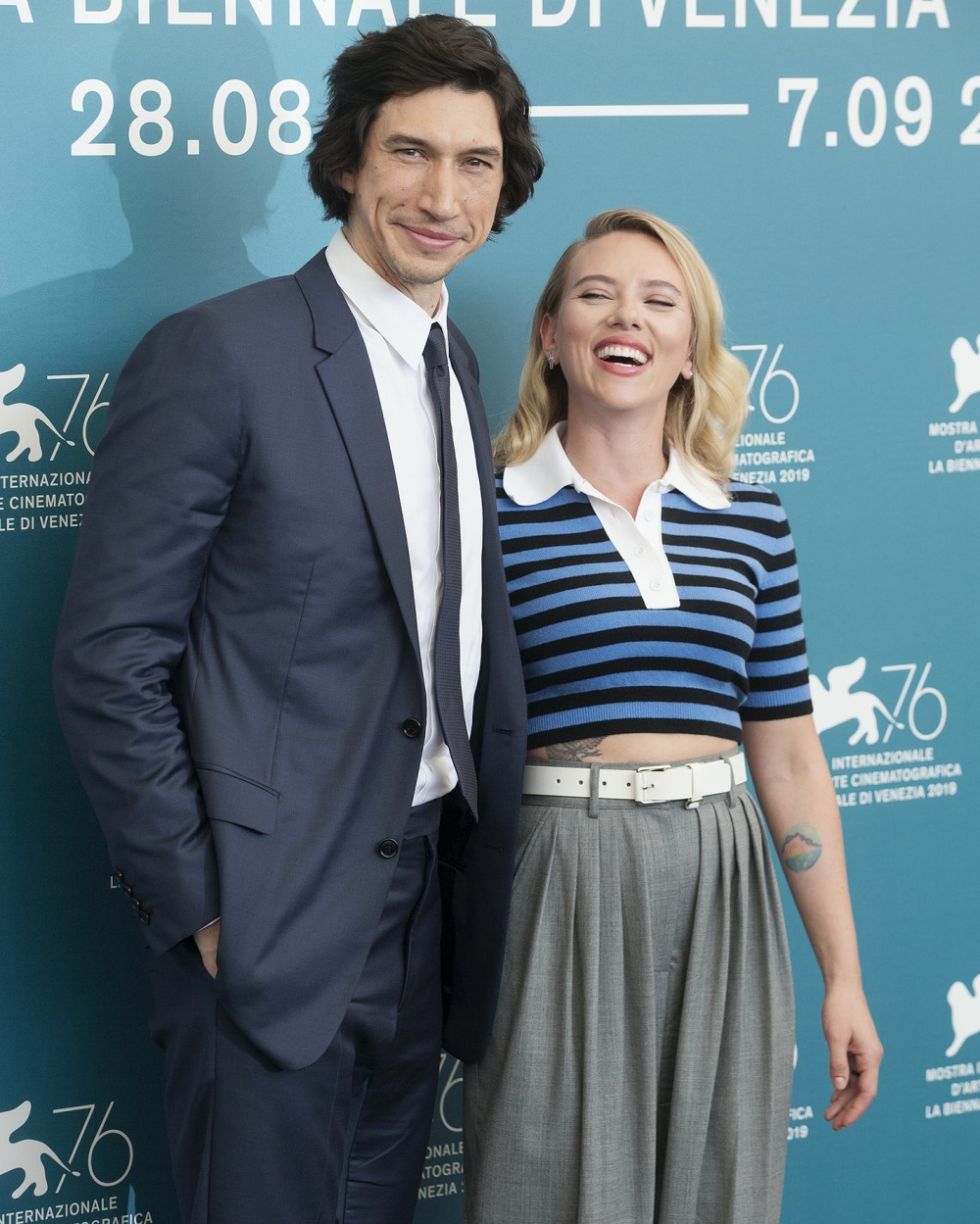 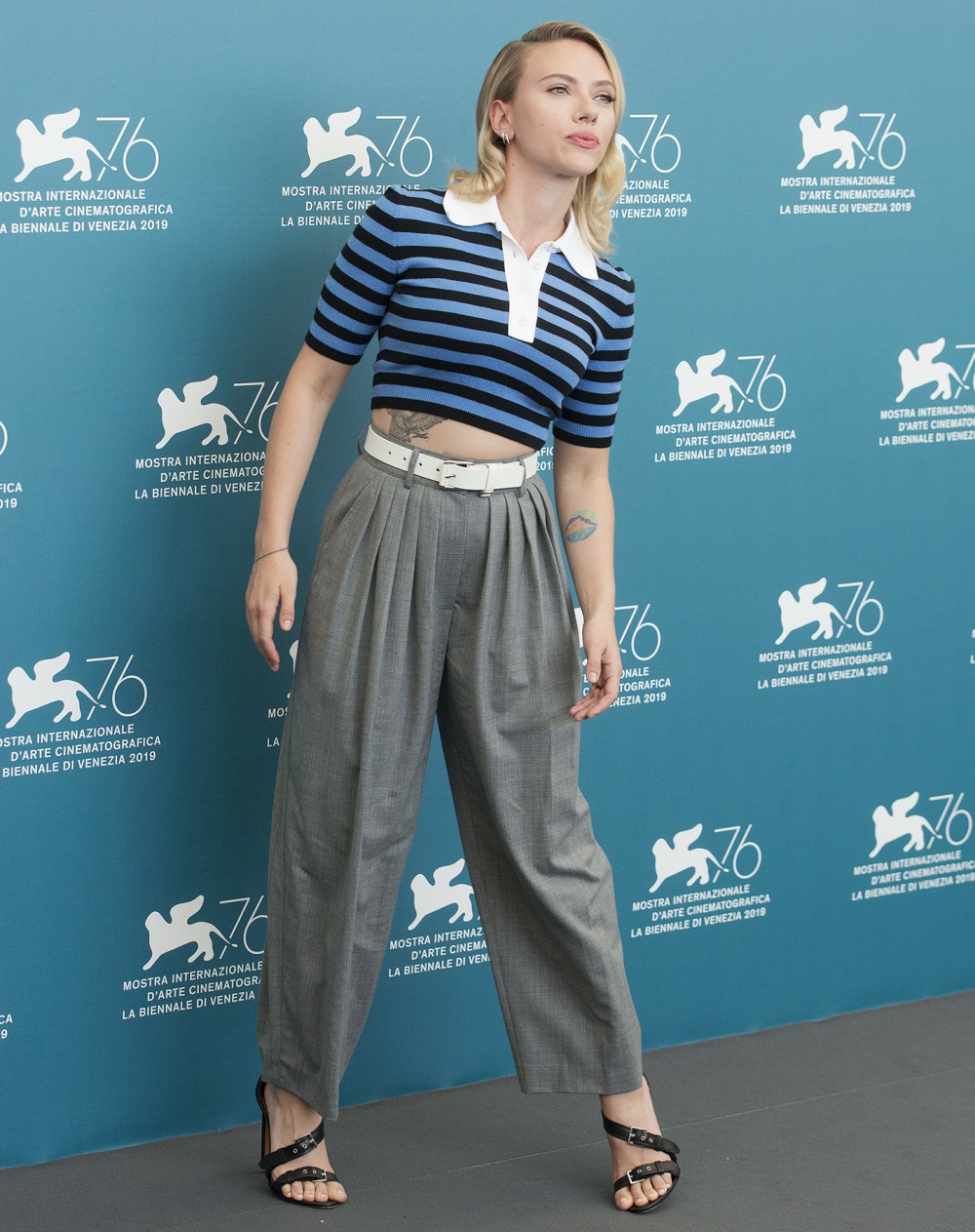 49 Responses to “Scarlett Johansson in Celine at the Venice ‘Marriage Story’ premiere: cute or blah?”