Kristen Stewart is ‘very, very happy’ that Robert Pattinson was cast as Batman 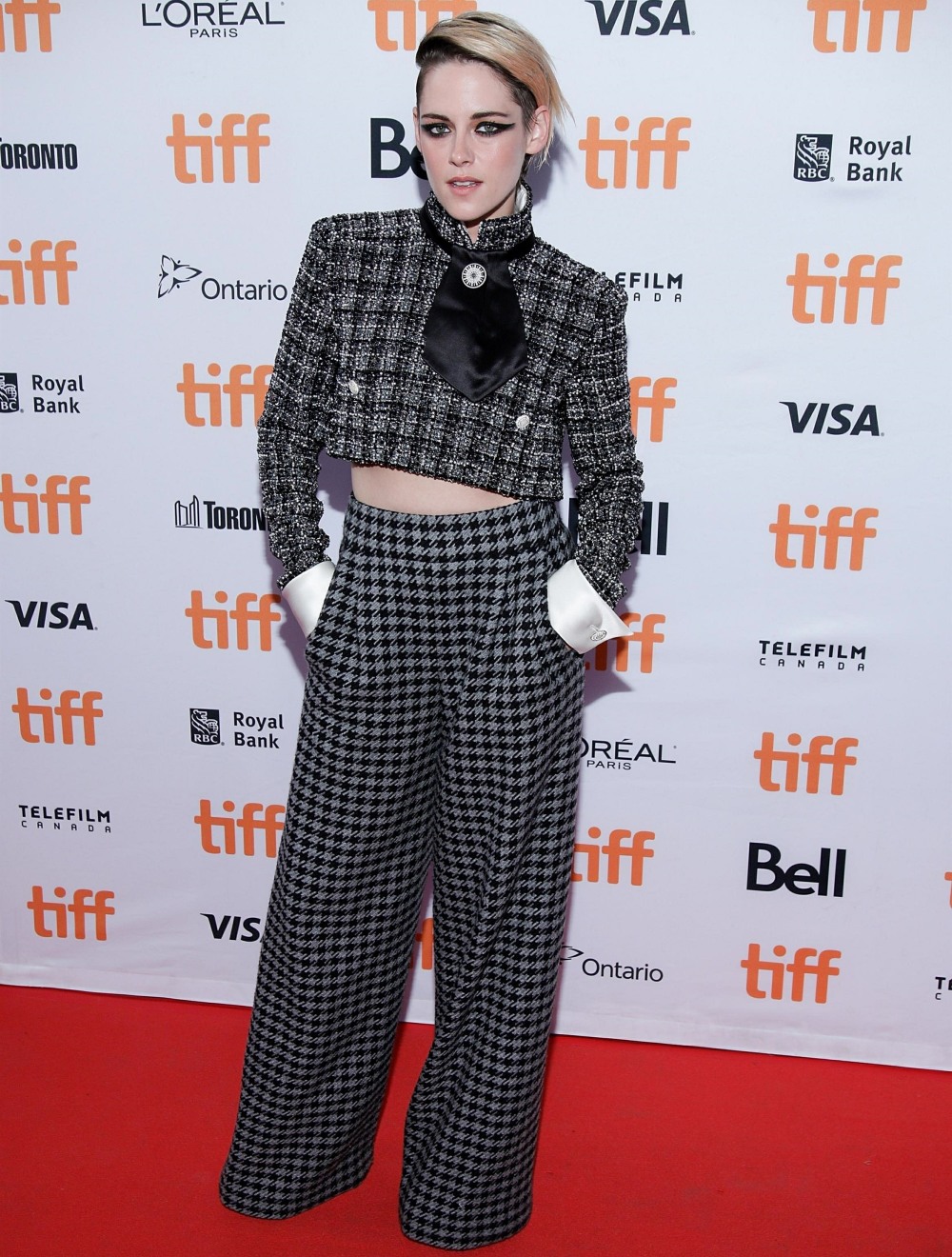 The Toronto International Film Festival began this weekend with some big, splashy premieres and some big-name celebrities. It’s that time of year. And much like this year’s Venice Film Festival, TIFF is definitely trying to create some big moments and discussions (Cannes is shook). On opening night, TIFF created some old-school Twihard drama – Kristen Stewart did the carpet for the premiere of Seberg, and Robert Pattinson did the carpet for the premiere of The Lighthouse. This is not the first time, post-Robsten-split, that Rob and Kristen have been at the same film festival. But it’s probably the first time that their separate films premiered on the same night.

Kristen wore this Chanel suit to her premiere. The suit is… kind of cool. I love the houndstooth trousers, quite honestly. The cropped jacket isn’t my jam, but it looks good on Kristen and it suits her. Styling-wise… Kristen has always had a face which can “take” a strong makeup look, and she did heavy raccoon eyes and light lipstick. It’s okay. The hair kind of bugs me though.

Interestingly enough, on the Seberg carpet, Kristen was *gulp* asked about Rob and how he was cast as Batman. You know what? Kristen could not have been classier. She said, in part, “I feel like he’s the only guy who could play that part. I am so happy for him, it is crazy. I also, it feels like, I don’t know, I’m very, very happy about that. I heard that and was like, ‘Oh man!’ Yeah, it’s awesome.” It’s been six or seven years since they broke up. I’m glad she said supportive words about it.

Kristen Stewart is all for Robert Pattinson as #Batman: "He's the only guy that could play that part; I am so happy for him. It's crazy" https://t.co/JHA668K9P4 #TIFF19 pic.twitter.com/OybWSt9LzU 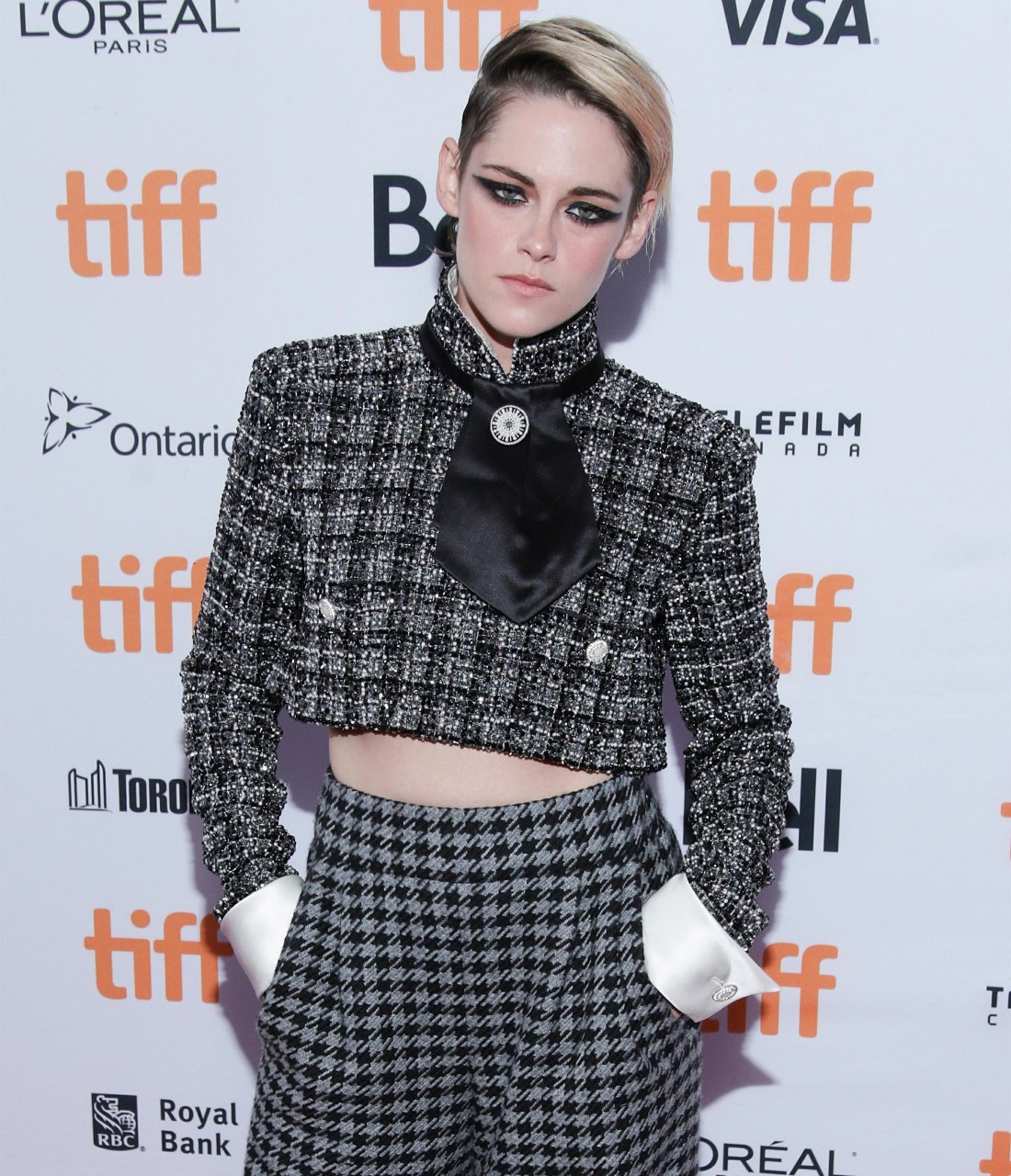 11 Responses to “Kristen Stewart is ‘very, very happy’ that Robert Pattinson was cast as Batman”