Rachel Hunter on blending families with Rod Stewart’s other ex: ‘There has to be unity’ 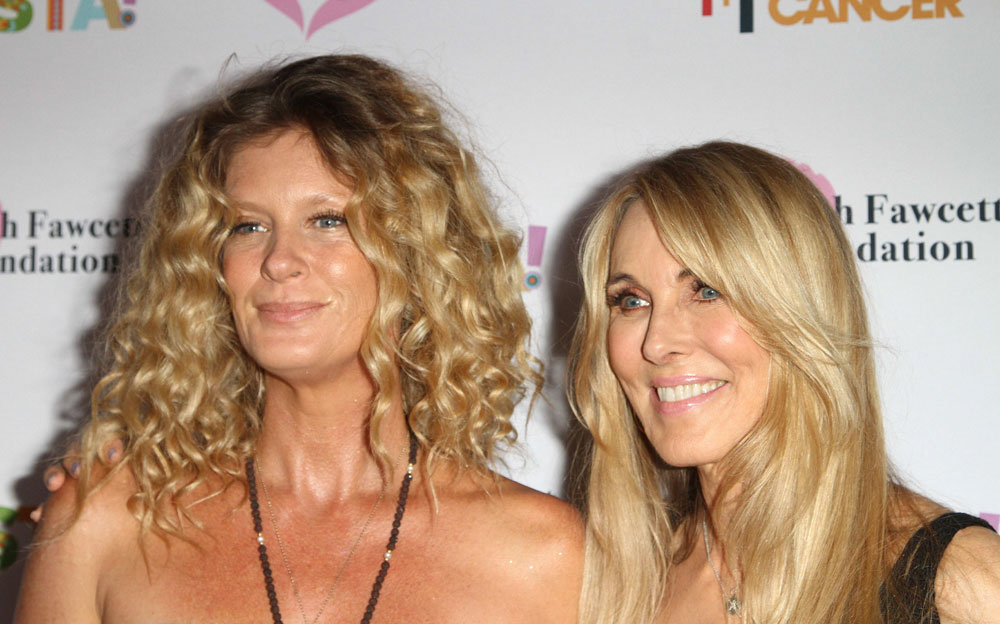 Rachel Hunter and Rod Stewart were married from 1990 to 2006. At the time they met she was just 21 and he was 45. It was Rod’s second marriage and Rachel’s first. They have two children together, daughter Renee, 27, and son Liam, 25. Rod had four children when he met Rachel, two from his first marriage to Alana Stewart. Those were Kimberly Stewart (you know her), 40, and Sean Stewart, 39. Rod re-married the year after his divorce from Rachel and he’s been with model Penny Lancaster ever since. He has two children with Penny, sons Alastair, who turns 14 this year, and Aiden, 8. In total he has eight kids from five different moms! I know this because wiki has a handy chart and everything.

When Rachel and Rod broke up she made sure that her kids and Alana’s kids still saw each other at holidays because she didn’t want them to lose that bond. She told People Magazine that they consider themselves a big family and that the kids all see each other as siblings. It was really nice actually. Rachel was at the event with Alana so that must be how the topic came up.

On Alana Stewart
When Rod and myself broke up, it was closer to Christmas at the time. We all [got] together as family. There is no separate. There has to be that unity and support. The kids see each other as brother and sister. There’s no step vs. step yet. There’s brother and sister unity. It’s always been that way. That was something fundamental when I was leaving to make sure that was still intact and that the relationships were always fostered.

That’s really thoughtful and mature of everyone. If only all step parents could get along with exes this well for the sake of their kids. I realize that some relationships are toxic though and that sometimes the healthiest decision for yourself and your kids is to cut ties with someone.

Former supermodel Rachel, 50, has a travel show on the FYI network called Tour of Beauty and she has a book coming out this October with the same name.

Here’s that brief interview with Rachel 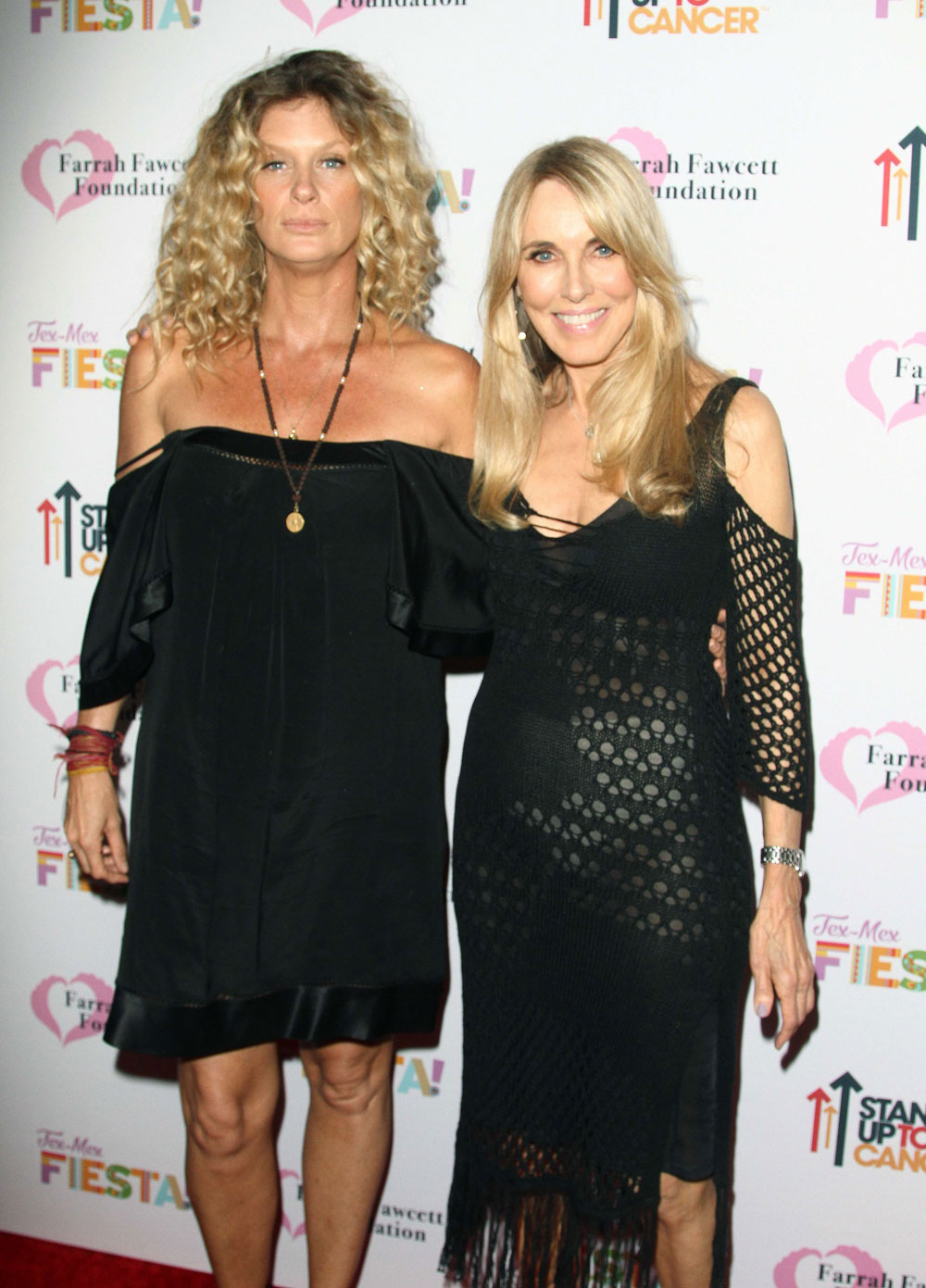 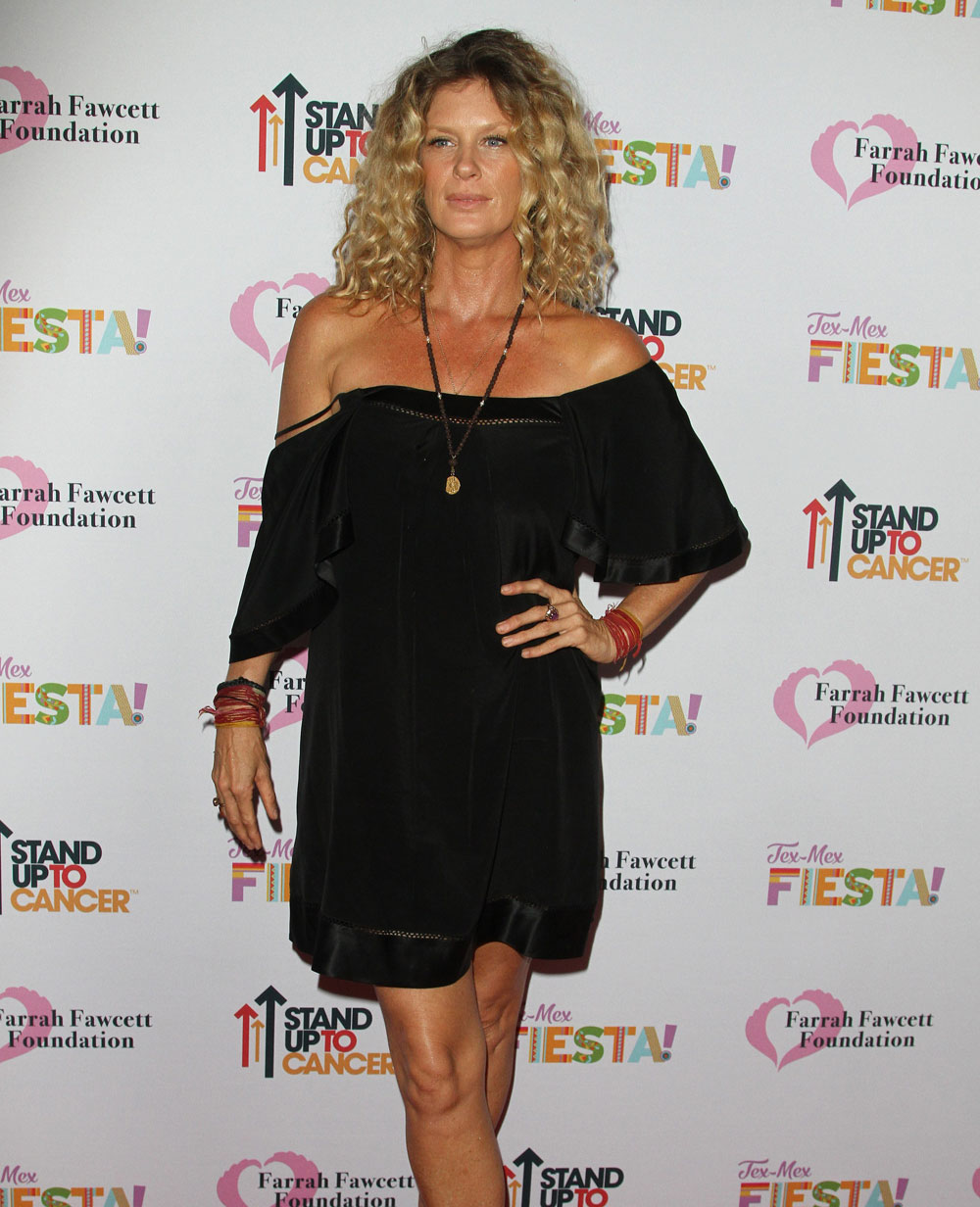 16 Responses to “Rachel Hunter on blending families with Rod Stewart’s other ex: ‘There has to be unity’”