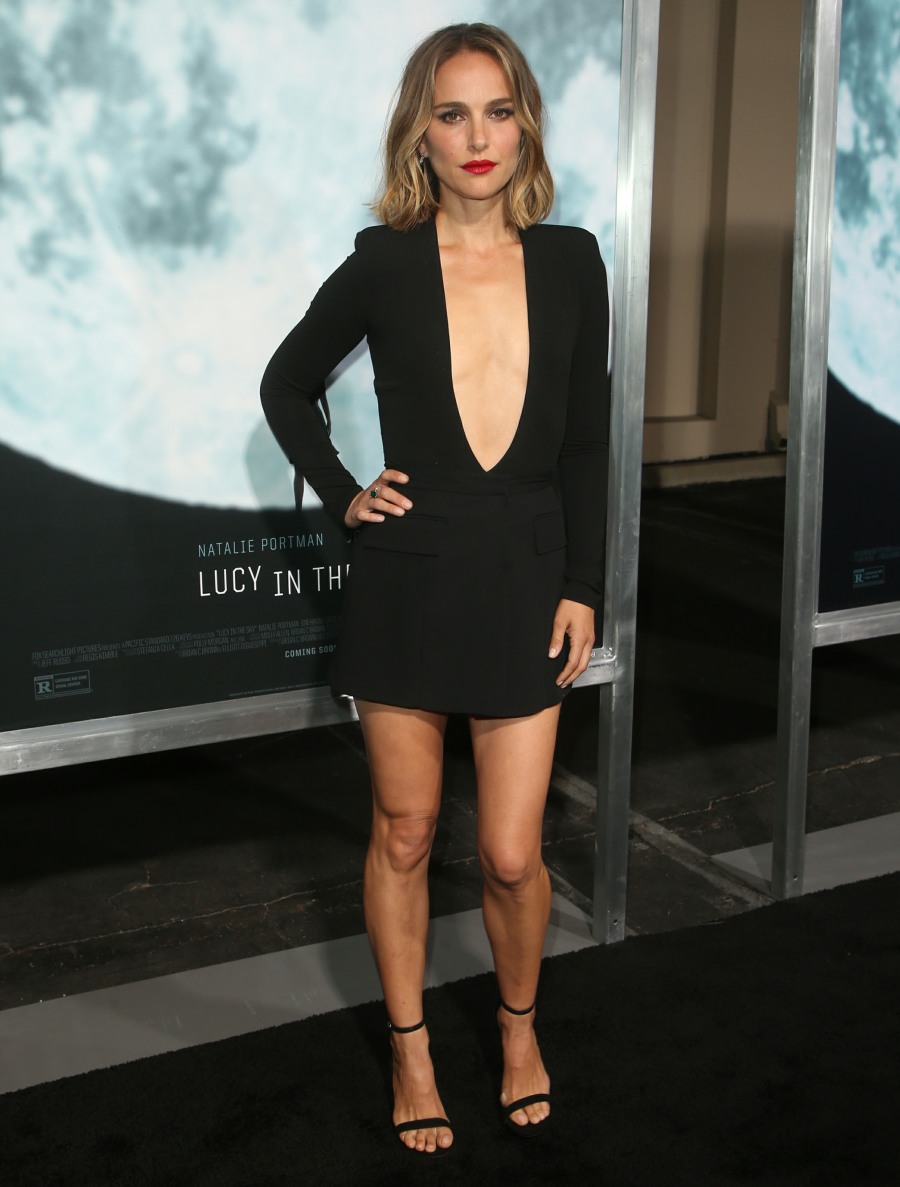 Here are some photos of Natalie Portman and Jon Hamm at the LA premiere of Lucy In the Sky, the movie which is loosely based on the 2007 incident where astronaut Lisa Nowak went bonkers and drove halfway across the country to kidnap and possibly kill a woman she thought was her love rival. From what I understand, the film did not buy the life rights to Lisa Nowak’s story or anything like that, so that’s why the names have been changed and the circumstances tweaked a bit.

Regarding fashion… I was surprised to see Natalie in something so skimpy? She has a great figure, but she’s been doing a lot of menswear-inspired looks and more conservative gowns and such for the past several years. I feel like she was aiming for a “sultry” look and I’m just not sure that’s her best style vibe. It also doesn’t help that she and her co-star Jon Hamm posed together on the red carpet like this was the first time they ever met. I get that it’s more respectful – in the era of Time’s Up, for sure – to keep your hands to yourself around your coworkers. But the body language between Hamm and Portman is… odd.

As for the actual story about an astronaut having a mental breakdown… Lisa Nowak’s story really did capture a ton of media interest, and one of the most notable details is that Nowak wore adult diapers for her drive to kidnap her “love rival.” When Lucy In the Sky premiered at TIFF several weeks back, critics were SO MAD that the movie didn’t include the diaper detail. I seriously don’t know why the writers/director/producer would leave that out. Nowak’s story was begging for a film adaptation just because it was so bizarre and cinematic anyway, and then they’re leaving out the one part of the story which everyone remembers. WHY? 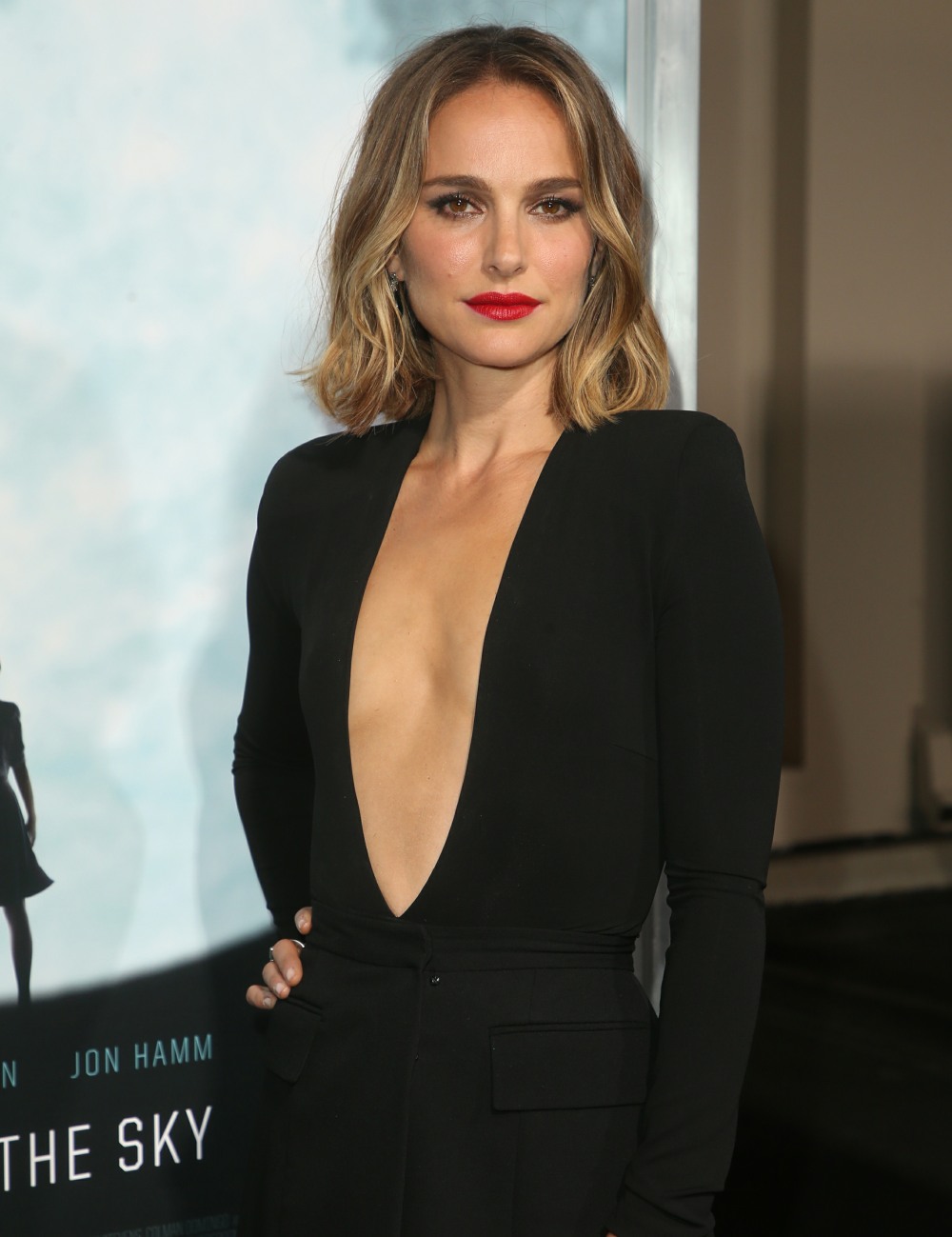 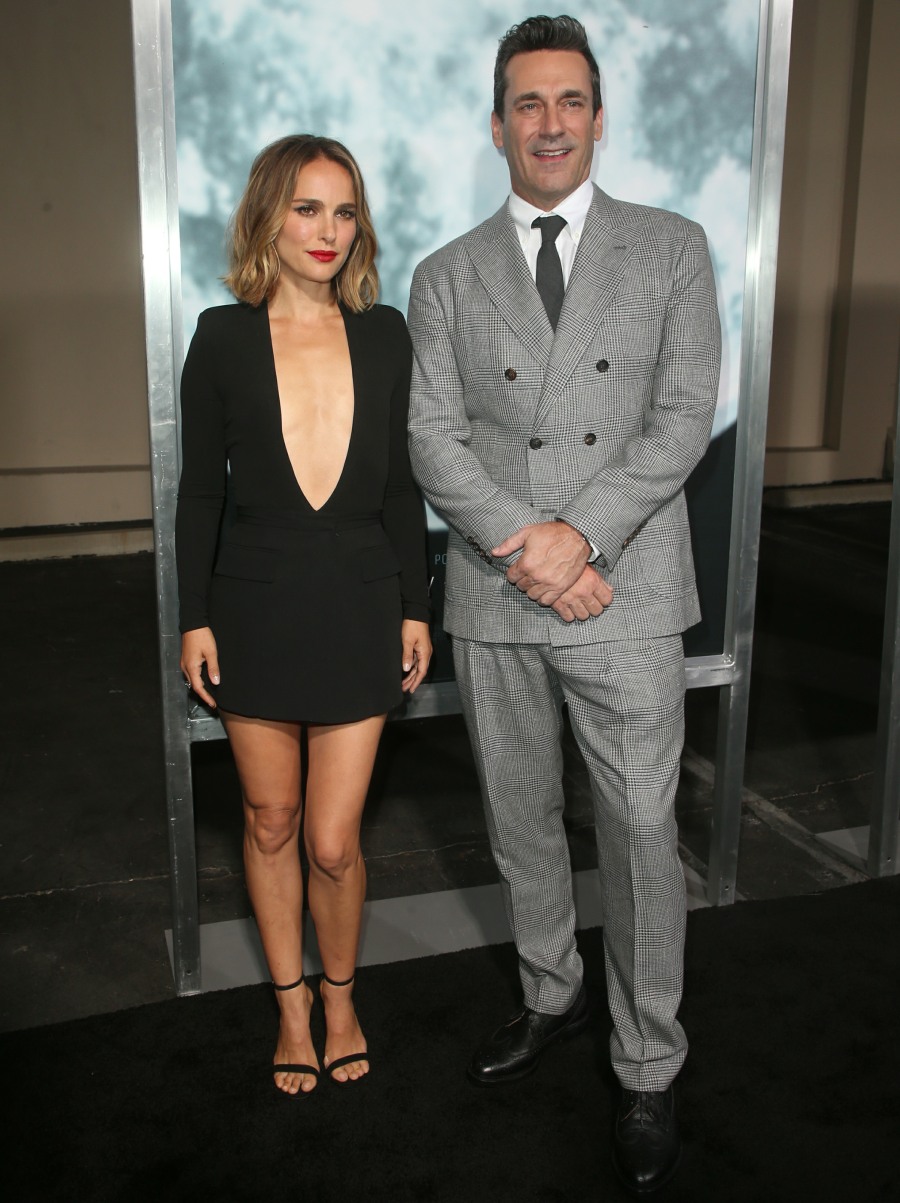 25 Responses to “Natalie Portman’s astronaut movie, ‘Lucy In the Sky,’ doesn’t include diapers”