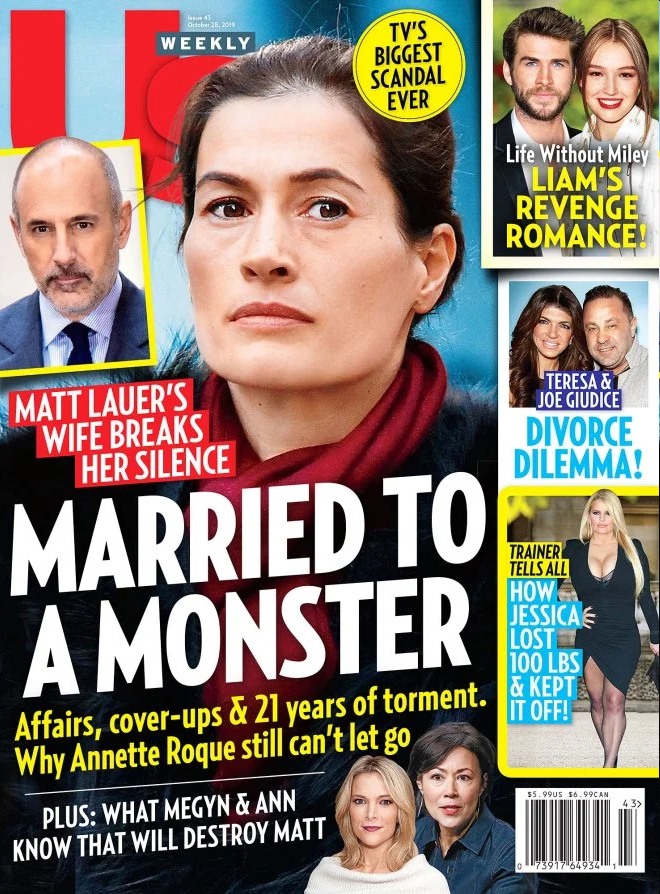 I feel the same way about Annette Roque that I felt about Georgina Chapman. Both women were married to abusive predators, and both men used their marriages as cover for their behavior and crimes. I’m sure both women were victims of their predator husbands in various ways. But… their stories shouldn’t be the focus? The situations are different, for sure, and I’m actually quite sure that Roque was trying to get away from Lauer for years and years before she finally escaped. But do we need Roque to become “the sympathetic victim” on magazine covers right at this moment? No. We don’t. But that’s what’s happening.

Throughout the very public demise of her marriage to Matt Lauer, Annette Roque remained tight-lipped and poised. But now as new and shocking rape accusations are being leveled at her ex, sources exclusively reveal in the new issue of Us Weekly that the former model lived through torment during their 20-plus-year union.

“Annette wanted out of the marriage for a long time,” says an insider. “She stayed for Matt’s career — and, more important, for their kids,” Jack, 18, Romy, 16, and Thijs, 12. But in the last five years, especially after Lauer, 61, was fired by NBC amid sexual misconduct allegations in 2017, “she’s been through hell.” For starters, the disgraced Today host’s extramarital affairs played a negative role in their long relationship. “There were cracks in the marriage from very early on. Matt has always been a ladies’ man, and there were affairs in the beginning.” When he promised to change, Roque “chose to believe Matt’s denials,” says the insider.

Living with Lauer wasn’t easy for the Netherlands native, 52, either. “Matt’s a total control freak,” says another source, not to mention a neat freak. “Nothing was ever out of place, and he expected this same quality in his wife too.”

Following the new claim — that Lauer allegedly raped his former NBC News colleague Brooke Nevils in her hotel room while they were covering the 2014 Sochi Olympics — Roque broke her silence for the first time, saying that her children were her priority. And in light of the most recent headlines, she has no regrets. The first insider adds: “Annette knew she made the best decision for herself and the kids by filing for divorce.”

“Matt’s a total control freak…Nothing was ever out of place, and he expected this same quality in his wife too.” That gave me a chill. Sleeping with the Enemy vibes, right? As I said, I’m sure Annette has had a terrible time and good for her for finally escaping a marriage that seemed toxic and emotionally abusive. But, again, the focus should be on Lauer’s actions, his behavior and the men who helped him get away with it for so long. The need to make Roque sympathetic and put her as “the humanizing story” at the center of this is kind of awful? You know who needs sympathy? All of the women Matt Lauer raped, assaulted, abused, harassed and destroyed professionally. 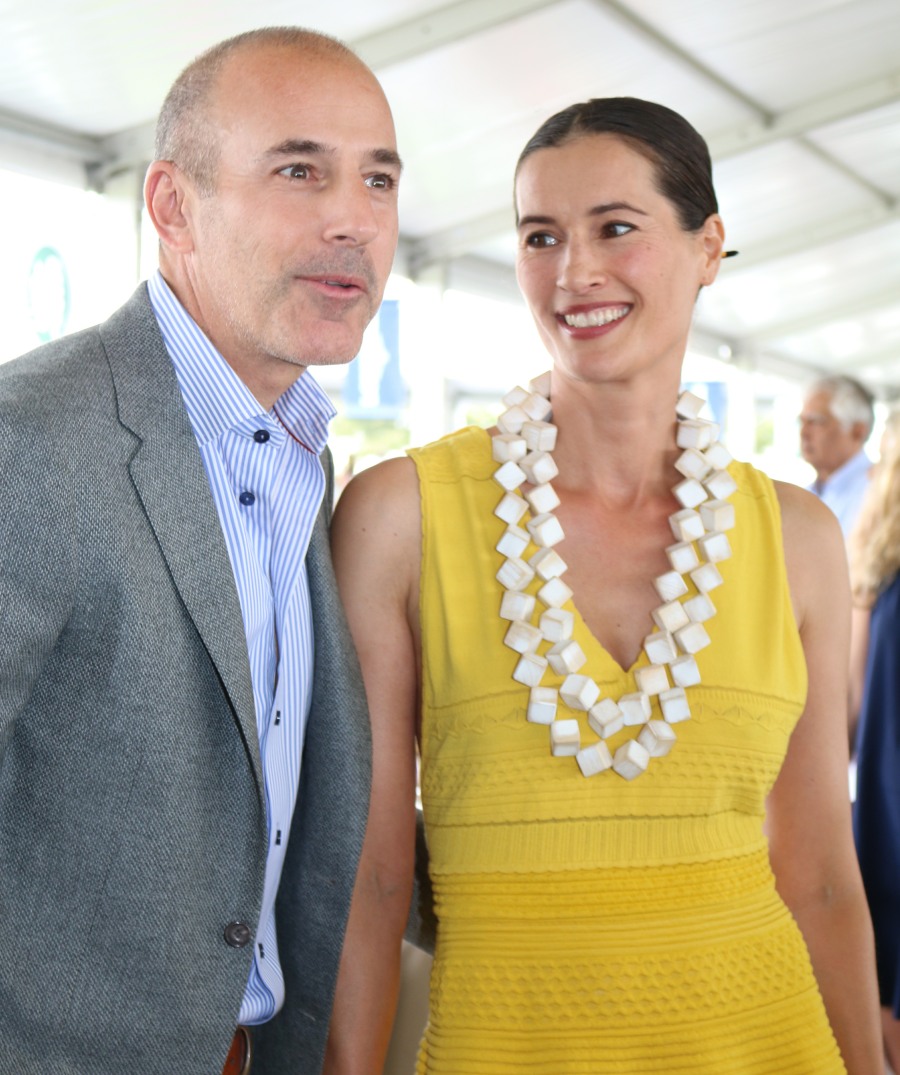 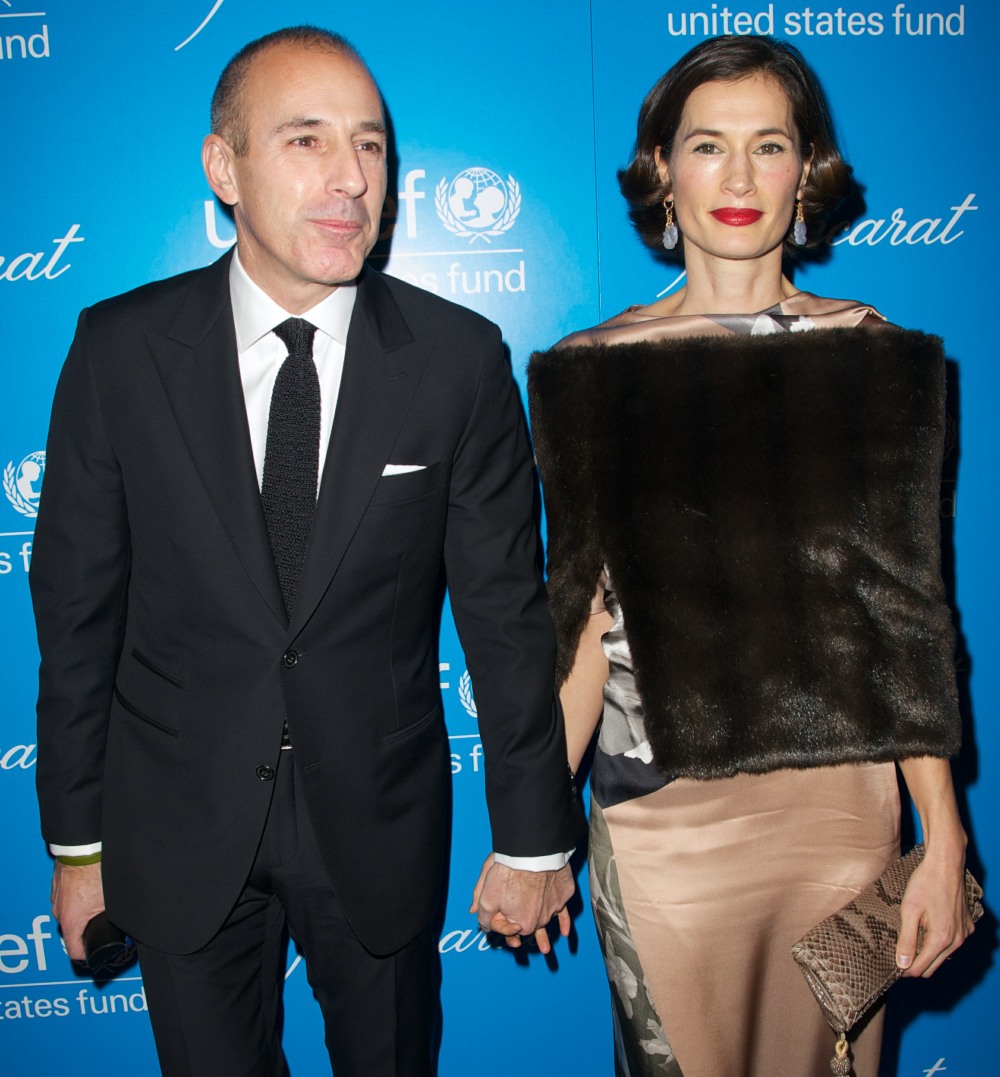