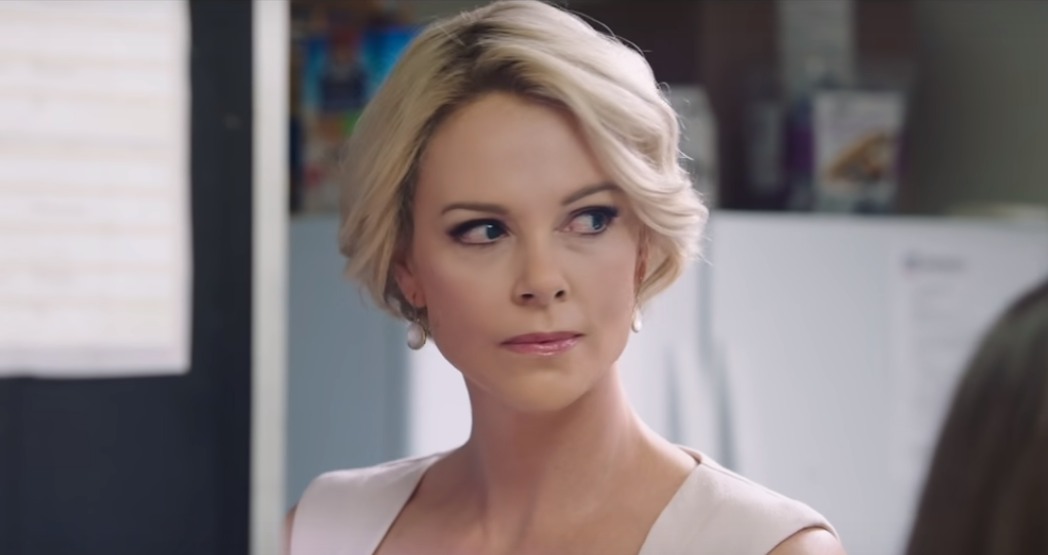 The first trailer for Bombshell stunned me because of Charlize Theron – in the first trailer, you could see Charlize’s Megyn Kelly and she looked SO much like Megyn Kelly, it was spooky/eerie. The second trailer came out last month and you can see more of Charlize’s Megyn, Nicole Kidman’s Gretchen Carlson and Margot Robbie’s character (who is not based entirely on a real person). Charlize is still the stand-out here:

After watching that, my question is: how did the makeup people get Charlize’s Megyn Kelly drag SO right, and then just phone it in on the rest of the cast? Nicole Kidman doesn’t look anything like Gretchen Carlson and it’s clear no one even tried to make her look like Carlson (beyond the wig, arguably). John Lithgow’s fat-suit and face prosthetics look budget AF. Charlize is the only one who actually tried. So, just what did they do to her to get her to look so much like Megyn Kelly? Prosthetic EYELIDS!! From THR:

THR: Your physical transformation into Megyn Kelly is quite striking. How was that achieved?
Theron:
We worked with the greatest [special effects makeup artist], Kazu Hiro. It’s really hard to get him to do new stuff. But I did a lot of begging and he came on and designed eight [prosthetic] pieces for me. Two of them basically covered my entire eyelids. It was very intricate work. Intricate work where you still need to be able to do what you need to do, like blink.

Again, though, how did Charlize get such high-quality prosethetics when everybody else didn’t? Charlize had to step in at the very last minute to “rescue” the film as a producer, maybe that was how – she was truly THE BOSS. At least now I know how much a person’s eyelids can affect the way their face looks like Megyn Kelly’s.

Here are some photos of Charlize at her American Cinematique Award thing on Friday, November 8th. She wore Dior! I still hate her hair. 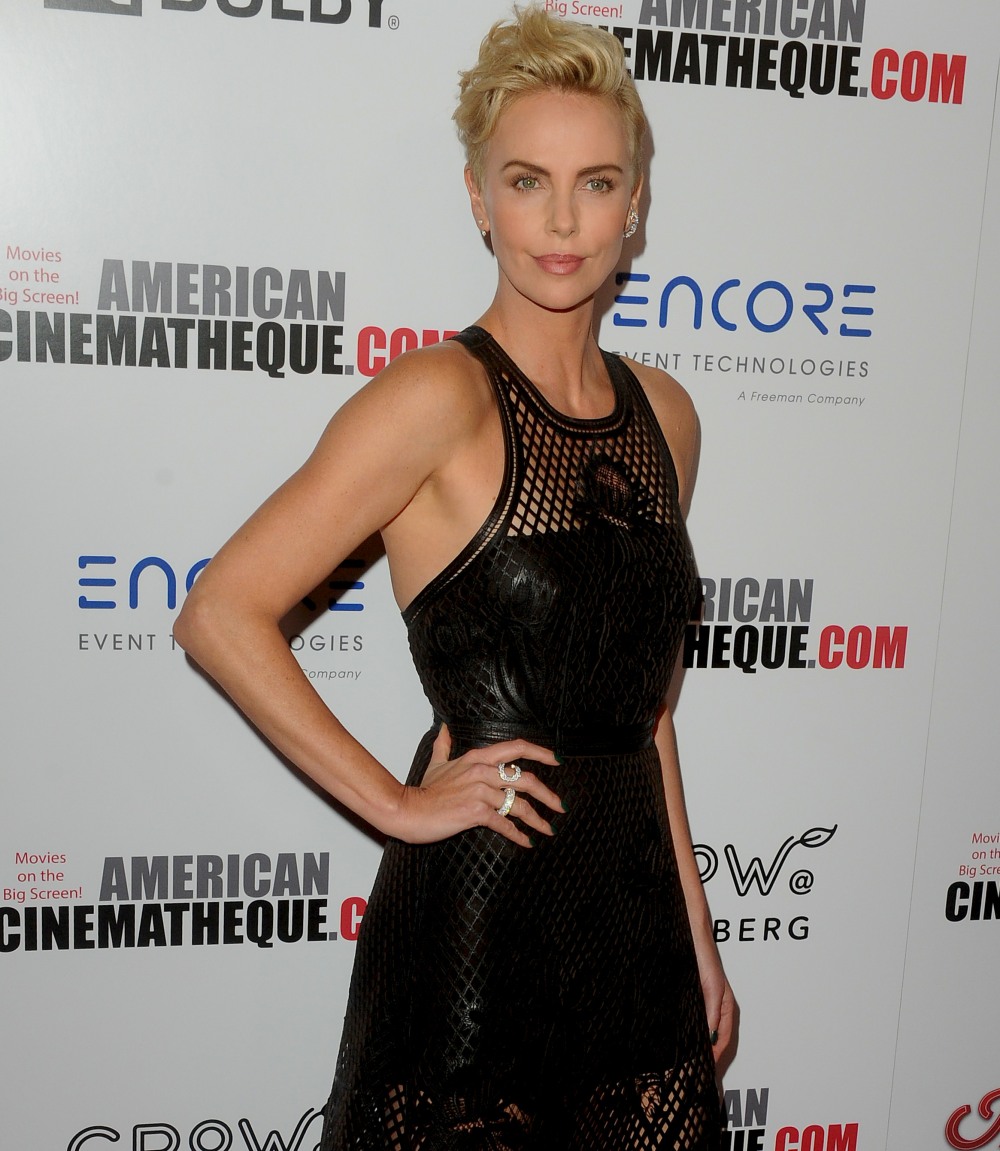 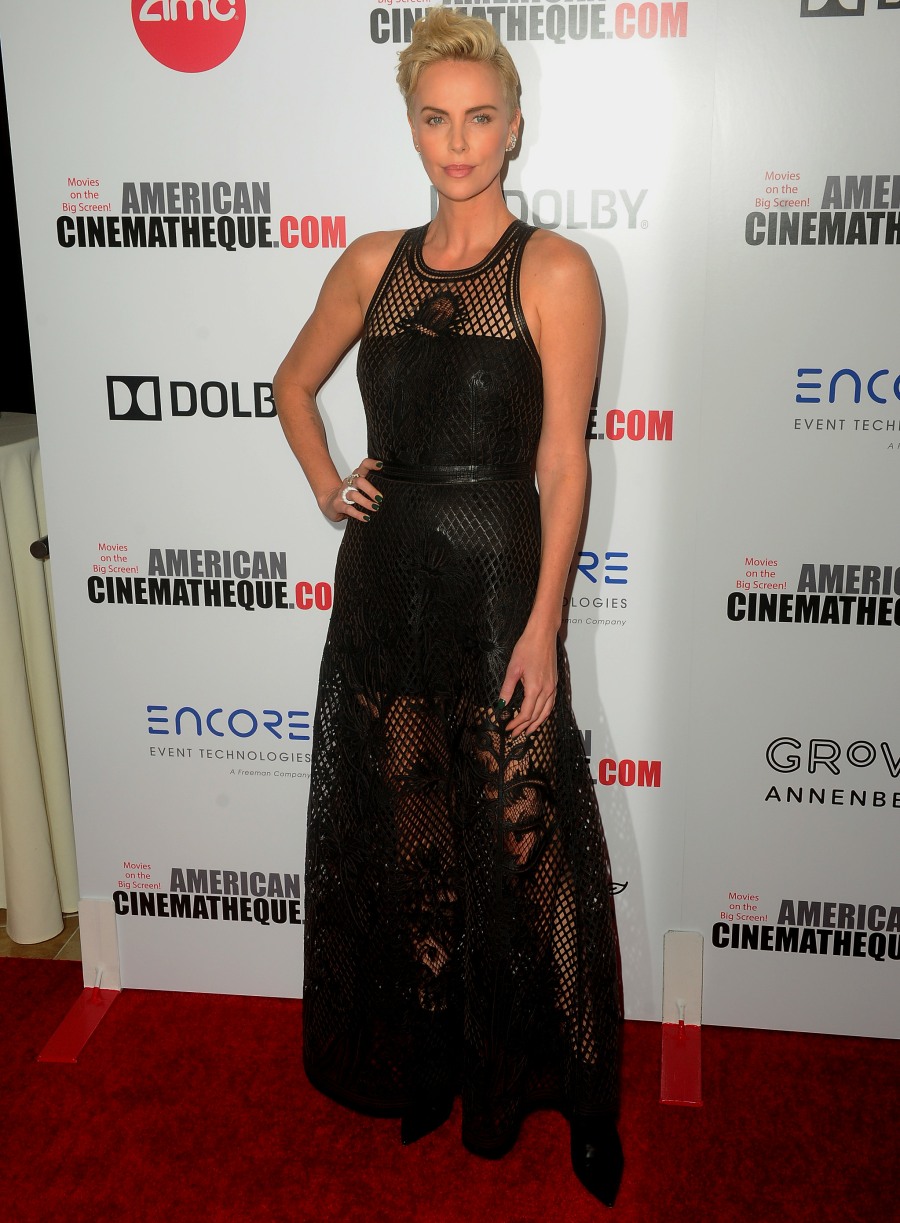