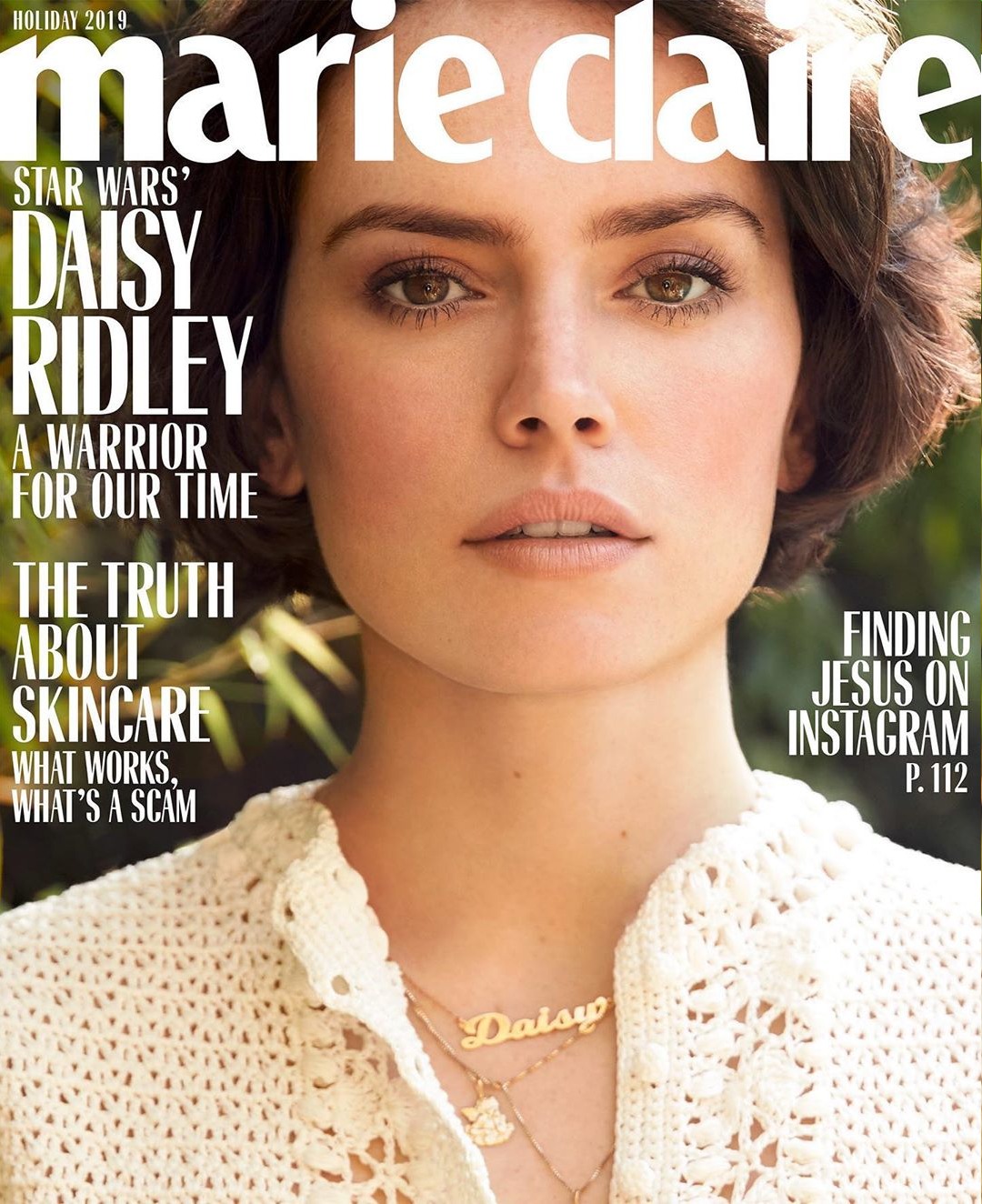 Congrats to Marie Claire for making their Daisy Ridley cover look like a cute magazine from the 1970s. I love the cover except for the fact that they cut off part of her head for no reason. They didn’t need to crop the image that tightly! Anyway, Daisy covers MC because she’s promoting Star Wars: The Rise of Skywalker and unlike previous promotional cycles, Daisy seems to be in a much calmer place. She’s been living inside a Disney tornado for the past four/five years and she’s only recently figured out how to manage it. It’s actually pretty remarkable that she hasn’t had any public meltdowns when you think of all of the bulls–t she’s been through. Daisy talked about all of that in more in this Marie Claire piece – you can read it here. Some highlights:

She’s a chegan: Ridley forsook meat products after watching Simon Amstell’s cautionary mockumentary Carnage, though she calls herself a “chegan” due to the occasional sushi cheat.

She describes herself as an introvert who presents as an extrovert: “My mum said when I was little, there was a party, and I ran in and shouted,‘I’m shy!’ Quite loud. And then I ran out.”

On her rumored fiancé, Tom Bateman & the delicate diamond solitaire on her ring finger: “It’s a really nice ring that I wea… Oh my God. It’s the first time I’ve publicly been asked this one… The thing is, I’ve never talked about my personal life. So I won’t talk about it now. I’m so aware of how much information about my life is out there, so if there’s one thing I don’t want to talk about…”

On fashion: “I’m constantly trying to be a better, glammer version of the person I am. I’ve never liked my wardrobe. I think I’m just more scruffy. But I love wearing heels and fancy clothes.”

On The Rise of Skywalker: “The third one for me was the best. It’s a big film for everyone. I did all of the emotions: I did frowns, I did smiles, it was the sort of biggest breadth, and I think that’s also why I had such a good time, because I got to do so much sh-t—like, physically, emotionally—and I got to work with so many people.”

They filmed in Jordan & got to meet King Abdullah II & Queen Rania: “Rania is fabulous. She is so glam and so smart. She is all of the things I wish to be.”

She went into therapy after a run-in with a stalker: “And then I got a bit of therapy after that ’cause I was like, ‘I’m not dealing with this sh-t because I’m too concerned for other people.’ [Now] I just treat myself really nicely.”

I didn’t even know she had a boyfriend, so she’s doing a good job of keeping a lid on her private life. I hope she is engaged! I looked up a photo of the alleged fiance and he’s a cutie. She also talks like someone who went into therapy and found it very helpful and useful, and we can see the tangible results. She used to come across as a ball of anxiety, but she’s learned how to take care of herself and take time for herself, etc. That’s very healthy. 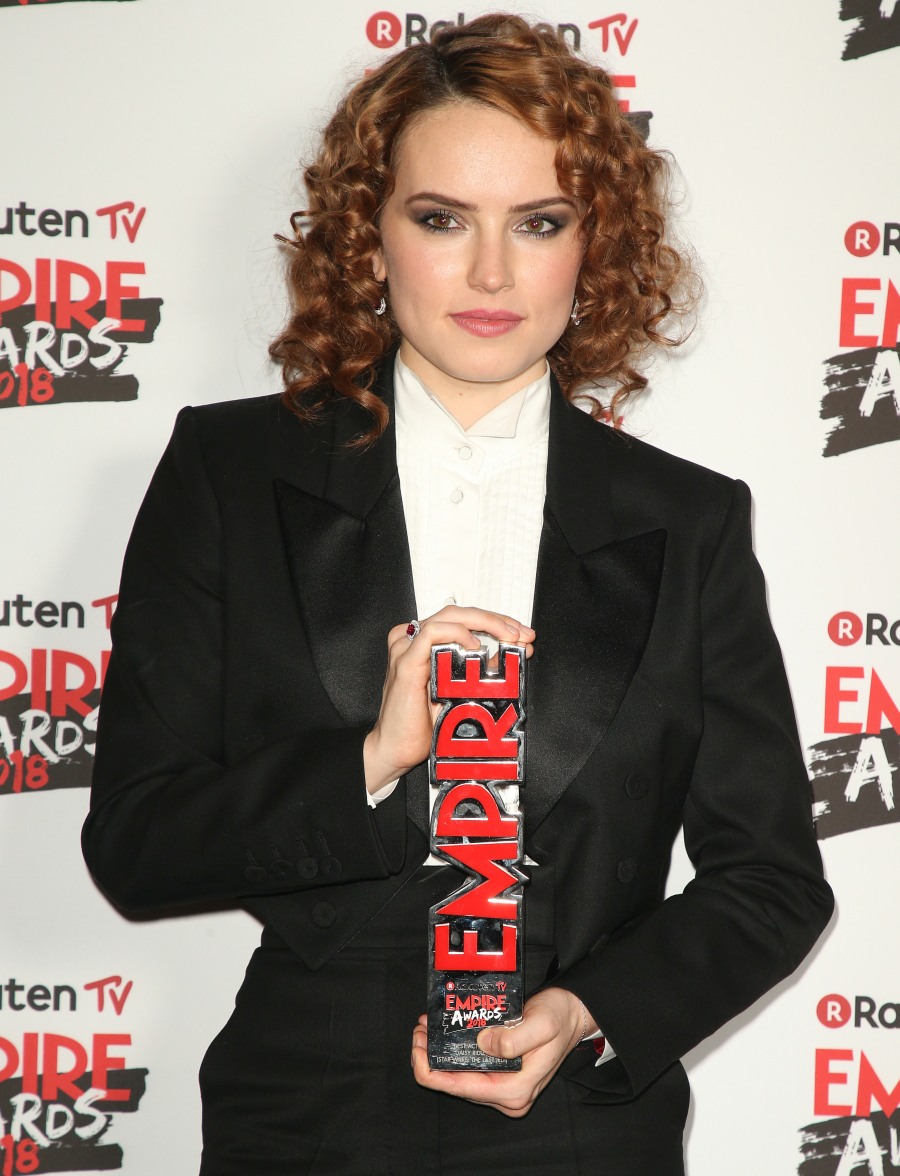