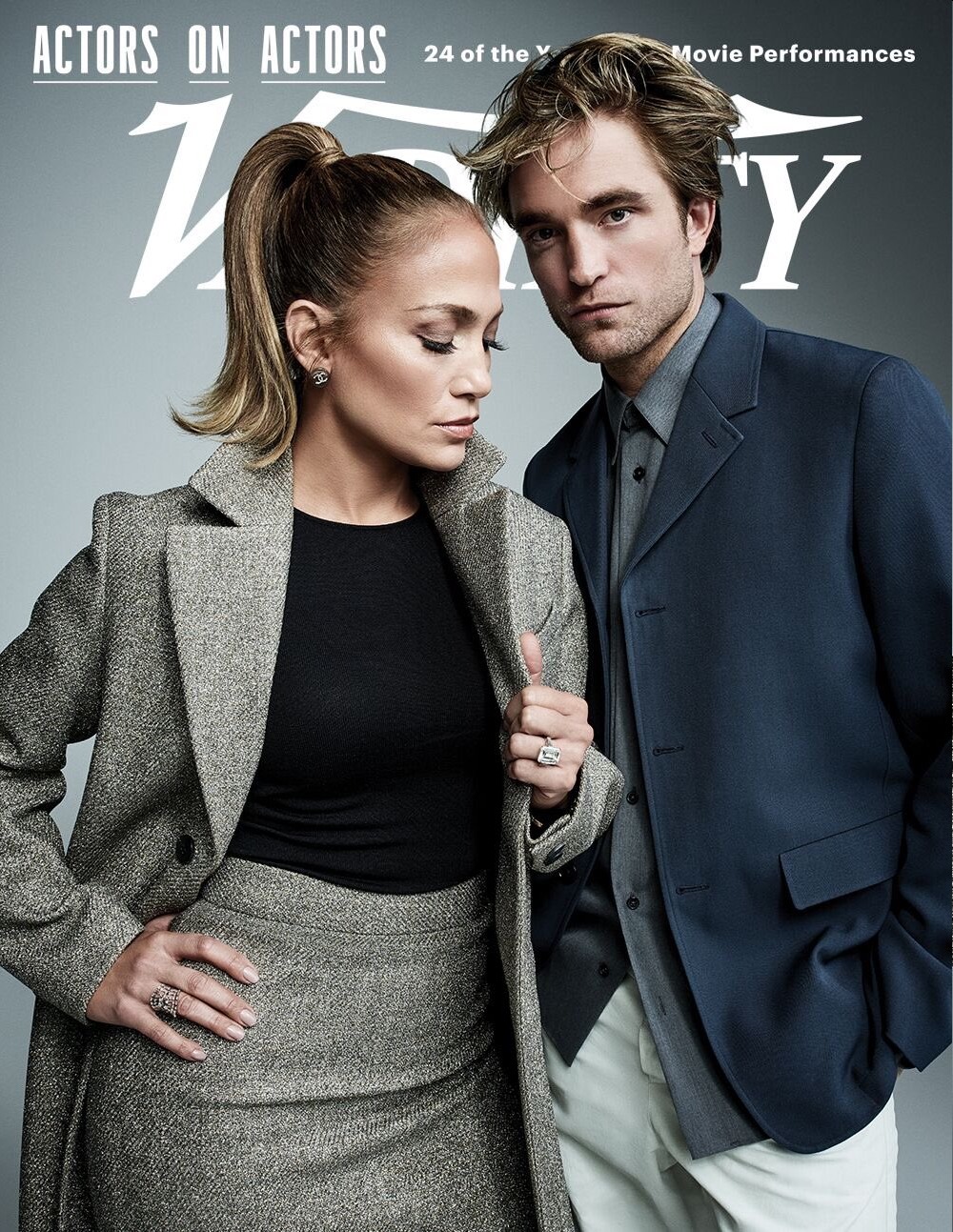 Variety does an Actor-on-Actor interview series ahead of the big awards season every year. Usually, there’s some kind of rhyme or reason to which two actors get put together, like they’ve worked together before or they’ve circled the same films, or maybe they’re simply the same age. This year’s Variety series is absolutely bonkers though. I don’t get why Brad Pitt was put with Adam Sandler, nor do I understand Laura Dern with Sterling K. Brown, or Richard Madden with Amy Adams. But this one takes the cake: Jennifer Lopez and Robert Pattinson. Two people who have been in the manic fame machine and come out of it wiser. But my lord, they have zero in common. At one point, J.Lo called him “Bobby” and I sat here and laughed for five full minutes. Some good sections:

Robert Pattinson: OK, “Hustlers.” Very much liked it. I saw it in the theater, and it was packed. Do you think if “Hustlers” was directed by a man it would be different?

Jennifer Lopez: I think it would be so different if it was directed by a man. I think what “Hustlers” exposes is that men have a very secret life, and they have a way that they think about and look at women that is very objectified a lot of the time. Lorene Scafaria, the director, was really great. It was a nonjudgmental lens. Whereas I think from a man, these women would have been judged, because men put women in categories.

Lopez: You have to love the [bad characters]. When I first saw [Hustlers], I was sick to my stomach. I was like, “Oh, my God, what are they doing!” Then I had to remove myself from it, because when you watch a movie like “Goodfellas” or “Boogie Nights,” you delve into these dangerous, enticing worlds, where you get caught up in doing bad things and it’s a slippery slope.

Pattinson: It always looks way sexier in movies. Whenever you’re in a seedy kind of [club], it always smells weird. It’s like, “This wasn’t what I thought it was going to be.”

Pattinson: Something I was trying to find for years was to do a ballet movie. And then my agent was like, “Why? Do you know how to ballet?” I’m like, “No.”

Lopez: But why? Why, Bobby, tell us?! Is there something fascinating to you about the world of being a male ballet dancer?

Pattinson: I think there’s a ballerina inside me.

Lopez: Yeah, there’s a ballerina in there. It’s the dance.

Pattinson: I really wanted to do it.

Lopez: I feel like some younger actors, they feel like they need to stay in it all the time. And as I’ve done movies for many years now, I can’t wait for the end of the day to let it go, and go home and wash — literally get in the shower and wash it all off.

Lopez: You thought it was going to be a “Lost Boys” type of thing?

Pattinson: Exactly. I mean it’s a weird story, “Twilight.” It’s strange how people responded. I guess the books, they are very romantic, but at the same time, it’s not like “The Notebook” romantic. “Twilight” is about this guy who finds the one girl he wants to be with, and also wants to eat her. Well, not eat — drink her blood or whatever. I thought it was a strange story. Even the way I promoted it, I was very open about how strange I thought it was when I was doing it. Then afterward, I didn’t make a conscious decision at all to do smaller things. I’ve just kept doing what I wanted to do in the first place.


BOBBY. His name is Bobby Sparkles now, sorry I do not make the rules. Bobby Sparkles has always been rather charming in interviews, and I feel like he sort of charmed Jennifer in a weird way. He makes her laugh a few times but she’s super-earnest. I also think he might be slightly in love with her too? He was trying to talk to her about The Cell, and she changed the subject to vampires and the line about “this guy who finds the one girl he wants to be with, and also wants to eat her” is hilarious.