You messed with the wrong b*tch, @krisjenner 😜😂 We’re back this Sunday! Watch a new episode of Keeping Up, Sunday 9/8c on E!

I hate food waste. It’s one of those things that just irritates me to no end. Maybe it’s because my Indian father was obsessed with NEVER EVER wasting food, and that was drilled into me from infancy. If there’s a plate of food in front of you, you eat it. You don’t throw anything out unless it’s gone bad, and even then, expired food needs to be tested to see if it’s still “okay.” I sent a plate of food back at a restaurant ONE TIME in my life and I still remember it and worry about it because I know that the restaurant likely just tossed the pasta in the trash and that makes me want to cry (even though the pasta was gross & inedible). So obviously, I don’t find “food fights” very funny. It’s not funny to throw lovingly prepared food – because food is love, damn it – around for hilarity. I realize that not everyone feels the same way. But this staged food fight between the Kardashians is so gross to me. SO WASTEFUL.

Meanwhile, Khloe Kardashian is still trying to convince people that Tristan Thompson is constantly trying to get back with her. Do you believe that?

Tristan Thompson and Khloé Kardashian will be spending a lot of time together in the coming weeks as they try to celebrate the holidays harmoniously for their child — but that doesn’t mean the pair will be rekindling their romance. Despite Thompson’s best efforts to romantically reunite with his ex, a source close to the Keeping Up with the Kardashians star tells PEOPLE that Kardashian, 35, is not interested and continues to move forward for the sake of their 19-month-old daughter True.

“It’s hard not to admire Khloé,” the source says of Thompson, 28, and his mindset. “She decided that she was going to be in a good place with Tristan, because of True and she really is. She refuses to be bitter and dwell on the past. Tristan still tries to date her, but she doesn’t seem interested. She seems very happy the way things are. She loves just being a mom and focusing on work.”

As of late, Thompson has been putting in a valiant effort to mend his relationship with Kardashian following his cheating scandal in February with longtime family friend Jordyn Woods. Last week, Kardashian showed off a pink balloon arrangement that Thompson had sent her as a gift after the launch of her new pink diamond KKW Fragrance. The balloons spelled out the name of her new scent.

I mean… I think Tristan still flirts with Khloe, but I also think that Khloe wants everyone to think that men – especially exes – are obsessed with her. The “Tristan is desperate to get back with Khloe” storyline has been pushed on Keeping Up with the Kardashians for months. Because I guess they needed that version of the story as opposed to “every guy cheats on Khloe and then she acts like a doormat and stays with them until her delusional fake-ass world comes crashing down on her publicly.” 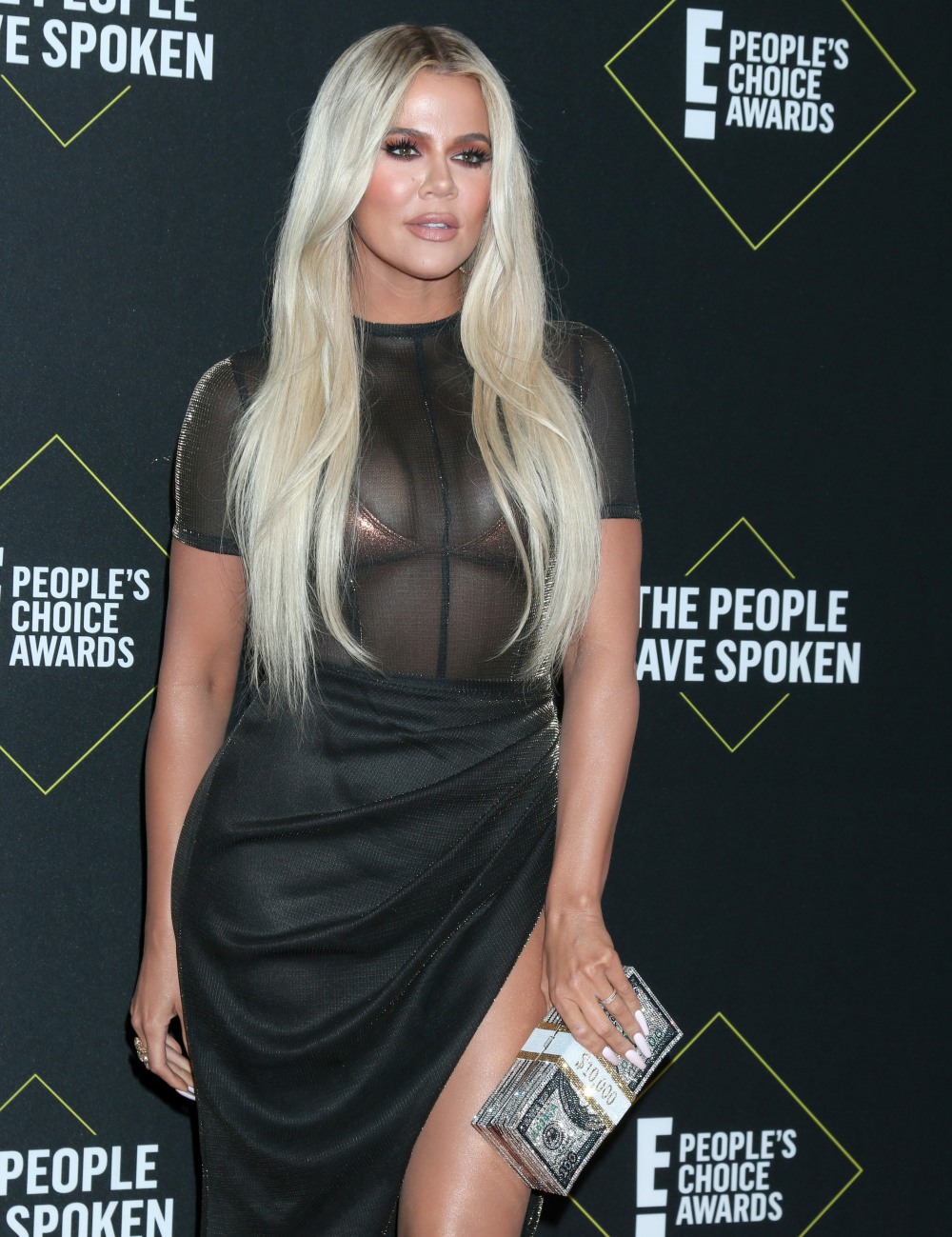