Nicole Kidman on her grief from her father’s passing: ‘I jumped into life, let’s try things’ 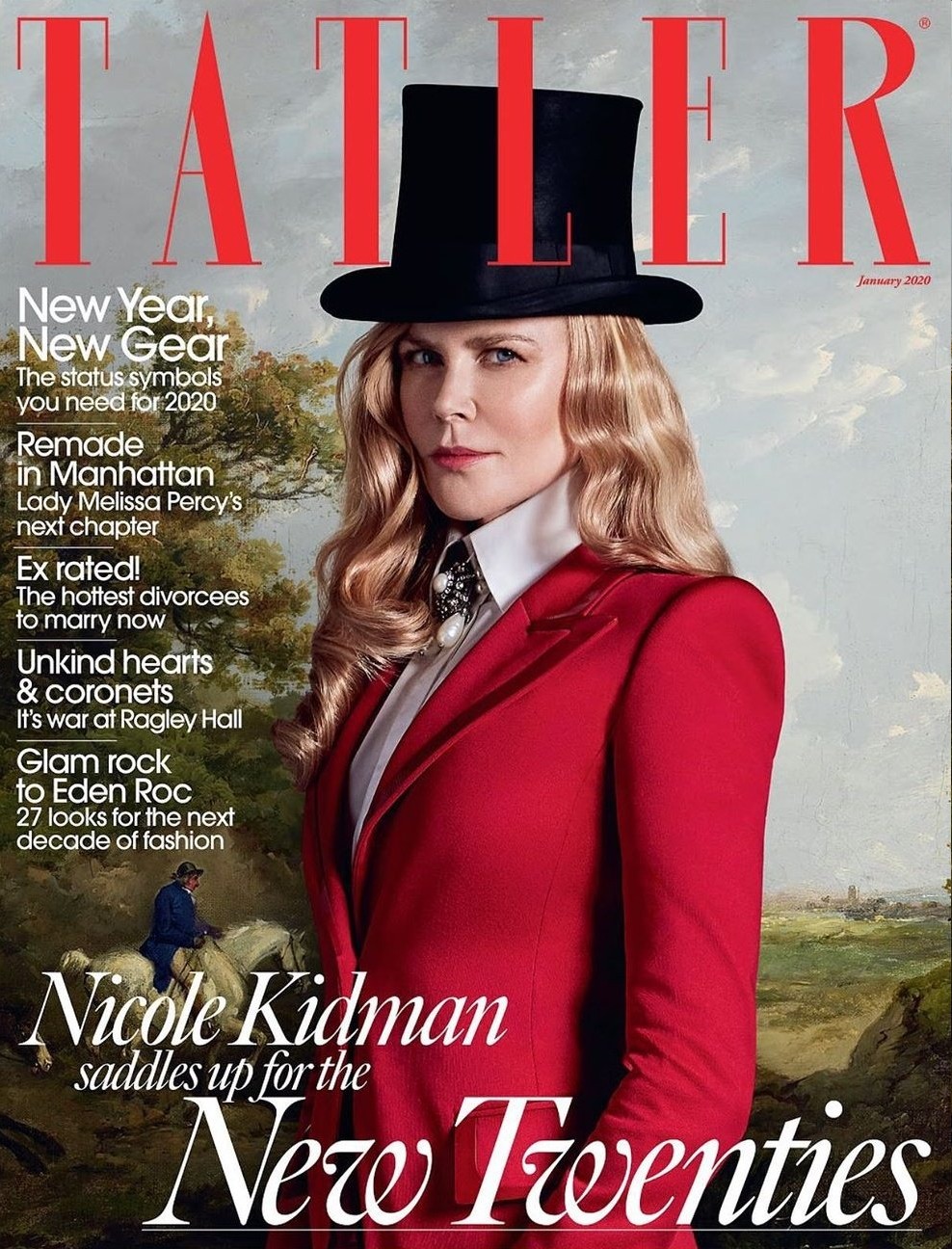 Nicole Kidman covers the January issue of Tatler. This cover is… something. I get that they wanted her to look like a fancy British painting and that kind of styling is sort of cool and different. But… yeah, I guess. I’m always bitching about how magazine styling has gotten so boring/bad, so at least they tried something else. Nicole is promoting Bombshell, but mostly she just talks about home life, life lessons, grief and parenting. Some highlights:

The marriage journey: ‘I think it’s just a journey. And the first thing is there’s no right and wrong. There’s just different children. I once got this wonderful advice from my grandmother. She said, “Every child is given some adversity. Where you’re born. What you’re up against. Your parents get divorced.” There’s always going to be problems. And the greatest thing is that the love is enough.’

Traveling a lot with small children: ‘Who knows? When they’re older, they’ll probably think, “My parents dragged me around the world. I’m never leaving this one town.” Kids can be quixotic. Kids can be perverse. And there’s nothing you love more. When that shift happens, and you [become a parent], it’s a cataclysmic change. Everything shifts. That depth of love is unfathomable, and deeply painful, and extraordinarily joyful.’

Losing her father in 2014: ‘My three-year-old said, “But you’re not going to be sad like this tomorrow, are you?” That’s when you realise, y’know, you have to be OK. Because they need to know that they’re safe, that their mother isn’t going to fall apart.’ She adds, ‘Inside? I was beyond shattered. But I had to rally.’

How grief changed her life: ‘I jumped in to life. Let’s go on a plane. Let’s try things. Let’s go for it. Because who knows, right? I was never going to do theatre again. I didn’t think my heart could handle the adrenaline and the fear.’ Then, in 2015, she agreed to a role in Photograph 51, a play about the pioneering scientist Rosalind Franklin; her first show in 17 years. ‘But it was about a scientist. My father was a scientist. I had his photo in my dressing room. I would look at it every night before I went on… It was intense. But I’m glad I did it. It was one of the greatest times in my life.’

Honestly, when my father passed away, I didn’t feel any of that “let’s try things, let’s go for it.” But I could truly see myself feeling that way if my mom passes away. I think what drives it is that feeling of emptiness, that grief of “nothing matters right now.” I felt that emptiness when my dad died and I am still dealing with it, actually. As for Nicole and Keith raising their kids on the road… it’s funny that Nicole has never really been criticized or mom-shamed for it, unlike other actresses. I don’t think any parent should be shamed for it, but I’m just pointing out the weird double-standard.

The rest of the Tatler photos are just… weird too.

21 Responses to “Nicole Kidman on her grief from her father’s passing: ‘I jumped into life, let’s try things’”