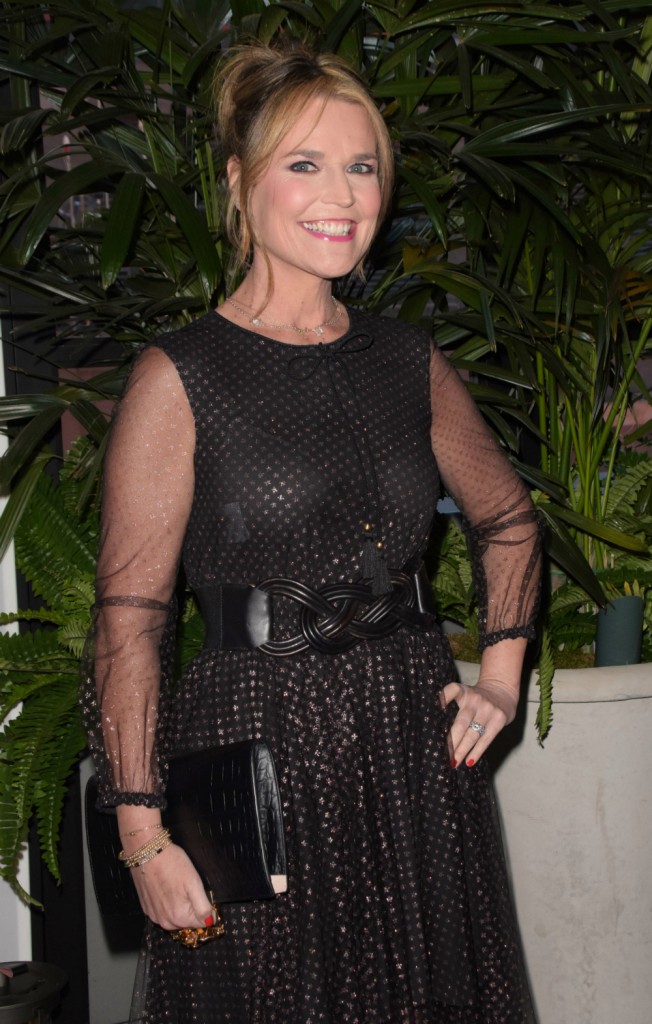 A few weeks ago, Savannah Guthrie was absent from her chair on the Today Show. Since sudden changes with Today co-hosts has left me gun shy, I really hoped Savannah was okay. Turns out she was… mostly. Her job was safe, thank goodness, but her eyesight wasn’t. Savannah’s three-year-old son Charley had launched his toy train and unfortunately, Savannah’s right eye caught the brunt of it, tearing her retina. She’d hoped that laser treatments could fix the issue. But they didn’t, and she had to undergo retina reattachment, the recovery for which is particularly brutal. But since the alternative was to lose sight in that eye, it was worth it.

It only took a few seconds for a sharp toy train to leave the hands of Savannah Guthrie’s 3-year-old son Charley and hit her in the eye — but three weeks later, the Today anchor is still in recovery.

For two weeks, Guthrie, 48, was hopeful that she could avoid retinal surgery — while it’s a simple procedure, the recovery is grueling, requiring patients to sit facedown for much of the 1 to 3 weeks after surgery — and continued anchoring Today each morning while going to doctors for laser surgery, in an attempt to less-invasively reattach her retina.

But the laser treatments were unsuccessful, and doctors decided Guthrie needed the full retinal surgery on her right eye. The night before, on Dec. 11, her vision went from blurry to dark.
“The retinal tear had deteriorated sharply, and I lost my vision,” she tells PEOPLE. “And that’s what happens if you don’t fix this: You lose your sight.”

“It’s uniquely challenging, this recovery,” she says. “Your body starts hurting in different places, lying down like that.”

Guthrie hopes to return to the Today desk before the week of Christmas, but she admits that she’s not exactly camera-ready right now.

“If this eye looks anything like it does right now, I would not do that to America,” she says with a laugh. “It’s pretty ghastly. I look like a prizefighter…who lost.”

I wonder if Savannah’s right eye going dark the eve of her surgery is helping her during this time. She had a taste of what would happen if she didn’t have the surgery and, thank God, was able to save her sight. That must make all the unpleasantness and pain more bearable. It still looks awful, though. I included Today’s IG photo of how Savannah has to sit during the recovery below. That would be grueling for two weeks when you have small kids and holiday preparations to think about. I’d drive myself crazy with a to-do list that I can’t do anything about. (Unless she’s allowed to read a book with the healthy eye, that might be worth the face-down time.) Also in the photo below is Charley who is comforting Savannah. Fortunately, Charley is at an age that he won’t really make the connection that he is the reason Mom is still suffering, which is a relief to Savannah who said, “I would never want him to feel responsible.”

As for returning to Today, eye injuries always look terrible, regardless of how severe they are. I don’t think Savannah will be back to Today before Christmas as they’d hoped. Savannah spoke about having never been happy about her appearance, I suspect she won’t want to see herself on camera with her injury. (Obviously, she needs to do what’s best for her recovery, but this is a real opportunity for bedazzled eye-patches.) I hope Savannah continues to have a smooth recovery. Anything involving the eye is so painful. I scratched my eye with a mascara brush ten years ago and I still wince when I apply it now. I can’t imagine what she’s going through. I’m glad she’ll keep her vision, though. That must have been scary. 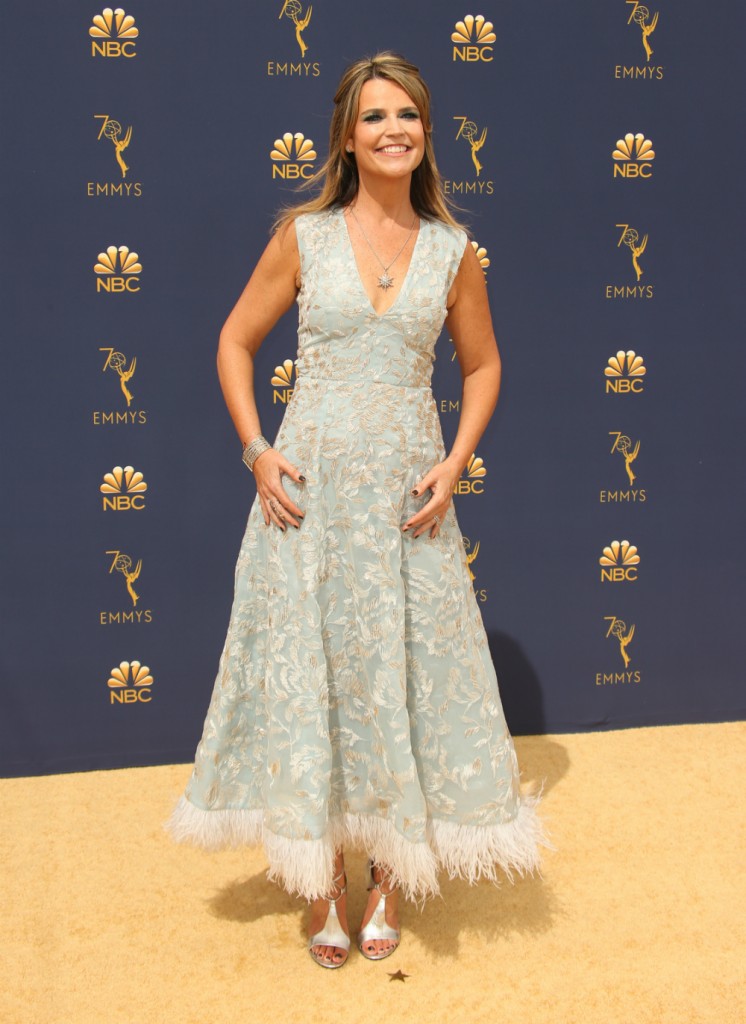