Pippa Middleton spent time on a boat in St. Barts with her two favorite Jameses 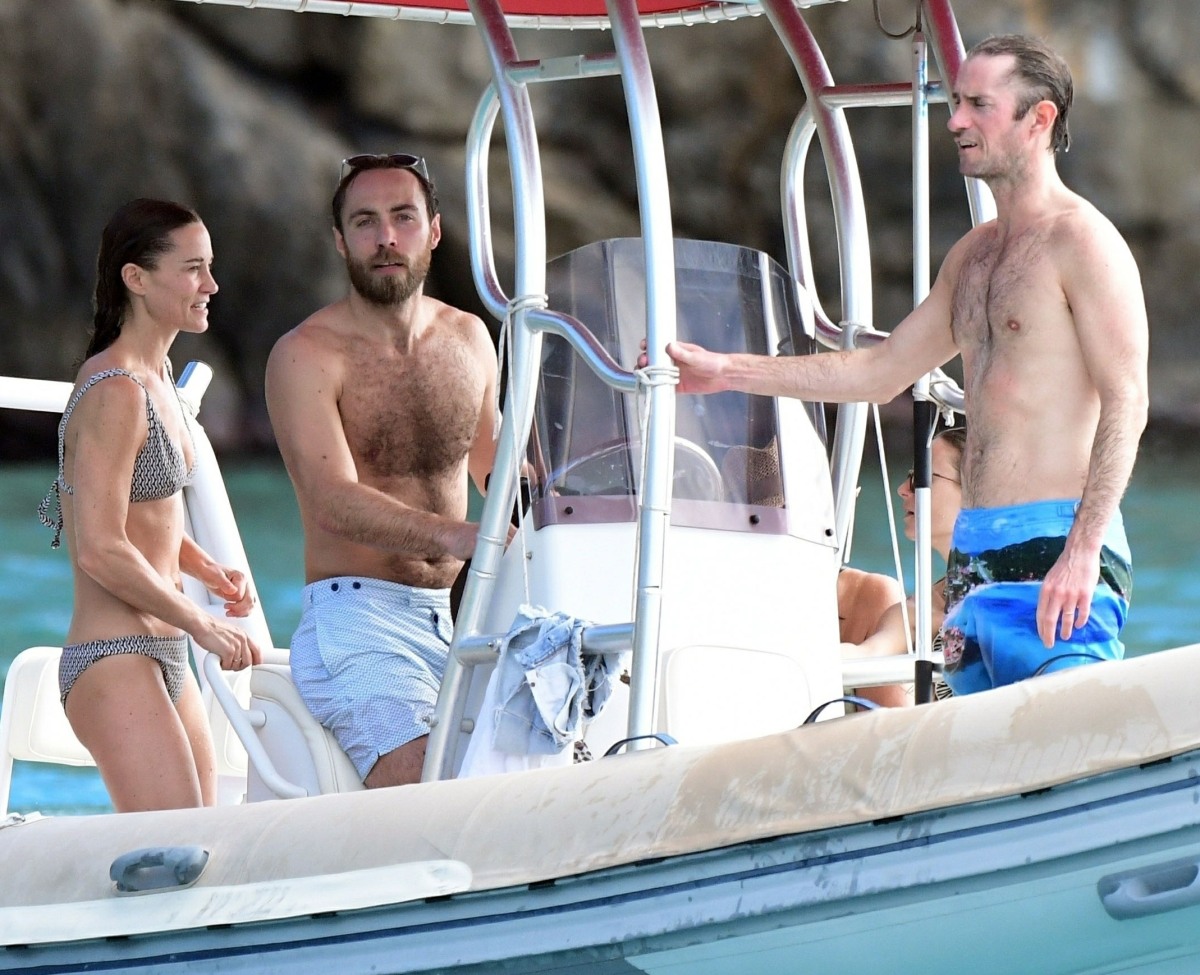 I still think that Carole and Michael Middleton went to St. Barts BEFORE Christmas, but they only got pap’d after Christmas. It’s interesting, as I said before, because the Middletons’ holiday plans usually revolve around Kate and William, and I believe that the Middletons have spent Christmas at Anmer Hall for the previous two years. But this year, everybody in the Middleton fam – except Kate – went to St. Barts, to vacation at the Matthews family’s luxury hotel, the Eden Rock. Terribly Moderately Wealthy James Matthews had to deal with his in-laws this year for the holidays. I kind of wonder if this marriage was more than he bargained for.

A few days ago, the paps got photos of James Middleton, James Matthews and Pippa Middleton all hanging out on a boat. Carole was allegedly there too, I think maybe she’s in the background (on the boat) in some of these photos. I don’t have much to say here, honestly. Pippa has a nice, athletic figure. I wonder if she and her husband are trying for a second kid. And of course I know some of you messy, thirsty bitches will be lusting after Lord Marshmallow’s furry chest. All I’ll say is that James has a nice body. He always has had a nice body. But lord, I cannot find him attractive.

As for TMW James Matthews… did you see that conversation on Twitter a week ago about dudes who are undercover ripped? I thought TMW James would be undercover ripped, because he’s so athletic, etc. But he’s really… not. I mean, he’s fine. But my expectations were different! Also, can you see how the Middleton sisters have a type? I’ve never seen that before now, but wow, TMW James and Prince William do seem to have a similar look/vibe/energy. 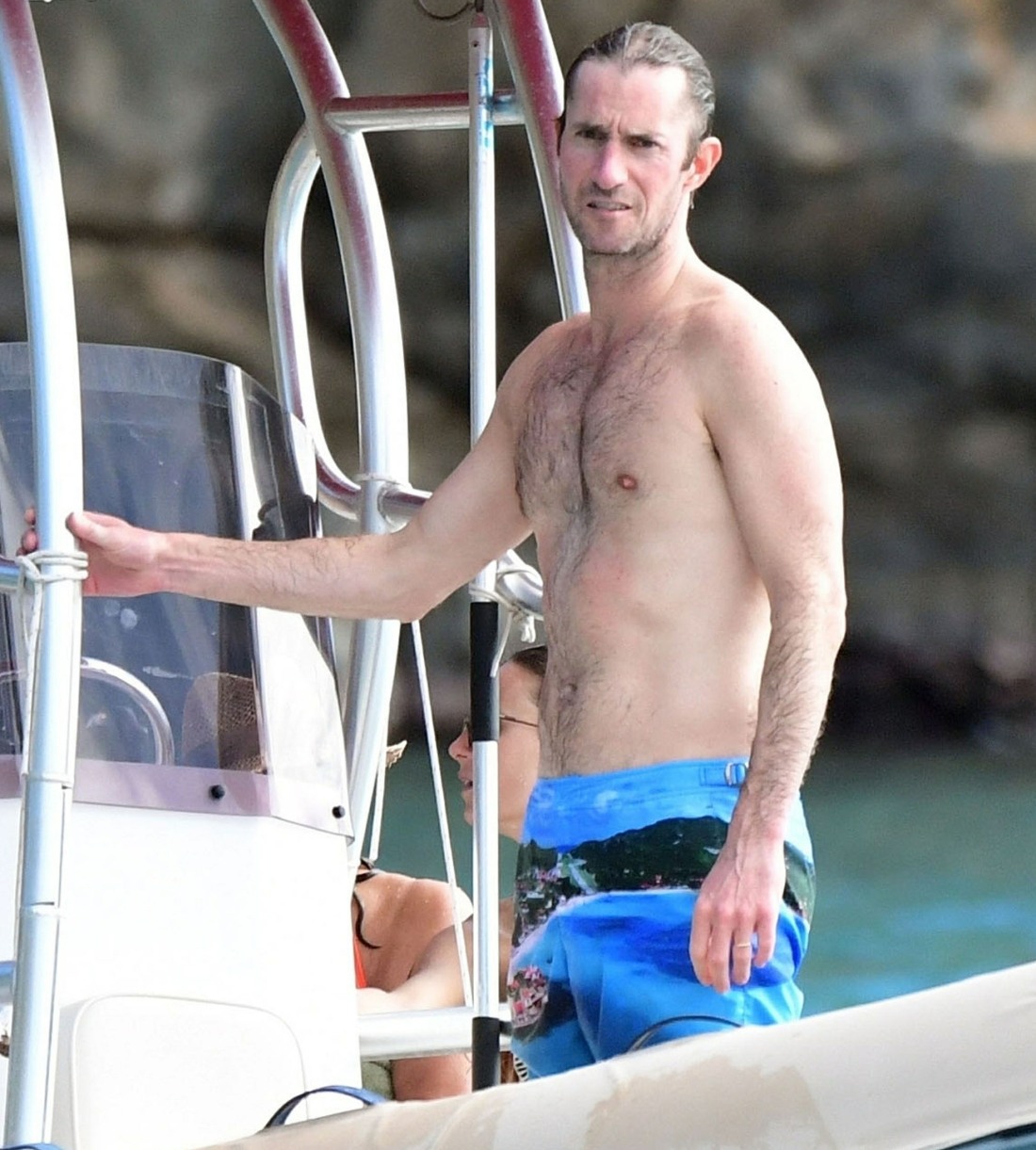 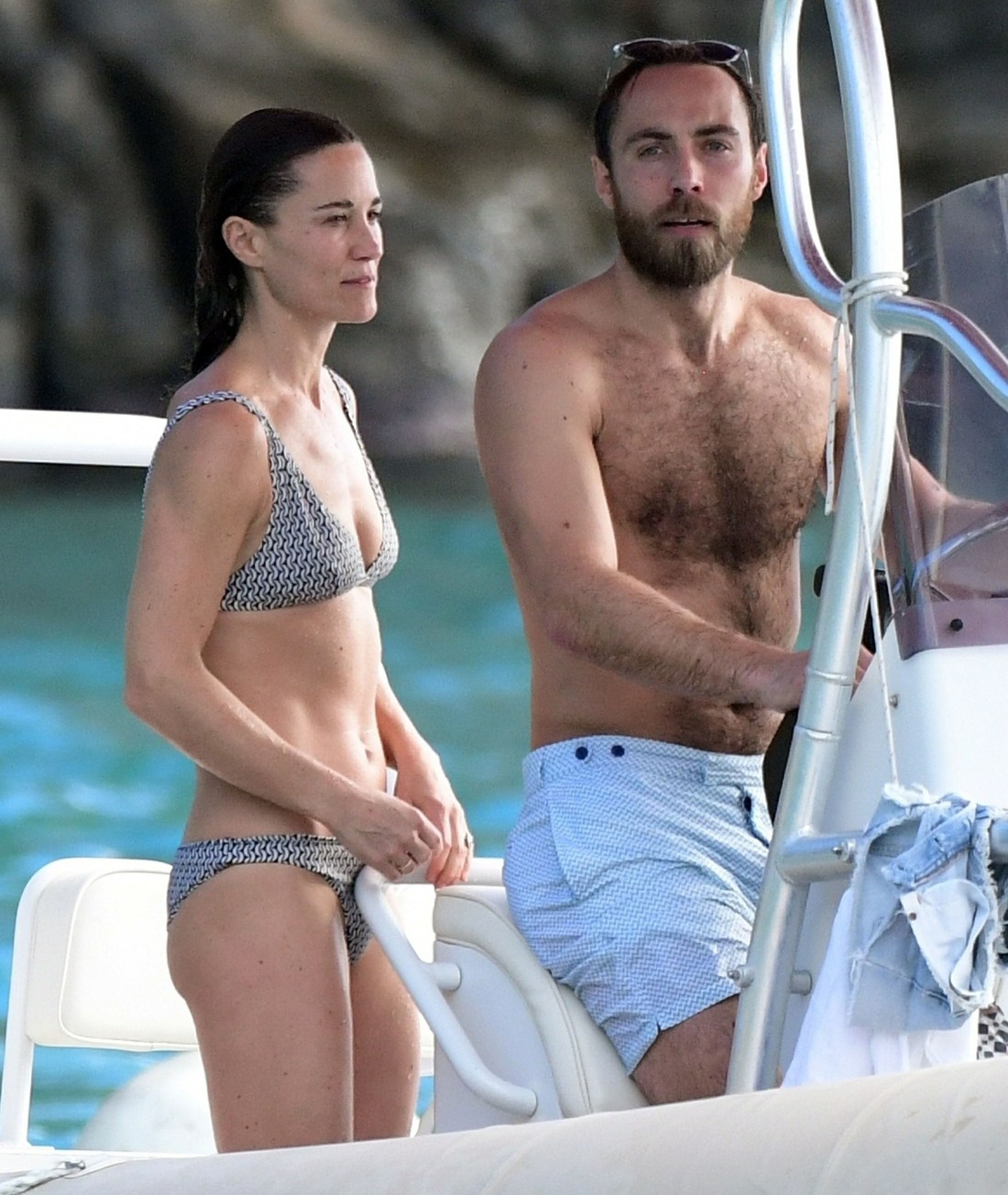 78 Responses to “Pippa Middleton spent time on a boat in St. Barts with her two favorite Jameses”