Lupita Nyong’o: The actor’s life can be so lonely, intense and isolating 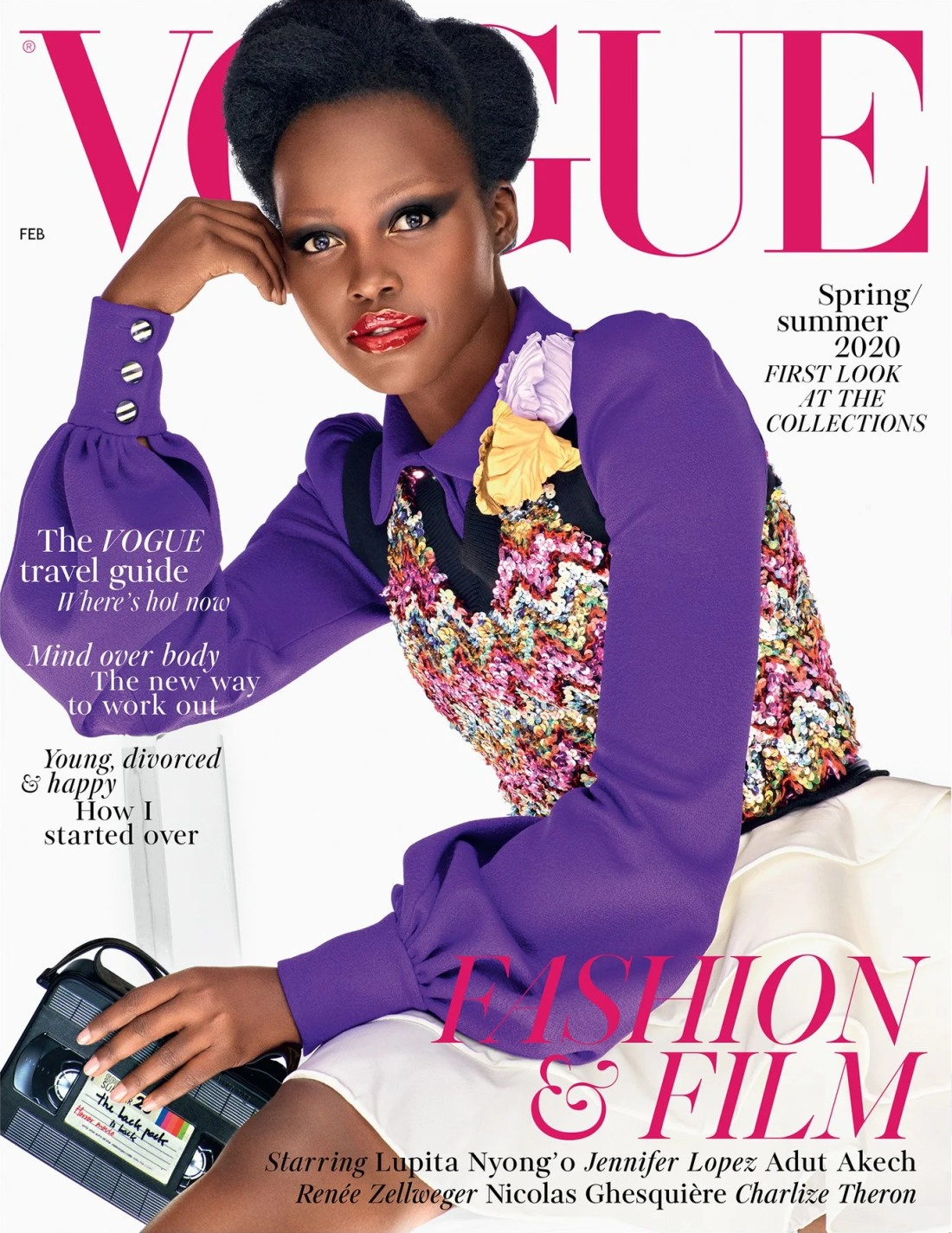 It feels like all of the elements combined on the February British Vogue cover should not work at all. The white skirt with a rich purple blouse and sequined sweater vest, Lupita Nyong’o with that makeup and the “VHS” purse… it’s an odd combination. And yet it really works? This just solidifies for me: Lupita can pull off nearly anything sartorially. Plus, she’s one of the most photogenic women in the world. British Vogue really gave Lupita the star treatment too – they did a separate piece with Lupita’s long-time stylist Micaela Erlanger, who is largely credited with working closely with Lupita and various designers to create the perfect looks for every occasion. Vogue also did a cerebral interview with Lupita too – you can see the first excerpt here. Some highlights:

What she wants out of her life & career: “It’s passion. I definitely want to claim ambition, but I get very compulsive about the things I am passionate about, to the point of not sleeping. It’s very impractical. I fight the barriers that I form for myself, because they’re often ridiculous.”

Starring in the adaptation of Chimamanda Ngozi Adichie’s novel Americanah. “I had never seen the African contemporary experience explored, celebrated and analysed in such a way. The observations she makes as a non-American black person about America are things that I had never articulated but had felt. I was just madly in love.”

Her life after winning the Oscar: Nyong’o has given herself “permission to take things slow”, carefully picking the projects that allow her to make a difference. “I don’t get fulfilment from the number of zeros attached to a project. What I’m seduced by is the potential to shift a narrative. That is very seductive to me, having social and cultural impact.”

She’s not afraid of talking politics: “I speak up for the things I can personally vouch for. There’s a lot going on in this world, a lot of causes that are noble. But I feel most useful when I have a personal connection. And the conviction to say something.”

She doesn’t want to talk about her personal life: “Privacy is a commodity that is hard to come by” – but does concede that her line of work can sometimes be lonely. “Filming is so time-consuming. And intense. With Black Panther, a lot of us were single. On Little Monsters, nobody was single. Everyone, when they’re done with their day’s work, wants to go home to their families, which makes a whole lot of sense. When you don’t have that it’s very isolating.”

Re: the loneliness of the acting life, which is often a nomadic existence on far-flung locations… I can imagine. I think many actors feel that wanderlust and joy of getting to travel so much, but it wears thin after a few years of success. I think Lupita is telling us that she still has a boyfriend, but then again… who knows. I don’t mind NOT knowing who she’s dating, just as long as she’s not dating Michael B. Jordan (lord, I wish that would happen though).

“No matter how much American TV I’d ingested, nothing could prepare me for the truth,” says #LupitaNyongo about the culture shock of moving from Africa to America to study. The actor talks to @OEMarks about transitioning from drama school student to Oscar winner and how giving herself “permission to take things slow” was key to her supercharged success. Read the full interview in the February 2020 issue, on newsstands Friday 3 January. @LupitaNyongo photographed by #StevenMeisel, styled by @Edward_Enninful and concept by @NicolasGhesquiere, with hair by @VernonFrancois, make-up by @PatMcGrathReal, nails by @JinSoonChoi and set design by @MaryHoward_SetDesign.

14 Responses to “Lupita Nyong’o: The actor’s life can be so lonely, intense and isolating”