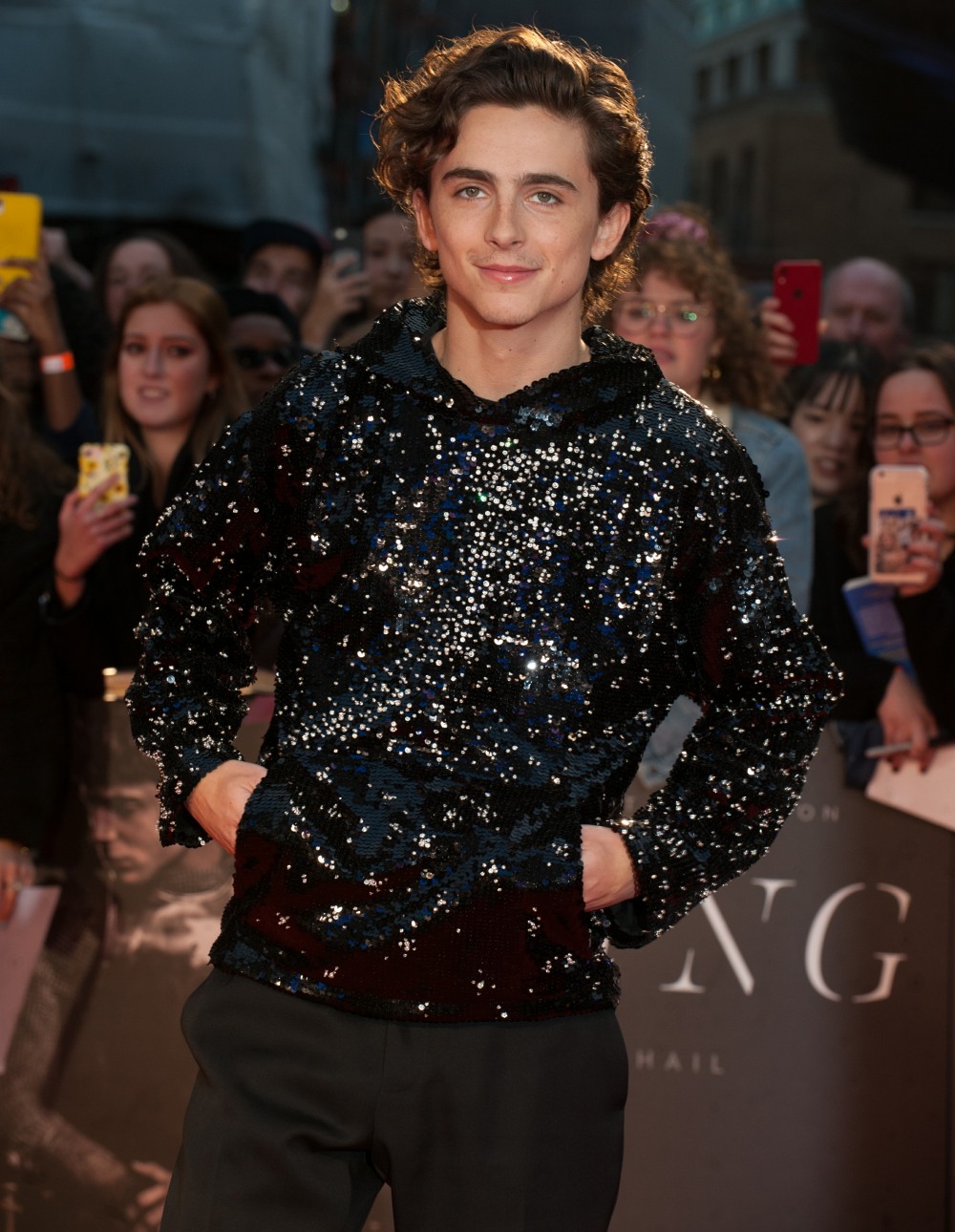 I feel like Timothee Chalamet is in the position Jennifer Lawrence was in three or four years ago (and perhaps J.Law is still there): he’s The Guy getting all of the good scripts. Some young actors’ careers will be made off of the scripts Timothee turns down. But Timothee doesn’t seem to be turning down a lot these days. He’s currently in Little Women, he’s got The French Dispatch (a Wes Anderson film) coming out this year, as well as the adaptation of Dune. But his next project might be… amazing? He might play a young Bob Dylan.

Searchlight Pictures has closed a deal with Ford v Ferrari helmer James Mangold to direct Timothée Chalamet as the young Bob Dylan, during the period when he was poised to become folk music’s most seminal figure. When Dylan instead embraced rock ‘n’ roll and traded his acoustic guitar for an amp and an electric guitar, it created a huge outcry. And it cemented the status of rock music. Dylan is working actively with Searchlight and Mangold on the film, which the studio said is untitled but has been referred to around town as Going Electric.

Negotiations are underway with Chalamet, who has gotten strong reviews for Little Women, and who next will make his London stage debut opposite Eileen Atkins in 4,000 Miles, the Old Vic production of Amy Herzog’s Pulitzer-nominated drama. The play bows April 16 and closes May 23. It is expected he will do Going Electric after that.

Do you remember the Todd Haynes movie I’m Not There, where Dylan was played by six different actors? I always thought that the small section which dealt with Dylan going electric was actually done well, although that movie was not the best, in general (I was left feeling like Cate Blanchett and Heath Ledger should have just played Dylan throughout). That being said, Bob Dylan’s life and career is a rich tapestry and it’s crazy that certain parts of his life have not been dramatized on screen beyond I’m Not There. When Dylan went electric, it sent shock waves throughout the music industry and it was like he stuck a knife in folk music. People… reacted poorly. But it would be great to see that on-screen, with my baby Timothee.