Scarlett Johansson at the SAGs: beautiful Armani gown, but dear God, the styling 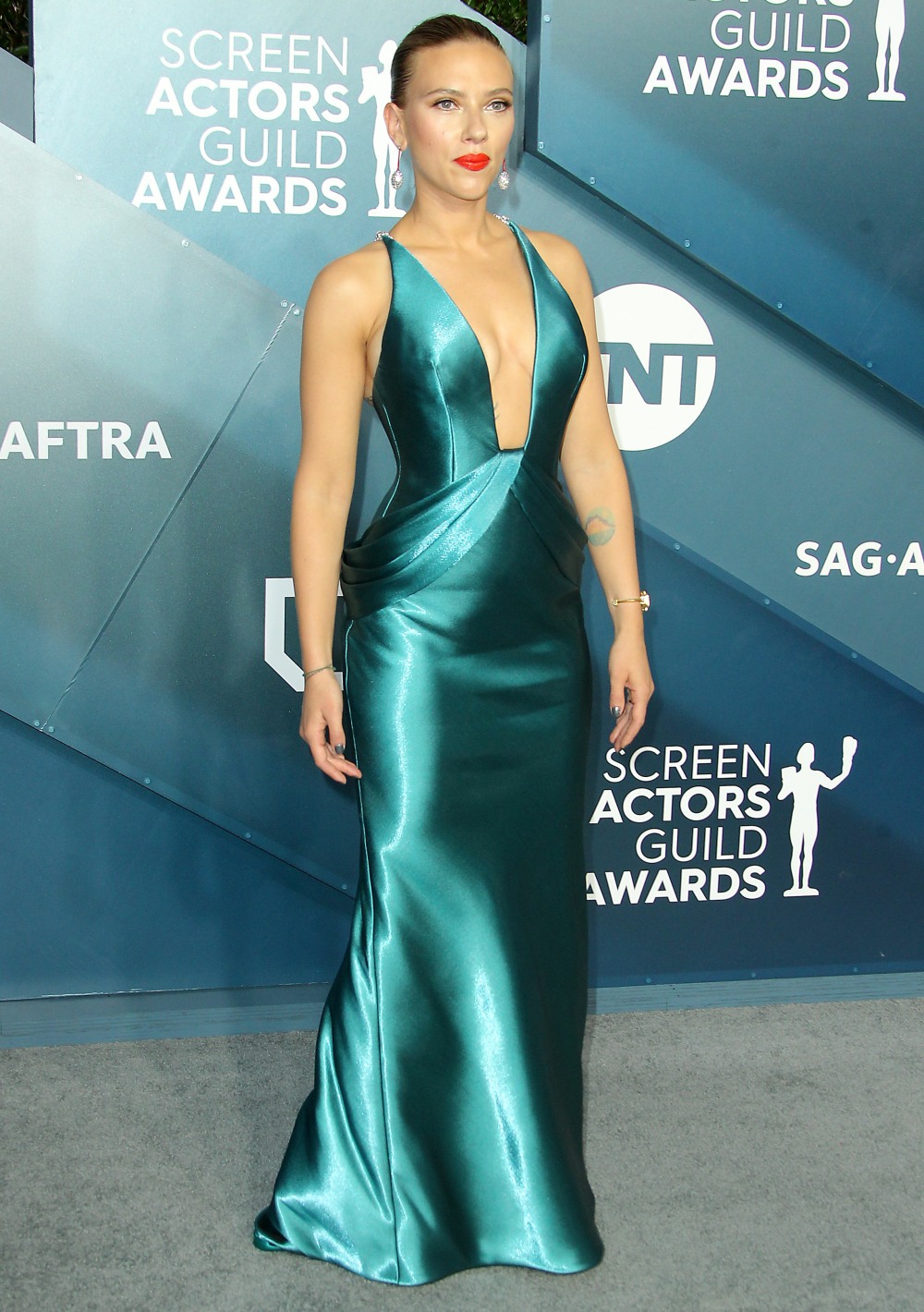 Scarlett Johansson actually wore one of the best dresses of the SAG Awards, in my opinion. I just can’t call my choice for best dressed because she f–ked it up with the styling, from her too-tight hair to her orange f–king lipstick. But Scar’s Armani gown was beautiful – fantastic color, great design and you could tell that Scarlett loved it. Too bad her style people hate her though. Anyway, I think it’s a little bit funny that Scarlett was one of the favorites coming into the awards season and she hasn’t won jack sh-t so far. But at least… she’s engaged to Colin Jost. CB joked that they have matching douchefaces and now I can’t unsee it. 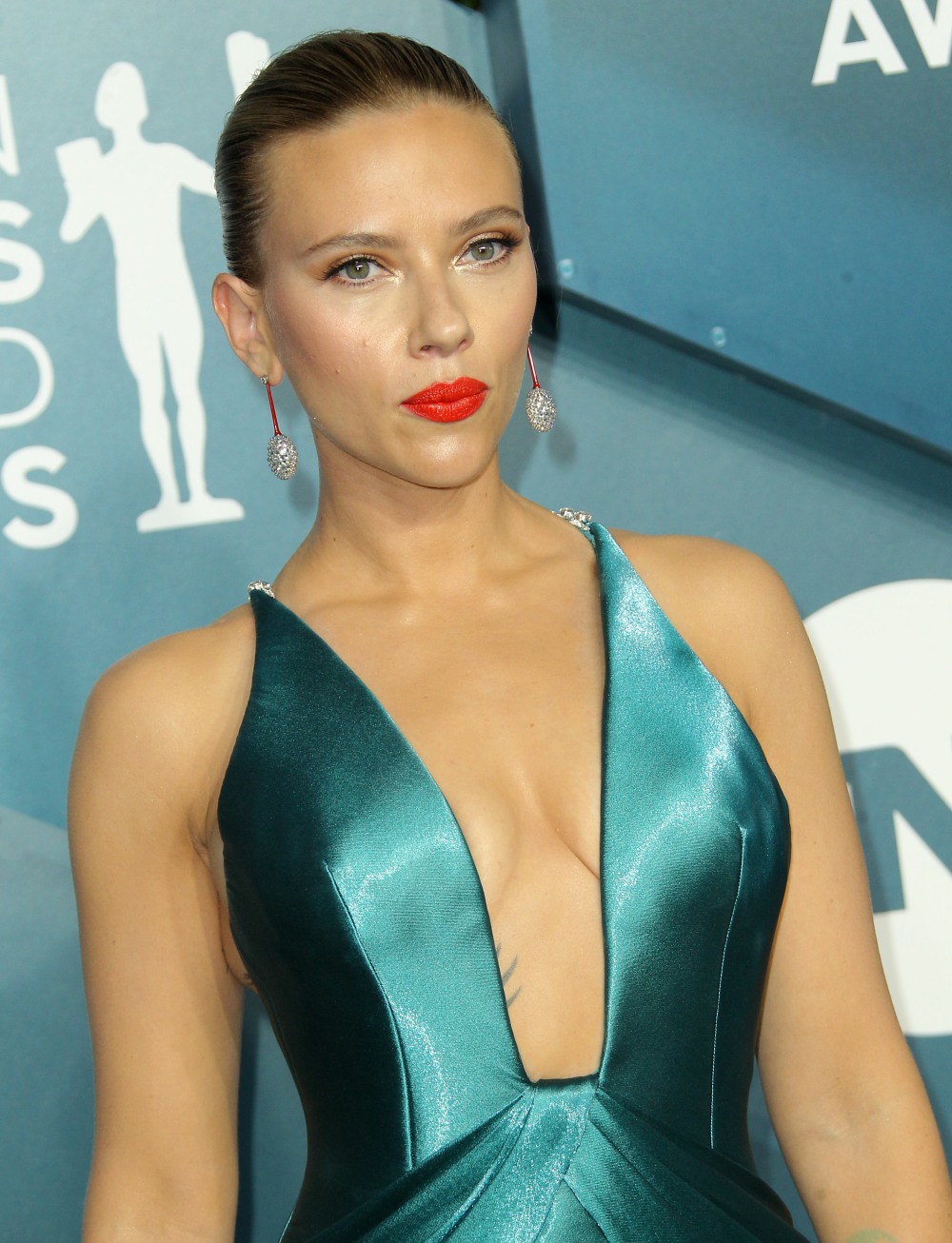 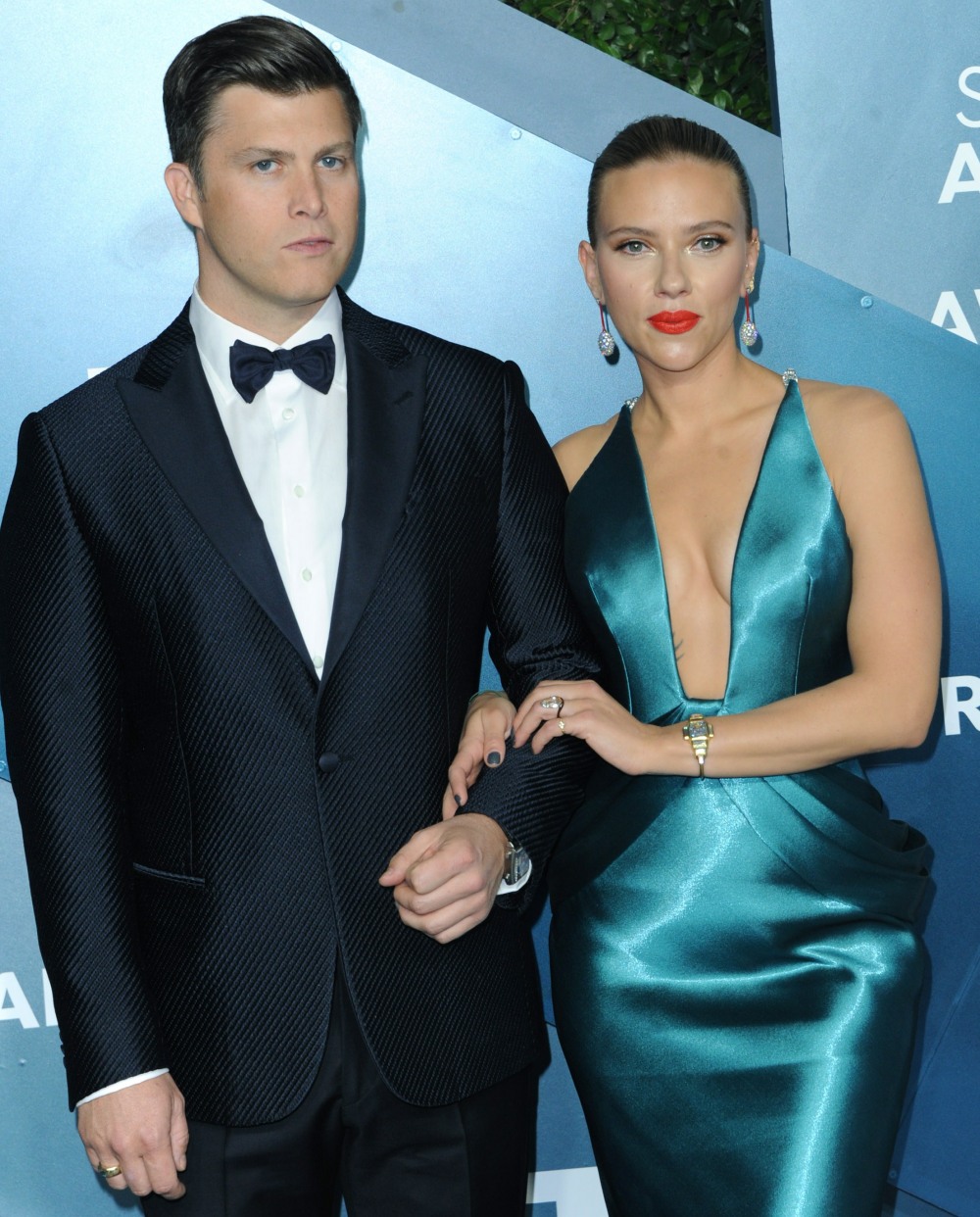 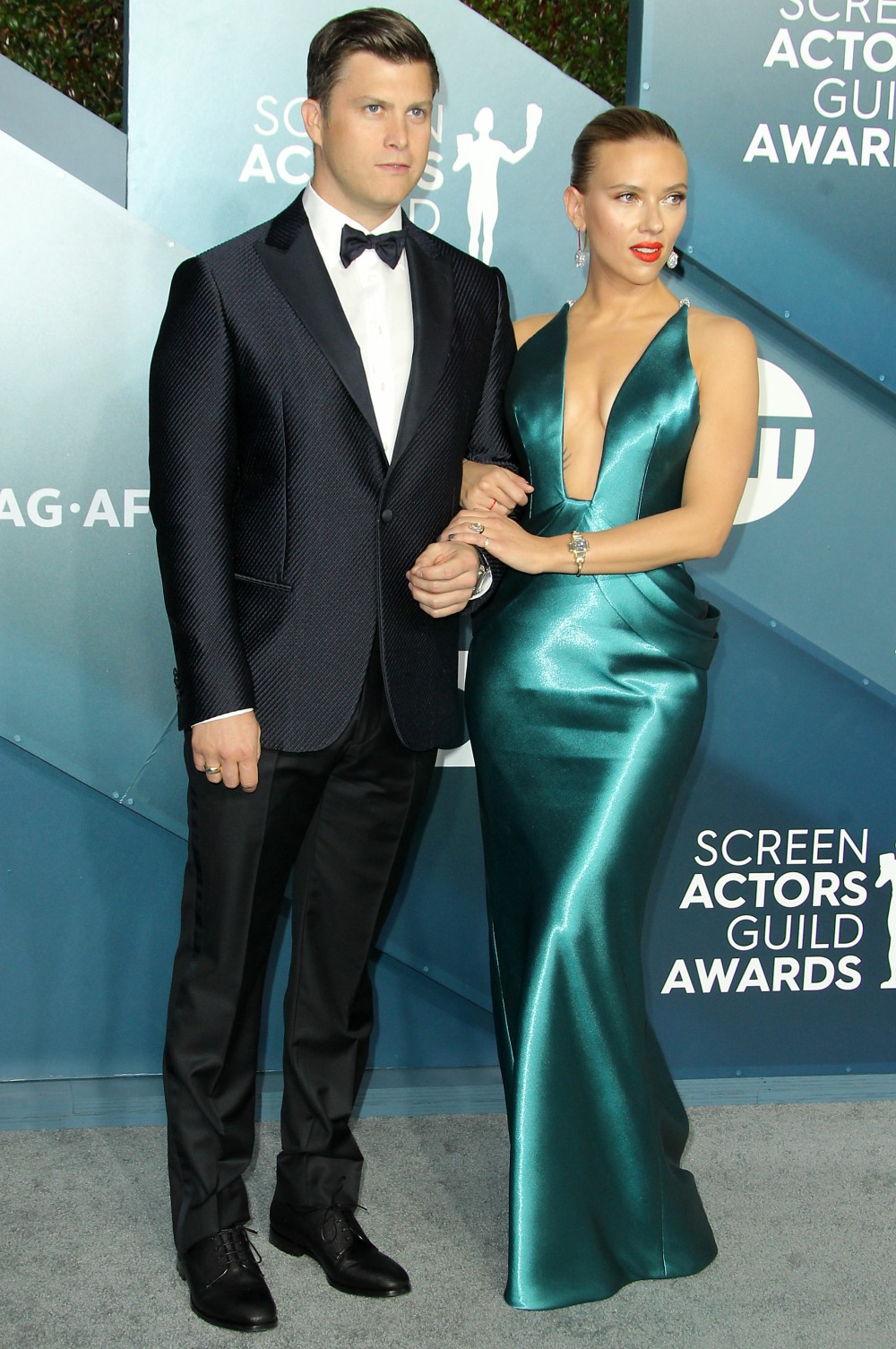 Joaquin Phoenix is marching towards that Best Actor Oscar win and I go back and forth on it. Like, was his Joker performance “good” on a technical, acting level? For sure. But I have such strong, negative feelings about the movie that I just wish Phoenix wasn’t winning everything. At least make it competitive and give Adam Driver something! Anyway, here’s Joaquin. He’s been attending these shows with his sister and not Rooney Mara (although Rooney came to the Globes). 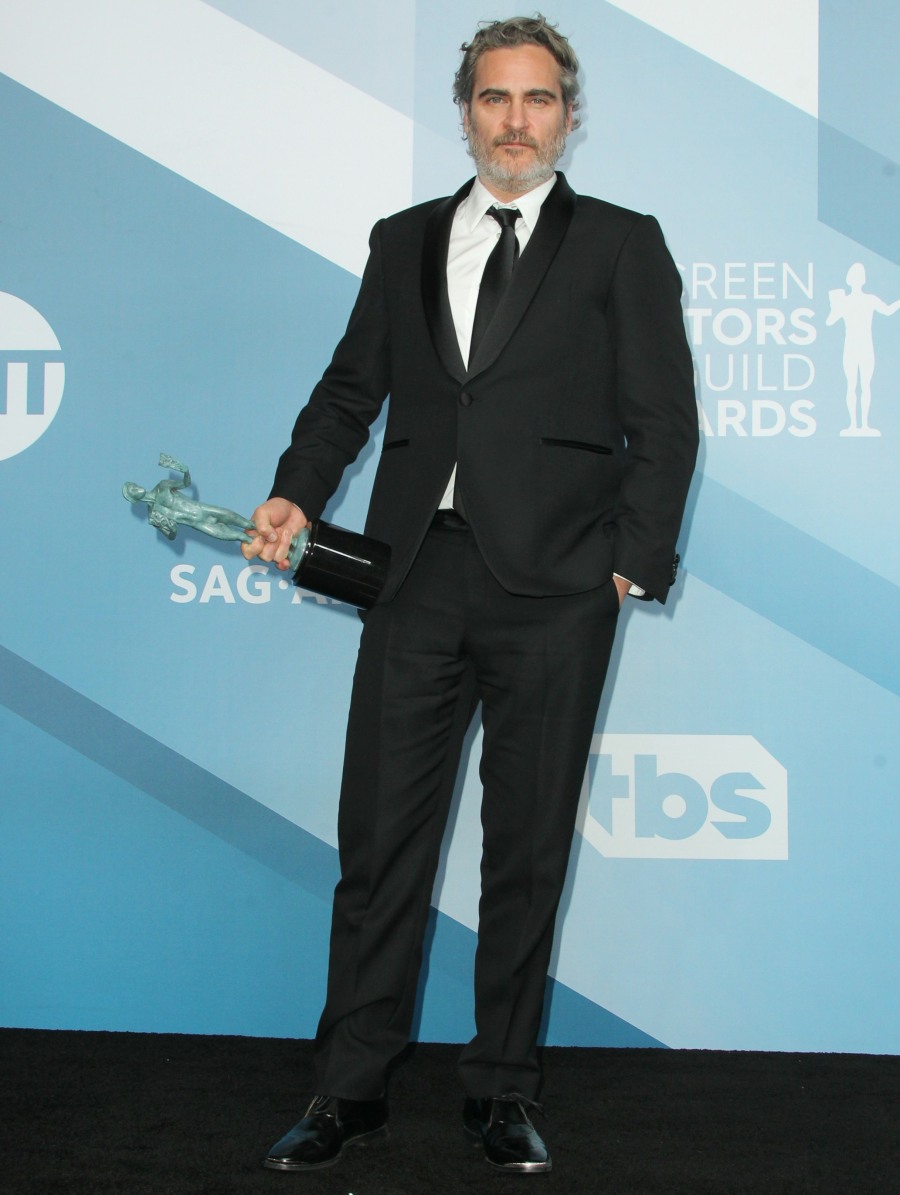 Please enjoy these photos of Taika Waititi and Alexander Skarsgard.

57 Responses to “Scarlett Johansson at the SAGs: beautiful Armani gown, but dear God, the styling”