Laura Dern won at the SAGs, she’ll get the Oscar that should go to Jennifer Lopez


Embed from Getty Images
I have not seen Marriage Story yet. I know it’s on Netflix, which of course I have (I’m watching The Circle because I’m trashy like that). Laura Dern has swept the supporting actress category this season and she’s a shoe-in for the Oscar that should have rightfully gone to Jennifer Lopez, who wasn’t even nominated! (To hear Kaiser righteously rant about that, check out this week’s podcast around minute 25.) I have a very low tolerance for watching relationship toxicity on screen and I trust Hecate, who told me that Marriage Story was hard to take. Once I’m better rested and am in a good mood I will watch it though, just to see if Laura Dern and Scarlett Johansson’s performances are Oscar caliber. I suspect Johansson’s is not, but that’s my own bias.

Laura predictably won supporting actress last night, and as she came up she stopped to hug her dad, Bruce, who was there to support Once Upon a Time in Hollywood. That was sweet! She was in Stella McCartney, which is surprising. Stella’s designs can be ill-fitting and weird, but this green cutout gown was somewhat striking. It had a subtle empire waist chain that wrapped around to an open back. The sleeves had a subtle fold on the sides which was unique. I liked it, I would wear this, but I also like dated 80s designs. 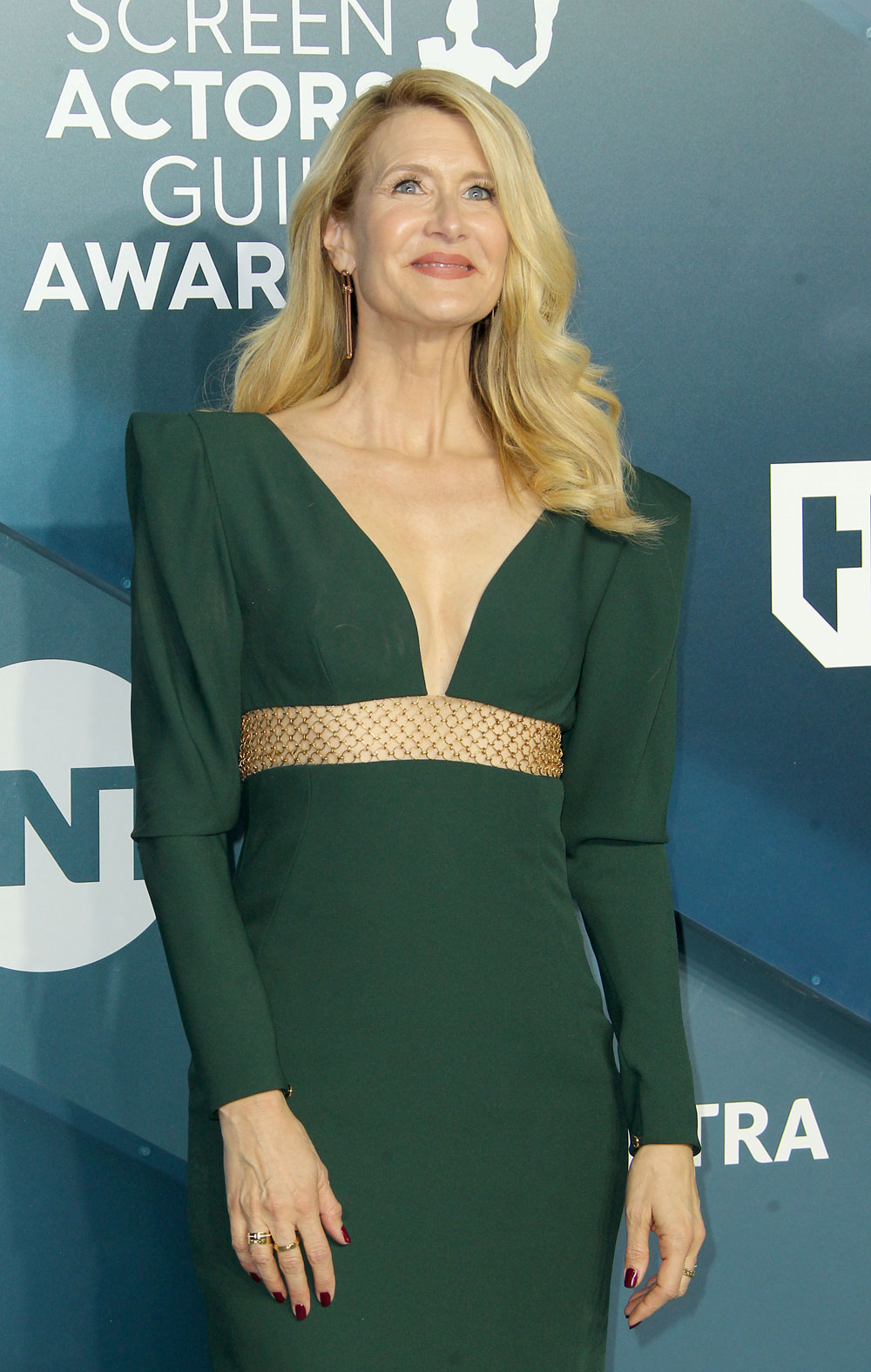 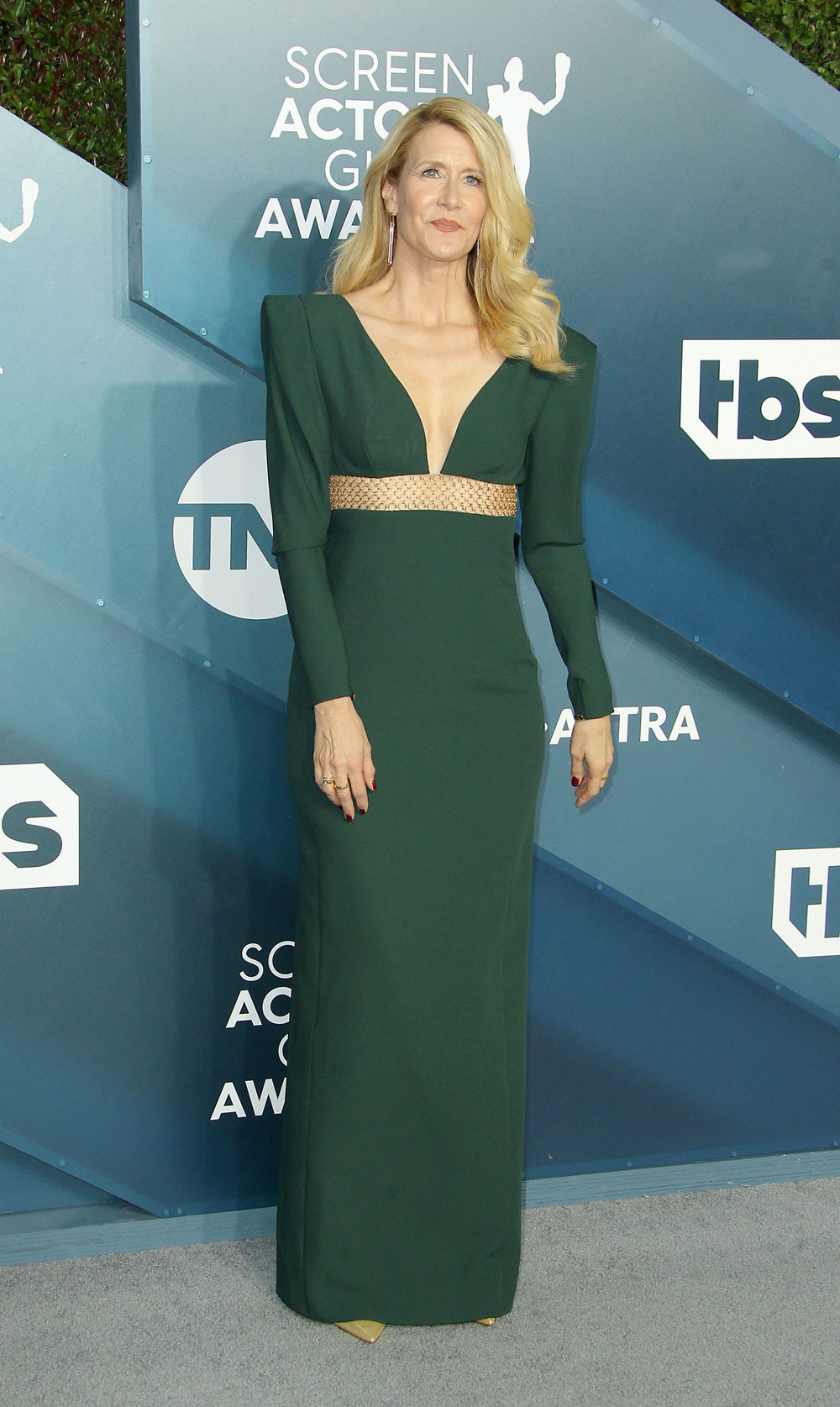 Rachel Brosnahan was also in Stella McCartney and I would wear this gown too. There’s a clear formula to these dresses, they’re both sold color formfitting gowns with embellishments, and it works. During her red carpet interview Rachel told a story about getting injured by the corsets she wears on Marvelous Mrs. Maisel. She said that the corsets are to lengthen her torso to fit into the style of the era, not to make her thinner. Either way she suffered for it and said her ribs fused and she’s in physical therapy for that.

I’m including Dakota Fanning here because she had on a cut out gown with a bikini top similar to Dern’s look. The seafoam green of this Valentino blends in with her coloring. I would like this better in a darker color. She’s lovely though and I like the subtle cluster design of the sequins. 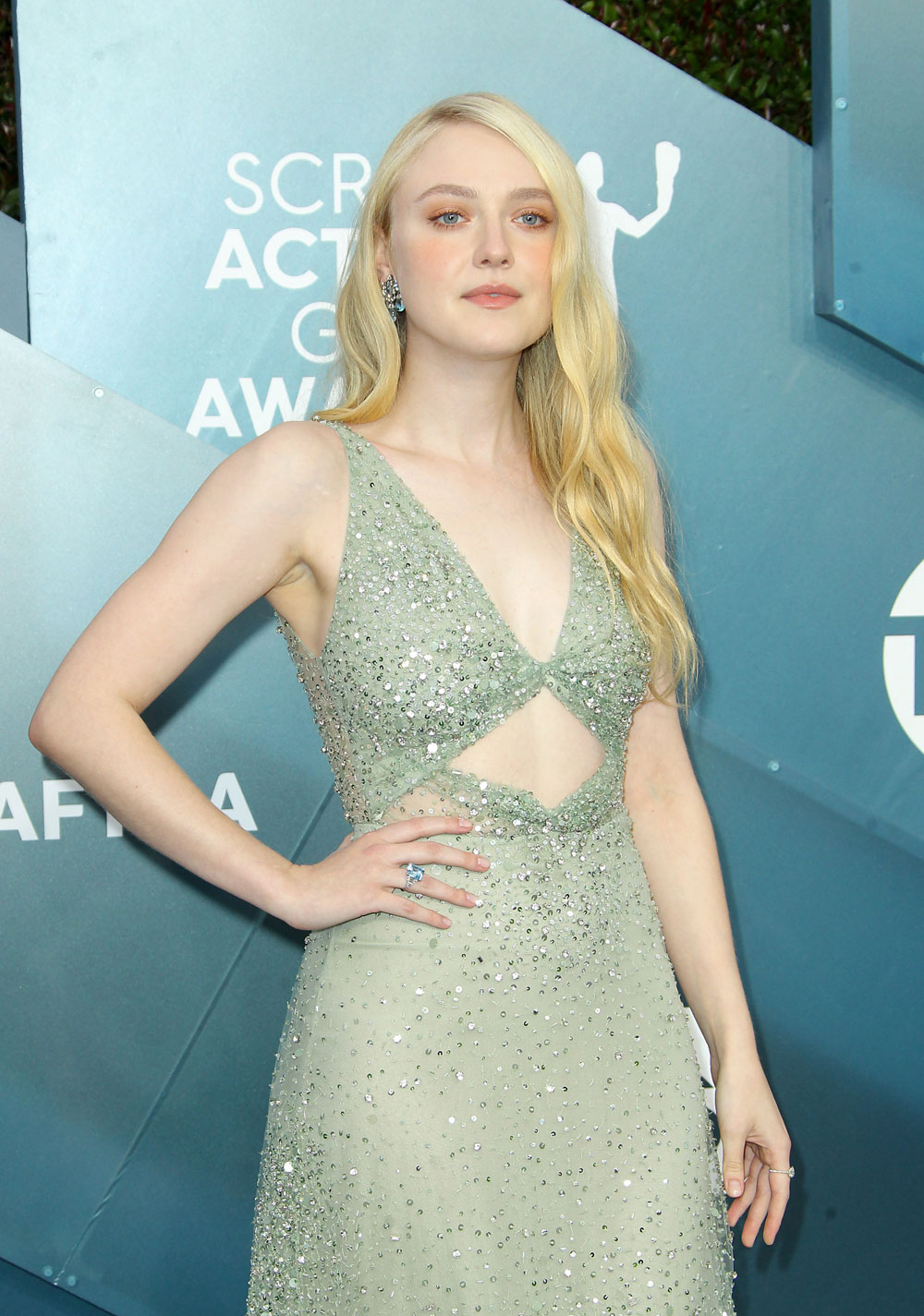 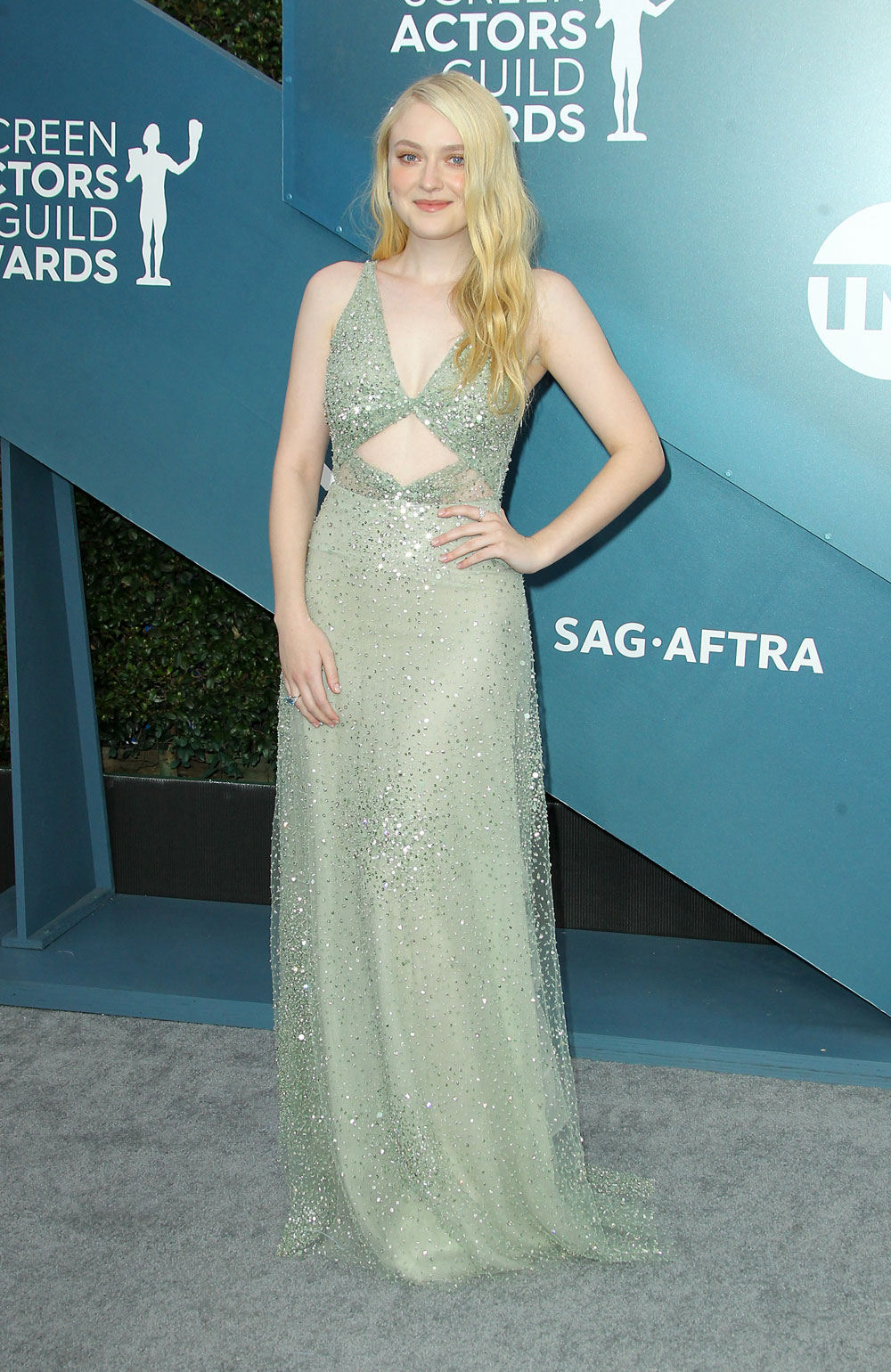 50 Responses to “Laura Dern won at the SAGs, she’ll get the Oscar that should go to Jennifer Lopez”