Would you like to see possibly the grossest Justin Bieber selfie ever? 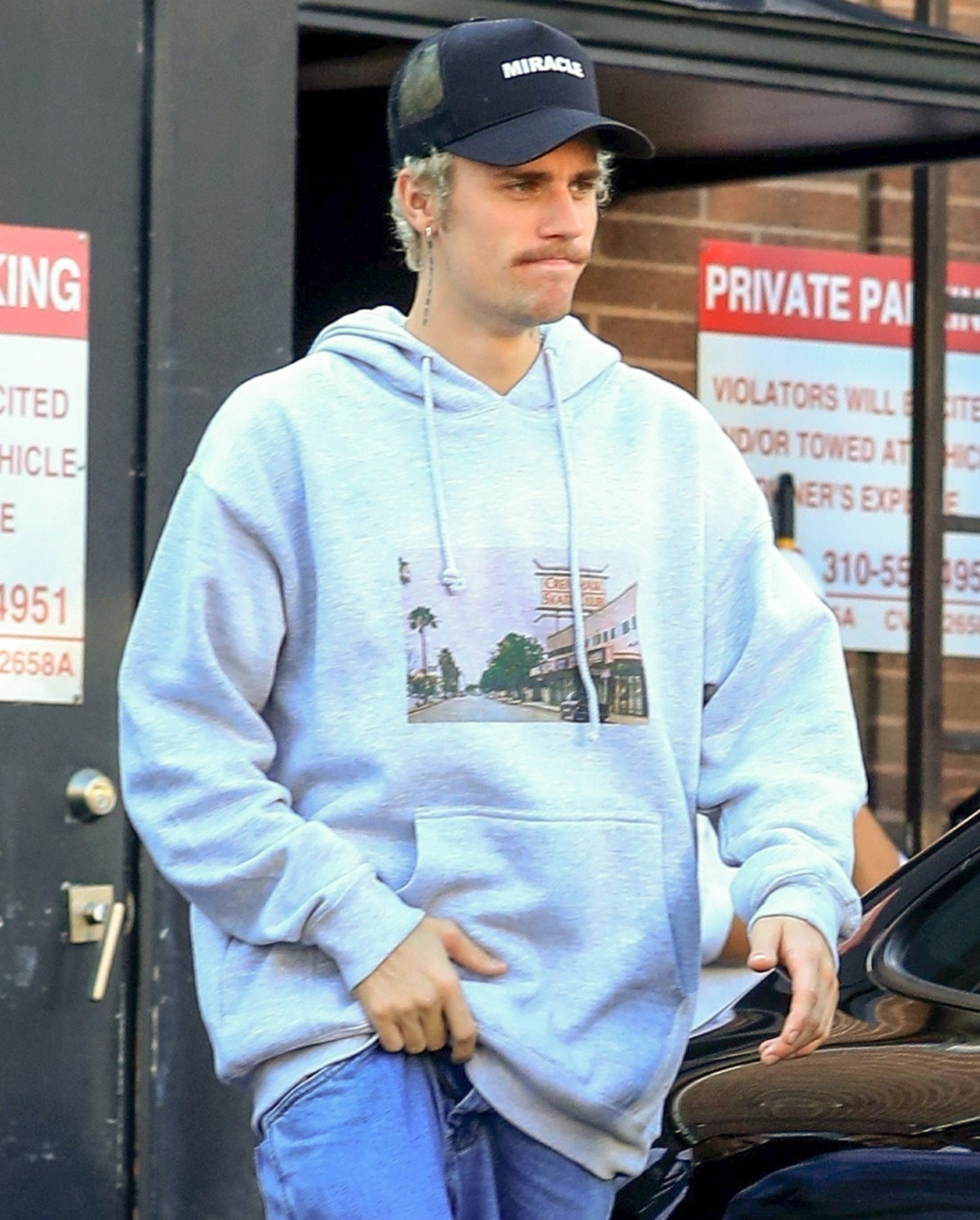 I won’t lie: there was a brief moment, years ago, where I finally saw Justin Bieber as somewhat cute. It was a time when he had finally gone through puberty, he was working out a lot and his hair was pretty short and he seemed well-groomed. I finally “got it,” why so many of these younger ladies were into him. But ladies, that moment was truly brief. He’s spent much of the past three years or so looking very… tired. It could be the Lyme disease or it could be something else. He doesn’t seem to be working out that much and he’s lost A LOT of weight. But what’s killing me is how he styles himself – he insists on dyeing his hair blonde. He insists on the gross little mustache. He still seems to think trucker hats are en vogue.

All of which to say… Justin Bieber lost his hot. It feels like he’s been TRYING to lose his hot though, right? Like, he truly doesn’t want to put any effort into conforming to male beauty standards. Which I would halfway admire, except that now he’s posting some of the most unattractive close-up selfies and his thick-as-hell mustache is just THE WORST. This whole thing might be the grossest selfie ever? That’s what I’m saying.

*shiver* The grill, the stache, the unkempt eyebrows… girl, love yourself. It’s not Hailey’s fault – you know she would love for Justin to take better care of his physical appearance. This is entirely on him. This is how he wants to look. Which begs the question… why? Ugh.

23 Responses to “Would you like to see possibly the grossest Justin Bieber selfie ever?”