Charlie Hunnam tries to walk back his dumb comments about marriage 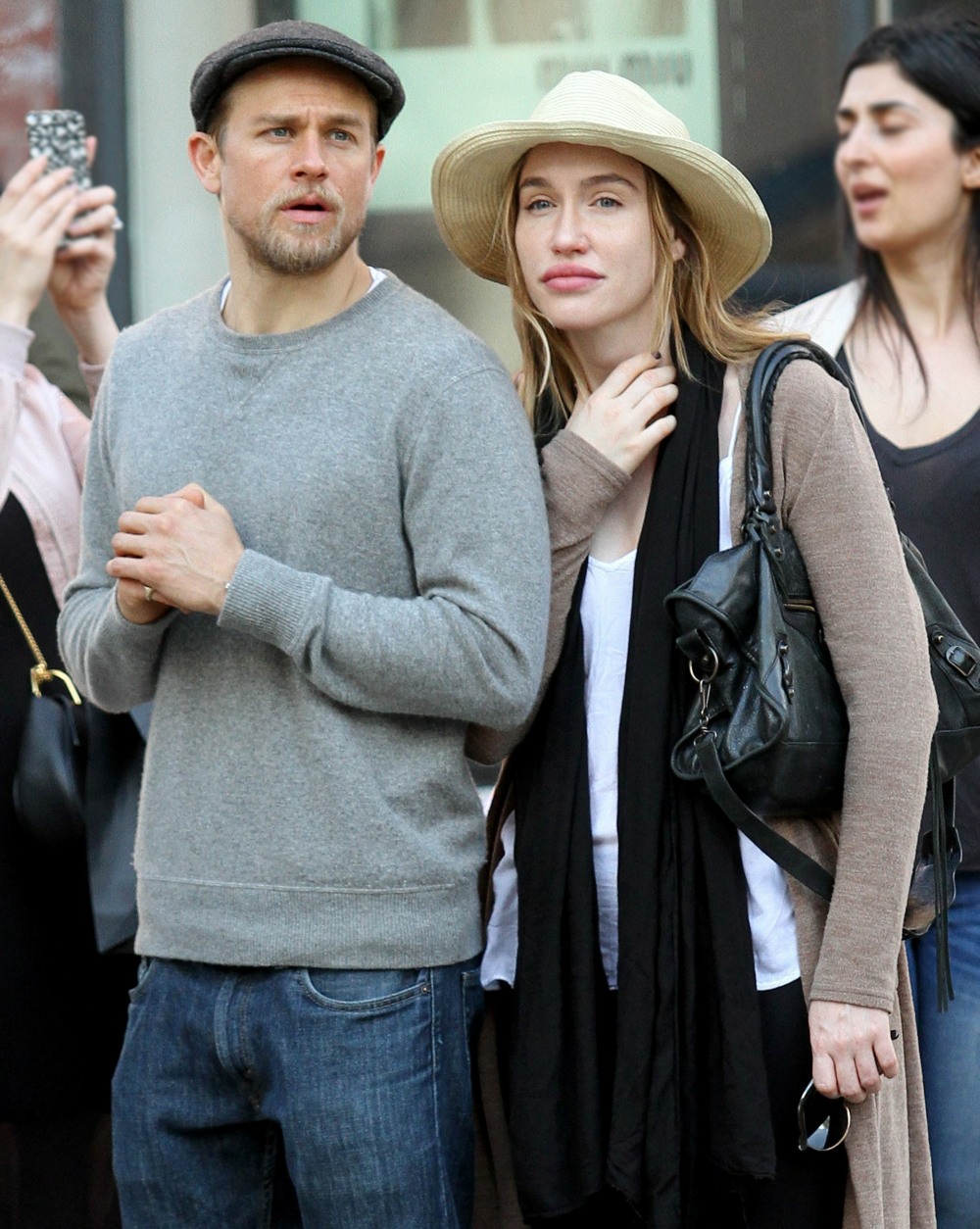 Earlier this month, Charlie Hunnam was promoting The Gentlemen with his costars, Hugh Grant and Matthew McConaughey. They were on Andy Cohen’s SiriusXM show and long story short, Charlie said some sh-t about his long-suffering girlfriend of 14 years, Morgana McNelis. They’ve been together all that time – with Charlie ghosting her for months here and there – without getting married. Which is fine if both people are not into the concept of marriage. The problem was that Charlie made it sound like Morgana is “very eager” to marry him, even after all of his ghosting escapades, and that he is indifferent to marriage and kind of grumpy about her eagerness. I found the whole conversation very disrespectful towards Morgana. Guess what? He caught hell from Morgana after that interview, and so now he’s walking that sh-t back. Via TooFab:

On his previous comments: “You know what? That was a stupid thing to say… Sometimes the tone of an interview… you know, that interview was just like a lot of banter, and Hugh was sort of bantering in a very superficial — not disingenuous — but not really speaking his personal truth — we’re all just bantering. And all of a sudden we’re bantering about one thing and I get asked my opinion about marriage. I just said something that doesn’t really reflect my true thoughts at all. It’s like being with your pals, sometimes not thinking like… you’re not trying to articulate your sincere opinion about something; and then you see it in black and white.”

On his comment that Morgana is “very eager”: “I have to say that really hurt my girlfriend’s feelings. I really regretted saying that, cause I actually didn’t mean it at all. it was just, frankly, some stupid sh-t I said in the heat of the moment…. I’m like so romantic! The reality is I sort of consider myself married. I’ve been with my girlfriend for 14 years… I suppose what I was trying to articulate was that the official government sanctioning of it doesn’t mean anything to me; but the romance of it means an enormous amount. I really regret saying that. Listen, you spent 12 hours a day for three days doing interviews straight, you’re gonna say some stupid sh-t. Especially a guy like me that’s not that smart.”

So what ARE his feelings about marriage? “Watch this space. Family is very important to me. I was always a late bloomer, I’ve left it a long time because everything was great, and we were just pursuing other interests in our lives. But we are certainly coming up to that time where we gotta start switching it up and changing gears a little bit. It doesn’t really make me nervous because we’ve been together for so long, we’ve been together 14 years, you know? You occasionally hear stories of things changing once you get married, and people’s relationships… but I couldn’t foresee that happening with us, because we know each other so well.”

Let me translate some stuff, Hunnam-speak to English:

“It’s like being with your pals, sometimes not thinking like… you’re not trying to articulate your sincere opinion about something…” = I got in deep sh-t for telling the truth when I thought it was just a “bros only” locker-room type of environment. I did not realize that people – specifically women – would actually listen to this radio show.

“I have to say that really hurt my girlfriend’s feelings” = she was mad at me but what’s she gonna do? She’s already taken me back a dozen times after I ghosted her, so joke’s on her.

“Especially a guy like me that’s not that smart.” = I’m so dumb! At least I’m honest about it!

“Watch this space. Family is very important to me.” = I truly might have to propose to my girlfriend because of a stupid radio interview, which just shows you how dumb I am! And I’ll definitely propose to her if and when she gets knocked up, but don’t tell her that okay? Bros only, right? 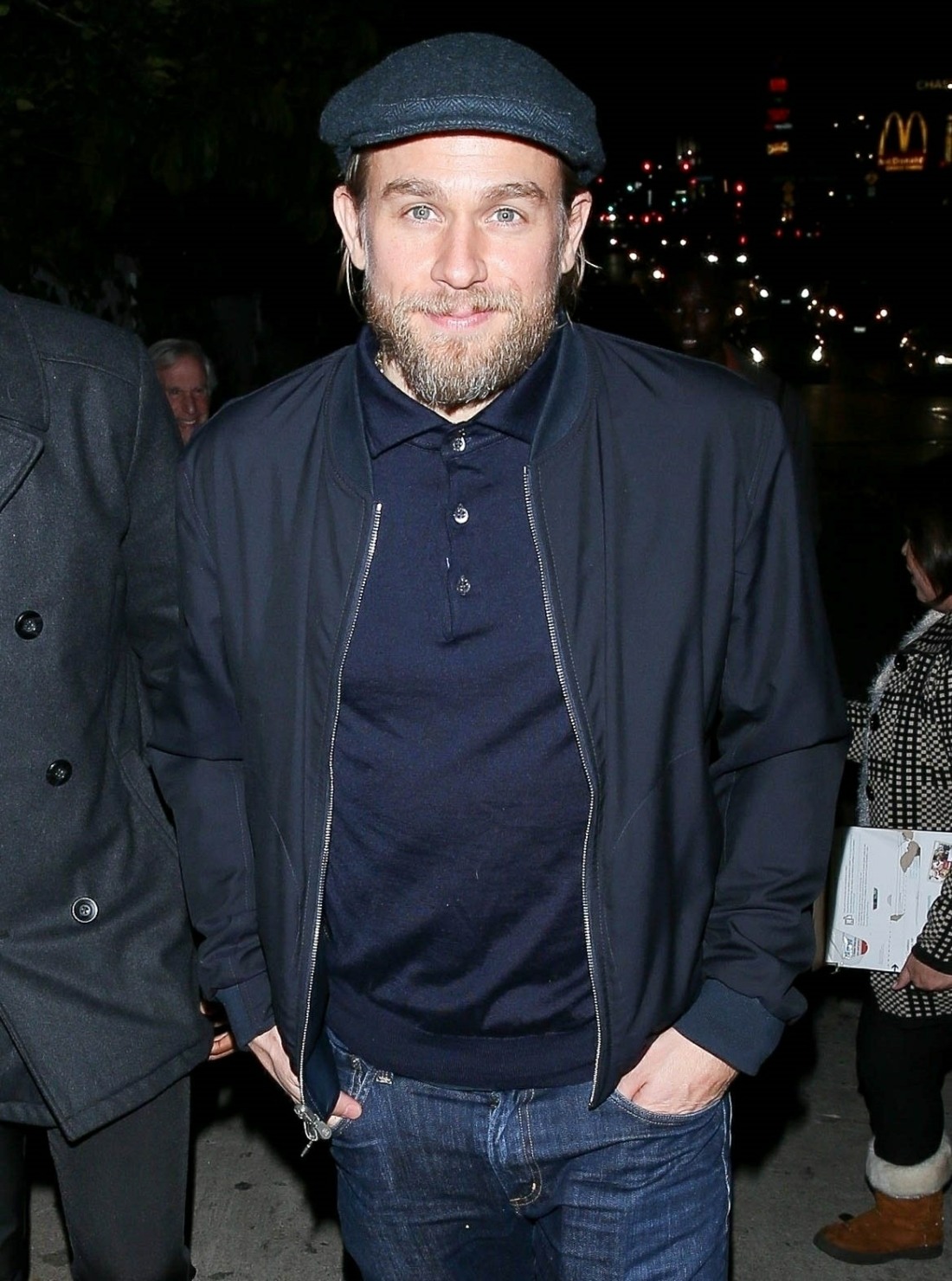 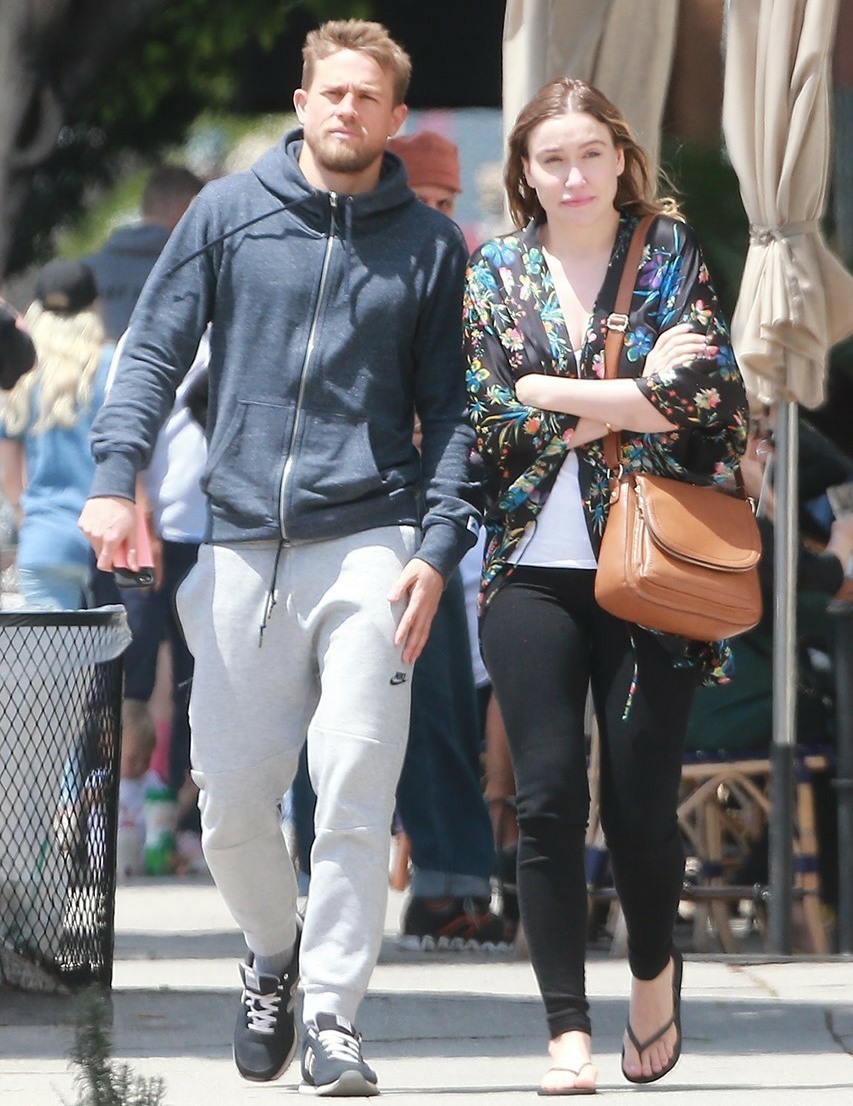