Kylie Jenner: ‘I definitely feel pressure to give Stormi a sibling, but there’s no plan’ 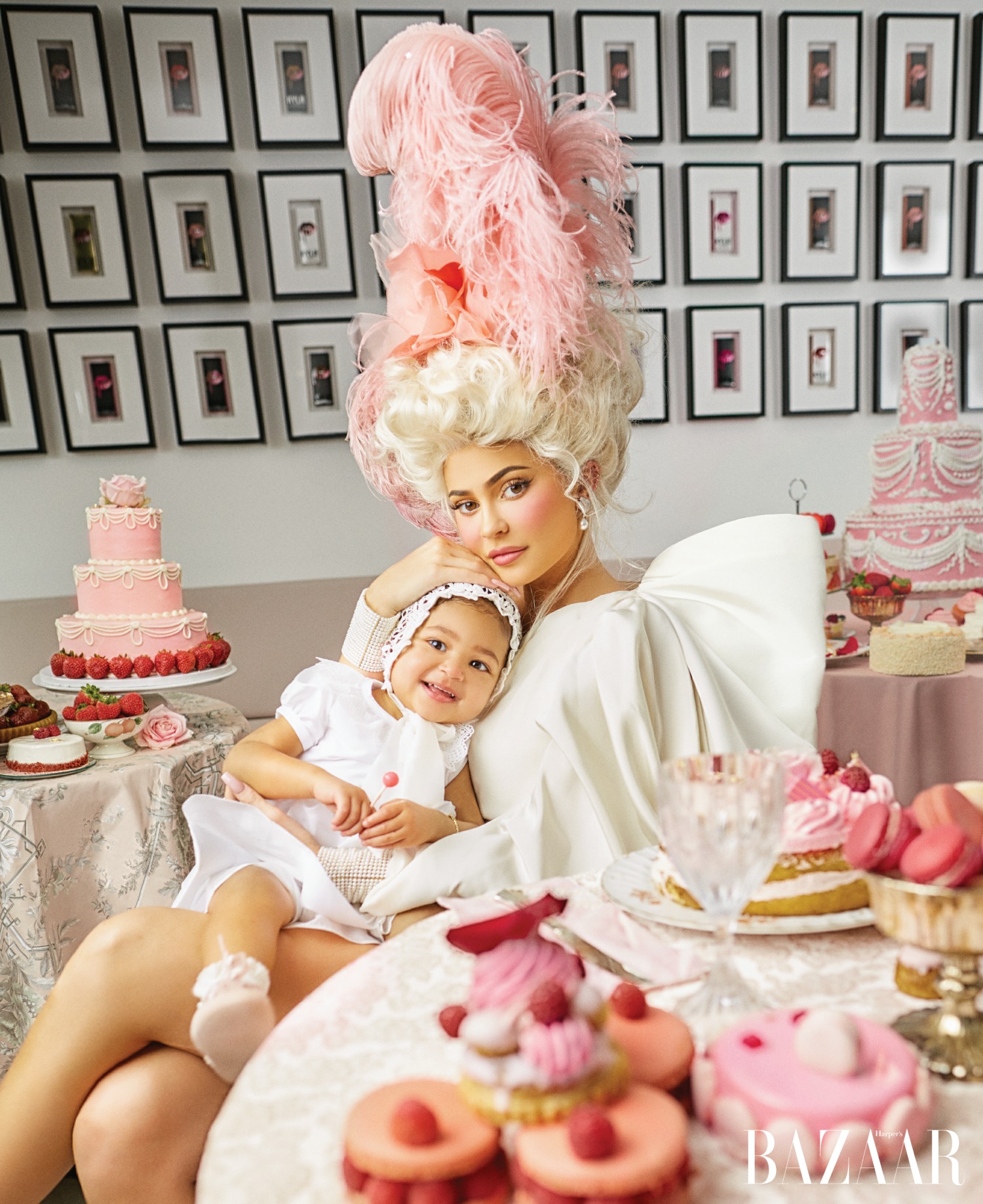 Harper’s Bazaar’s March cover girl is Kylie Jenner. The editorial is supposed to be the 2020 Marie Antoinette, basically, or “Kylie as pop-culture royalty.” Honestly? I don’t hate it. I mean, she’s not royalty or anything, but it’s a cool photoshoot and I like that she was photographed that way in a business setting too. You can see the full Bazaar editorial package here. Kylie talks a lot about her company, Kylie Cosmetics, and her daughter Stormi. Kylie sounds… much more grounded than most billionaires. Some highlights:

On her Kylie Cosmetics partnership with Coty: “I think it was just time. I mean, we have a great team. But it’s me and my mom kind of leading the pack, which will still be the case. Nothing’s going to change. But hopefully we can expand and get a big infrastructure behind Kylie Cosmetics, and go worldwide and get more amazing people on the team to expand the business.”

When she first became aware of the power she wielded: “Probably more when I was on the red carpet with Kim. I always knew my family was a big deal, but me, solo, probably around when my pop-ups started. Or when I started dyeing my hair blue and cut my hair off, and then everyone started dyeing their hair blue and cutting it off. And I was like, ‘Whoa.’ I realized what an influence I had. I was probably like 16.”

Raising Stormi with ex Travis Scott: “We have such a great relationship. We’re like best friends. We both love Stormi and want what’s best for her. We stay connected and coordinated. I think about [my parents] in situations with Stormi, what they would do. They were very hands-on with me, and I want the same for Stormi.”

Raising Stormi in the spotlight: “I think about it a lot because the world is just so crazy now. Exposing her to all of the negativity that comes with the Internet, I think about that too. I’m just trying my best, even though she’s still little, to remind her how blessed we are and that this isn’t normal, the way we live. It’s just our life. People want to take pictures. I think she would feel differently if I was always covering her face like, ‘Don’t look!’”

Whether she wants more kids in the future: “My friends all pressure me about it. They love Stormi. I definitely feel pressure to give her a sibling, but there’s no plan.”

Something I think about too much is this: where Kim and Khloe Kardashian feed on the drama and feed on whatever energy they’re getting (positive or negative), Kylie isn’t really like that? I think Kylie has tried to organize her life so there’s the least amount of drama around her. It’s something I’ve tried to do in my own life, so I recognize that habit in other people. As for the partial sale of her company to Coty… I think that was simply a business decision. She wanted to do what was best to build and expand her brand even further, and it was like the company outgrew her. But she’s still going to work there, clearly. But again, there’s less stress and business drama on her plate now. 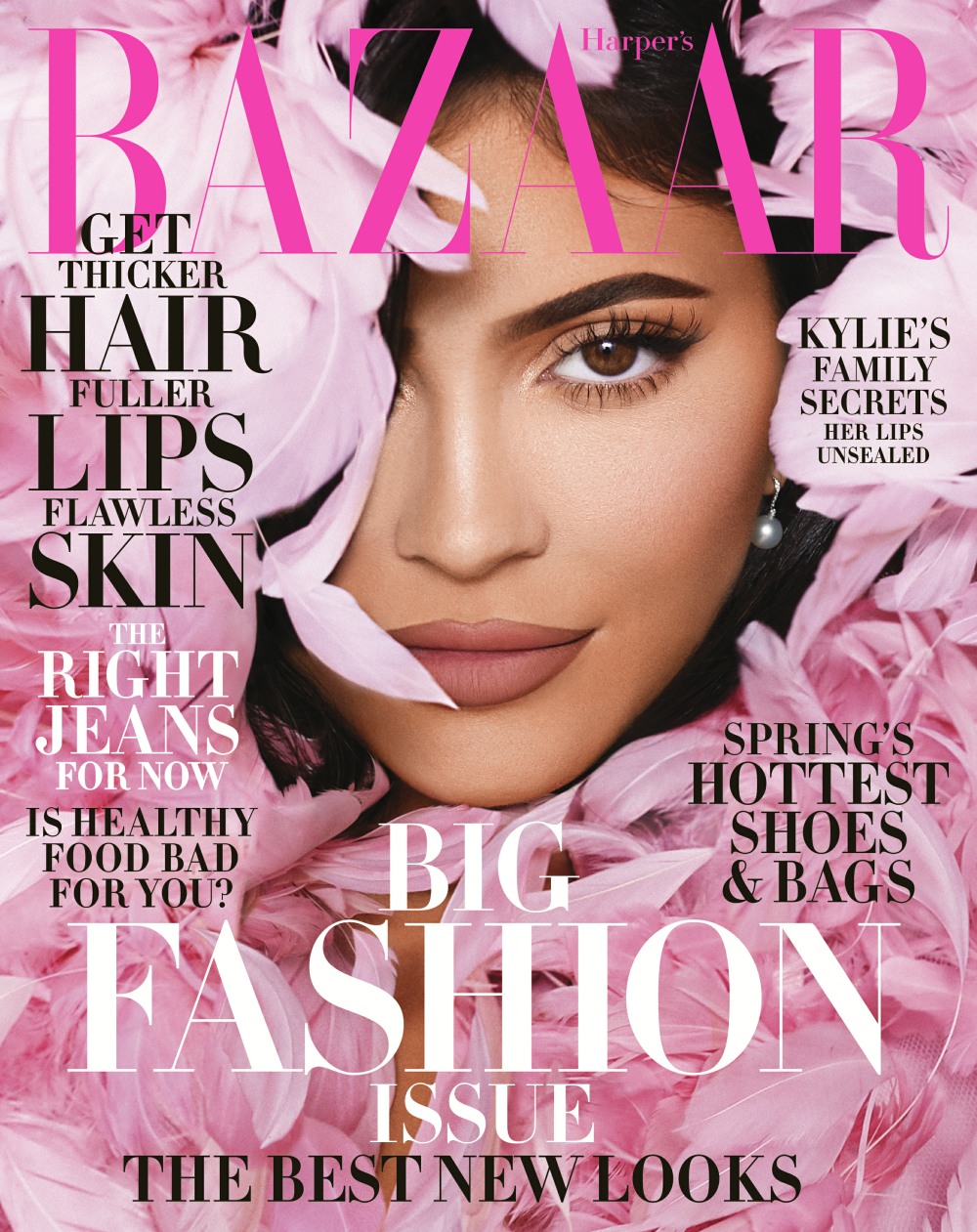 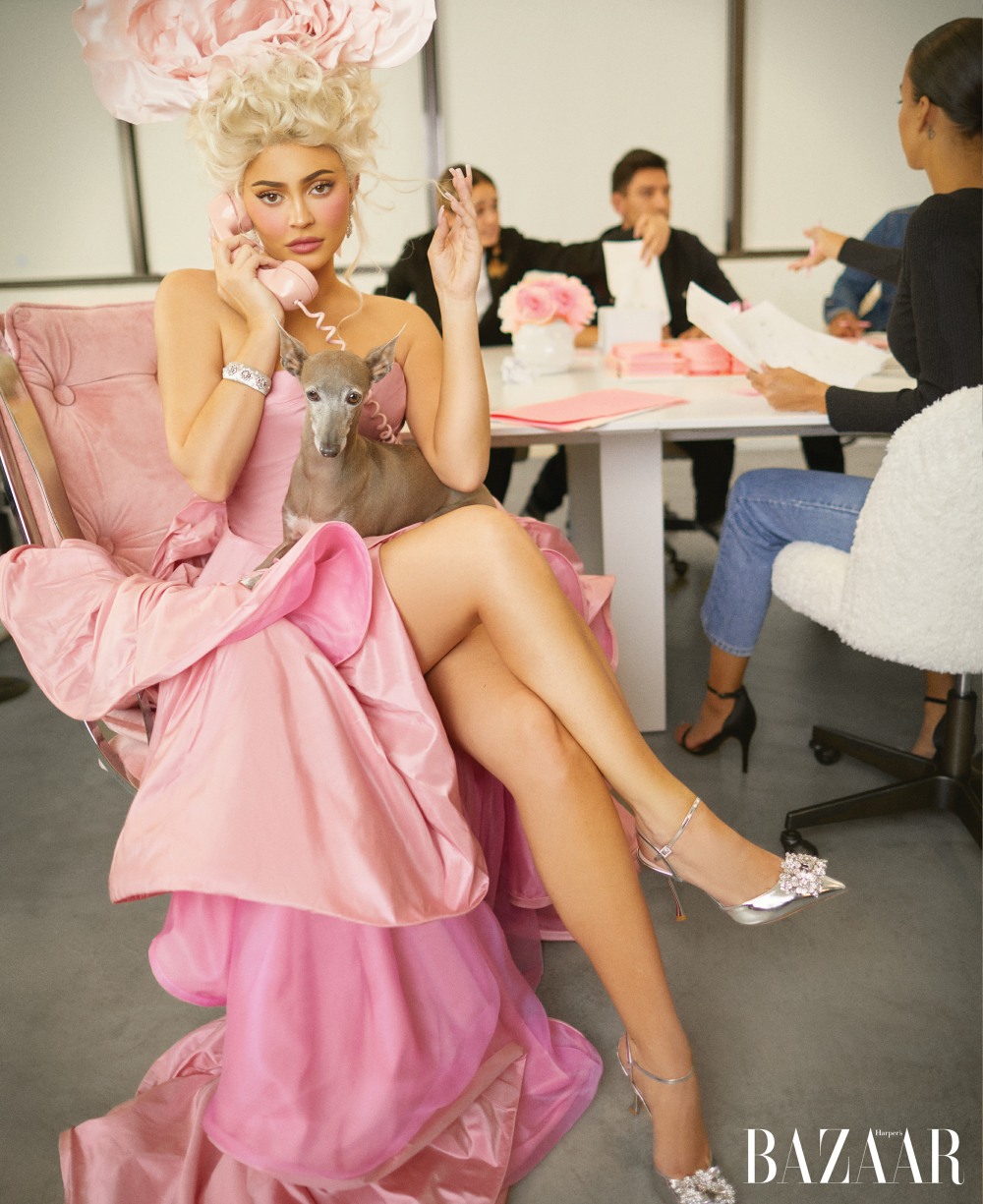 Photos courtesy of the Morelli Brothers for Harper’s Bazaar, sent from a promotional Bazaar email.

36 Responses to “Kylie Jenner: ‘I definitely feel pressure to give Stormi a sibling, but there’s no plan’”