I totally forgot that Billy Porter wore this magnificent gown to last year’s Academy Awards. The fact that it’s been sitting in his closet for a year… makes me question the size of his closet, honestly? Is he like Naomi Campbell, and he has to rent out a storage unit the size of an airplane hanger just for all of his fashion archives? Anyway, Mr. Billy Porter clearly wanted to wear his Oscar gown again, so he brought it out of storage for an appearance on Sesame Street. Which is fabulous! But of course all of those conservatives’ a–holes clenched, because how dare children be introduced to someone so fabulous? “Mommy, when I grow up, I want to be fabulous!” HOW DARE BILLY PORTER. So, anyway, Billy Porter had words for his critics:

Critics — including a state senator of Arkansas — tore into Billy Porter after the actor announced that he’ll be appearing on “Sesame Street” in the dress he wore to last year’s Oscars. The pol, Jason Rapert, raged to voters on Facebook, “Do you approve of your taxpayer dollars being used to promote the radical LGBTQ agenda?” A petition circulated to have the episode pulled and even accused the program of trying to “sexualize children using drag queens.”

But Porter told Page Six, “If you don’t like it, don’t watch it,” adding that he thinks it’s odd that people would even make the mental leap from his dress to “perverted demon sex.”

“Like, what about me singing with a penguin [on the show] has anything to do with what I’m doing in my bedroom?” the “Pose” star posed to us at L’Avenue at Saks, where he was hosting a party for the restaurant’s first anniversary. “The really interesting thing for me is that that’s what it’s all about when it comes to LGBTQ people — the first thing everyone wants to talk about is how we having sex.” He added, “Stay out of my bedroom and you will be fine — that is none of your business.”

I haven’t really made a study of this or anything, but from what I’ve seen, if you leave kids up to their own devices and let them make up their own minds about people, most kids accept drag queens and LGBTQ people at face value. Like, there really isn’t any built-in judgment unless they’ve heard that kind of pearl-clutching homophobia and bigotry at home, then they start to regurgitate it. And I would assume most children think drag queens are pretty princesses, and I would assume that most kids probably think Billy Porter looks amazing in his beautiful gowns. Anyway, Sesame Street stays groundbreaking, as always. 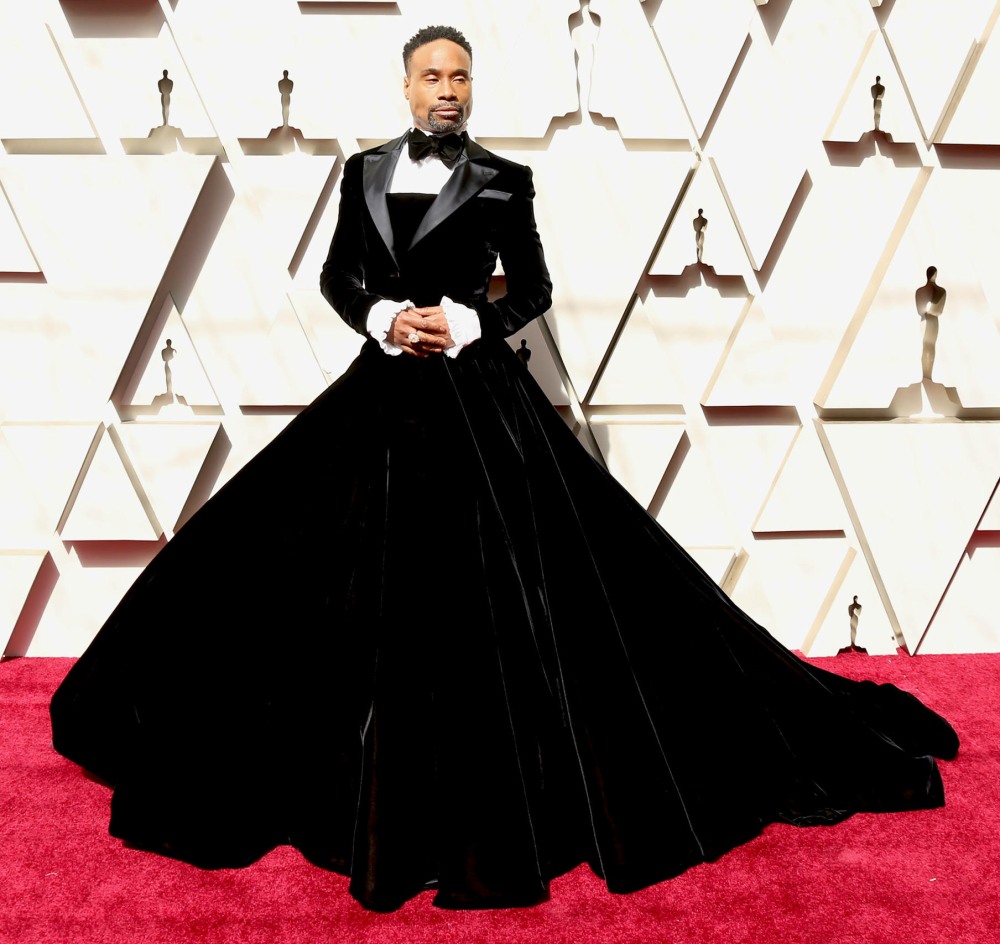