Embed from Getty Images
As was widely expected, Laura Dern has won Best Supporting Actress at the Academy Awards for her portrayal of ruthless divorce attorney Nora Fanshaw in Marriage Story. Dern swept this awards season and was the favorite for this category, having won the Golden Globe, BAFTA, and Screen Actors Guild awards for this role. Two anonymous Oscar voters interviewed by The Hollywood Reporter did not vote for Dern and called her performance over the top, which is something I’ve thought about her work for a while, especially after watching Enlightened. I thought she nailed this role though. That scene where she flipped from work mode to order a kale salad was so typical of her character, nice as can be superficially but ultimately ruthless. Dern is part of an acting legacy and has put in decades of strong work. This is her third nomination and first win.

Laura gave a fairly standard acceptance speech. She thanked her fellow nominees, Netflix, and she also thanked the writer/director Noah Baumbach. “Noah wrote a movie about love and about breaching divisions in the name and in the honor of family and home and hopefully for all of us in the name of our planet.” She also thanked her children and ended by thanking her parents.

“Some say never meet your heroes. I say if you’re really blessed you get them as your parents. I share this with my acting heroes, my legends Diane Ladd and Bruce Dern. The audience applauded at that.” She ended with “This is the best birthday present ever.”

Tomorrow is Lauras’s 53rd birthday. Happy birthday and congratulations to her. She’s been working steadily and seems to be in everything lately. She definitely has the support of her peers. 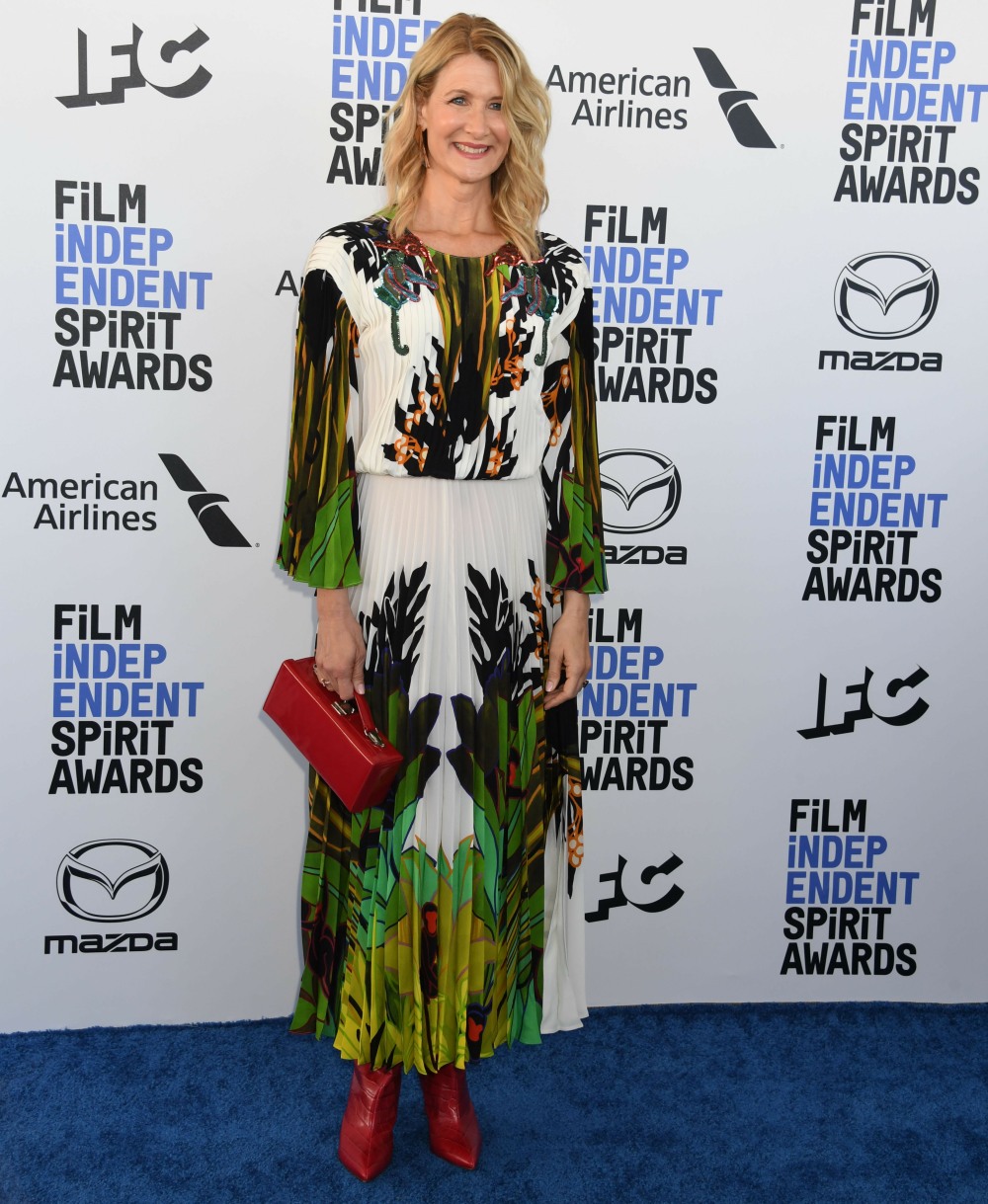