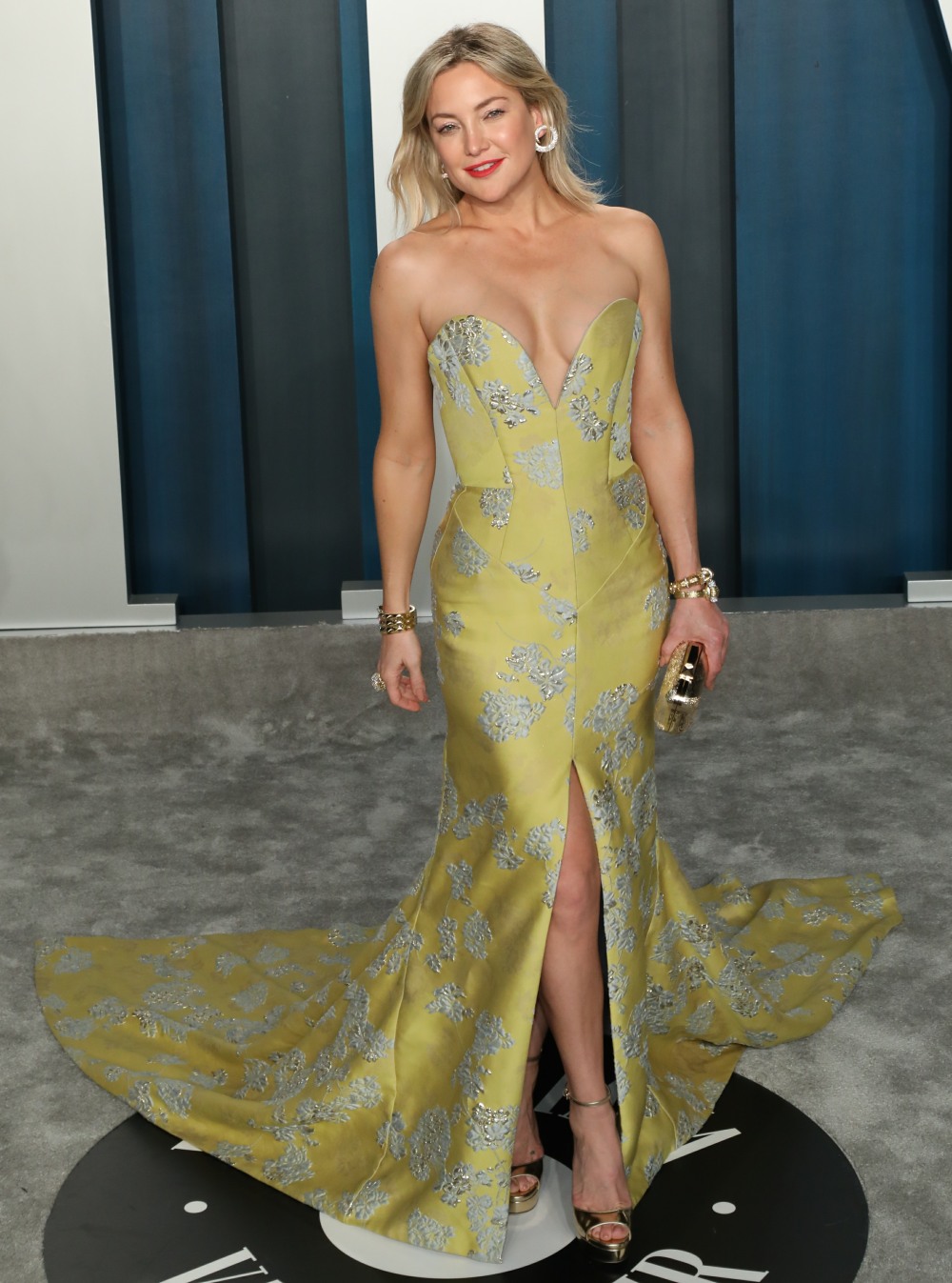 Here are more photos from the Vanity Fair Oscar party. There were so many Oscar attendees who changed their gowns to party, and there were so many ladies who just came out to party. Kate Hudson is a perpetual Oscar partier, although she’s usually also invited to present at the Oscars. It would have been nice to see her at the telecast, but it was also nice seeing some new faces present, and Kate seemed happy enough to just come out to the parties. She wore this rather stunning Vivienne Westwood gown. I’m a big fan of Westwood, and I love this on her. Sure, it was probably made for someone with more curves, but it looks fantastic on Hudson. 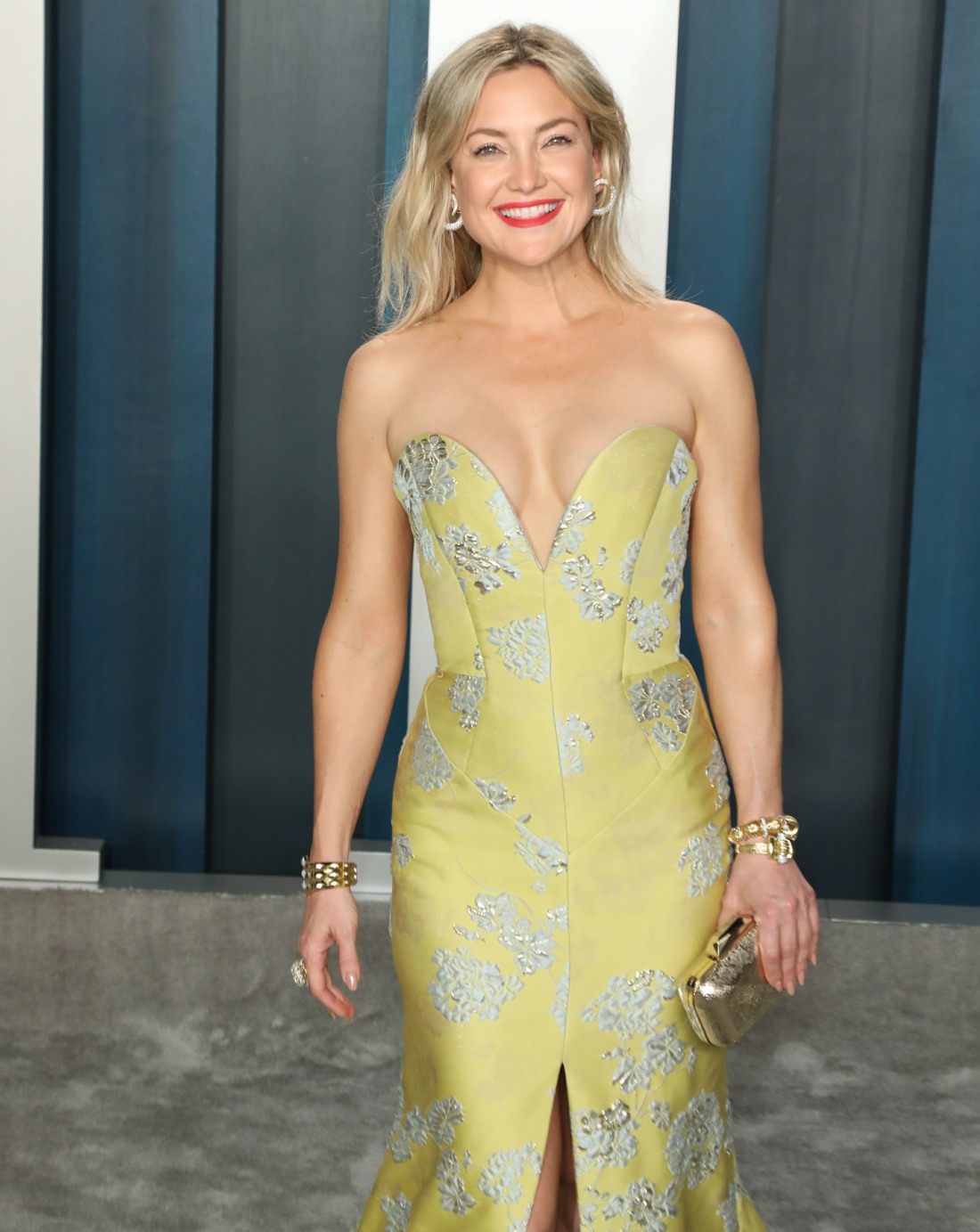 Olivia Wilde wore Fendi to the parties – this is actually a jumpsuit, not a dress. It looks comfortable and sort of ‘70s chic, which is her vibe. 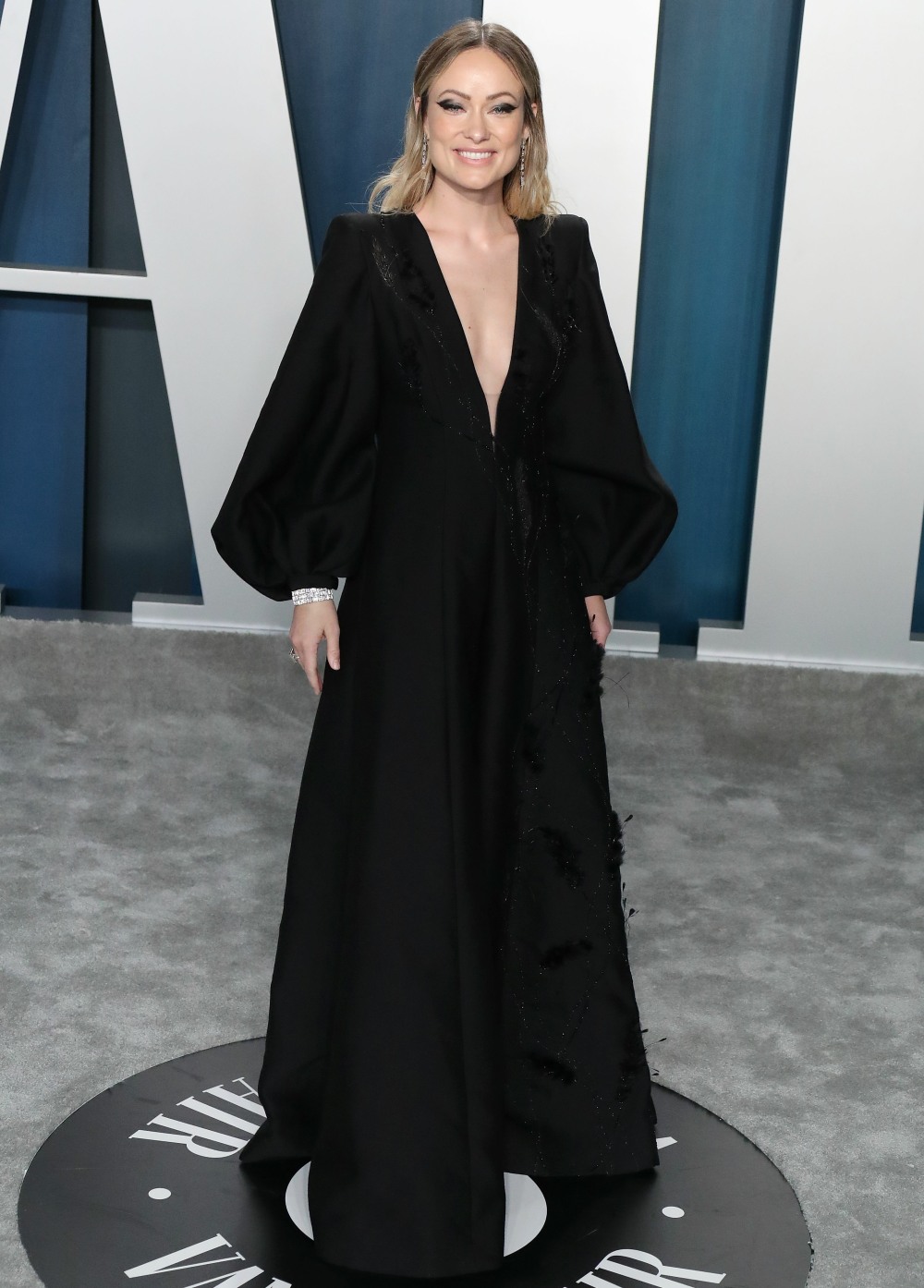 Charlize Theron in Dior. This is so bad! I can’t believe Dior put their name on this mess. Still, I bet it was slightly more comfortable that her Oscar Dior. 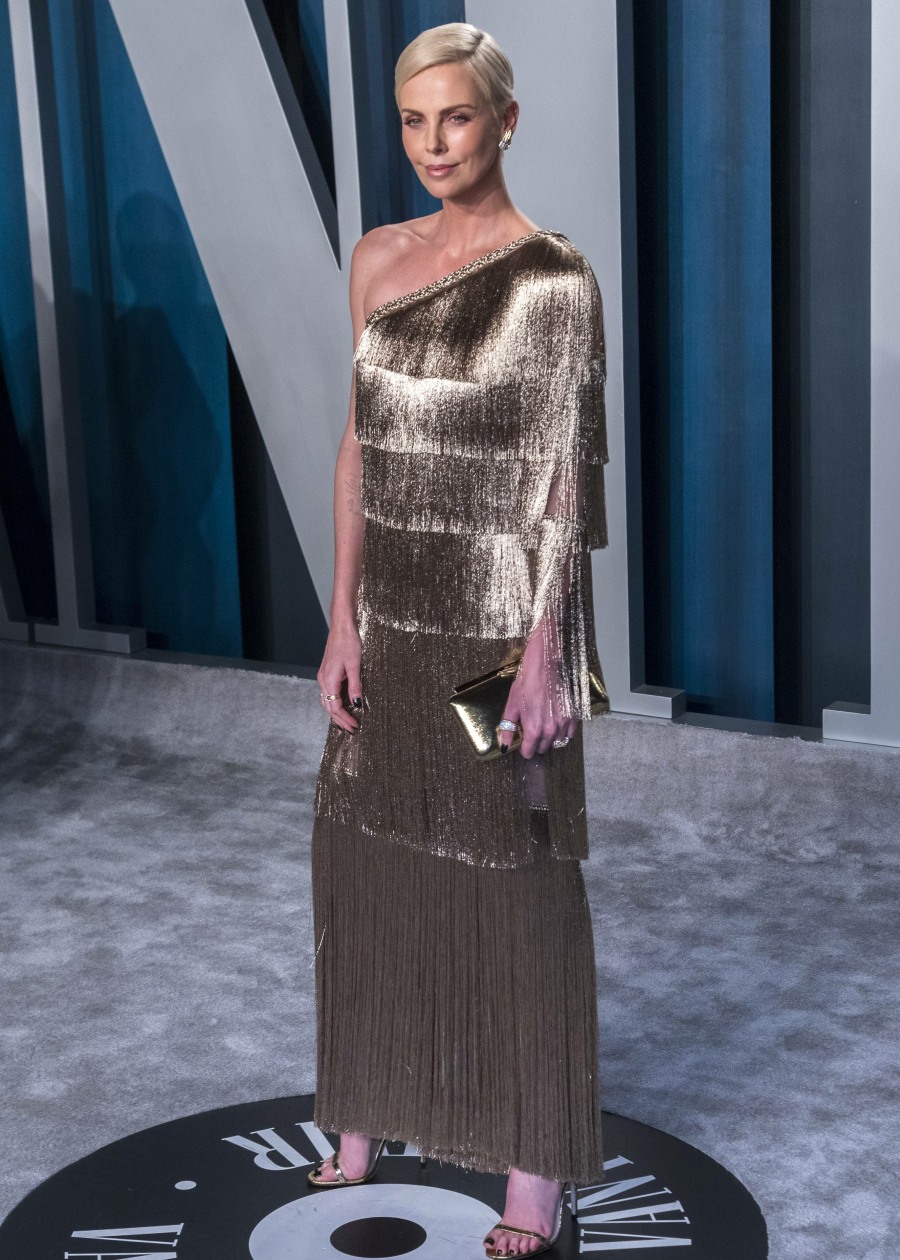 Florence Pugh in Louis Vuitton. She looks like a chic baked potato slowly shedding its foil. Or something! 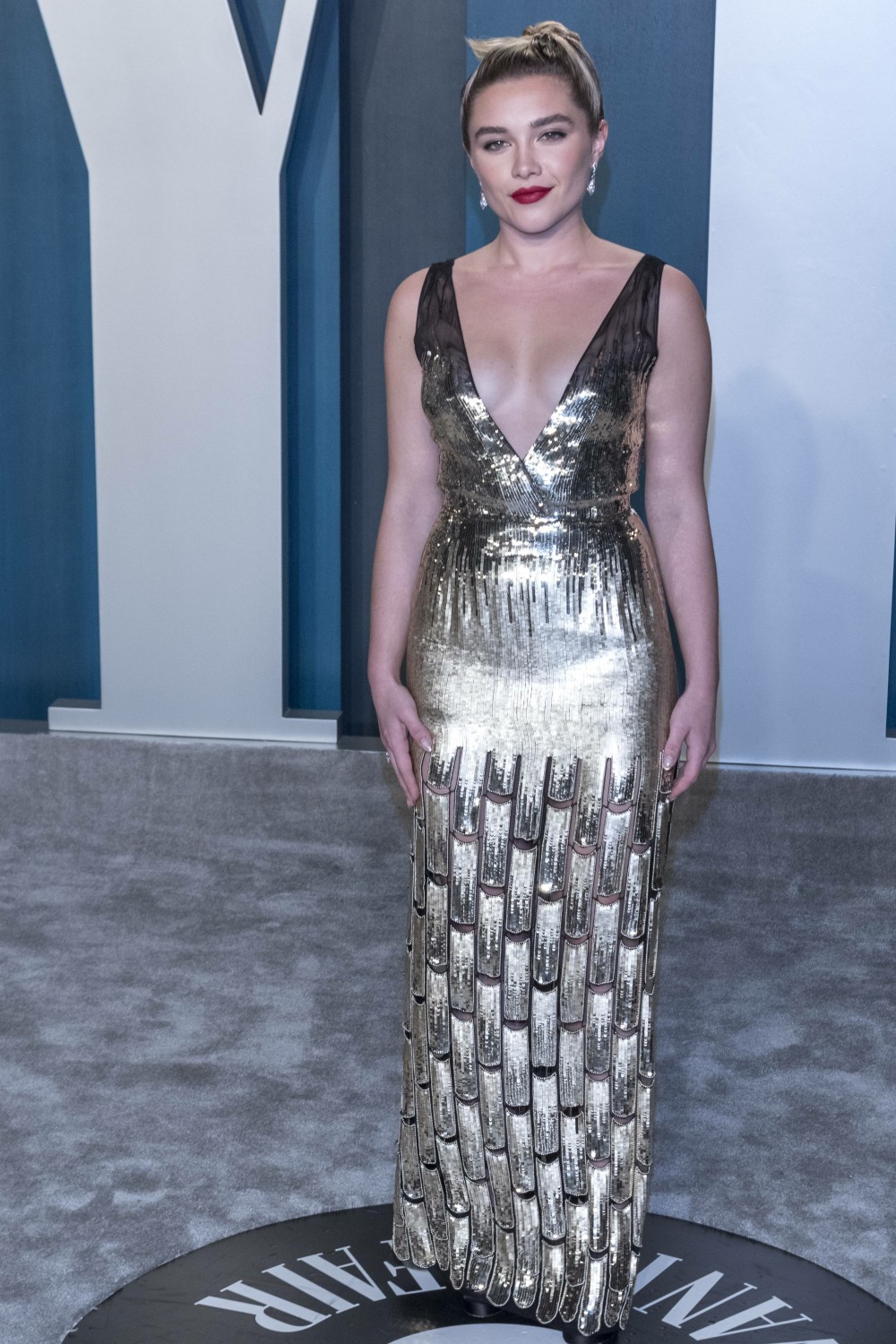 Lea Seydoux in Louis Vuitton. The dress is fine/pretty/flattering but her styling!! Lord, a center part and “natural” makeup, can we not? 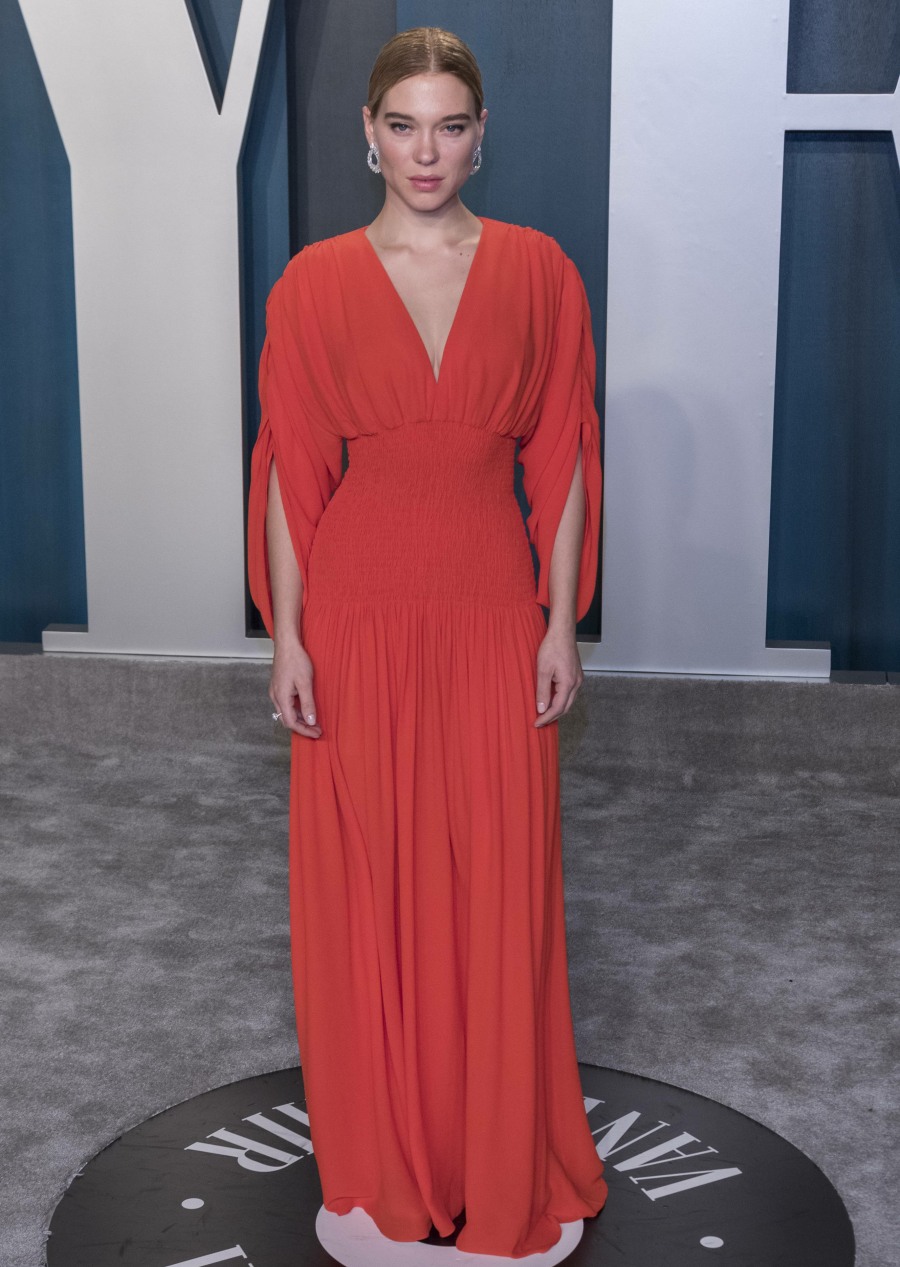 Gugu Mbatha Raw in a goth-glam Louis Vuitton. I feel like Rooney Mara is lusting over this dress.

Kaitlyn Dever in vintage Pierre Balmain. I LOVE THIS. I wish she had worn it to the Oscars.