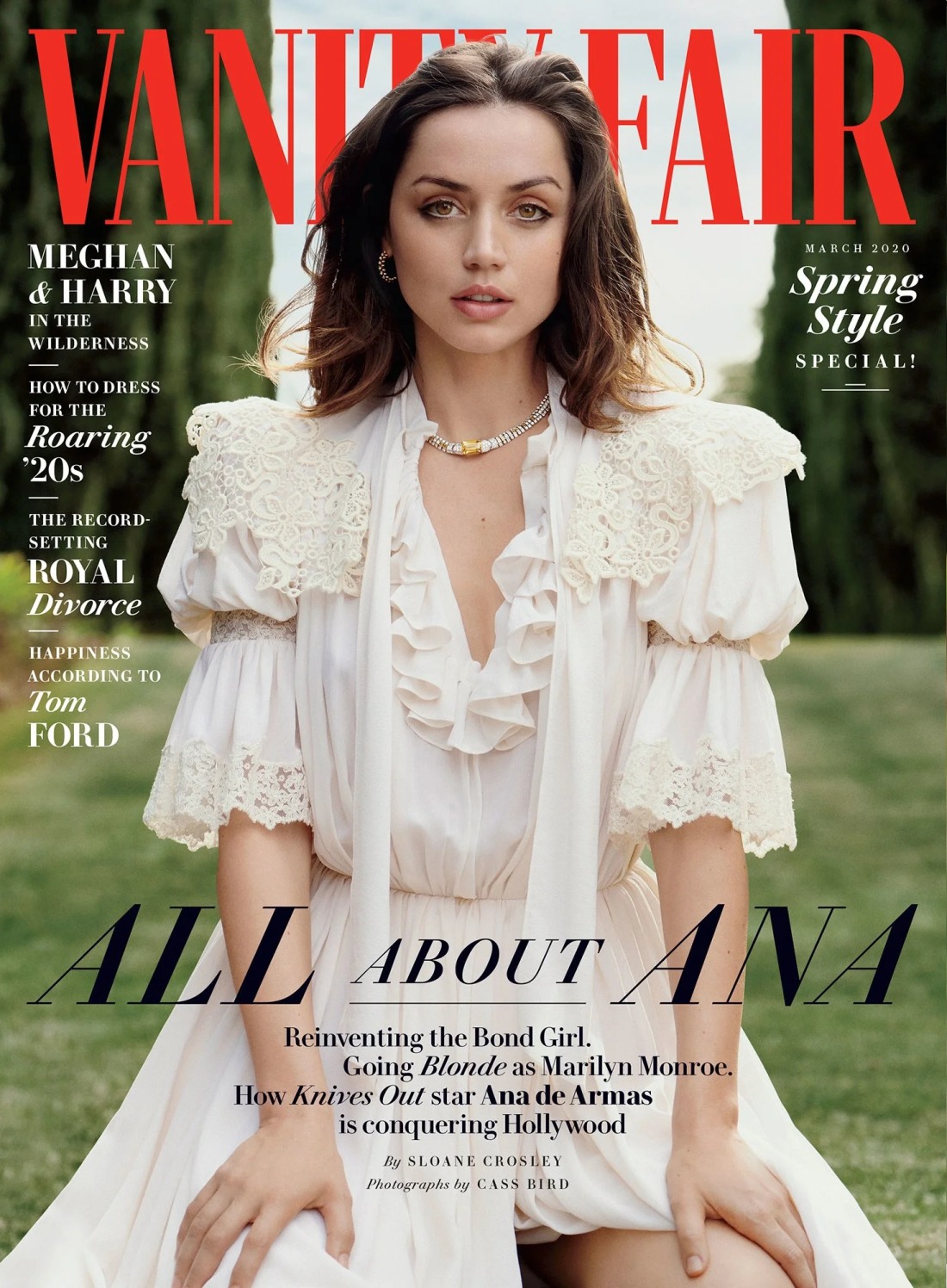 Ana de Armas covers the latest issue of Vanity Fair. Of all the It Girls who have come and gone in the past decade, I think Ana is one of the best we’ve had. She’s beautiful, Cuban, talented and very badass. I strongly suspect that most of her leading men have fallen in love with her. And so I approve of the Vanity Fair “It Girl” treatment, as they’ve done to many other bright young things. Ana has a bunch of stuff in the pipeline too: she’s still got a glow from Knives Out (where she was the lead of the ensemble), she’s a “Bond Girl” in No Time To Die, she’s in Deep Water with Ben Affleck, she’s in The Night Clerk with Helen Hunt and she was recently cast as Marilyn Monroe in Blonde. You can read the full VF piece here. Some highlights:

She owns a home in Havana: She spent New Year’s at a “roof party in the old part of Havana, playing music and dancing and drinking.” But things are more complicated than they seem. That party was full of actors she’s long admired “who said how proud they were, and that now I was the example for Cuban actors.” She cries just recounting it. Her parents have never been able to attend one of her film premieres. They see her work “later, like a bad copy or something.” In what should be satire, some L.A. acquaintances have gone so far as to tell her they envy the “digital detox” of Cuba or the fun of “not knowing what you’re going to eat for breakfast.” When the country was briefly open during the Obama administration, she heard concerns it would be overrun by Starbucks—“Americans complain about something existing, but then when they don’t have it, they also complain.”

She packs her bags, goes to Cuba & then leaves with nothing: “I came straight from Havana, so I’ve been wearing my plane clothes. My suitcases go full of clothing or medicine or supplies—whatever people need—and come back empty.”

Hollywood is “not my life, it’s my reality.” “I have great friends, and incredible things have happened for me here, but the lifestyle and the exposure and the constant business situations are not for me. I like talking about life and art and babies and pets. Acting is what I love to do, but I can’t talk about it, not all the time.”

She didn’t have any family in Miami, so she went to Spain first: Hers was “one of the few Cuban families with no one in Miami even. The conversation was always Spain. People ask ‘How did you make this choice or that?’ But there was only ever one choice at a time. I’ve never seen my life in two ways, the way I wanted it and plan B. There was only ever the way I wanted it.”

She didn’t speak English when she came to LA: War Dogs director Todd Phillips “changed a line of dialogue and it was a disaster. In the end he was like, ‘Okay, forget it, just say what you had.’ It’s not a good place to be as an actor. I couldn’t sustain a conversation….People ask, ‘How did you learn English so quickly?’ I’m like, ‘Because my life depended on it.’”

Her love life: Early in her L.A. life, she was in a serious relationship with agent Franklin Latt, heir apparent to Kevin Huvane at CAA. We don’t get into names, but about her personal life, she says, succinctly: “I’ve had company here, but it’s been the wrong company so I prefer to be alone. For anyone who ever questions or how did I get to do this or that, f–k them. They will not get to spend their New Year’s with me. They are not the people whose opinion I should care about. They are not the people I share my happiness with. I’ve never had an agenda. All I want to do is work. All I want to do is get something challenging and prove to myself that I can do it.”

That last part is purposefully vague in the Vanity Fair article, because like so many pretty young actresses who find early success, there are rumors of casting couches and affairs. For the record, I think she’s a beautiful woman and men are like flies to honey with her and that’s why she’s working so much – she’s beautiful and talented and dudes want to hire her. And that’s it. Plus the relationship with a powerful CAA agent too. As for the rest of it… I did NOT know that she still lives in Havana. That must be crazy for her to try to create a home base there, and travel back and forth for work, even with the eased travel restrictions between Cuba and America. Wow. 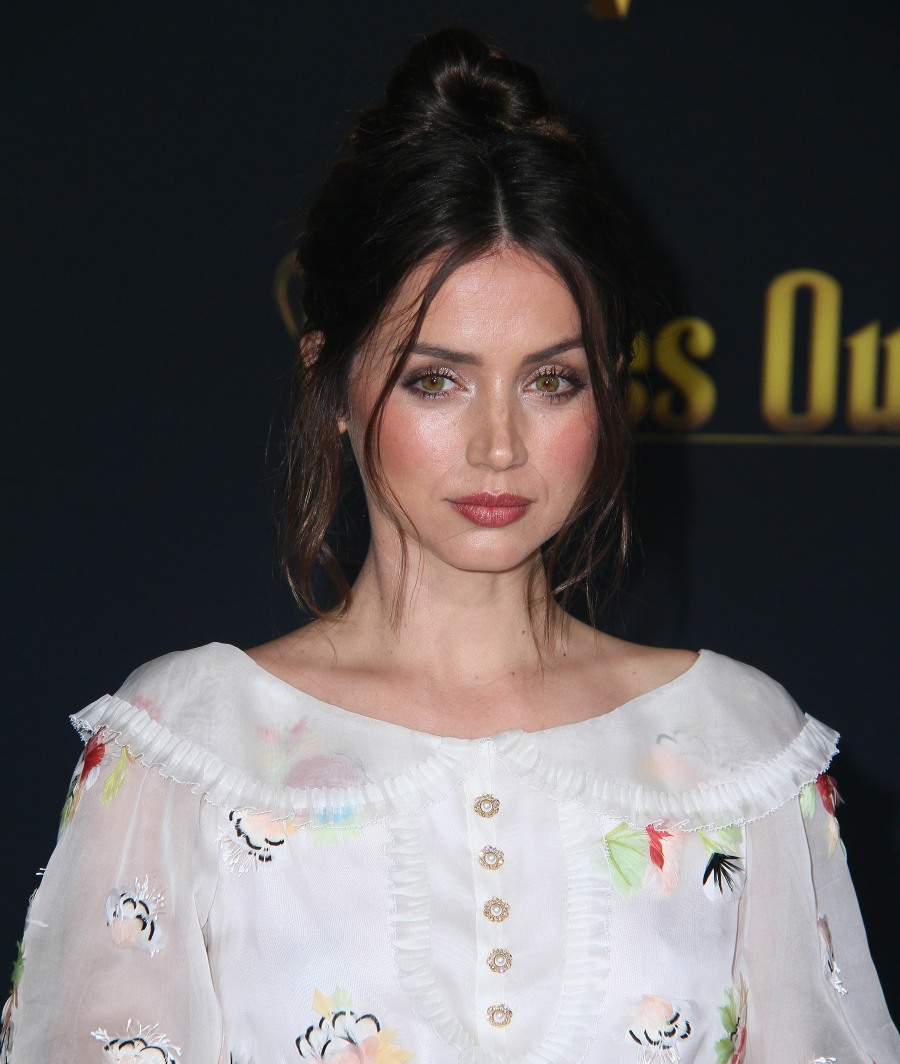