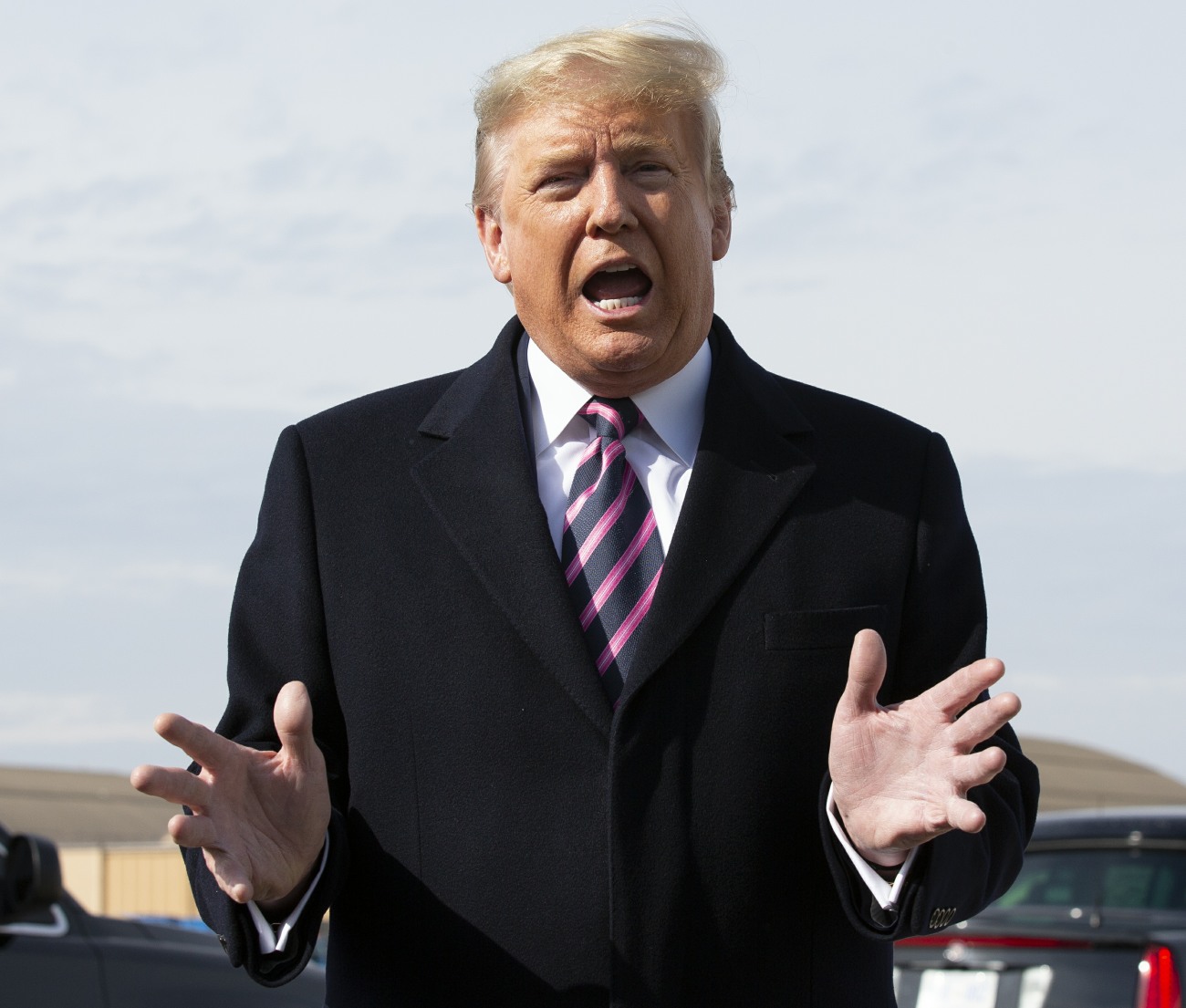 Ever since those shriveled, limp Republican cowards in the Senate fake-acquitted Donny Smallhands on the impeachment charges, Donny has been especially treason-y and criminal. He keeps interfering in on-going court cases and sentencing hearings, and it’s gotten so bad that the pathetic, limp attorney general William Barr is “considering resigning” over Trump’s Twitter demands to do more crimes. Not content to meddle with still-active legal situations, Trump then went on a pardon-and-commutation spree, helping out various Republicans, GOP donors, junk bonders and problematic white men. What is the endgame here? To pardon every white bro in prison? Probably. But the larger endgame is to destroy the justice system entirely and turn it into a Smallhands-operated mob family “justice” system. Plus, he wants to simply numb us to the larger pardons to come. Speaking of…remember Julian Assange? He’s baaaack.

A lawyer for Julian Assange has claimed in court that President Donald Trump offered to pardon Assange if the WikiLeaks founder agreed to help cover up Russia’s involvement in hacking emails from the Democratic National Committee. Assange’s lawyers said on Wednesday that former Republican congressman Dana Rohrabacher offered Assange the deal in 2017, a year after emails that damaged Hillary Clinton in the presidential race had been published. WikiLeaks posted the stolen DNC emails after they were hacked by Russian operatives.

The claim that Rohrabacher acted as an emissary for the White House came during a pre-extradition hearing in London. Assange has argued that he should not be extradited to the U.S. because the American case against him is politically motivated. He spent almost seven years hiding in the Ecuadorian embassy in Central London claiming that he would be jailed in the U.S. if he wasn’t granted asylum. He was kicked out of the embassy last year.

His lawyers told the court that Trump’s alleged offer to pardon Assange proved that this was no ordinary criminal investigation. Edward Fitzgerald, who was representing Assange in court, said he had evidence that a quid pro quo was put to Assange by Rohrabacher, who was known as Putin’s favorite congressman.

Fitzgerald said a statement produced by Assange’s personal lawyer, Jennifer Robinson, included a description of “Mr. Rohrabacher going to see Mr. Assange and saying, on instructions from the president, he was offering a pardon or some other way out, if Mr Assange… said Russia had nothing to do with the DNC leaks.”

Rohrabacher weighed in on Wednesday afternoon, insisting he never spoke to Trump about Assange prior to his personally-funded “fact finding mission” to London. He said he told Assange that he would “call on” Trump to pardon him if he was able to say who gave him the hacked emails.

“I was not directed by Trump or anyone else connected with him to meet with Julian Assange,” he said in a statement. “At no time did I offer Julian Assange anything from the President because I had not spoken with the President about this issue at all.”

I’m not going to spend the time researching all of the layers of Russian propaganda and Assange’s increasingly sketchy lies over the years, but it was my understanding that Assange has NEVER admitted that he acted as the middleman to Russia’s strategic hacking to benefit Donny Smallhands, right? All this time, Assange has continued to deny the obvious, to deny that fact for which there is ample evidence: that Trump and his people met with Russian agents, and they all agreed on a plan of action, which is that Hillary Clinton needed to be dirtied up with But Her Emails, and they would launder this criminal enterprise through Wikileaks as a not-so-neutral third-party. From free-speech darling to tool of Russian fascism in just a few short years, that’s Julian Assange (that’s not even his real name).

Anyway, yeah – this doesn’t surprise me at all. Of course Trump is going to try to pardon Assange. He’ll probably succeed in pardoning Assange. And then he’ll use that pardon as “proof” of his innocence. Or something, I can’t keep up with this bulls–t. I’m too busy pricing condos in Argentina. 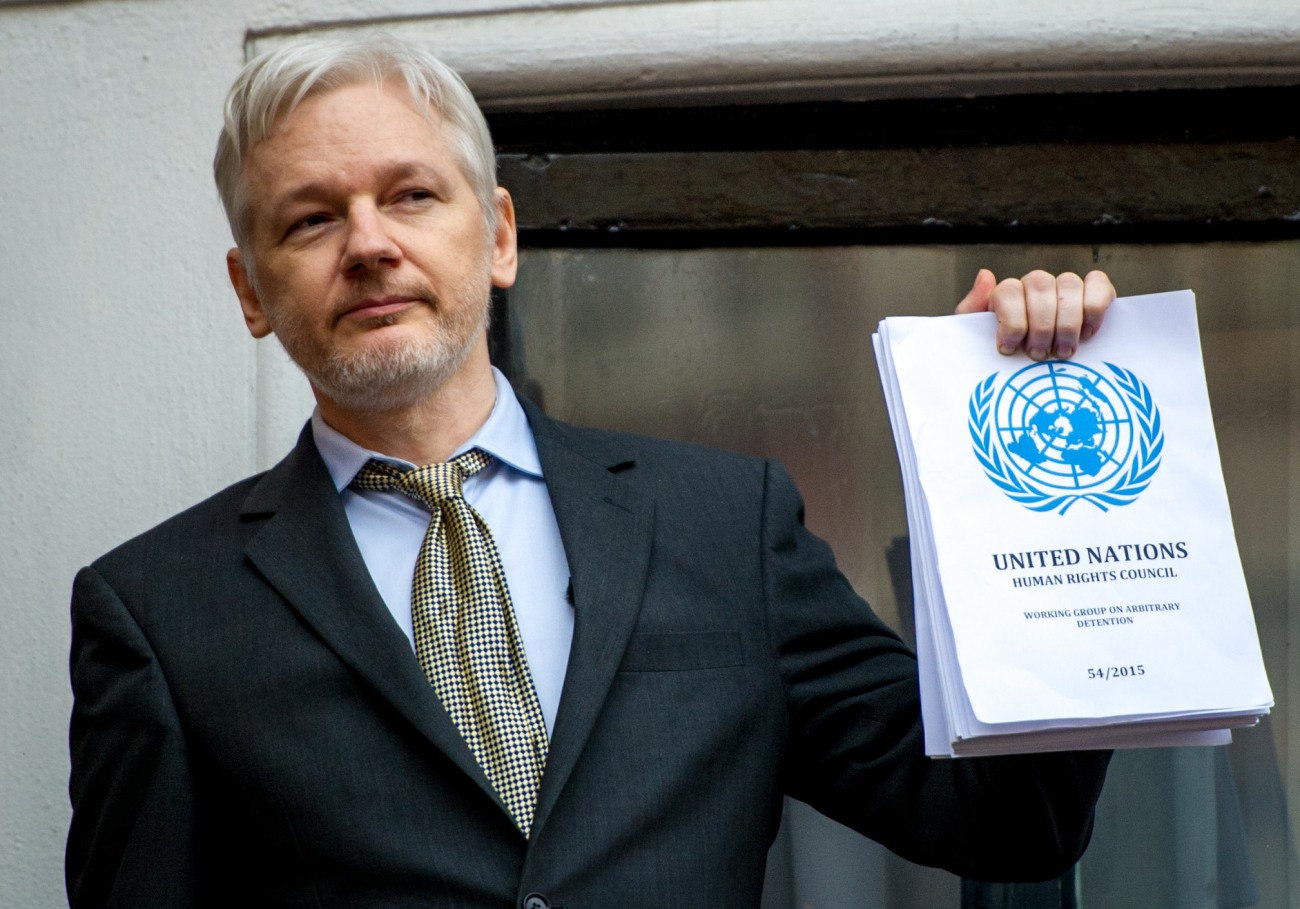