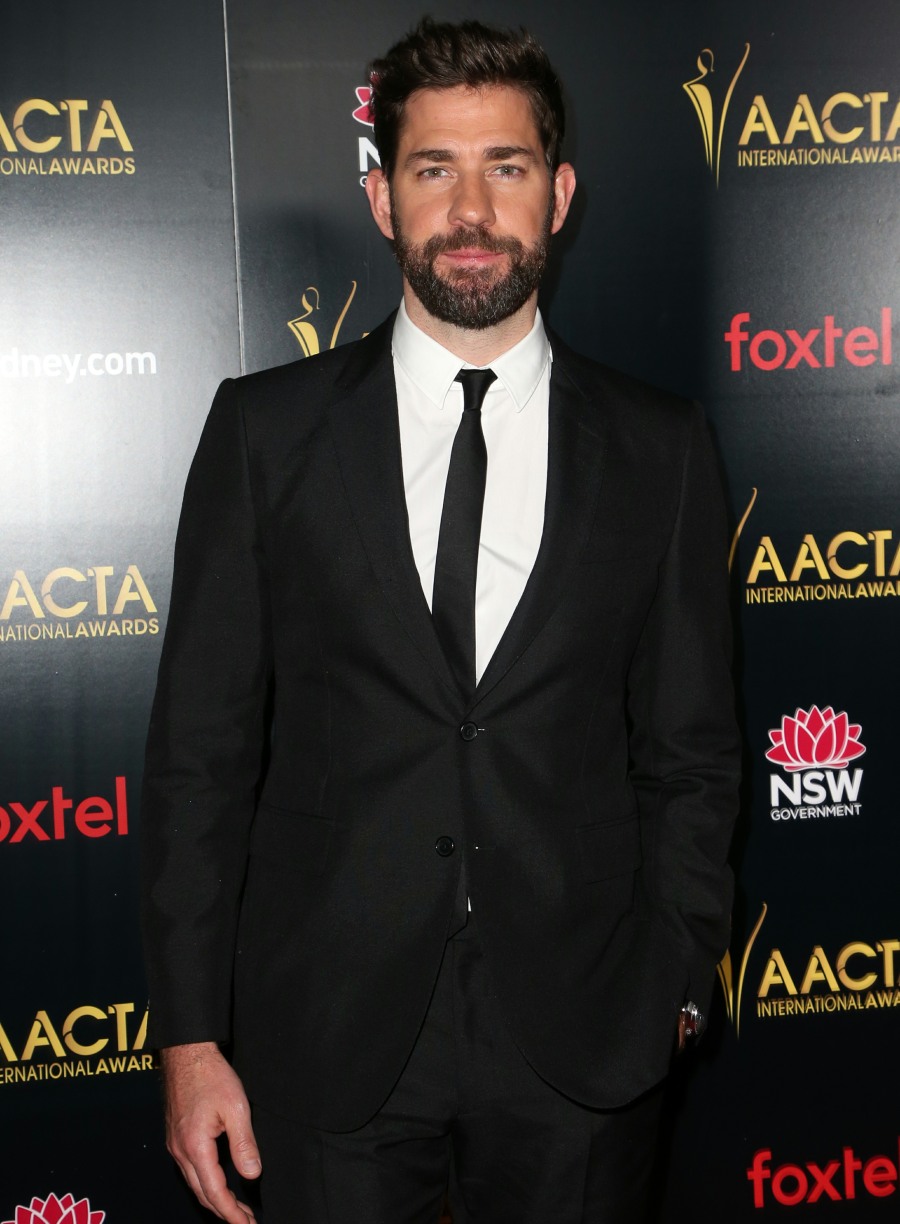 Whenever I don’t see John Krasinski for a while, I just assume that his wife Emily Blunt has been working a lot and John has been doing the stay-at-home-dad thing. That seems to be their set-up, and I’ve always respected the fact that John always knew, even at the start of their relationship, that Emily was the “star,” and that her acting career was probably always going to be the bigger priority over his career. On a career level, I always respected John for his patience too – he didn’t just say “yes” to a series of dumb movies or TV shows out of desperation to work after The Office. He stayed home, built a strong foundation for his marriage to Emily, and he was a supportive partner and hands-on dad and he quietly waited for the right stuff to come his way. Anyway, John is currently promoting A Quiet Place II, which he also directed (like the first one), and he gave a fascinating interview to Esquire. I hadn’t clocked this, but did you know there’s a “John Krasinski is a secret Republican” conversation happening? He addresses that and more. Some highlights:

On the criticism that ‘A Quiet Place’ is regressive and about ‘a silent white family with guns protecting their home from invaders’: Krasinski never intended it that way. While he maintains that he’s never going to argue with someone’s reading of his film, he didn’t write it with a political slant. “I never saw it that way or ever thought of it until it was presented to me in that way. It wasn’t about being, you know, silent and political time that had nothing to do with that. If anything it was about, you know, going into the dark and, and taking a chance when all hope looked lost, you take, you know, you fight for what’s most important to you. Again, my whole metaphor was solely about parenthood.”

How he decided to direct his first film, Brief Interviews With Hideous Men. He was talking about the project with his Office co-star Rainn Wilson, who suggested that Krasinski should just direct the film. “I thought, ‘Wow, I don’t know. I can’t direct.’ And he was like, ‘Why not? Just do it.’ So I did.”

He still loves & respects The Office: “The Office was absolutely everything to me. I mean it is my beginning and my end. I’m pretty sure at the end of my career I’ll still be known for Jim. That was my first experience with Hollywood. It was the first creative family I’ve ever had. In many ways, they will always be the most important people in that most important experience in my career. So yeah, if they did a reunion, I would absolutely love to do it.”

He auditioned for Captain America: “People have a sense that some of us are insanely competitive. I’ve known Chris forever. So as soon as they said Chris Evans got the part, I was like, yeah, look at that guy. Are you kidding me? He is Captain America. And I just saw Chris a couple of weeks ago and we were still laughing about it. I said, ‘I love that you retired in my role.’”

The narrative that he’s quietly a gun-toting Republican, or that he cozies up to that Red State imagery: “That narrative is certainly not the narrative I intended to put out there. When people look for something that they want to see, I can’t stop them from a subjective belief in something,” says Krasinski, who cohosted a fundraiser for Elizabeth Warren’s senatorial campaign in 2012. From his perspective, his decision to star in 13 Hours—about the attacks on the American diplomatic compound in Benghazi—was not a political one. “I have 11 aunts and uncles and cousins who have been in the military or still are in the military. So it was a big thing on my list to get to do a military movie or show or something,” He says the film was about the individuals and the events of that night. Not politics. “As far as Jack Ryan and the CIA, I always say it’s about the people. I’ll always respect people who put their lives on the line for people like me, who they’ve never met.”

This reminds me of the conversation we had about Bradley Cooper and American Sniper several years ago – we know that Bradley Cooper and John Krasinski are, on a personal and political level, quite liberal and progressive men, and probably somewhat-to-quite woke in their private and professional lives. But yeah, the characters and stories they’re drawn to have that regressive, conservative, (aggrieved) white-man-against-the-world vibe. Is that Hollywood and the stories they tell about heroic white dudes? Or is Krasinski quietly that guy?

Oh, and there’s some conversation that if (when?) Marvel reboots the Fantastic Four franchise that John is one of the leading contenders for Mister Fantastic. He doesn’t deny it, and he compliments Marvel for how they handle their business, so that means he’s probably already got the part, imo. 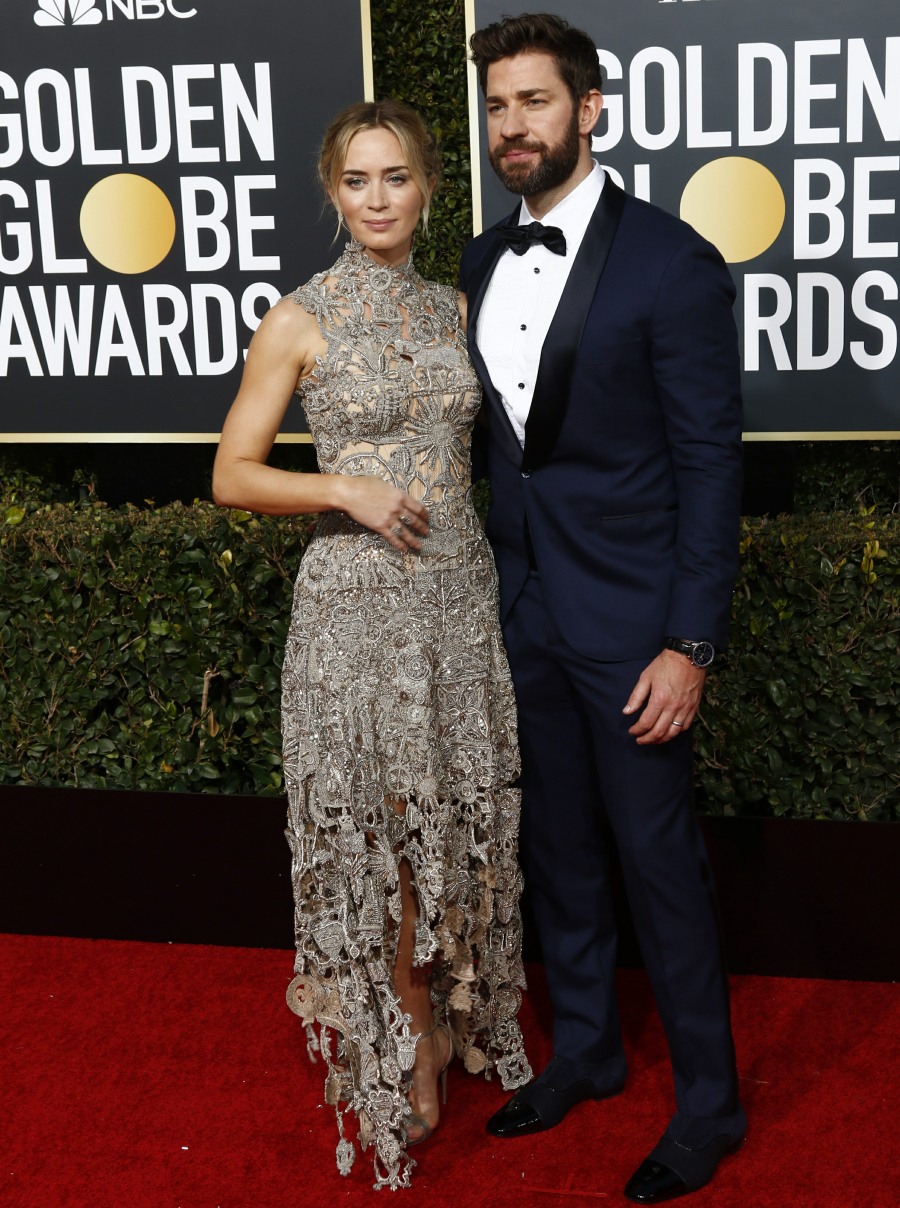