Meghan Trainor: Magazines won’t airbrush me or hide my shapewear 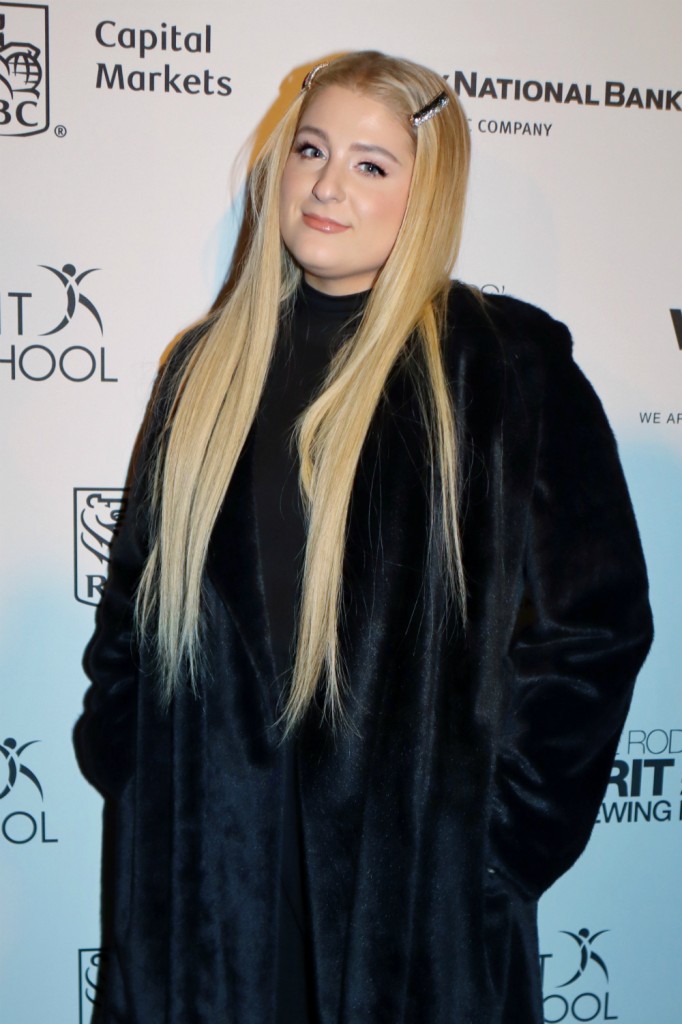 Meghan Trainor recently talked to The Guardian about her style evolution since hitting the scene with All About That Base. According to Meghan (literally, the article is written first person, as told to) when she stepped in front of the camera, a certain style/image was put upon her. Now that she is more comfortable in her own skin, she wants to be as authentic as possible, and that includes how she appears in photos.

I was 19 when I signed a record deal and I had no idea how to dress myself. I was all Forever 21 – my audition look was a backwards hat and hoops, leopard-print leggings, a lot of black eyeliner and no makeup on my eyebrows. So I’ve learned a lot.

My style is comfortable, but I also love when outfits show off my curves. I want to look and feel hot. For a long time, I wore baggy clothes and leggings; I felt insecure and I didn’t know how to dress my body. I’m still learning what looks awesome on me – it’s a dangerous game of expensive clothes. I love the Kardashians and what they wear. I’m also really into Stella McCartney – I went to her London store and it felt like the future.

Nowadays, magazines won’t airbrush me – they don’t even hide when I’m wearing shapewear. I think my songs said something really loud about that. I don’t know how to squeeze my body using [the photo-editing app] FaceTune – I had someone on my team that would try and do that for me and I would say: I look crazy, please go back. My body is my body on my ’gram – it’s not squished or anything.

Body positivity has been a crusade of Meghan’s since the beginning of her career. Not only is it the theme of many of her songs, she once had a video pulled because someone had photoshopped her in post-production. I am slightly unclear in this piece as to whether Meghan won’t let magazines photoshop her or if she thinks magazines just understood the messages of her songs. I’m having a hard time believing magazines came to that realization on their own, I’m pretty sure Meghan’s team had a lot to do with their decision to print clean images. Whatever the case, I found her inclusion of showing shapewear interesting. That’s the next step from full transparency, isn’t it.

Meghan also discussed the visuals of the All About That Bass video that looked like unicorn threw up in an Easter basket. She said she assumed the heavy-handed pastels and sweater set look was being sold as a costume and when she became associated with that aesthetic, it frustrated her. Meghan said her personal style gravitates more towards blacks for color and chic for silhouette. However, every mime has a harlequin side, which explains why Meghan agreed to dress as a Powerpuff Girl for the 2020 Christian Cowan runway show. This look is… so much. 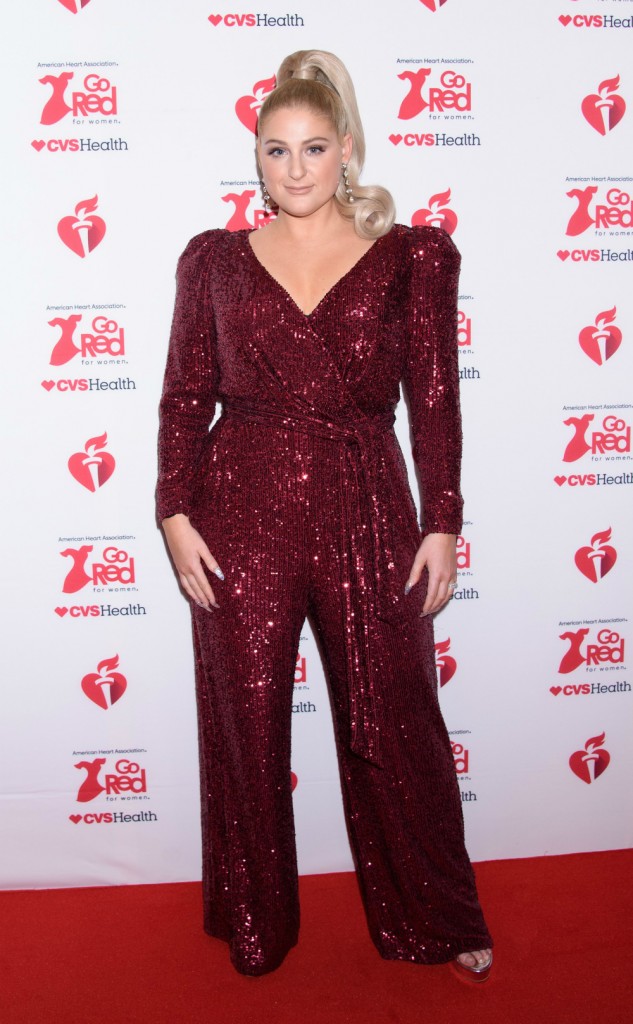 12 Responses to “Meghan Trainor: Magazines won’t airbrush me or hide my shapewear”