What to watch when you’re bored as hell at home 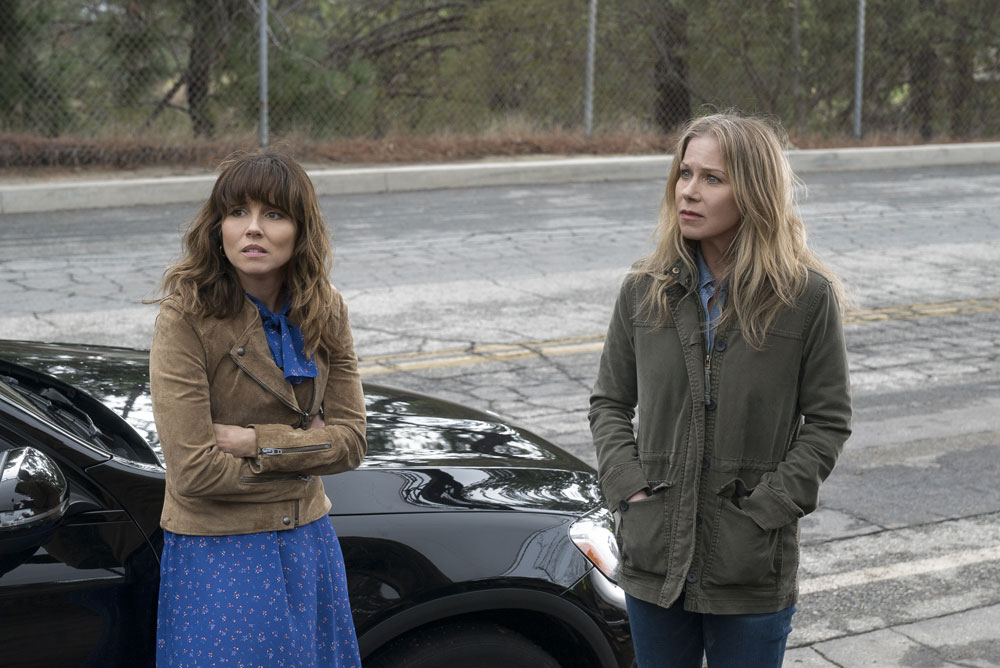 Good morning my quarantined Celebitches! How are y’all holding up? So far things are pretty groovy at Hecate Temple. I would like to offer a MASSIVE shout out to my kids’ teachers for doing an incredible job with lessons and assignments for their students. I’m sure that applies to all teachers everywhere. Of course, retail/grocery workers should all receive medals of commendations when this is over. And medical and first responders should be canonized, but that goes for everything they do, always.

So how are you spending your isolated days? I just ordered a bunch of books. But I’m also watching more programs more than I usually do. Since you might find yourself in the same situation, I’m here to offer some suggestions of things to watch. First up, Hank Stuever from The Washington Post offered some recommendations. Stuever suggests readers use money they are saving from Uber rides and coffee and get multiple streaming services. Not sure how viable that suggestion is. His list is extensive, at least. I’m just highlighting the top of the list, you can read the whole thing here:

Top 10 of 2019: At the top of that list is HBO’s “Watchmen,” a stunningly realized drama about race and vigilante justice in a fictional America suffering from a peculiar sort of superhero complex. You don’t have to be a comic-book fan to enjoy it; Regina King’s performance alone will quickly convince you.

If you’ve watched everything already: I’ll bet you haven’t — not even close. You’ve watched all the amazing previous seasons of FX’s “Better Things” and are up to date on the current season? Then you, too, share my belief that Sam Fox (Pamela Adlon) would be the ideal person to quarantine with. (Have you noticed all her delicious cooking?)

What about HBO’s “Insecure,” which returns April 12? Are you ready for that? What about all of Netflix’s “BoJack Horseman?” (And “Big Mouth?”) You’ve watched “Ramy” on Hulu? “Dickinson” on Apple TV Plus?

Now that you can access FX’s entire catalogue on Hulu, I’m sure you’ve watched both seasons of “Pose.” (Right? And “Fosse/Verdon?”) You found time to figure out what the producers were trying to tell us in last summer’s “Euphoria” on HBO? You’ve considered the beguiling meanings and extreme creativity in Showtime’s “Kidding,” including this current season? You’re deep into FX on Hulu’s “Devs,” Silicon Valley’s answer to “Killing Eve?”

Feel good TV: If official reassurances have failed to convince you that the end isn’t near — or you’re just spooked in general about your own mortality, the absurdity of existence, the meaning of moral goodness and the notion of a final judgment, well, you’re primed and ready for TV’s brightest, wittiest and most thorough exploration of life’s big philosophical concepts. I’m talking, of course, about NBC’s “The Good Place,” which wrapped in January.

Stuever also suggests The Marvelous Mrs. Maisel, Little America, Call the Midwife and Pen15 for feel good shows. I agree with about half his suggestions, overall. But there is something for everyone. The LA Times put together a list of movies and one for children’s educational TV shows. To the latter, I would also suggest the TedEd and Kurzgesagt – In a Nutshell series on YouTube. Sarah (Cinesnark) at Lainey Gossip made a list of shows that are outside the usual (GoT, Breaking Bad, Schitt’s Creek, Fleabag, etc.) suggestions. From her list I absolutely agree with Buzzfeed: Unsolved and What We do in the Shadows (the original movie is just as enjoyable as the series). She’s on a The Vampire Diaries kick and I would recommend it’s spin off, The Originals, over TVD, but hell, if you have the time, do both.

So, now it’s my turn, I guess. If TVD and The Originals, are your thing, give The Magicians (Syfy, Hulu, Netflix) a try. It is the wildest thing I’ve seen in a while. It is so campy and outrageous; they are absolutely not bound by any constraints of believability, so it just gets weirder. Plus, everyone is so pretty. Bless This Mess (ABC, Hulu) is consistently funny, and the supporting cast is so good, it’s one of the strongest ensembles on television. Plus it falls into the feel-good category. I became a big fan of Mythic Quest: Raven’s Banquet (Apple TV) but I am married to a member of the video game community (as in, he makes them). The show is so accurate at its core, my husband had trouble watching some of it. I don’t think you have to have survived the industry to truly appreciate it, either. Episode five is flat out award-worthy storytelling. And, lastly, I mentioned it the other day, but I’m enjoying the hell out of Avenue 5 (HBO). I haven’t finished it yet because my husband and I are watching together so we just do a couple a week.

So what are you guys watching to get through this? 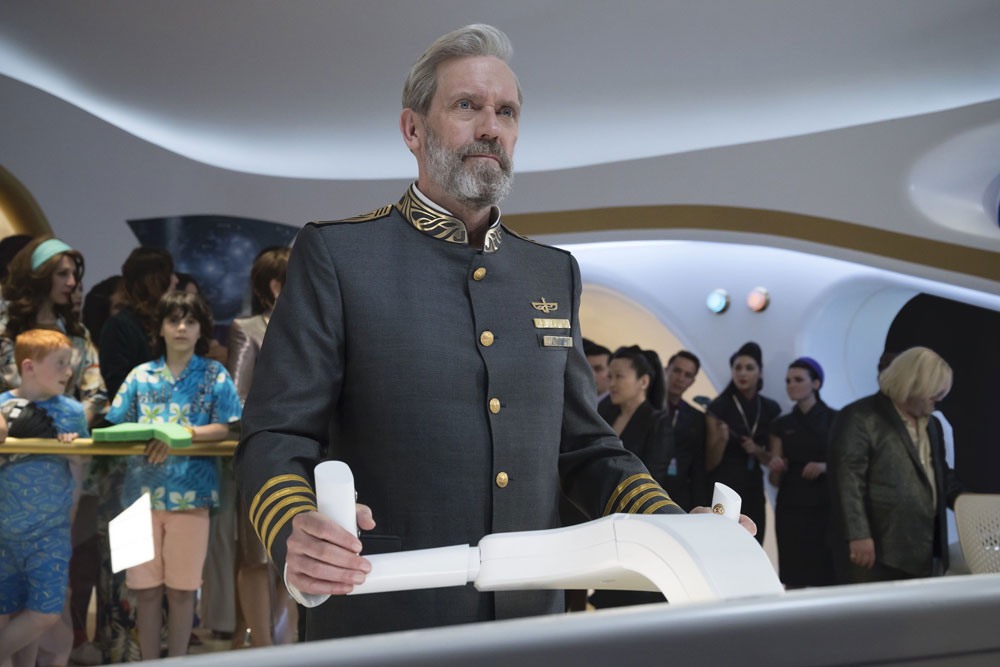 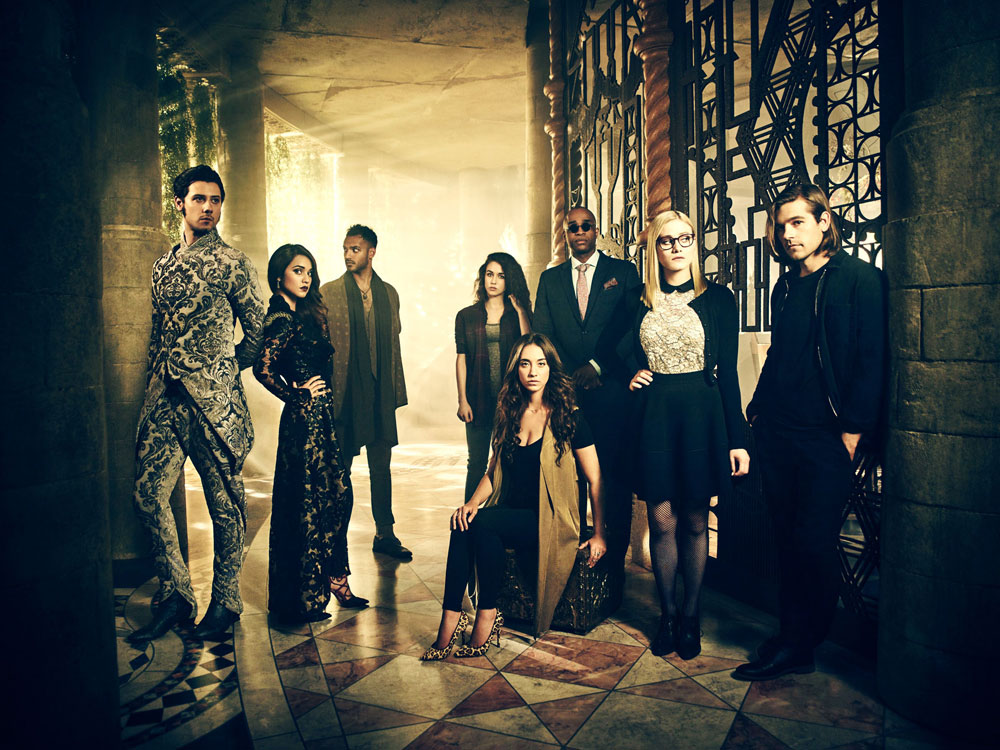