Gwyneth Paltrow burned the hell out of her homemade vegetarian paella, right?

Vegetarian Paella for the Faltrows in order to support @godslovenyc, a NYC non-profit that cooks and home-delivers medically tailored meals to individuals living with serious illness. This post is for you, NYC. God’s Love needs our help right now to be there for their clients during the Corona virus pandemic. To donate, go to glwd.org/whoareyoucookingfor (link in bio). Thanks @michaelkors for the tag and I invite some of my food-loving ladies to participate. Tag #whoareyoucookingfor! @caitomalley @oilandsalt @hvnstabetsy

Gwyneth Paltrow fancies herself an expert and an intellectual. She studied abroad in Spain when she was a kid, and she spent a lot of time in Spain as an adult, vacationing there and filming a PBS docu-series on Spanish cuisine with Mario Batalli. When she branded herself as a cookbook-writer, she included many recipes which were Spanish in origin (just goopified) and many Spanish dishes in general. The point is that Gwyneth loves Spain and Spanish cuisine.

So Gwyneth decided to cook a Spanish dish as a way to direct money to God’s Love We Deliver, a nonprofit which delivers meals to people dealing with serious illnesses. She posted a video onto Instagram, showing how she made her special version of vegetarian paella. Her method, from what I can see, is completely solid – saute the onion, garlic and vegetables (I think she’s using leeks) first in a paella pan while simmering the vegetable broth in a second pan. Put the rice into the paella pan and allow the rice to first develop a “crust” alongside the veggies. Then add the broth and simmer. Gwyneth added raw artichokes and frozen peas as the rice simmered – the peas are fine, but those artichokes look gross to me (I’m not an artichoke person though).

The thing is… ideally, for the finished paella, the rice on the bottom of the paella pan – in Spanish, the socarrat – should be toasted, crusty and brown. The rice on the bottom of the paella pan should not utterly f–king black and burnt. Which is what Gwyneth did. Look at the photo of the finished paella! She burnt the f–k out of HALF the rice in her dish. Which really makes me question how she managed to brand herself a celebrity cookbook-writer, honestly. Still, I mean – this was for charity. Good on her for doing something for charity. But now I really wonder if Gwyneth kind of sucks as a cook? 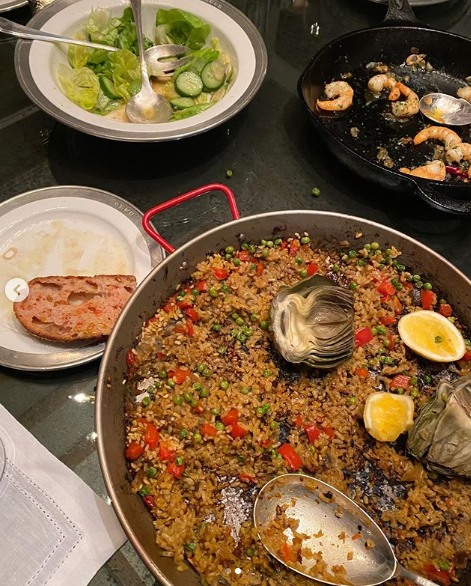 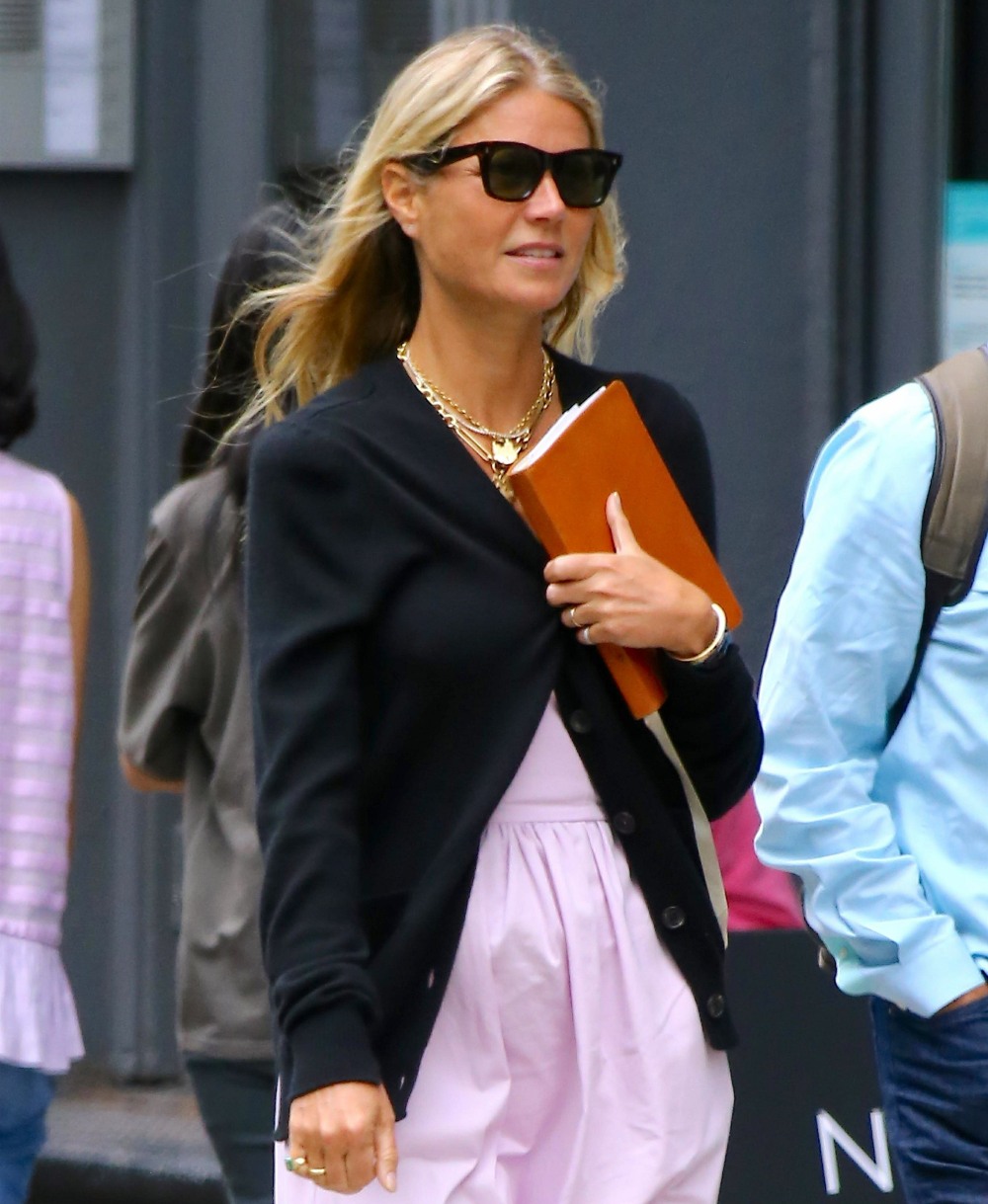 29 Responses to “Gwyneth Paltrow burned the hell out of her homemade vegetarian paella, right?”