Megan Thee Stallion: ‘It takes more energy to be a bitch than it does to just be nice’ 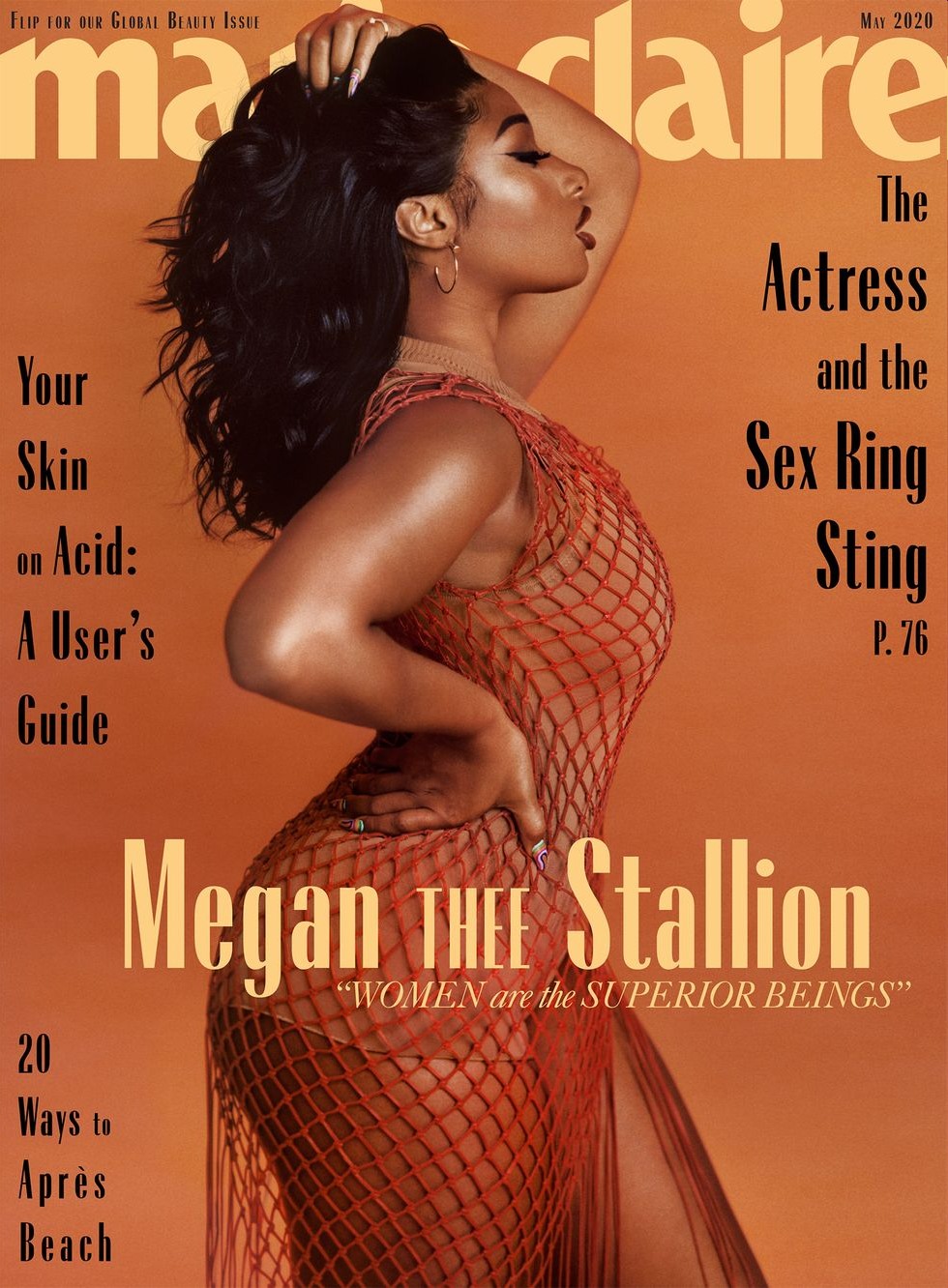 I find Megan Thee Stallion to be SO pretty. She just has such a beautiful face and figure. Goals. Megan covers the latest issue of Marie Claire, and the photoshoot is colorful and sexy and actually quite cute. Meghan is, I believe, one of those sexy, pretty women who is beloved by women across the board. Even though her lyrics make me blush, she’s funny and ballsy and I love her confidence and vibe. Meghan is promoting new music and the new reality show Legendary – you can read the full profile here. Some highlights:

She’s debauched but she’s also a college student: She attends Texas Southern University. She’s currently working toward a degree in health-care administration, and she dreams of one day opening assisted-living facilities for the elderly in her hometown. “I never had a plan B; I always had two plan As. I knew I wanted to go to school, but I knew I wanted to pursue music,” she says. Due to her hectic work schedule, most of her schooling currently happens online. “When you really want to do something, you’re really going to put your mind to doing it. And I really want to do both. I have to do both.”

On the double-standards for a woman to rap in graphic detail about sex. “A man can be as mediocre as he wants to be but still be praised. A man can talk about how he’s about to do all of these drugs and then come and shoot your house up. But as soon as I say something about my vagina, it’s the end of the world? What are you really mad about? You cannot be mad about me rapping about sex. That’s not what you’re mad about. It’s something deeper. Not only am I rapping about sex, I’m rapping about you making me feel good….Sometimes it’s overwhelming to some men. They can’t handle it, they get a little shook, they get a little scared. But I’m not going nowhere, so get used to it.”

What her grandmother taught her: “It takes more energy to be a bitch than it does to just be nice.”

She’s Beyonce’s #1 fan: “Everyone knows I’m Beyoncé’s number-one fan. When I met her, I wanted to faint, but I had to keep it cool.” Meg admits she often wonders what Queen Bey would make of her choices. “I know I’m not doing sh-t that Beyoncé would do. Half the time, I’m like ‘Damn, Beyoncé would not be proud of this.’”

I think Beyonce is probably really proud of her fellow Houston lady? Yeah, Megan’s choices are not Beyonce’s choices, but I also feel like Beyonce is old enough at this point to respect when the younger women are coming in hot and raunchy. Anyway, I love that Megan’s still in college and that she’s got other goals than just “being famous and successful in music.” Now, does that mean I agree with her that it’s easier to be nice than it is to be a bitch? Not really!

15 Responses to “Megan Thee Stallion: ‘It takes more energy to be a bitch than it does to just be nice’”