Alison Brie: Lifting won’t make you bulky ‘You can pack muscle into a lean body’ 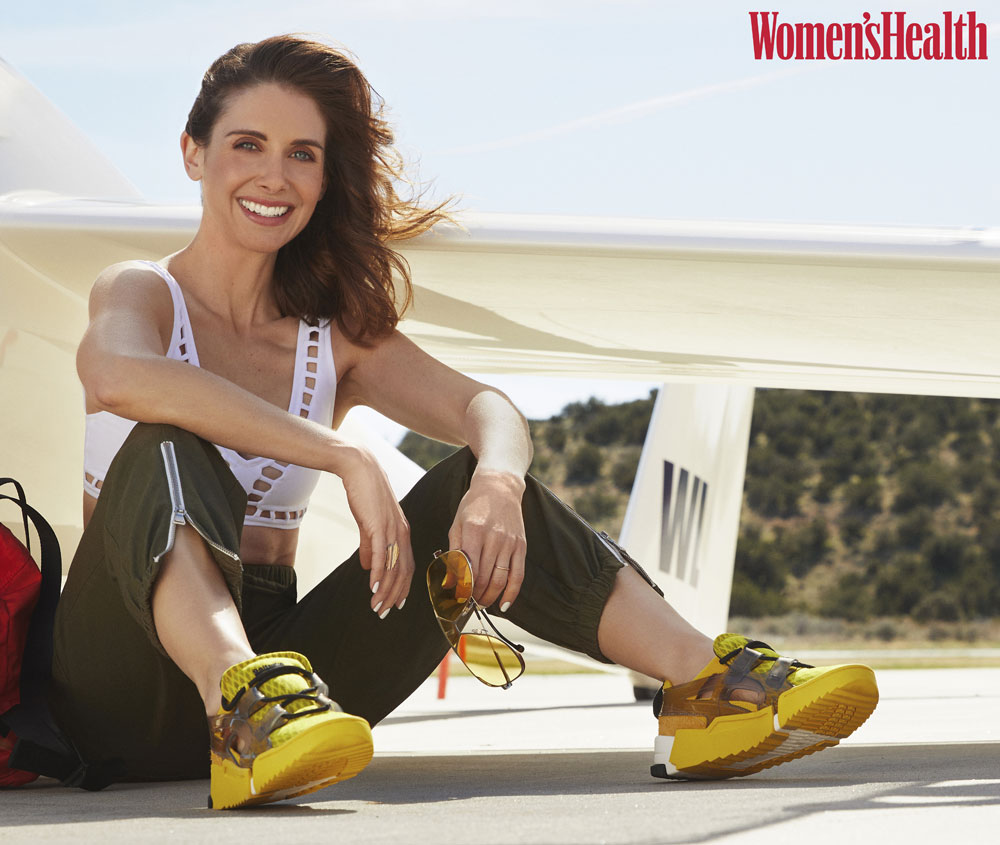 Alison Brie is covering the May issue of Women’s Health. As Kaiser often notes, we’re still getting pre-virus interviews and profiles. A lot of outlets include newer quotes to bring some seriousness to otherwise fluffy pieces, but WH didn’t do that here, which I understand. Alison’s interview was deep and revealing, without any pre-lockdown workout or personal stories (like in-person gym classes, parties, etc.) to make us reminisce. It also includes details on how she works out on the go, which is more relevant now. I found myself relating to several things she mentioned, like her body dysmorphia, how she used to focus only on cardio and how weight-training helped her so much. She’s promoting Glow season four, which is coming out this summer. Apparently it’s been delayed like so many other shows.

“I thought, I’m in my late 20s, I should probably start doing some strength training.”

“…being small was a side effect of being super fit and muscular. I like to lead the charge against people thinking that strength training makes women bulky. Jason [Walsh from Rise Nation] uses my body as an example at the gym, because I can lift more than a lot of people. You can pack a lot of muscle into a lean little body.”

On whether she still grapples with body dysmorphia:
“Oh definitely. Still do! I go back to red carpet photos where I thought I looked so horrible, and there are some where I now think, God, I looked beautiful. And I’ll remember: An hour before that I was in tears; I thought I was so disgusting. I think it’s something I’ll probably be working through my whole life. And depression too.”

On her marriage to Dave Franco:
“I’m so lucky I’m married to a really wonderful, open person. We have great lines of communication, and I can talk often about my feelings.”

“It’s been funny talking to him about it. He said, ‘Before I knew you, I’m not sure I believed body dysmorphia was a real thing. It’s so interesting to me what you see – and what I’m seeing when I’m looking at you – and the frank discussions we have about it.’”

On dealing with depression
“When I’ve been in a really serious depression, I’ll drag myself to a yoga class – even if I don’t want to be around people – tears streaming down my face. But, Get in class, get out of your head, get blood flowing. It ends up helping eventually.”

She used to have sugar cravings but has upped protein
“I used to feel more out of control with it. Being more diligent has been helpful for me mentally.”

I used to be more focused on being thin when I did only cardio too. I know that I don’t see my body realistically and can be very hard on myself, but lifting weight helped me in a similar way. It was stressful for me to gain weight when I started strength training, but I also saw that my clothes still fit. I also think doing too much cardio does something to your body where you get so hungry and end up caught in a vicious cycle. At least that was what happened to me, especially with sugar as she mentions. Oh and I’ve also cried at yoga class. There’s a yin yoga class I used to take with this one wonderful instructor, and it would get to me sometimes. Other people in that class have cried too. Yoga is one of those things that always helps but which I don’t do enough. I like Alison, and I appreciate how she took what could have been a superficial interview as a chance to open up.

Also, the photoshoot is really cool for this. I like how they used a plane as a prop and put her in contemporary athletic gear with pops of color. 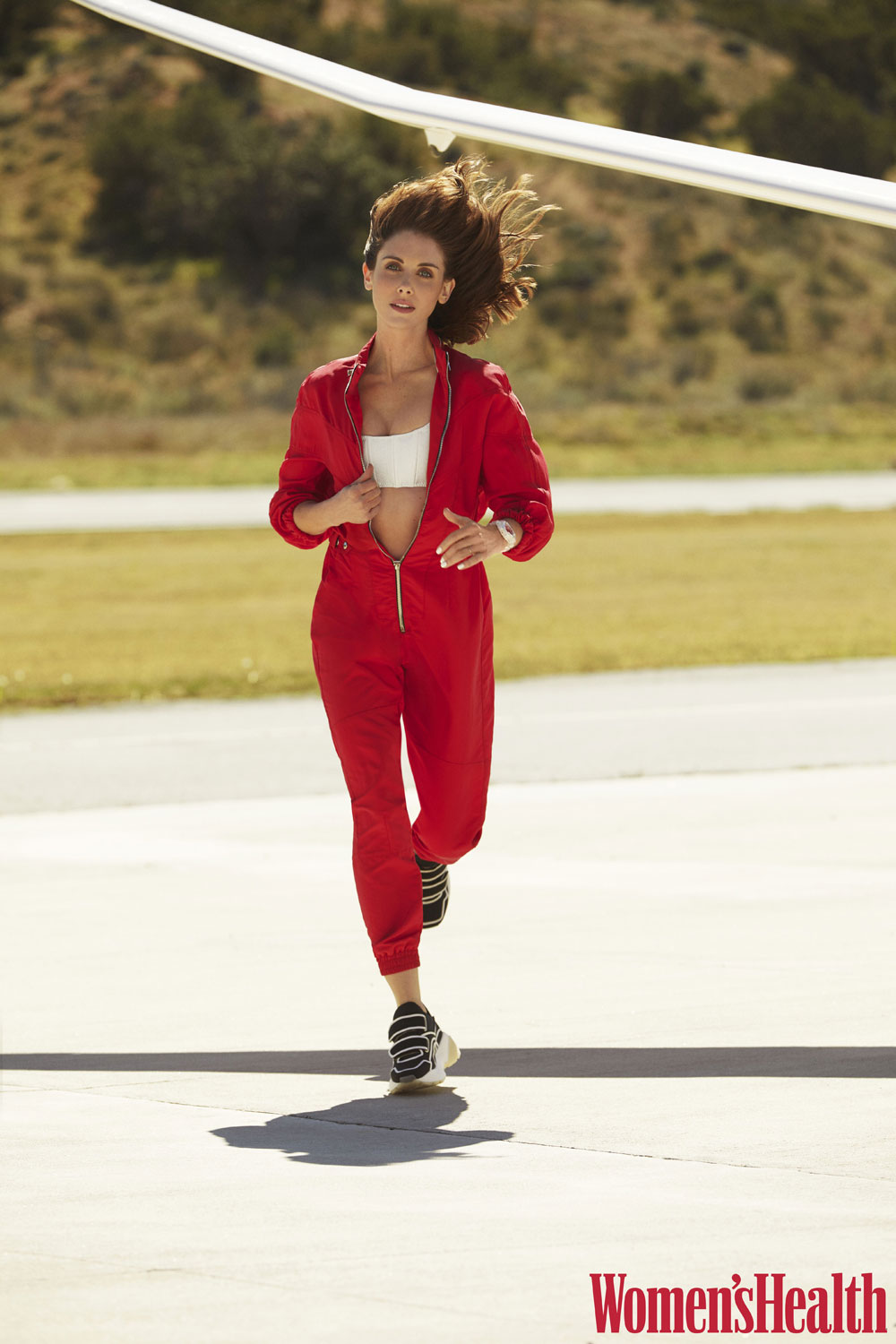 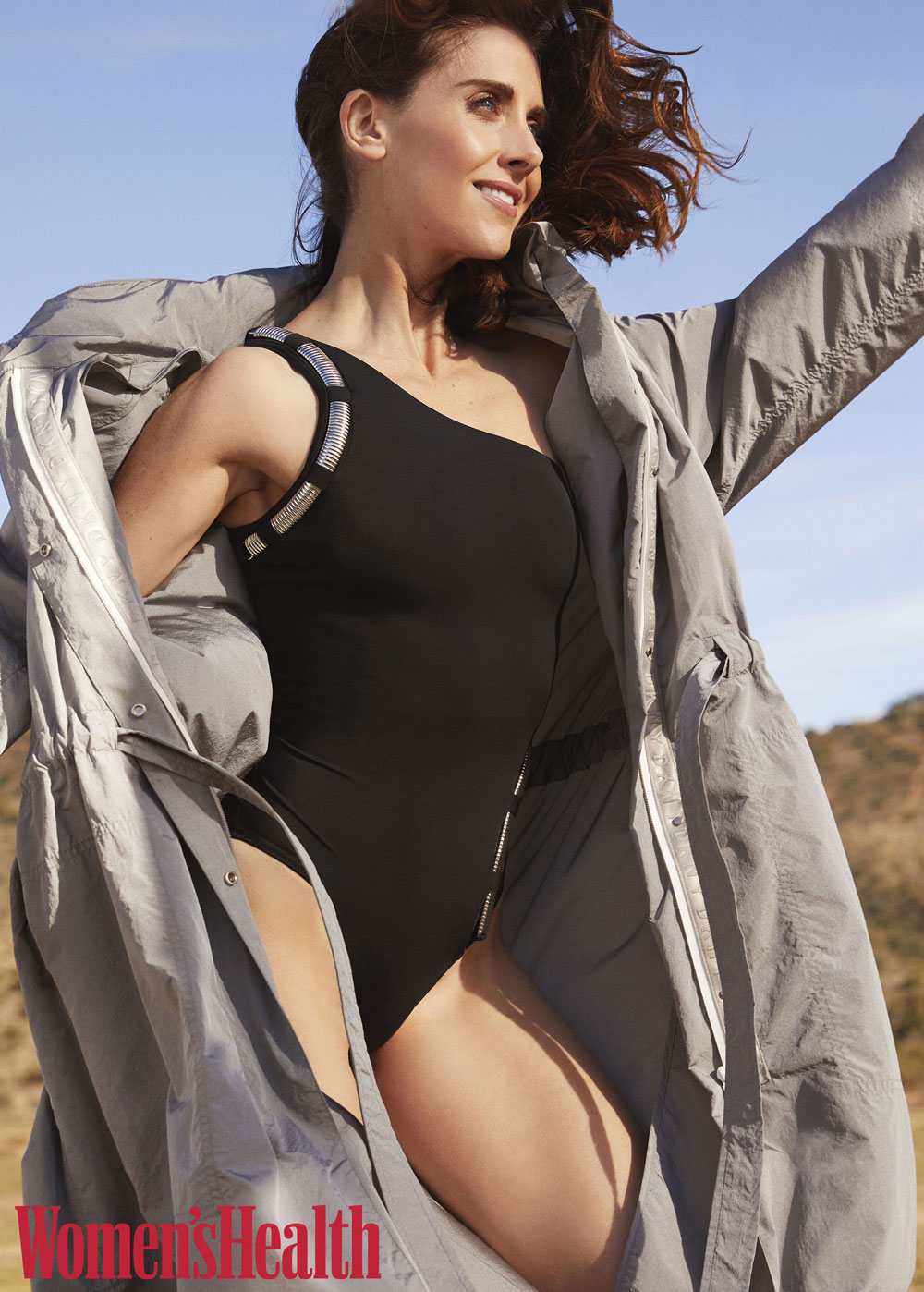 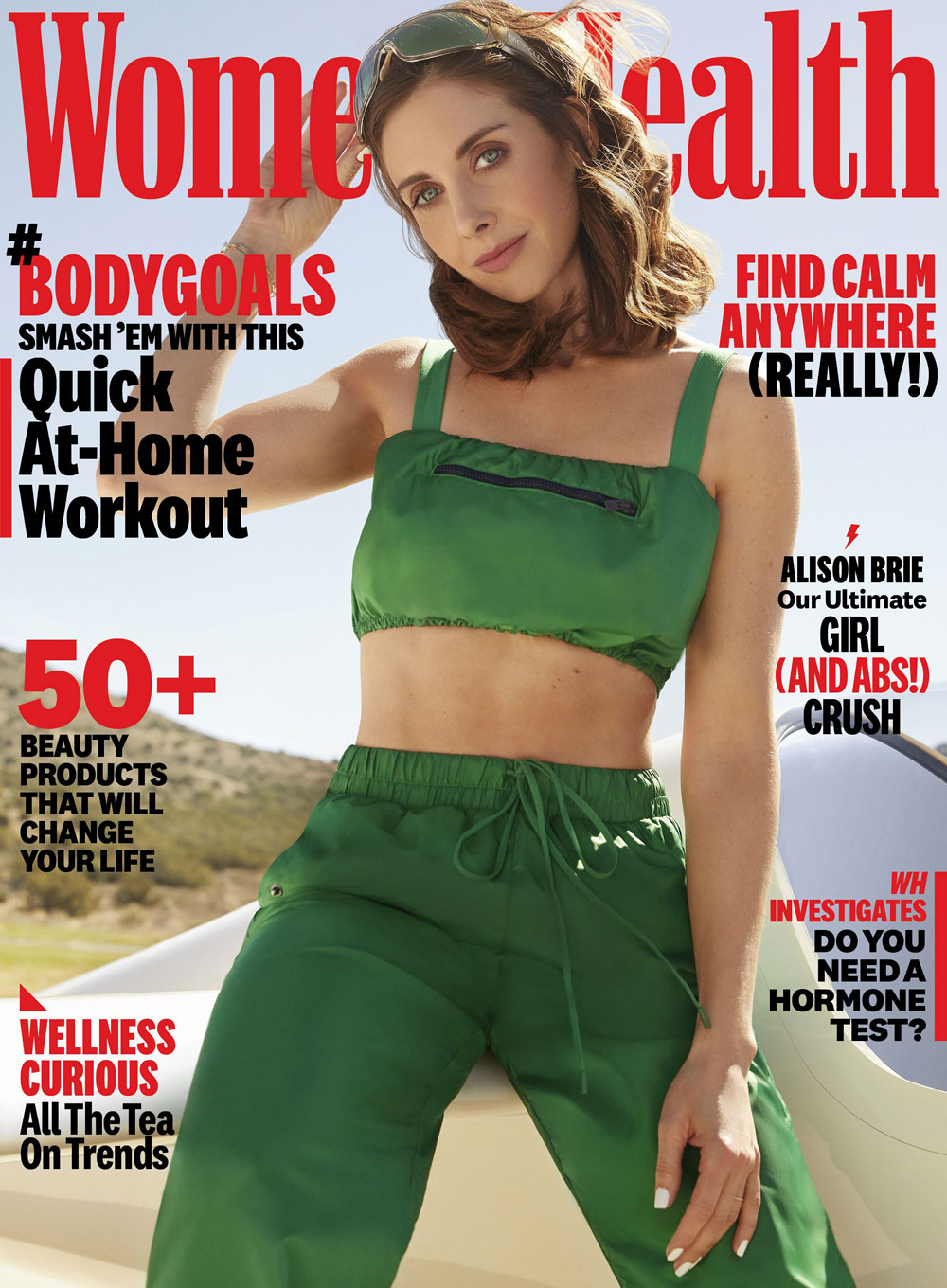 18 Responses to “Alison Brie: Lifting won’t make you bulky ‘You can pack muscle into a lean body’”