Paris Hilton literally tried to like, build her own club with Amazon supplies at home 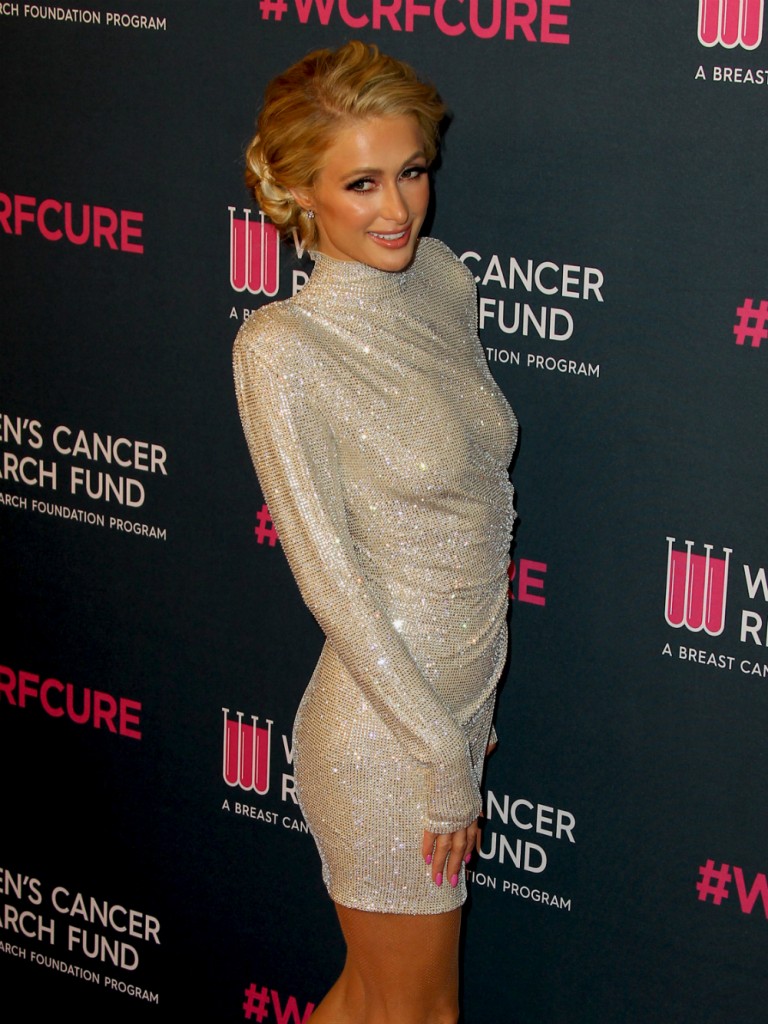 Last weekend, Trillerfest became the world’s largest virtual music festival. Over three days, more than 100 artists performed to benefit those affected by COVID-19 through donations to MusiCares and No Kid Hungry. Among the artists chosen to perform was DJ Paris Hilton, who performed a 45 minute set. The catch, however, was the club came to her living room – excuse me, her Slivingroom* – because quarantine wouldn’t let her go to the club. So, in order to get ready, Paris “literally” built the whole set herself. From what I can suss, building the whole set herself meant unboxing her Amazon haul and arranging figurines on her marble island. Here is Paris ‘building’ her set:

According to Paris in the video, she found her load by searching everything in the categories, “club lights, neon lights, lasers, unicorns, rainbows,” and bought it all. She admits she ordered way too much and clearly has very little idea what she’s looking at half the time. Did anyone else’s pulse start to rise when she randomly tossed items that needed to be assembled to the side without their boxes? She’s going to spent twice as long tracking down directions as she is putting things together.

Some of my favorite lines from her video:

“This is, like, the world? Hopefully it goes on something.”

“I’m so excited to put this all together… wait, what is this?”

“Ooooh, this one’s cool. 3D hologram fan. I love fans, because I always get hot when I DJ. And this one, you can put, like, different logos or whatever you want on it… I hate when there’s all this stuff to put together. Alright, this looked way cooler on Amazon. Oooh, Hennessey! What? That’s kind of cool. I don’t really want Henness – oh. Absolut vodka. Okay, I don’t know why it’s all alcohol. Okay, what are you? I swear to God, this is not a brand post or anything like that. What is this, a plant? Yes… Okay, well, hopefully I can pick my own thing for the fan because I’m not really feeling this so far. I think that’s supposed to be a cactus… exploding?”

“Even more of these lights… I’m over this. Alright, this better be something good.”

The amount of times Paris exclaimed surprise that everything had to be put together was precious. I get that she is probably not a big Amazon shopper or when she is, someone else deals with it for her, but did she think club lights were coming out of a box ready to go live? And I love how many times she said whatever it was “looked so much cooler on Amazon.” Yeah, Paris – I feel you. Although a couple of those things did just need a little tweaking, like the fireworks filament.

And OH MY GAWD – three fog machines??? She would have been smoked out if she’d used any of them, let alone three. She wisely did not use any.

Following the Amazon boxes, Paris moved on to a bunch of little black shopping bags from Duroque, a high-end novelty shop in West Hollywood. The bulk of her “stage” comes from those bags. The theme is, well, let’s leave that open for interpretation. There are glass balloon animals, diamond-encrusted dogs, a pug in a sou’wester, a gold gnome flipping the bird, a giant meerkat and a few porcelain crowns. And two designer fire extinguishers that retail for $195 each. When all is said and done, she probably has five grand in bedazzled tchotchkes on her ‘booth’. Following the porcelain army nightmare, Paris put up more balloons from OC Balloon Bar. They look fine – they’re balloons.

At the 11:51 mark, Paris is adding the last of the Duroque items. At 11:52, Paris is holding a lit rainbow light and placing it on the now assembled DJ table. As far as I can see, she’s used the rainbow lights, a few laser projectors and two of the club swirling lights in the corner. So the majority of the items we saw were likely sent to the garage as punishment for needing assembling.

If you have any interest, you can watch Paris’ actual set here. Her setup looks fine. It’s sparkly and there is a lot to look at so that’s good. But she reiterates that she, “literally put this all together. Made the set, made the lights, did the balloons. Everything.” Aw, sweetie – you placed stuff on a table. I’ll give her benefit of the doubt that she plugged some stuff in, or placed a battery or two, but it’s not like she was out there with a helium tank, blowing stuff up. And she “literally” got rid of anything that needed actual assembling. I’m not bagging on her for not doing everything, there was too much stuff to use, but I am bagging on her for claiming all the credit. Although, in her defense, this probably was the most physical labor she’s ever done. Her set, overall, was… fine, I guess. But her introduction was terrible, absolutely zero energy. Still, it was a good cause, so good for her. Because, bless her, Paris tried to be a part of Dillion Francis’ soap challenge PSA, that asked a series of celebs to pump soap into their hands and ‘pass it on.’ But Paris couldn’t be bothered to actually pump the soap, she just tapped the top instead. At least her, she is “literally” DJing. 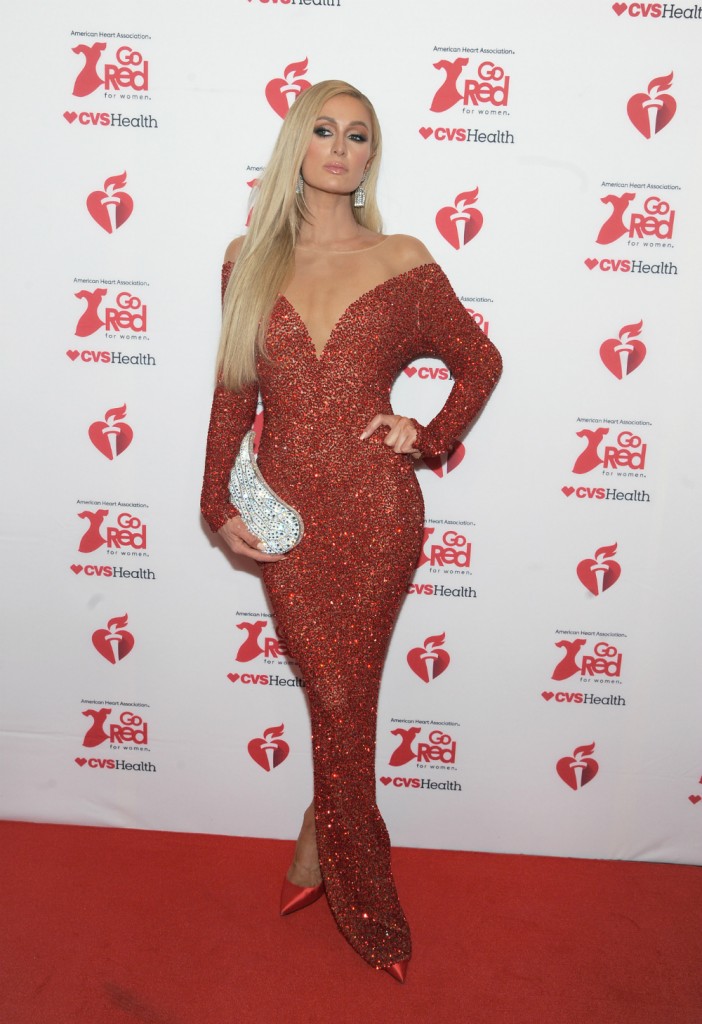 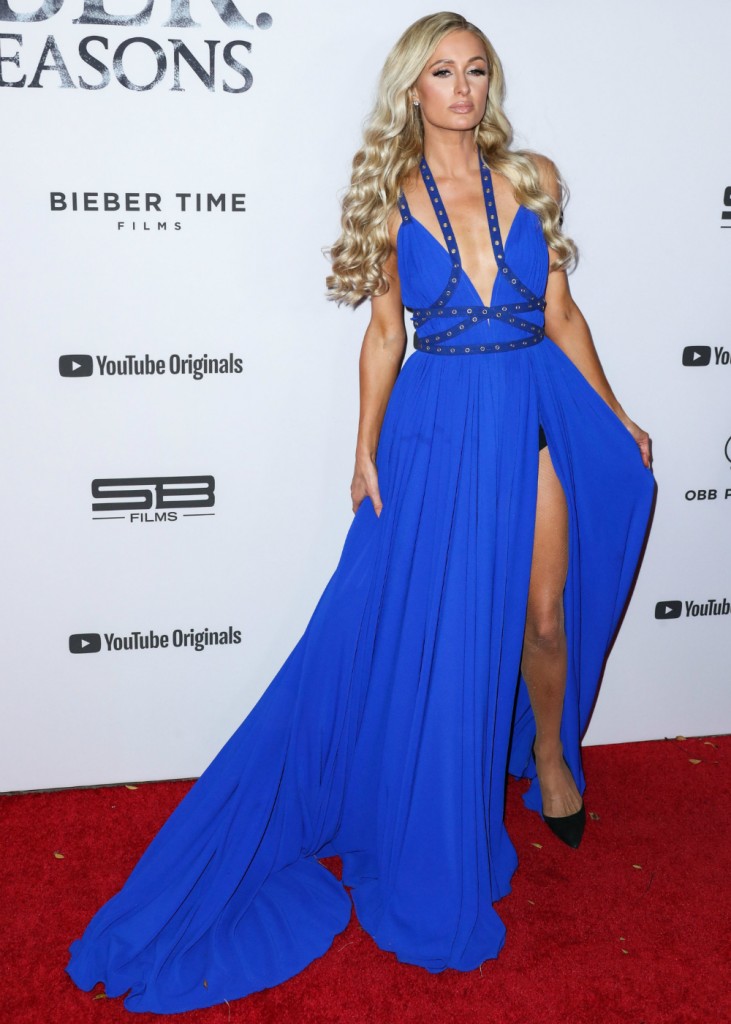 13 Responses to “Paris Hilton literally tried to like, build her own club with Amazon supplies at home”