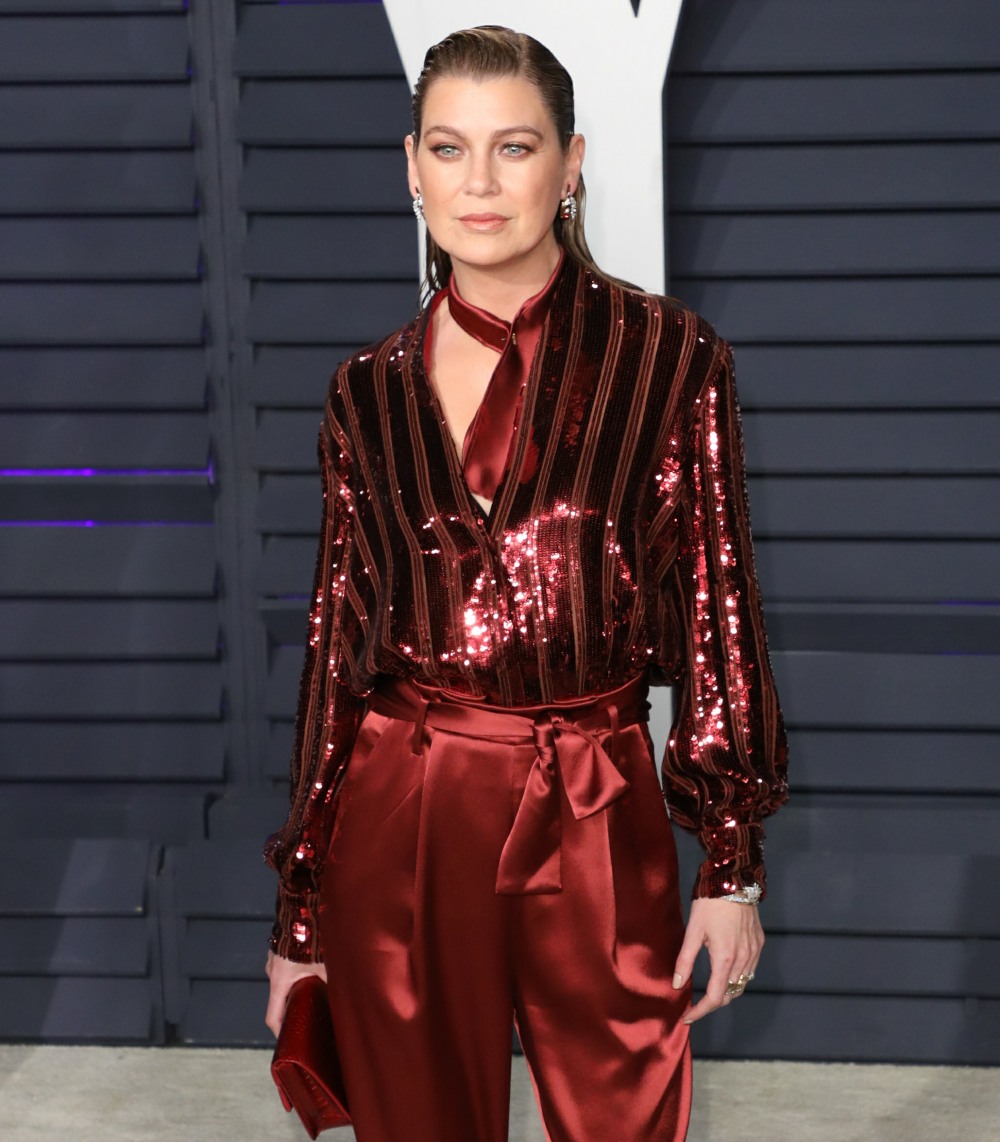 In the fall of 2017, the Harvey Weinstein story broke in a huge way. I remember the lead-up to it, and the rumors that a big exposé was about to drop, and not really believing that it would happen and not really believing that it would make a dent. I was happy to be wrong. Once Ronan Farrow, Jodi Kantor and Megan Twohey dropped their exclusives, everything changed. Weinstein’s victims finally felt like the world would listen to their stories. Survivors around the world felt like they could finally speak about what happened to them. There was a massive cultural shift in the way we spoke about Weinstein specifically, and sexual assault and predators generally. I know I wasn’t perfect in how I discussed these issues before and during the massive cultural shift. But I’d like to think that I handled it better than Ellen Pompeo.

Last week, a July 2018 clip of Pompeo speaking to the Oxford Union panel was rediscovered and it was… bad. Keep in mind, this was a good eight to nine months after the Weinstein revelations and well after the Me Too movement happened and Time’s Up was already a thing.

She couched these comments in both-sideism, that women bear responsibility for being sexy and seductive and not *stopping* men from assaulting them. She says in part:

“I think we bear some responsibility, not all, but it takes two to tango for sure. That’s not to blame the victims, that’s just to say … I did go into a room with Harvey Weinstein, I sat at a table with him, I had a probably two-and-a-half hour conversation with him. He never said anything inappropriate to me, he never made any sort of physical advance to me. I wasn’t in the room alone with him. I had been sent there by an agent in the middle of the daytime. I didn’t think there was anything wrong. I wouldn’t have gone into that room at night. But he did nothing inappropriate toward me. Now had he, I would have picked up that glass and smashed him across the side of the face with it. So I mean, it’s all what we’re willing to tolerate in our self-esteem, and what are we going to put up with, and what are we going to compromise to be liked, to be loved, to be accepted? How bad do we want to be in show business?”

After the clip caught the attention of Twitter users, Pompeo used the platform to apologize and clarify her words. “Hey girls sorry if video clips are upsetting!!” she wrote. “Its out of context & it’s too serious a subject to talk about on a platform like this…people who have been abused or assaulted should seek guidance from a therapist… this is not a healthy place for topics this serious.”

In her tweets, the actress incorrectly claimed that the panel came before the landmark New York Times’ investigation into Weinstein and helped kickstart the #MeToo movement. Pompeo corrected herself about the timeline leading to her comments but said she hadn’t read the coverage at the time.

“Okay so I was just told The Times story was out before this but I didn’t read it … I only was really following the story on the news once the trial began,” she wrote. Pompeo also added that she was “talking about harassment… not assault,” and that she was only sharing her experience with Weinstein, who earlier this year was convicted of rape and other charges, and sentenced to 23 years in prison. “For years before times up women had to put up with harassment and still do on a regular basis …it was just part of the job as it is in a lot or all professions …we couldn’t complain like we can now,” Pompeo said in another tweet. “If we complained we would be out and the man would stay.”

Pompeo — who’s been an outspoken advocate for equal pay and other causes — added that she’s thankful that survivors can “speak up now…&MY way of coping w/ whatever situations I’ve been in is not a comment on how other women handle things… again Thank God we can speak up now but once again assault and harassment are different both bad but different. Not sure of harassment is seen by law enforcement as a crime.”

“Okay so I was just told The Times story was out before this but I didn’t read it … I only was really following the story on the news once the trial began.” The f–k? She didn’t “read” any of the first-hand accounts of rape, assault and harassment which were detailed in outlets like the New York Times, LA Times, Variety, the Hollywood Reporter, Deadline, People Magazine and a million other blogs and media outlets? She’s acting like she just missed one little article in the Times and she’s trying to “who me??” her way out of saying horrible sh-t months after this scandal shook HER INDUSTRY to its core. Ugh. WTF. 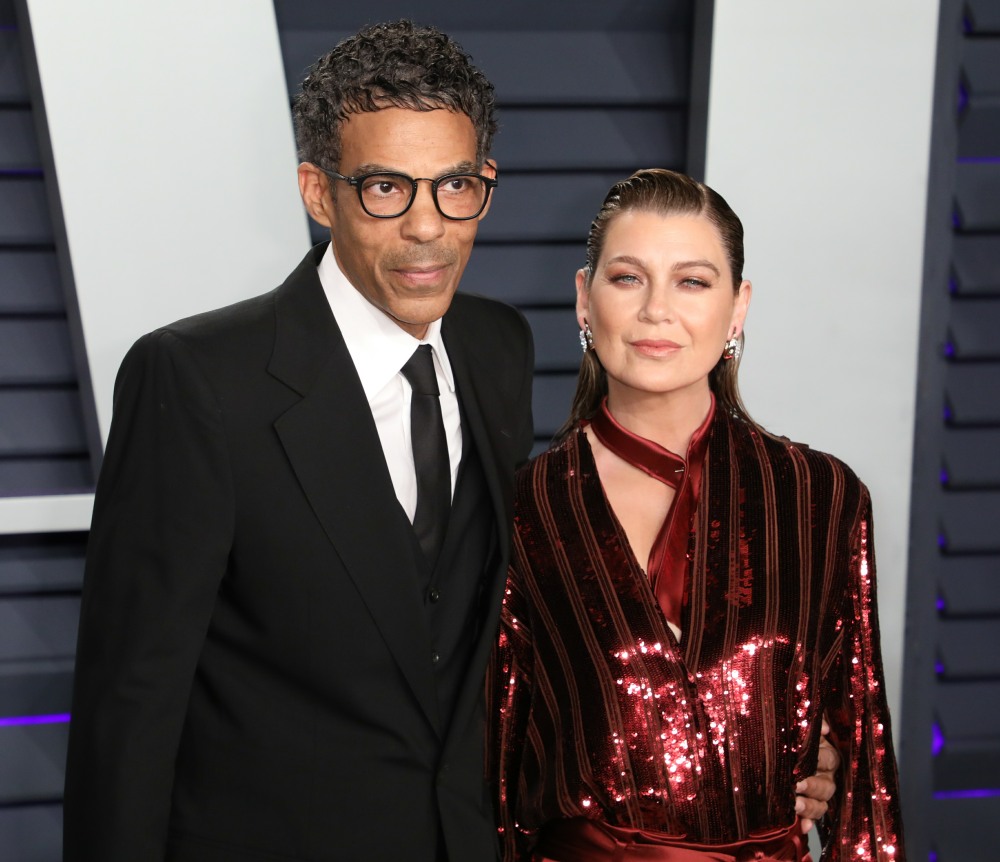