Nicole Kidman: ‘I’m a complete random nonconformist, I have no idea what I’m doing’

Nicole Kidman covers the latest issue of WSJ. Magazine, the May issue. It’s time for my favorite game ever, What Is This Actor Promoting? I looked at Nicole’s IMDB and the most immediate project she’s got coming out this year is HBO’s The Undoing, which was supposed to air in May but got pushed back to the fall. So this was supposed to be on-schedule promo but it got screwed up because of the pandemic. Anyway, Nicole chatted about her youngest kids, Sunday and Faith (who are 11 and 9 respectively, how time flies), and how she can’t shake some of her characters and more. You can read the WSJ piece here (it’s paywalled) and here are some highlights:

She passes on roles to be with her family: “We have a system worked out to keep the family together. When Keith’s not touring, it’s much easier. He’ll be on tour next year, and then I just don’t work as much. Literally — it will become imbalanced, and we will change it… We don’t have the answers, but the one thing we do know is that we will not jeopardize us.”

The advice which has stuck with her about fame versus happiness: “When you get to the top, just remember there’s nothing there. The only thing that really matters is love. No matter what your accomplishments are, it’s incredibly lonely if you’re not surrounded by some form of love.”

She doesn’t have any rhyme or reason for the projects she chooses: “My taste is really out there. There’s no sense. I’m a complete random nonconformist. People are like, ‘What are you doing?’ I’m like, ‘I don’t know what I’m doing.’ I’ll very much go on the record saying I have no idea what I’m doing.”

Some roles linger: “Certain things penetrate psychologically in a really deep way. There is just no getting around that, and I wish there was. I haven’t been taught it. I have tried to learn it; I don’t have the ability. It does take a toll on my health, and it takes a toll on my spirit. I’m always trying to dig in. The unfortunate part of it is that the feelings are intense. … I have an unbelievably understanding husband and children — the little ones who are going like, ‘Why are you looking like that, Mummy?’ [But] their ability to understand artistically is very deep already.”

Sunday and Faith: “They are kind of unusual in that they watch the filming, they are in the films. They have a great work ethic.”

Re: “Certain things penetrate psychologically in a really deep way.” I remember when she promoted Big Little Lies, she talked a lot about how difficult it was to shake that abused character, how she would go home and cry and she just had so much anger. I can completely see that. I think that’s what good actors do, that’s the Method. The Method isn’t just “doing some kind of ridiculous physical transformation and talking about it endlessly to win awards.”

As for “I’m a complete random nonconformist. People are like, ‘What are you doing?’ I’m like, ‘I don’t know what I’m doing.’” That made me laugh. I’d say she is absolutely “random” but a nonconformist? Really? No, she’s not. She just loves to make weird little indie films. 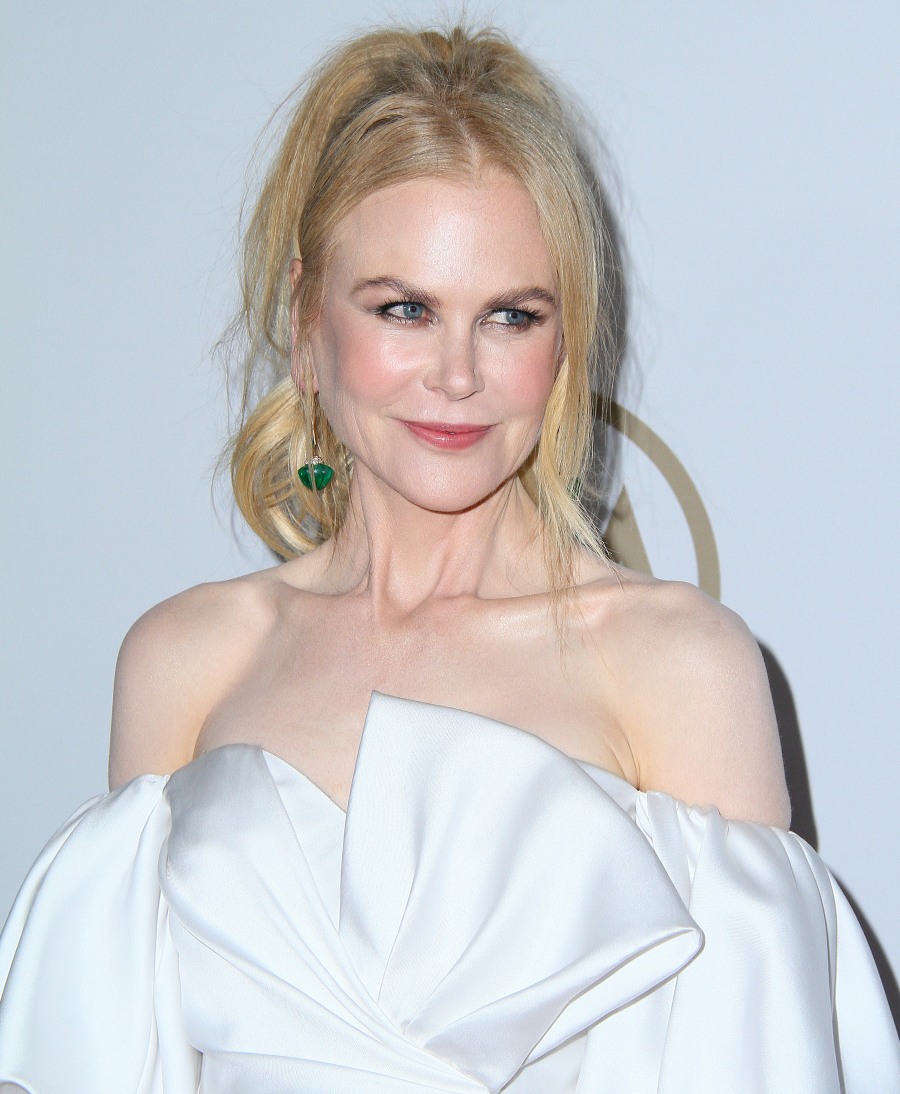 5 Responses to “Nicole Kidman: ‘I’m a complete random nonconformist, I have no idea what I’m doing’”