Wendy Williams on post-pandemic dating: ‘I’m not kissing on the first date’ 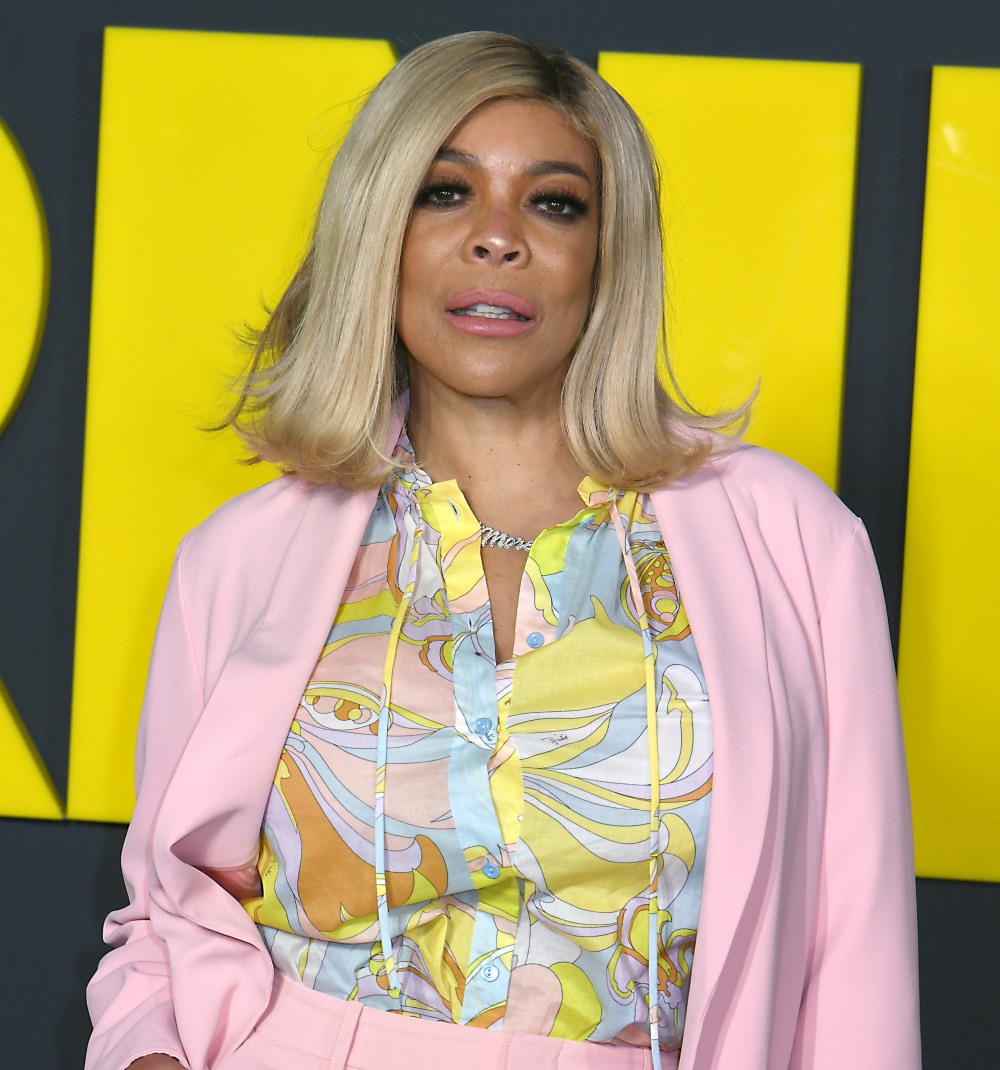 Wendy Williams appeared on Access Hollywood this week and she did a surprisingly nice interview with Mario Lopez, each of them working from home. Wendy now has an apartment in New York following her bonkers-style divorce from Kevin Hunter, her husband of 25 years. Wendy and Mario chat about her new post-divorce life, working from home, not wanting to show too much of their private spaces and a lot of other stuff. I found the part about pandemic and post-pandemic dating to be the most interesting parts. Some quotes:

Post-pandemic dating: “I’m a homebody, so I like being here. I have a beautiful surrounding, it’s just me and my two cats,” she said, adding that she’s been “doing a lot of crafting” and watching TV. “I like my own company and I don’t mind this, but I don’t like being told. I’m very frightened about what’s going to happen once we step out of the house. I think people are going to go back to normal times, and I won’t. I’m not shaking hands anymore. I’m not kissing on the first date. There will be no sex on the first date, like the old days!”

No eating off anyone’s plate: “I’m just saying, I’m a single woman now, so there’s certain things that you won’t be able to do. When I go out to eat, nobody is putting their fork in my plate.”

She’s no heroine: “A lot of the single girls treat me like I’m a superhero with a cape regarding being single. And I’m like, ‘No girls, I’m a mess, just like you.’ I was involved for 25 years and now I’m a 55-year-old woman and my station in life is a lot different than it was 25 years ago. I have more options, more opportunity, and I’m more assured of myself — the woman I am, where I want to go, and who I would like to be with.”

I’m including the video below. I wanted to talk about this because it’s something in the air, something people have been mentioning in other interviews and on Twitter: pandemic dating, pandemic flirting and what dating, romance and sex will look like post-pandemic. I still don’t know – I think it might be a beautiful dream that people become more old-fashioned about dating, that random hook-up culture might die out. I think there are lots of horny people in quarantine who will go out and bang the first person they see when the lockdown is over. But will there be bigger implications? I think the divorce rate will jump, and I believe that there will probably be an urban exodus too, which will affect the dating scenes in many cities. I don’t know. Something to ponder.