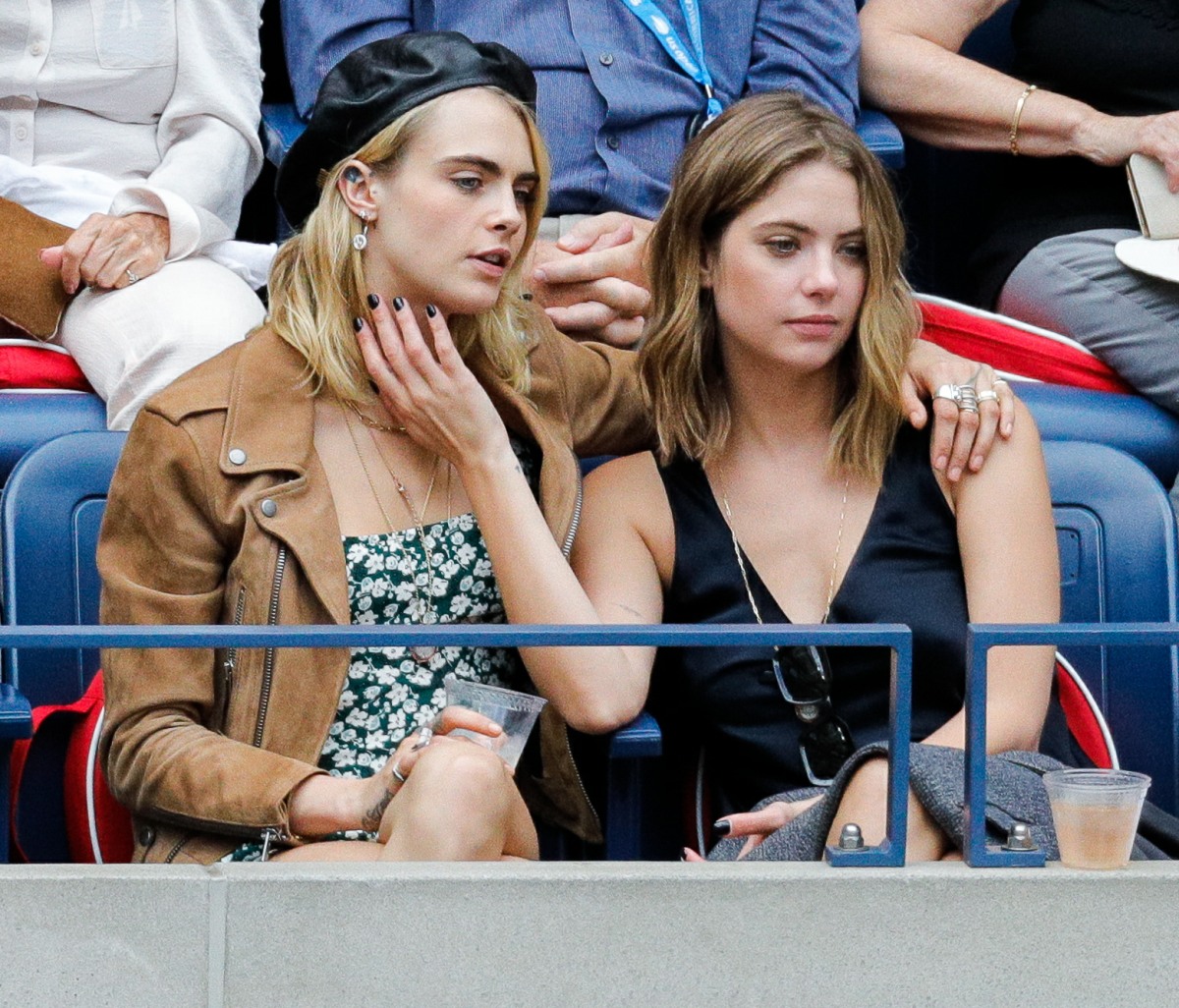 I was going to make a “they said it wouldn’t last and it didn’t” joke, but I honestly don’t remember many people caring enough about Cara Delevingne and Ashley Benson to even suggest that it wouldn’t last. Ashley and Cara began dating in 2018, but they became much more official last year, and they even attended a few events together and started appearing on each other’s social media. I got the feeling that Ashley was more reticent about going public with the relationship, as opposed to Cara who loves to live her life out loud. Well, it didn’t last. Sad.

Cara Delevingne and Ashley Benson are going their separate ways. The supermodel, 27, and the actress, 30, split in early April, multiple sources confirmed to PEOPLE.

One source says that Delevingne and Benson ended their relationship in April, adding that Delevingne has been spending time with friends including Margaret Qualley and her sister Rainey Qualley, as well as Kaia Gerber, while self-quarantining amid the novel coronavirus (COVID-19).

“Cara and Ashley always had their ups and down before but it’s over now,” the source tells PEOPLE. “Their relationship just ran its course.”

Representatives for the former couple have not commented. Delevingne and Benson were first spotted together when they were photographed kissing at London’s Heathrow Airport in August 2018, and have been snapped being affectionate together many times since.

An April breakup? I wonder if this was another corona-split? It doesn’t actually sound like they were quarantined alone, just the two of them, which is probably a bad sign for their relationship too. It sounds like Ashley and Cara were quarantined with Margaret Qualley, Rainey Qualley and Kaia Gerber? The f–k? Two of those young women dated Pete Davidson, one right after the other. And that sounds like a big group of “friends” for a lockdown. God, can you imagine how annoying Cara is in lockdown? Related to that… do you think the large-group lockdown was “the reason” for the split? I do.