Selena Gomez: ‘My intention was never to become a tabloid’ 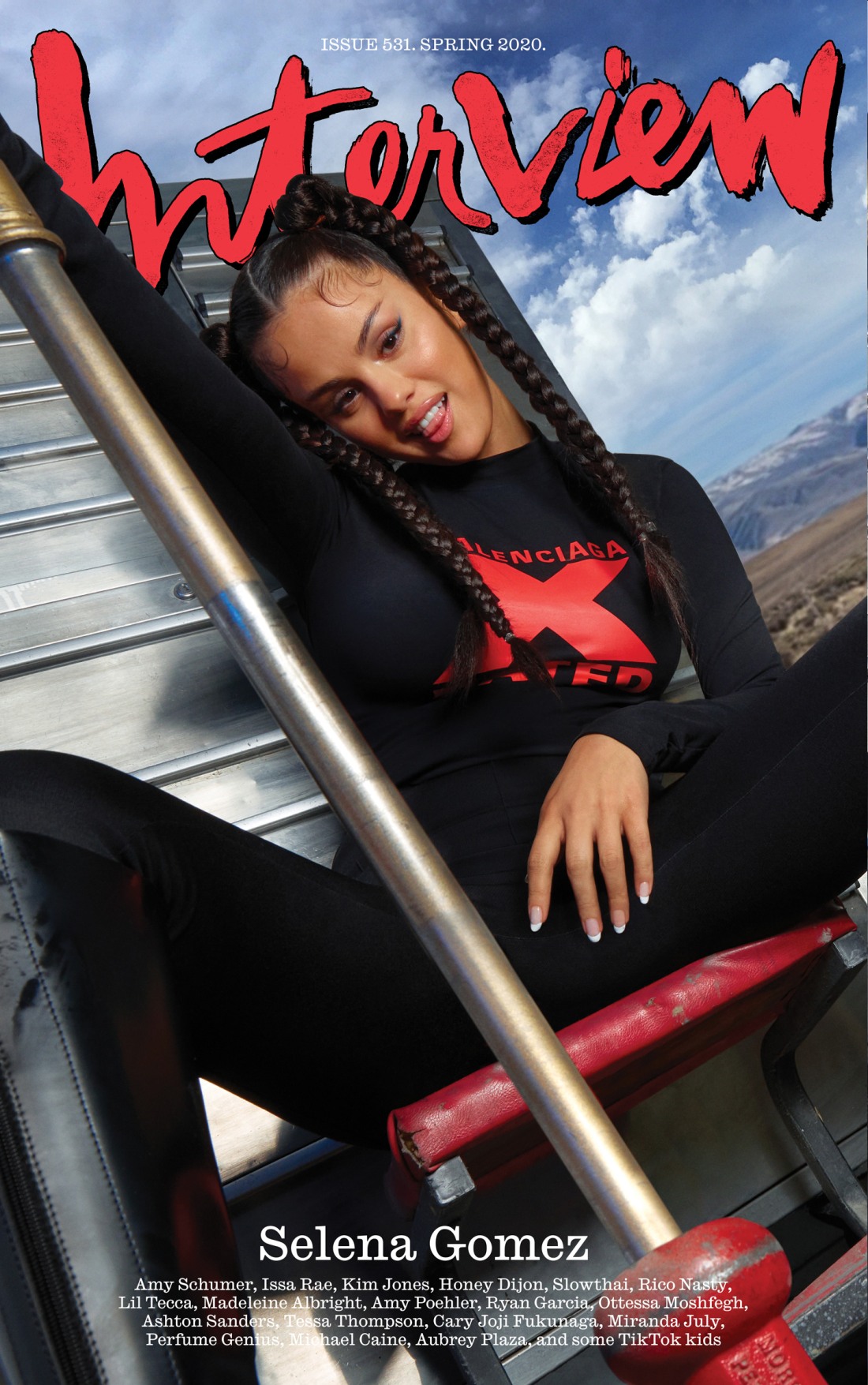 Selena Gomez is still doing promotion for her album – an album full of songs about how she’s over Justin Bieber – and that’s why she covers the latest issue of Interview Magazine. The photoshoot is, in a word, horrid. I think Selena is a pretty young woman who is also sort of dependent on styling. Her natural look is quite pretty, but sometimes magazine stylists want to make her look “goth” or “princessy” or “weird amalgamation of a dozen pop stars” and it never works. This cover is a disaster! Lord. Anyway, Selena was interviewed by Amy Schumer and it’s surprisingly ass-kissy. Amy doesn’t ask Selena any hard questions or press her about anything, so we just have Selena complaining about “the media” for most of the time. Oh, honey. You can read the full thing here. Some highlights:

How she’s always trending news: “The sad part is that I don’t remember a time when that wasn’t the case. What has kept me afloat is that I know eventually it’ll be someone else—and I don’t mean that in a negative way. Sometimes it’s been bad for my career, but other times it’s like, “Now I can talk about things like my depression and anxiety, things that I’ve struggled with and which I’m totally open about, because I believe in seeking help.” But other than that, what keeps me grounded is that I do my best to avoid it. It’s not like I don’t live my life.

Why she shares her personal life & struggles: “My intention was never to become a tabloid. So when things kind of happened that way, it got out of control. And then I was like, “Wait, none of this is true.” The way the media has sometimes tried to explain things has made it sound really bad, when in reality there’s nothing wrong with the fact that I needed to go away or that I fell in love. I had to start opening up because people were taking away my narrative and it was killing me. I’m so young and I’m going to keep changing, and no one has the right to tell me how my life’s going.

The song “Lose You to Love Me”: “I wrote it at the beginning of last year, and had just gotten out of treatment. It was a moment when I came back and I was like, “I’m ready to go into the studio with people I trust and start working on songs.” There was an air around it where people were very happy, because it was like I was going to finally be me. But I didn’t necessarily see it that way at the time. When I wrote the song, I was basically saying that I needed to hit rock-bottom to understand that there was this huge veil over my face.

Whether her fans should worry about her: “No. I’ve gone through some really difficult stuff, and because of those moments, whether I liked it or not, a picture was painted of my life. That was scary because I didn’t want it to affect my career.

Whether she’ll get involved in this year’s election: “No, I don’t plan on doing that for another 30 years. [Laughs] But I’m encouraging as many people as possible to vote. It’s something that me and my friends talk about constantly. I’ll be fully on the ground pressuring people to vote.

I just… I have complicated feelings about Selena at this point, and I have weird feelings about how she pretends to be completely innocent in everything that happened to her, and everything she actively did in her life. To be clear, I don’t think that Selena “deserves” to have bad sh-t happen to her because she was open and public and went through one major toxic relationship with a celebrity. But I also feel like she’s completely abdicating responsibility in what could have been a massively teachable moment, you know? Instead of blaming Justin, blaming the media, blaming her fans for being interested in her life, why not say “you know what, I don’t have to be so publicly confessional and dramatic, actually.” But where’s the fun in that? 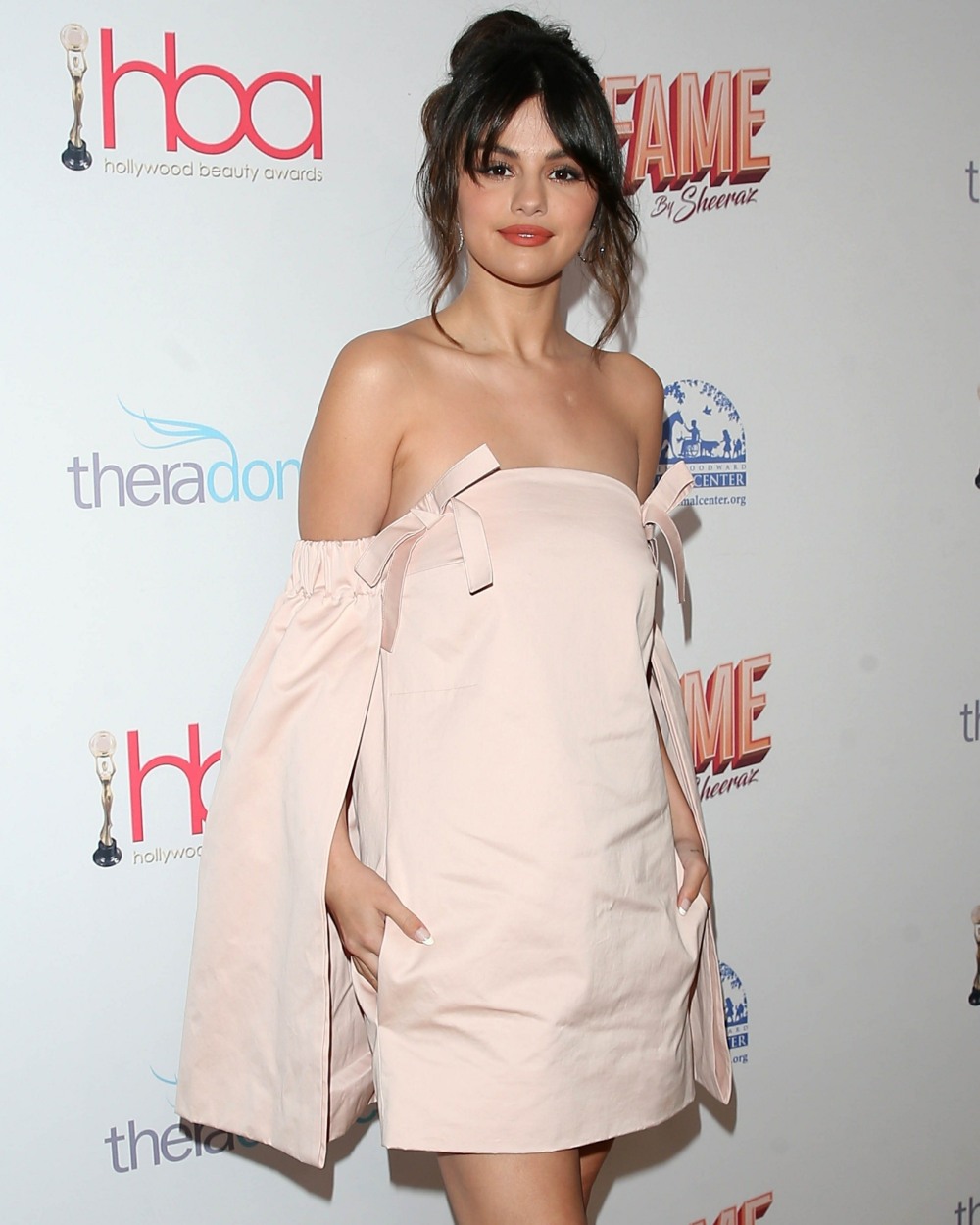 32 Responses to “Selena Gomez: ‘My intention was never to become a tabloid’”