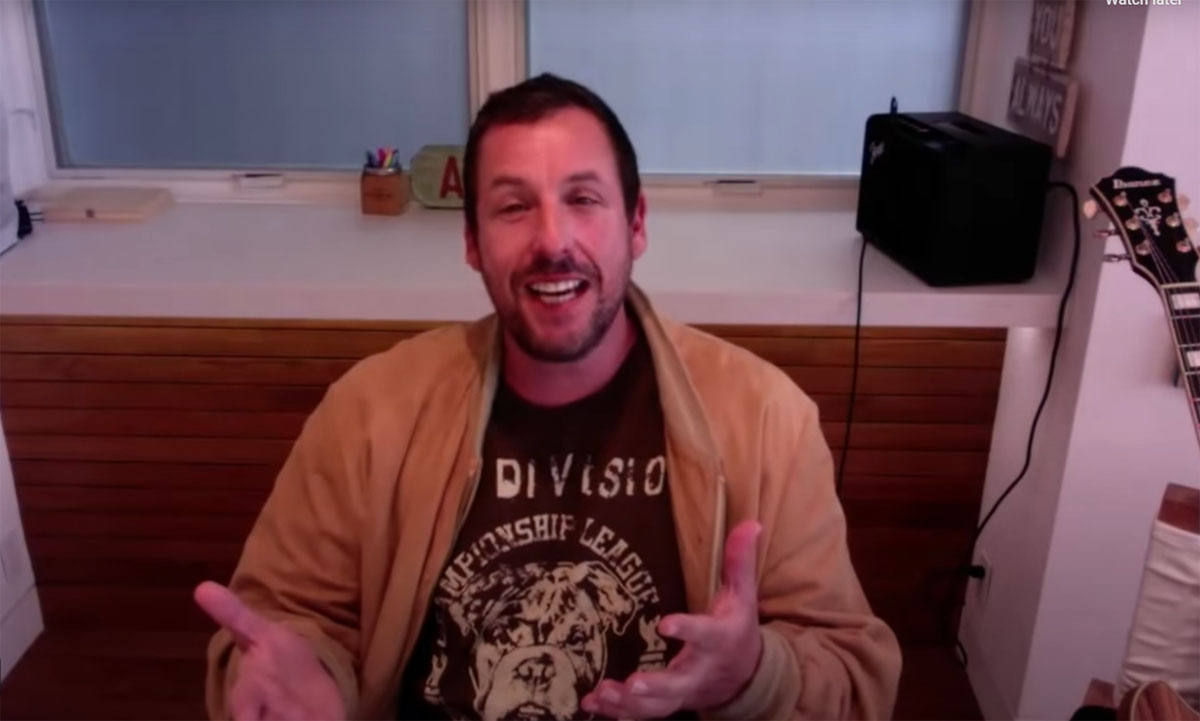 Adam Sandler was a guest on Jimmy Kimmel Live, he’s promoting Uncut Gems, which is coming to Netflix May 25th. I loved that movie, but I’m half convinced that you have to like horror movies to appreciate it. Forgive me if you heard me tell this story last time, but I saw it with my son, my friend and his wife. My friend and I, who both love horror, thought it was awesome but my son and my friend’s wife found it too stressful. It’s more of a thriller than horror, but it’s fast-paced and can be unnerving if you don’t like those type of films. Adam was robbed of an Oscar nom for that role, he was so good in it.

Adam and Jimmy were goofy together, some of these at-home interviews can devolve when they know each other really well, but it was funny. My favorite part was then they started commiserating about how they’re eating a lot and aren’t exercising enough. Also Adam’s daughter Sunny, 11, was there at the beginning of the interview. She’s so cute! Adam and his wife of 17 years, Jackie, also have daughter Sadie, 14. Adam said that Sunny and Sadie have taken over his office to do their homework and that he has to speak quietly on the phone while they’re working. Here’s some of what they said in the interview and you can see it below.

I feel like you’re designed for quarantine because you don’t like to go places, right?
You know that. I like it better [when I get the chance] to say no. I like when my wife says ‘let’s go somewhere’ and I go ‘na, I don’t want to do that.’ I don’t like being told by this pandemic you can’t go anywhere. It’s cool being able to say no.

Somebody posted a video of you doing pushups outside your house while your family looked on
That son-of-a-bitch dude who hides in front of my house, I don’t know where he’s hiding…. I have this app that tells you how many pushups to do and so I [did it because] I knew that if I didn’t do my pushups then I’ll never get it done. So I’m on the street doing pushups. This jerk is filming me and I don’t go all the way down because I ripped my chest muscle. It looks like I don’t know how to do a pushup.

Adam, to Jimmy: Are you working out, are you eating right?
Jimmy: No I’m not doing either of those things. I have not worked out one time since this started and I’m eating like a pig.
Adam: You look good. I have ups and downs. I’m doing that thing now where you can only eat certain hours of the day. I’m doing that move but I eat so much during those six hours.
Jimmy: I’m doing it too, but I’m doing the reverse.

Here’s the video of Adam doing pushups that they mention! Adam said that his wife used to throw him out of the house when he annoyed her. Now that they’re in quarantine it takes so long for her to help him get a mask and gloves that they end up calming down and she lets him stay. That story did not sound exaggerated at all, I can see his wife telling him to step outside.

He also told a complicated story about ordering takeout from a new place. They tried to make him come in to get it even though he forgot his mask at home. That’s why he’s eating too much, he’s ordering takeout all the time! I never understood intermittent fasting because I count calories (I use a kitchen scale and MyFitnessPal). IF does work for some people, but you can still eat more than you need in any given window. I’ve known a few people who have tried it and haven’t lost weight. I was trying to limit my eating from 7am to 7pm, but I stopped doing that during lockdown. Eating too much is one of the few pleasures left, but I go in phases – wild see-saw phases.

Adam did a music video with Pete Davidson for SNL a couple of weeks ago called “Stuck in the House” (he comes in at 1:30 and that’s below). It was so dumb, but it made me laugh a few times. He also did a song for Tina Fey’s NY fundraiser, you can see it here it’s called “Sleep it Away.” Tina’s show ended up raising a whopping $115 million! (Hecate reported on that earlier today.)

Here’s “Stuck in the House” if you haven’t seen it yet: 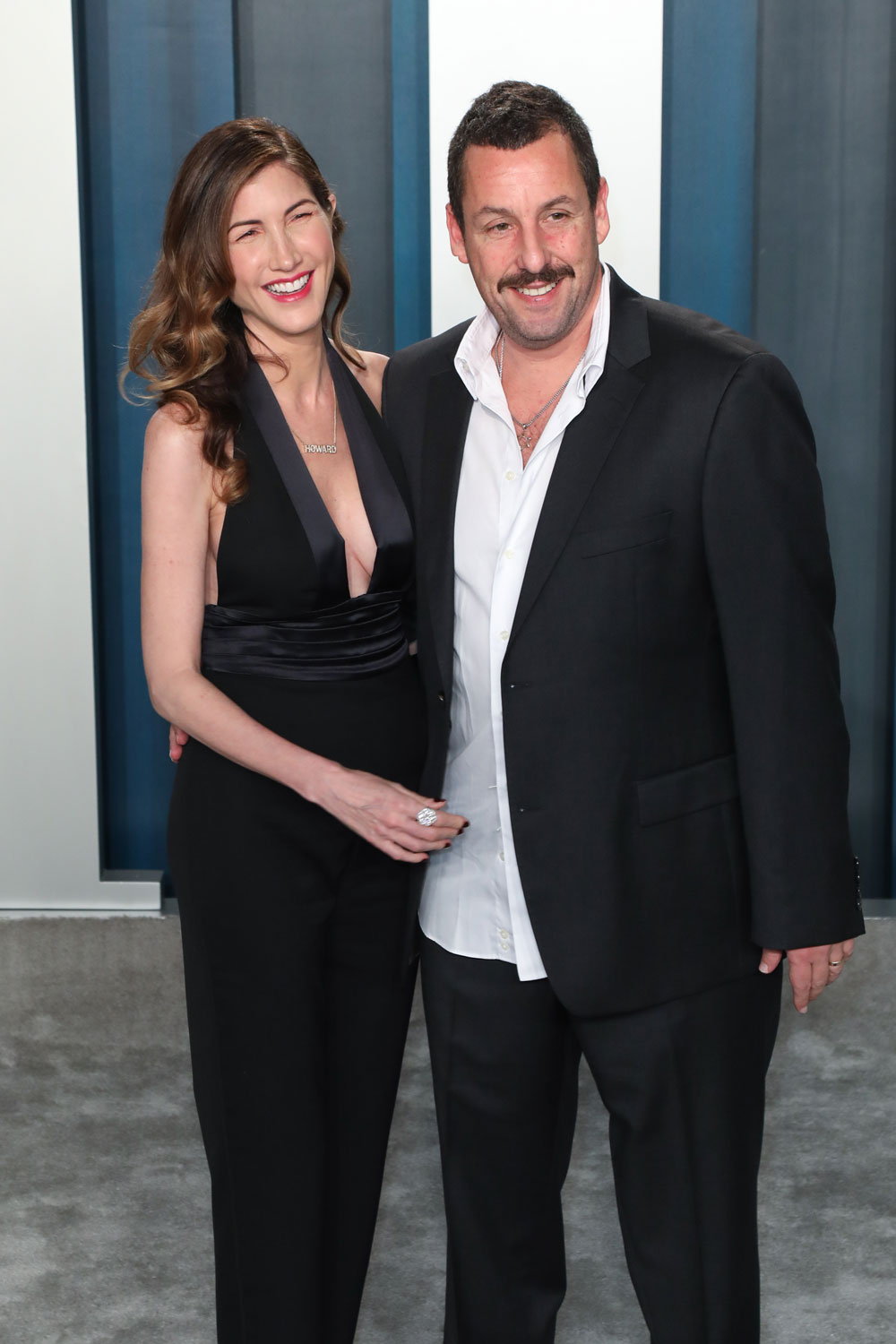