Amanda Stanton, who appeared both on The Bachelor and Bachelor in Paradise, recently got the word that her hairstylist just reopened her salon… in Arizona. California, where Amanda lives, is still mandating that hair salons remain closed, although they just announced they will be opening sooner rather than later. So Amanda, who has two young daughters quarantined with her, jumped in her car and drove several hours, across state lines, for a trim and blow out. Amanda was so pleased with herself, she posted the road trip on her IG page. What she didn’t expect was the backlash – people were pissed.

Uh oh! Amanda Stanton is in some serious trouble from fans after driving across state lines to get her hair done during the coronavirus pandemic. But the Bachelor alum stands by her actions.

“Drove very very far to get my hair done & may have peed on the side of a dirt road because I’m scared to use public restrooms,” she wrote in her now-expired Story. “But it was worth it,” adding that she felt “like a new person.”

After coming under fire from fans for not following California’s state mandate to shelter in place, she took to her Instagram Story on Monday, May 18, to defend her actions.

She started by explaining that she’s been very strict and staying home since March 13, not even taking trips to the grocery store. The Bachelor Nation star also said she’s taken extra precautions and even tested negative for COVID-19.

“I hadn’t had my hair done since January and my hairstylist who I’ve been doing to for years JUST opened her salon. I thought I’d rather when she JUST opened than later when more people had been there.”

Stanton continued to explain that after heading home, she and her daughters were going into quarantine again before seeing anyone else.

“Some might think this is going to great lengths to get my hair done but honestly, I have nothing else to do and isolating for a couple of weeks when I get home was something I was willing to do. To each their own,” she wrote. “I’m confident that I’ve been making responsible choices during this time and am proud of myself!”

Amanda went on to say that she could have lied to us all but she chose to be honest. Honest about what? Nobody was asking, she could have said nothing. She also pointed out that there are a bunch of people hanging out with friends and flying who aren’t getting any hate, which is not the best defense. I’m confused, Amanda said she hasn’t gone anywhere during lockdown, not even the grocery store, but then she said she and her daughters would quarantine before seeing anyone else? So which is it, is she seeing people or staying in their home 24/7? And of all the things to break quarantine for, she chose a haircut? Plus, Amanda is okay isolating after the road trip because she has, “nothing else to do,” but what about her daughters? Maybe they’d prefer a walk in the sunshine rather than sitting on the couch because momma needed her locks re-waved?

I’m just not as bothered by my appearance, I guess. Don’t get me wrong, I look a fright. My hair, which is mostly de-blued now, looks like I threw a floor mop on my head.I’ve broken three clips trying to make it look like a fancy messy updo. My nails are tragic, and I can’t pick up anything without tape but, you know – I’m healthy. My family has turned it into a game, all of us making a pledge not to cut any part of our hair until the salons/barbers open. My son’s curls are so fluffy, he looks like a ginger Jacobim Mugatu from Zoolander. But, I’m not a member of the Bachelor Nation and I don’t rely on a constant stream of selfies to plug my social media, so I suppose I’m not qualified to speak on the subject. But I do have children, like Amanda, and I don’t see any reason to set the kind of example that says my appearance is more important than the rules put in place to keep everyone safe. 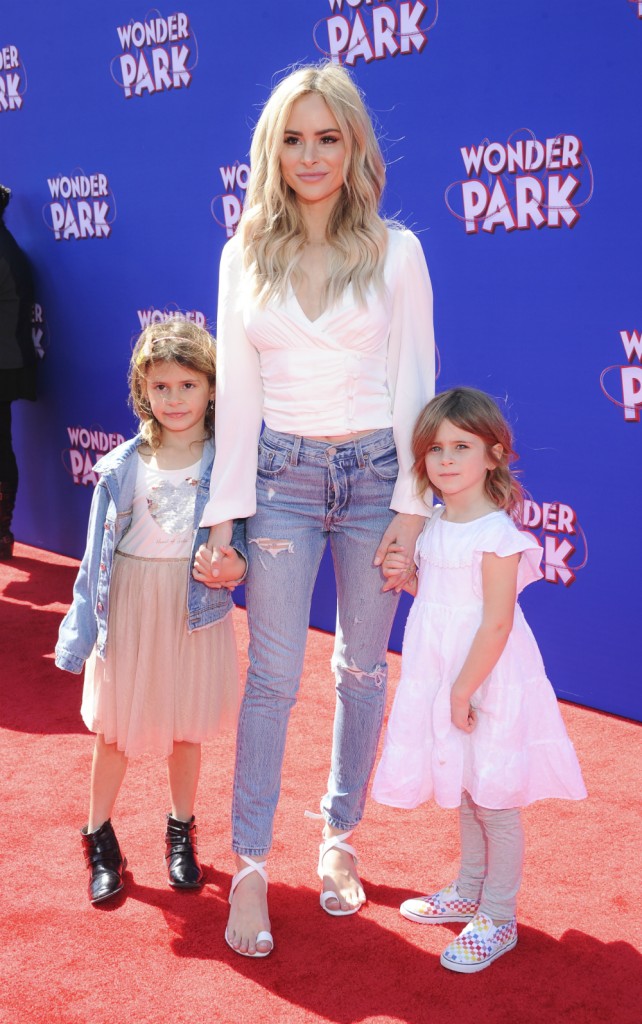