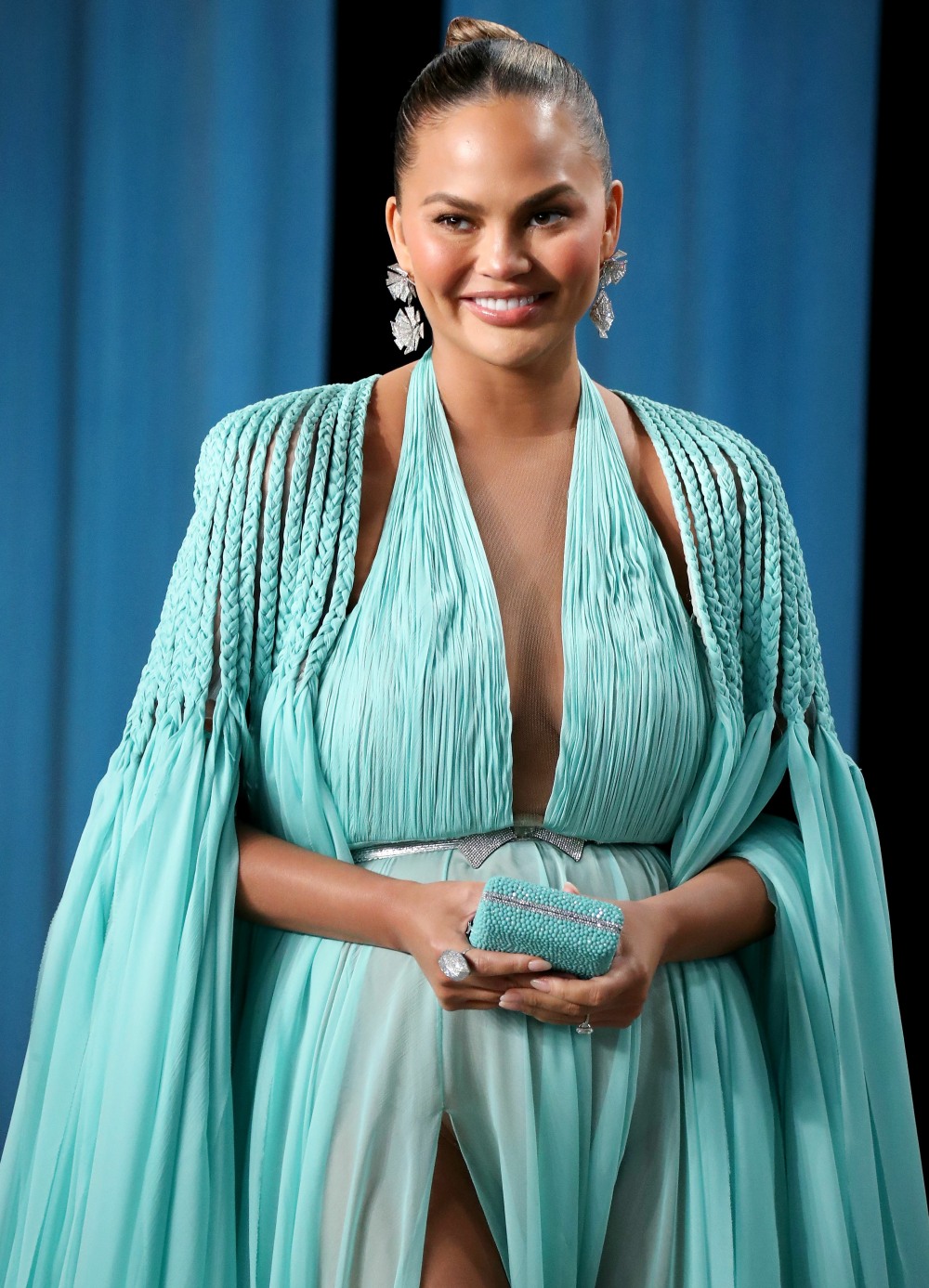 We learned this week that Alison Roman had been suspended temporarily from her New York Times column, which appeared biweekly in the Food section. Roman really has no one to blame but herself for that – she decided, seemingly out of nowhere, to do some kind of racist hipster gatekeeping on two women of color in an interview. While Marie Kondo didn’t say anything, Chrissy Teigen dove headfirst into the controversy, and we spent days covering the back and forth between Roman and Teigen. Roman eventually released an authentic-sounding apology, but only after she screwed up three other public apologies. It was the kind of melodrama Chrissy Teigen lives for, and as she was playing up her hurt feelings, people chimed in to remind Chrissy of all of the terrible sh-t she’s said and never apologized for. Anyway, now Chrissy is inserting herself into Roman’s NYT suspension, because of course she is!

Chrissy Teigen is speaking out after news surfaced that Alison Roman’s New York Times food column has been placed on a hiatus weeks after she sparked drama with the Cravings author. After an interview with The New Consumer earlier this month, Roman got into hot water when she criticized Teigen’s cooking website for being what she perceived as a “content farm” and claimed that Marie Kondo, 35, had “sold out.”

Now, Roman’s biweekly food column is “on temporary leave,” a New York Times spokesperson told The Daily Beast on Tuesday. However, the outlet did not cite specific reasons for their decision to pause her work. Times insiders told The Daily Beast that Roman had a piece scheduled to run during her controversy with Teigen but it was ultimately not published.

Following news of Roman’s leave, Teigen has responded to several comments on social media about her current standing with Roman and her thoughts on her temporary hiatus. Teigen responded to a post praising Roman’s shallot pasta recipe, to which Teigen agreed is “a very good recipe!!”

Asked if her approval of Roman’s food meant “the beef [was] squashed,” Teigen admitted that she was not pleased to hear the news about Roman’s column. “I hope we can laugh about it one day but I’m not happy with the NYT leave so she def can’t laugh about it yet. It just sucks in every way,” she wrote Thursday.

Teigen also responded to a tweet from New York Times opinion writer and editor Bari Weiss, who wrote that all Roman had to do to be “cancelled” was to “criticize a celebrity.”

“I don’t like this one bit,” Teigen replied. “I’m doing what I can (off Twitter) to make that known.”

Teigen shared similar sentiments on Wednesday, responding to one user that she “very publicly forgave [Roman] and am getting very much blamed for her leave.”

First of all, Bari Weiss is the exact kind of Alison Roman-but-political wannabe who would kill for the kind of controversy Chrissy and Alison had last week. Of course Bari Weiss thinks that Roman’s biggest offense is that she criticized a celebrity. Not the racist subtext or the gatekeeping or all of the stolen and anglicized “ethnic” recipes. As for Teigen… of course she’s found a way to continue to center herself at the heart of the story. Don’t you know that she’s “very much blamed” for Roman’s suspension?? It must be true, because it was on the internet and that’s where Chrissy lives. Yeah. Again, separate the Teigen and Roman stories – Roman got herself suspended through her own actions and words. Much like Teigen hurts her own brand by continuing to endlessly talk sh-t and center herself in every narrative. 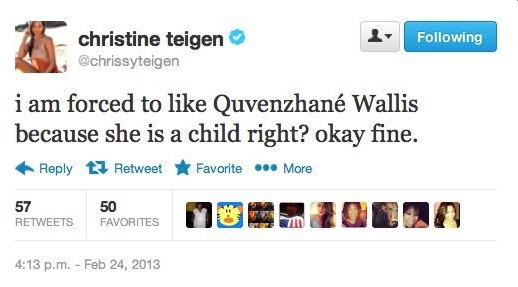 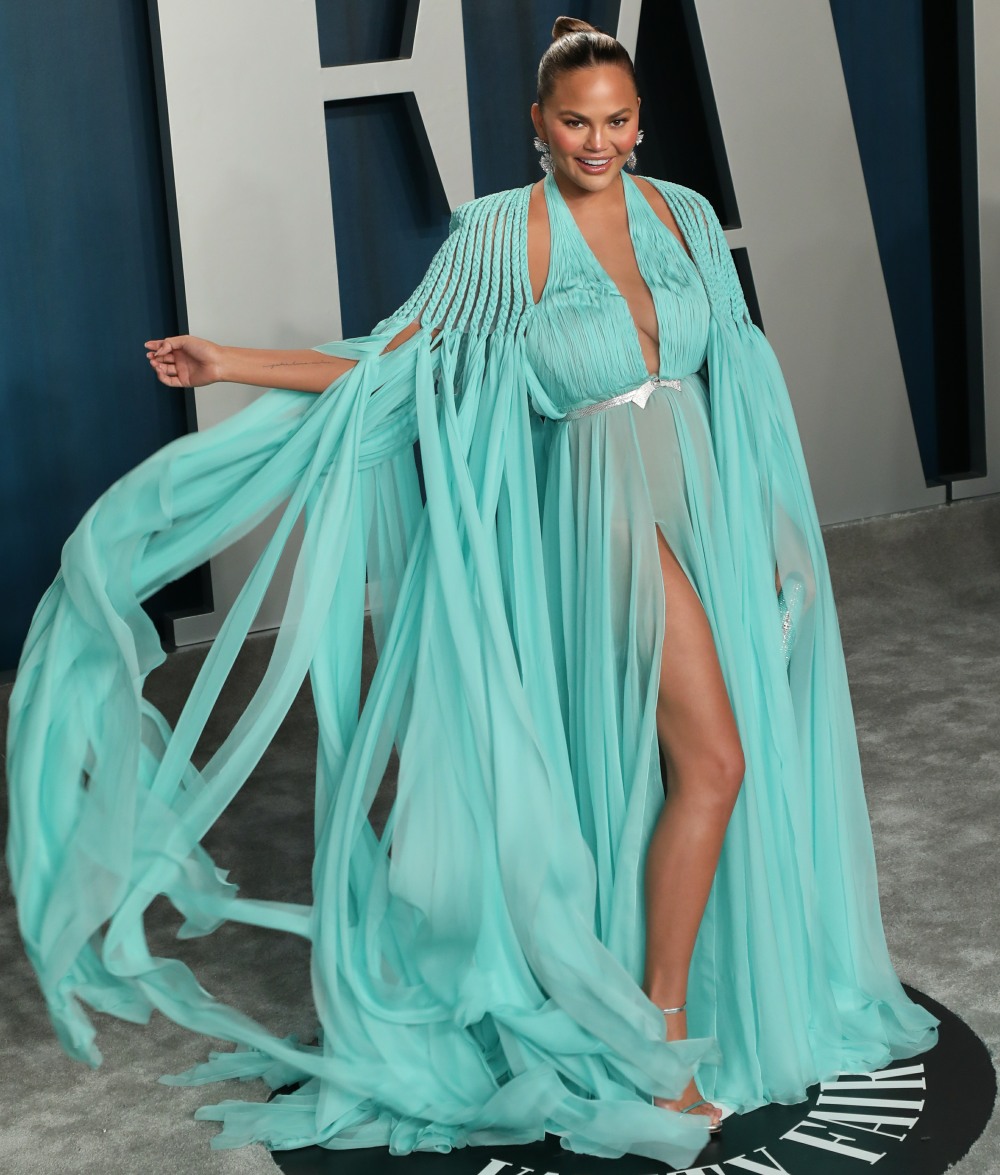