Chrissy Teigen is back on Twitter, responding to Alison Roman’s apology 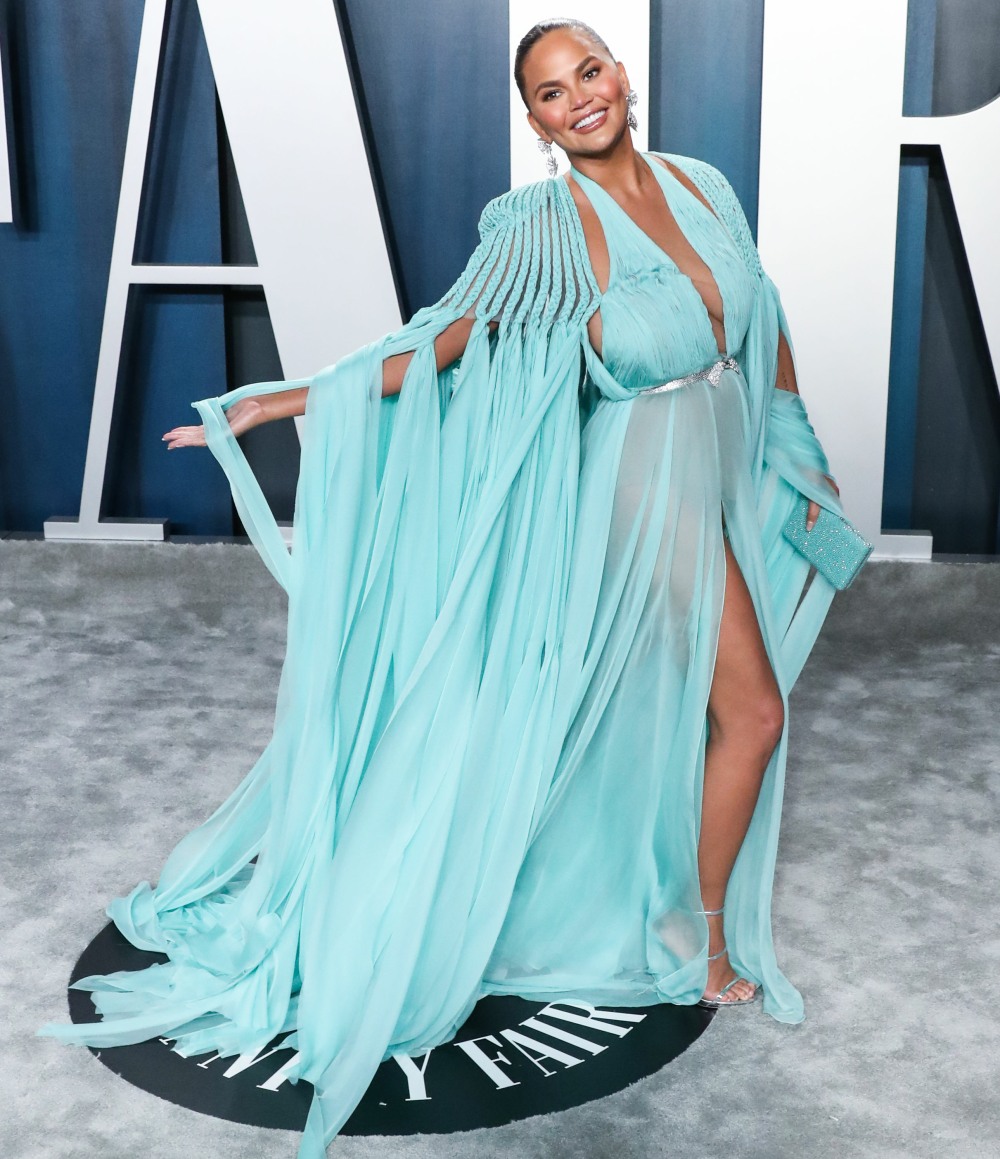 This ^ is how I imagine Chrissy Teigen swanning back onto Twitter after 72 hours of shenanigans which left her deleting offensive old tweets about black children and temporarily making her Twitter account private after she was called out on her bullsh-t. There will always be people who like Teigen no matter what, and I get that. But I never have. I also don’t think it’s a good sign that her moment of self-reflection was so brief, nor do I think it’s a good sign that her Trump-like itchy Twitter fingers couldn’t wait to go back online.

To recap, chef Alison Roman did some white-lady hipster gatekeeping and called Chrissy a sellout. Chrissy then released a statement, only to be called out by other Twitter peeps about all of the times she’s bullied people and talked sh-t about children and teenagers. Chrissy made her Twitter private… for about 24 hours. She’s already back. She released a new statement about the Alison Roman situation and what she (Chrissy) has learned from this ordeal. She did that in response to a statement made by Roman, below:

I’ve thought a lot this weekend about my interview and the things I said. I know this is a lengthy note (succinctness has never been my strong suit). I appreciate you taking the time to read. pic.twitter.com/3iGAyN3c9d

I appreciate the late soul-searching from Roman, as well as her acknowledgement of her privilege. Here’s Chrissy’s response:

thank u for this, @alisoneroman. To be clear, it never once crossed my mind for u to apologize for what you genuinely thought! The comments stung, but they moreso stung because they came from u! It wasn’t my usual news break of some random person hating everything about me!

I don’t agree with the pile-on, ppl waiting with bated breath for apologies, deciding if that apology is good, the ppl who say u were right & never needed to in the first place – there are so many different types in this kind of situation & tbh, I just want it to be over

I think we are alike in so many ways. I remember the exact time I realized I wasn’t allowed to say whatever popped in my head-that I couldn’t just say things in the way that so many of my friends were saying. Before, I never really knew where I stood in the industry, in the world. Eventually, I realized that once the relatable “snarky girl who didn’t care” became a pretty successful cookbook author and had more power in the industry, I couldn’t just say whatever the f–k I wanted. The more we grow, the more we get those wakeup calls.

Oh! but how I still think some of those things. I just maybe don’t unleash on my peers on super public platforms lol. I often comment about how I wish I could get away with what I used to, now, but the truth is, I don’t. I’ve learned a f–kton from my years being watched (& read) and I can really say it makes you a better person! It makes u think about the impact of what u say/who it might hurt.

I still think you are incredibly talented. And in an industry that doesn’t really lend itself to supporting more than a handful of people at a time, I feel like all we have are each other! And honestly, for the past few days, every time I saw a shallot I wanted to cry, but I do appreciate this and hopefully we can all be better and learn from the dumb sh-t we have all said and done. 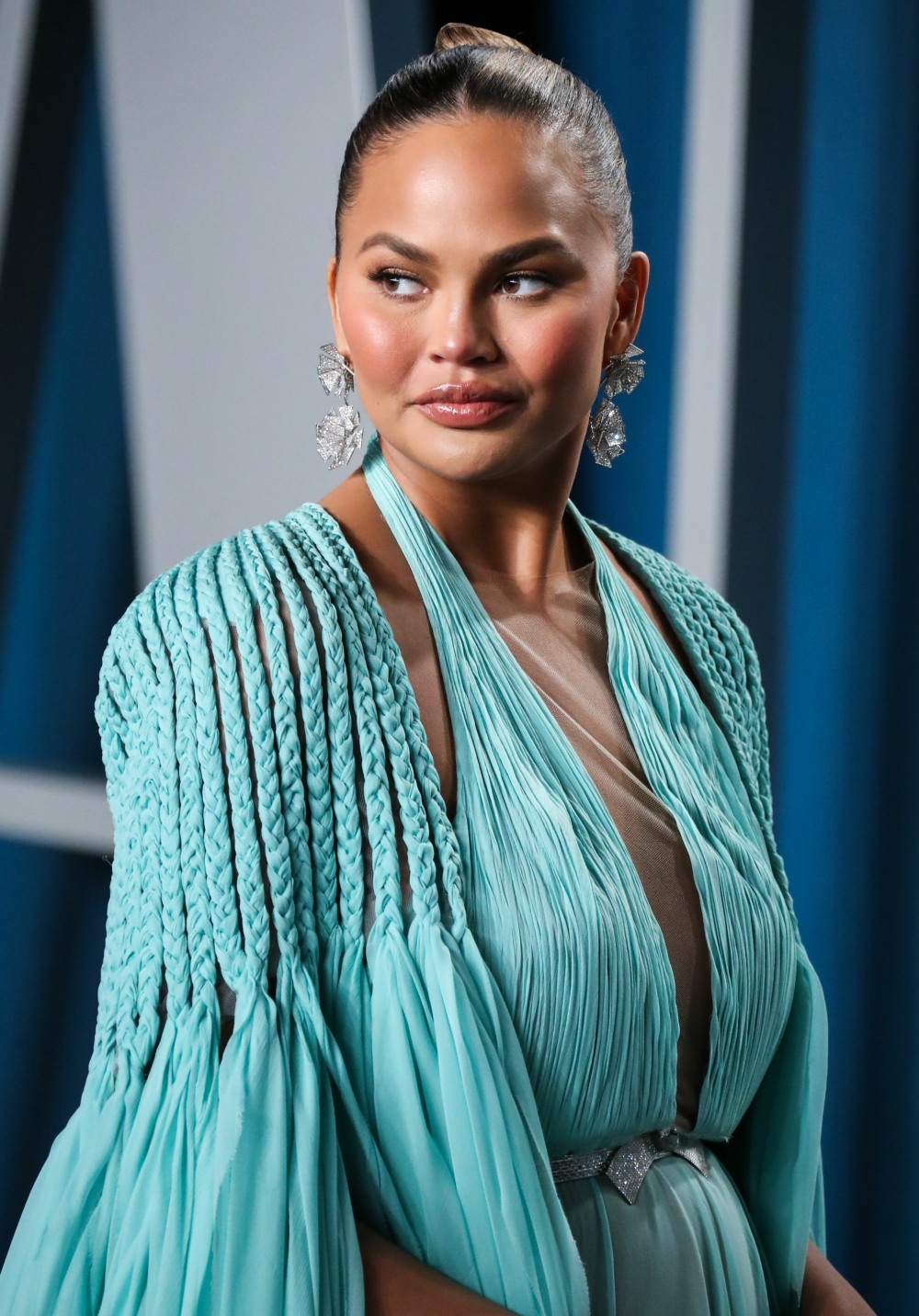 64 Responses to “Chrissy Teigen is back on Twitter, responding to Alison Roman’s apology”