Robert Pattinson refuses to exercise for Batman: ‘No one was doing this in the ’70s’

Robert Pattinson was already in production on The Batman when the pandemic came and shut down everything. I still don’t know how much Robert prepared physically for the role, because this version of Batman isn’t supposed to be some beefed up martial arts expert. He’s supposed to be more like a brainy detective. A Bat-nerd if you will. So with that in mind, Rob chatted about his lack of physical transformation for The Batman in a new GQ interview – the interview was part of his promotion for Christopher Nolan’s Tenet, which is still scheduled for a summer release. You can read the GQ cover story here. Some highlights:

Losing time in quarantine: “I almost immediately totally lost all sense of time. It’s a complaint which a lot of people have about me. This total… I don’t have a sense of time. I think something two years ago could actually be a week ago. It’s definitely been a complaint about my personality.”

He’s not staying fit for Batman: The film studio hired a trainer who left Pattinson with a Bosu ball, a single weight, and a sincere plea to use both, but right now, he says, he’s ignoring her. “I think if you’re working out all the time, you’re part of the problem,” he says, sighing. By “you” he means other actors. “You set a precedent. No one was doing this in the ’70s. Even James Dean—he wasn’t exactly ripped.” He says that back when he was the star of the Twilight franchise, “the one time they told me to take my shirt off, I think they told me to put it back on again.” But Batman is Batman. Pattinson called another actor on the film, Zoë Kravitz, the other day, and she said she was exercising five days a week during their exile from set. Pattinson, well: “Literally, I’m just barely doing anything,” he says, sighing again.

He’s used to being isolated: “I spend so much time by myself, ’cause you’re just kind of always forced to, that I can’t really remember what it was like not really having that kind of lifestyle… I just realize, everyone is so, so vulnerable to isolation. It’s quite shocking.”

He did go for a run: “I went for a run around the park today. I’m so terrified of being, like, arrested. You’re allowed to run around here. But the terror I feel from it is quite extreme.”

He eats gross things: “I’m essentially on a meal plan for Batman. Thank God. I don’t know what I’d be doing other than that. But I mean, yeah, other than—I can survive. I’ll have oatmeal with, like, vanilla protein powder on it. And I will barely even mix it up. It’s extraordinarily easy. Like, I eat out of cans and stuff. I’ll literally put Tabasco inside a tuna can and just eat it out of the can. I… It is weird, but my preferences are…just sort of eat like a wild animal. Like, out of a trash can.

He just talks sh-t constantly: “My, um, my publicist always calls me up after an interview, and she’s like, “Is there anything, like, is there any kind of fires you set now? What do I have to fix for you now?” And I’m like, “I don’t even remember anything I said.”

I actually love Robert Pattinson and I love covering his interviews. Once you get into the rhythm of his thought process, he’s quite funny, self-aware and extremely charming. I’ve always wanted to mother him a little bit – cook for him, remind him to get some sleep and tell him he shouldn’t eat tuna out of the can. Oh, and the thing about “You set a precedent. No one was doing this in the ’70s” is amazing to me. HE IS BATMAN. There are so many expectations for the dude playing Batman, that Batman has to be buff and has to know how to kick ass. And Rob is like “nah, bitch” and “I’m gonna play Batman as a pale, flabby dude, how about that.” 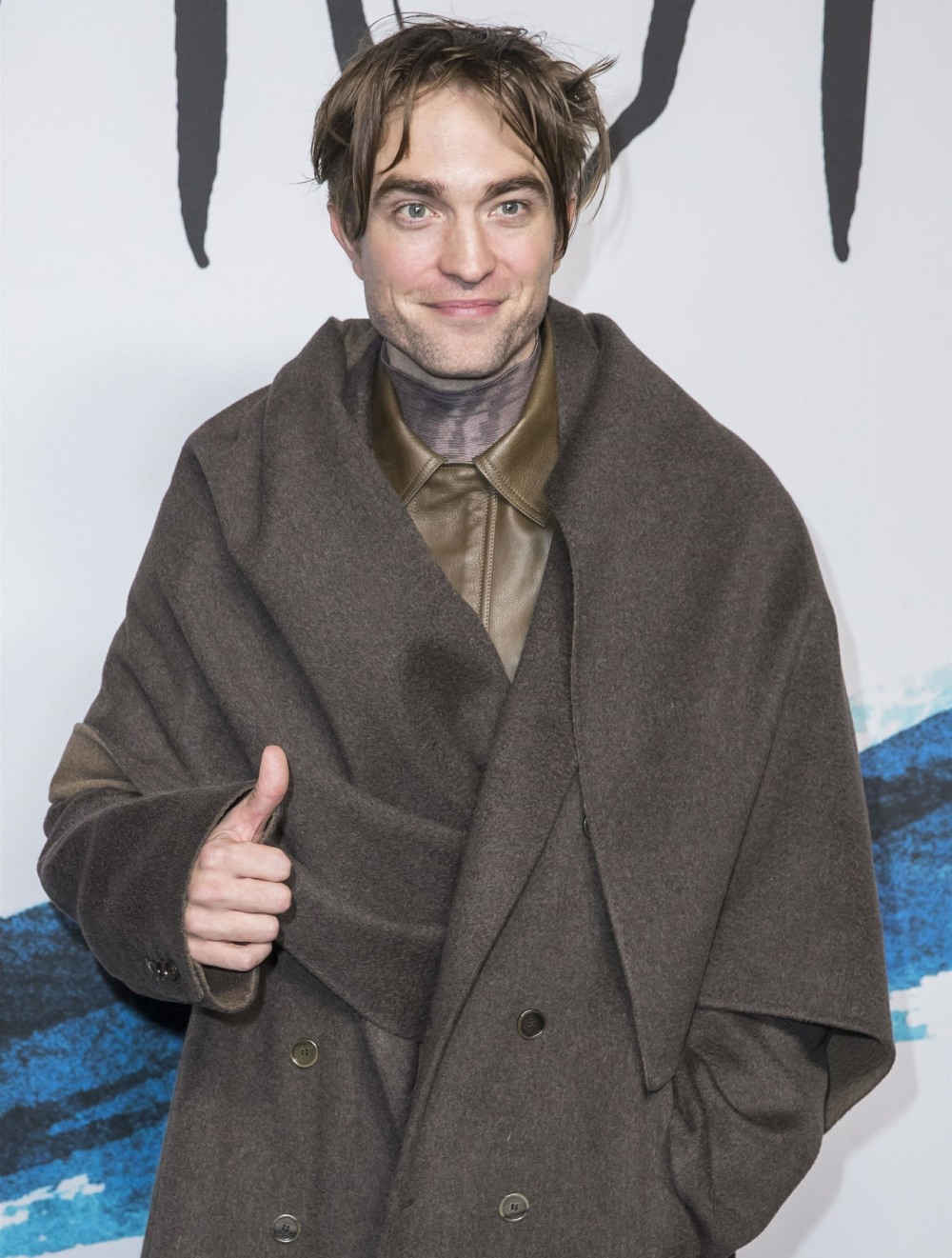 77 Responses to “Robert Pattinson refuses to exercise for Batman: ‘No one was doing this in the ’70s’”