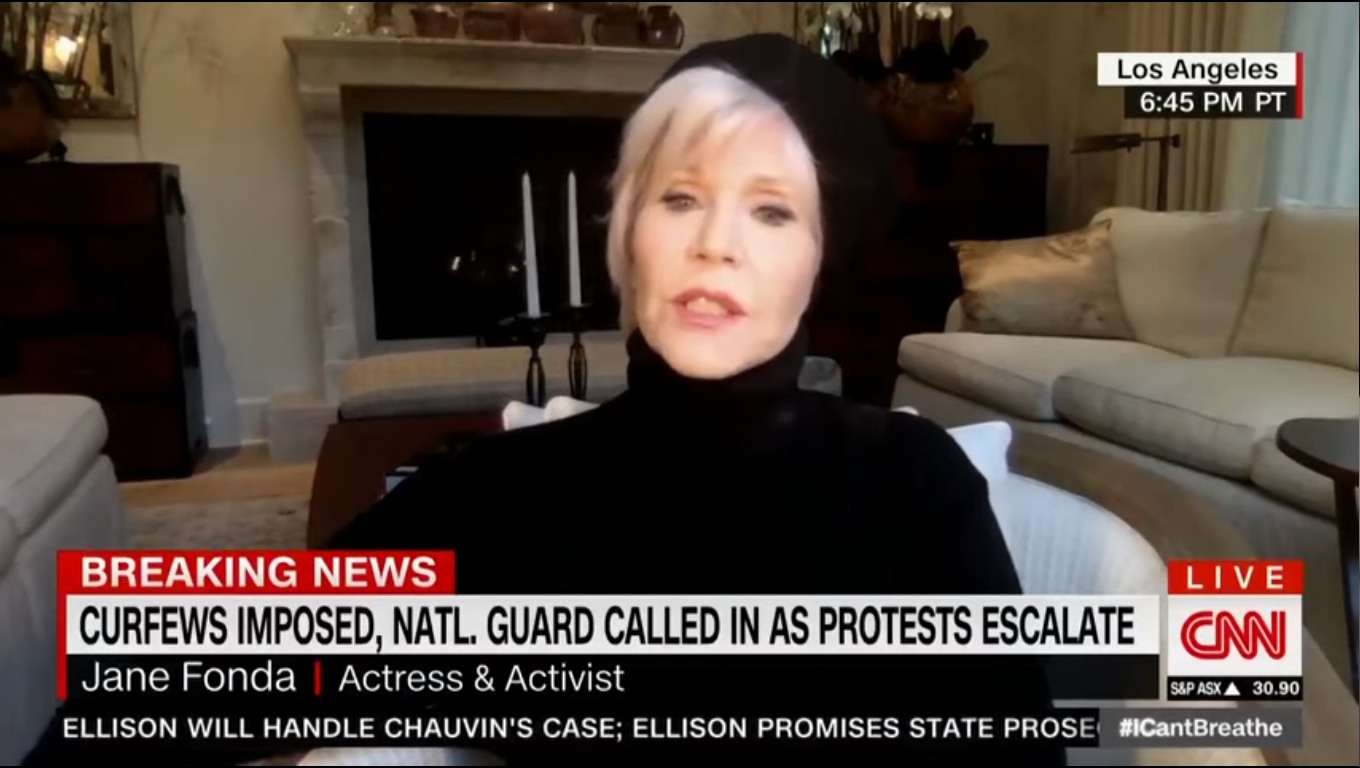 Jane Fonda was a radical in the ‘60s and ‘70s. She worked with Black Panthers, she worked to end the Vietnam War (whoops), and she’s been active in reproductive rights, civil rights and social justice causes for decades. Some people might question her actual causes or opinions, but she’s truly put her money, reputation and body where her mouth has always been. So Don Lemon at CNN did a video-link interview with Fonda last night to talk about the ongoing protests:

Before you pop yang about Jane Fonda or her all-black attire on CNN tonight, I suggest you check the resume.

Jane Fonda's been doing this since the Panthers, Angela Davis & Vietnam in the 60s.

Jane has LONG been about that life.

Jane Fonda getting arrested for the 479,765th time

Before ppl start talking wild, Jane lent her home 2 Black Panthers hiding from the FBI. She adopted the daughter of one after the child's parents were arrested.

Auntie Jane gets to come to the cookout. Hell, she'll be hosting. pic.twitter.com/zlwlkClasI

jane fonda has been with black panthers since the beginning you better ask somebody pic.twitter.com/0RTEPLckX8

Guys, Jane Fonda is 82. Notice how you age when you aren't toxic. pic.twitter.com/iBoXnK2LRq