Jordana Brewster: I’m a weirdo that enjoys working out but I don’t like pilates 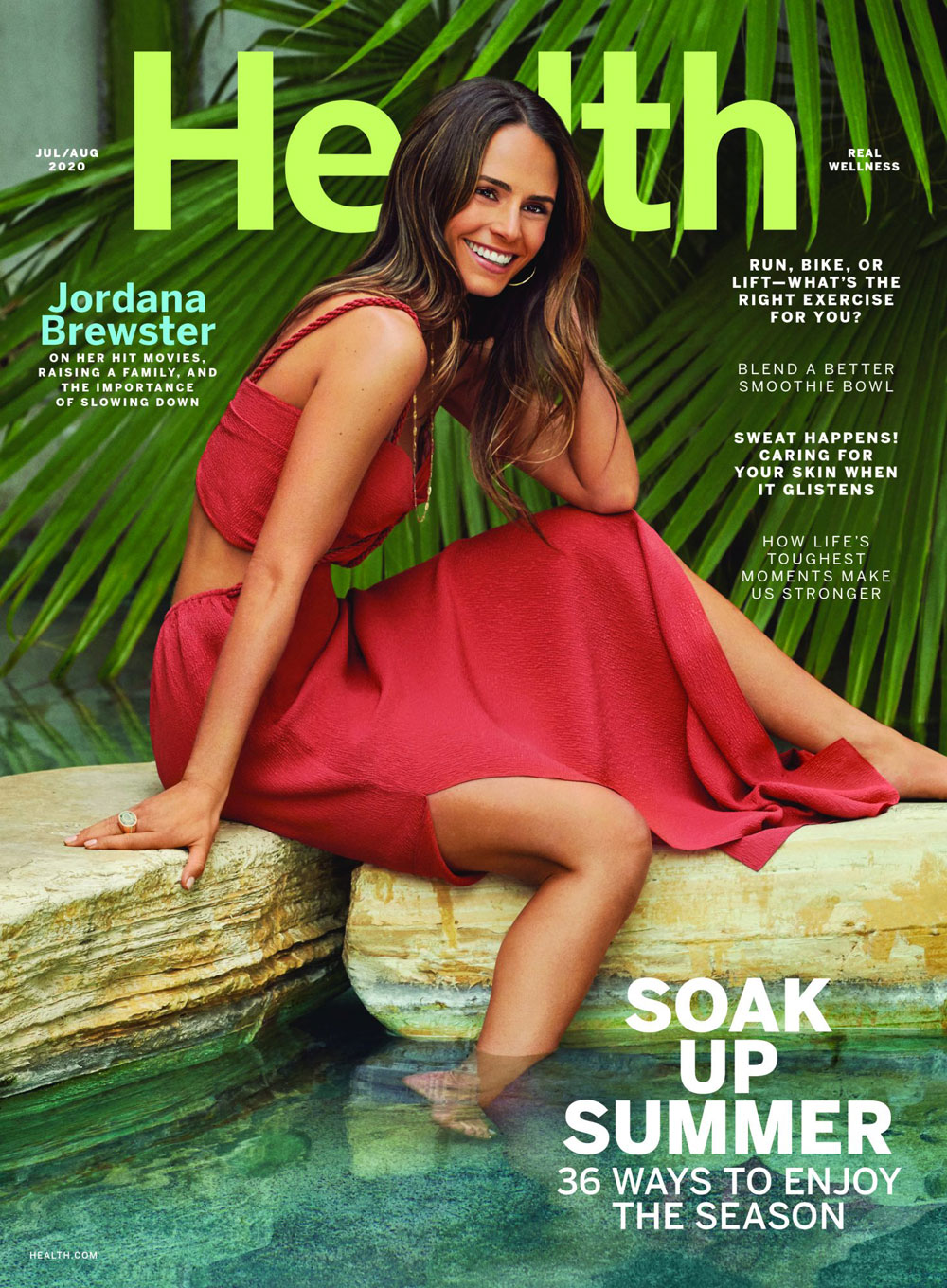 Jordana Brewster is on the cover of Health Magazine for July. She’s 40, she’s been in the Fast and Furious movies since the beginning of the franchise, and she’s had steady work on TV like on American Crime Story and the Lethal Weapon series. We actually just heard that she separated from her husband of 13 years, Andrew Form, but since she’s not that famous it didn’t get a lot of press. Jordana and Andrew have two sons together: Junian, 6, and Rowan, 4. In Health she talks about body image, exercise and how she’s more comfortable with her body now that she’s older. The quotes in the title are my favorite and they’re from a video Health posted on their site. This is for their July issue and in their video Jordana is at a traditional photoshoot where no one is wearing masks, but it looks like they’re social distancing. This was published a few days ago and they talked about the lockdown, so they must have done the video and photoshoot recently. Here’s what she said in the video and I’ve included some of her print interview too:

Her favorite exercises
Favorite form of exercise is running, it just gets everything out. And I also love lifting weights. I love squats. I’m a weirdo that actually enjoys working out. I really don’t like pilates. I just can’t do it well and I don’t have the core strength.

She loves desserts
Baklava is one of my favorite desserts and I also love ice cream. This restaurant, Craig’s, [has] chocolate pizza. It’s pizza dough with pie crust on top, ice cream and then chocolate sauce.

I love sugar so much—I am a sugar junkie. Recently, Harley [Pasternak, her trainer] said to me, “You need to figure this out.” I appreciated his bluntness because he was right. I would have Swedish Fish with my kids—and M&M’s and Tootsie Rolls are my weakness. And I was often replacing lunch with frozen yogurt instead of actual food. Not great. I hate smoothies, and I hate juices. I like chewing. So I steam tons of vegetables and add avocado. And then I have soup with chicken or salmon for at least one of my meals.

“So did you struggle with body image when you were younger?”
I struggled for a bit because I went through so many different phases. When I gain weight, it’s not in one place. My sister gains a butt and boobs—and I turn into SpongeBob SquarePants. I just get bigger and more square. So when I was in my teens, I started having shakes and bars all the time. I am a control freak, so I went through phases where I was obsessed with the number on the scale and I didn’t want to deviate. I was never anorexic, but I was definitely too controlled to be healthy. Now, I just try to think about modeling good behavior for my kids, who love treats. And, paying attention to if I am full or just eating mindlessly.

“You recently turned 40. Did you have any feelings around that?”
I really do see it as I’m so grateful to be here. I’m so grateful. I have two boys, and I’m still working. Thank God most of the women I look up to—like Sandra Bullock, Gwyneth Paltrow, and Cate Blanchett—are over 40 and are still working and thriving. So I feel like the only way to go is up from here.

“In what ways are you like your mom?”
I think her work ethic—I get up at, like, 5:15 a.m. every morning to run. I like treadmills—it hurts my knees too much to run outside. [My mom] is still a member at [a gym]. She’s in her mid-60s, and she works out. So I really got that from her, and I still defer to her. When I went to get Botox for the first time, I took her because I was so scared. I was like, “Mommy, come watch.” I’m like, “Let’s make sure I don’t look crazy.” I trust her more than anyone else because she’s not scared to tell me the truth.

I can relate to loving to work out. I chase the endorphins and have a hard time doing the slow workouts that some people love like pilates and yoga. I just feel unmotivated to do yoga or stretch afterwards, which I definitely pay for. Plus I also love sugar and ice cream! I’m like a little kid that way and I think exercising can erase it somehow. I’ll have to take her advice to just eat more vegetables to fill up. She also said she likes meditating and that she can do it anywhere, and like her I also wake up around 5. I have a lot in common with her actually. I side-eye her mentioning Gwyneth Paltrow among the women she looks up to, but that’s minor. She’s not touting snake oil cures or saying she admires Goop’s business acumen so she gets a pass.

Fast and Furious 9 was originally supposed to come out on April 2, but has been pushed to August 2.

The post below is a paid promotion for the Fiton app, which is free and has some good workouts, I’ve used it a few times. (Not a promotion, it’s just free and you don’t need a subscription.)

18 Responses to “Jordana Brewster: I’m a weirdo that enjoys working out but I don’t like pilates”