Jimmy Kimmel is hosting the Emmys on September 20th and how will that work? 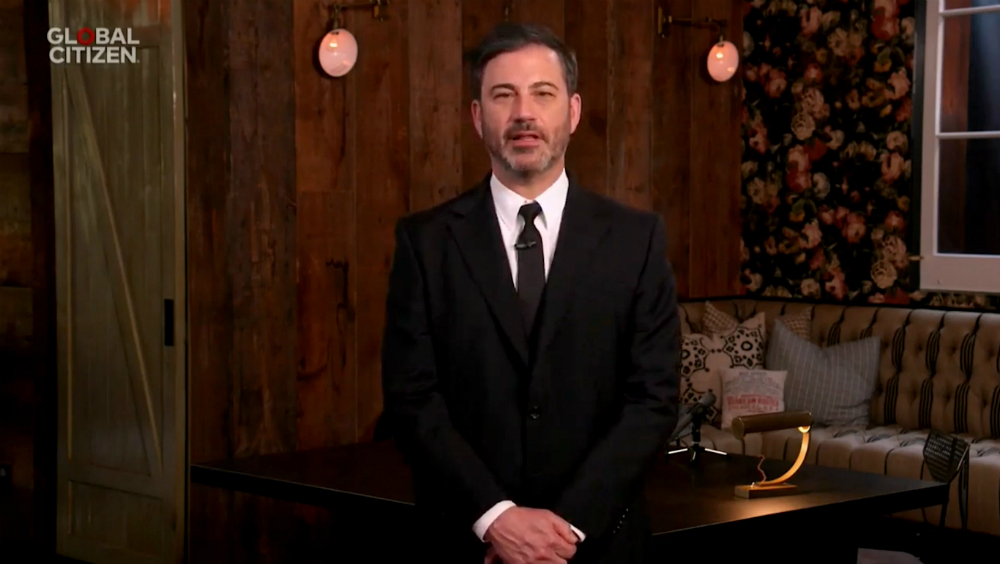 The Emmys announced yesterday they had their host for their September 20th broadcast. Jimmy Kimmel will return for his third time hosting the awards show. The show will be aired on ABC. But that’s about all we know because no one can figure out how this is going to happen in the middle of a pandemic. Not only the show itself, but what will be up for consideration.

Jimmy Kimmel will return to host the 72nd Emmy Awards on ABC, the network and Television Academy announced on Tuesday. This marks the third time Kimmel has hosted the Emmys, following the 64th event in 2012 and 68th in 2016.

The Primetime Emmy telecast will take place as planned on Sunday, Sept. 20 at 8 p.m. ET. But beyond that, information about the telecast’s producer, or how the show will look in these pandemic times, will still be announced at another date.

According to insiders, among the scenarios being explored for an Emmys broadcast are a fully virtual version, as well as an in-person event that could still incorporate some virtual or other “non-traditional” elements. The most important thing in determining which to choose is ensuring the health and safety of anyone involved in the show.

“We know Jimmy Kimmel will deliver a uniquely entertaining, funny and moving Primetime Emmys show,” said Karey Burke, president, ABC Entertainment. “He’s a true master of ceremonies who reveres this industry and its people; and just as Jimmy has done with his own show over the past few months, he will tackle this momentous event with heart and humor, and bring some much-needed joy and optimism to our television colleagues and viewers at home.”

I love award shows, as you know. But if they remove the live audience, what’s the point? I’m sure they will find some creative ways to work in all the technology we’ve relied on during quarantine but I have little desire to watch a two-hour zoom call as a bunch of Hollywood types congratulate themselves from the comfort of their sofas. The speeches and the fashion are why I tune in. I realize that things might change by September, but I doubt there will be fill-a-theater change at that point. So prepare yourselves for a bunch of montages and technical glitches of folks trying to call in to accept their award. On the one hand, people might be less nervous without standing on stage in front of a thousand faces, on the other, there will be no audience reaction to feed off of.

As for Kimmel being the host – he’s safe. I actually didn’t realize he was an executive producer, so he’s doubly safe. I guess ‘safe’ is a good theme when trying to protect the country from a deadly virus. And I’m fine with him being host, but I don’t think he’s the best choice. If this is a virtual thing, Seth Meyers would’ve been the way to go. Seth has perfected his timing without the benefit of an audiences’ interaction, he would nail a virtual Emmys show. But I recognize Seth’s Late Night is NBC, so I guess that limits the options. I guess “heart and humor, and bring some much-needed joy and optimism,” would be a nice balm. But I’d also like a host who isn’t as concerned with being safe during these changing times.

7 Responses to “Jimmy Kimmel is hosting the Emmys on September 20th and how will that work?”