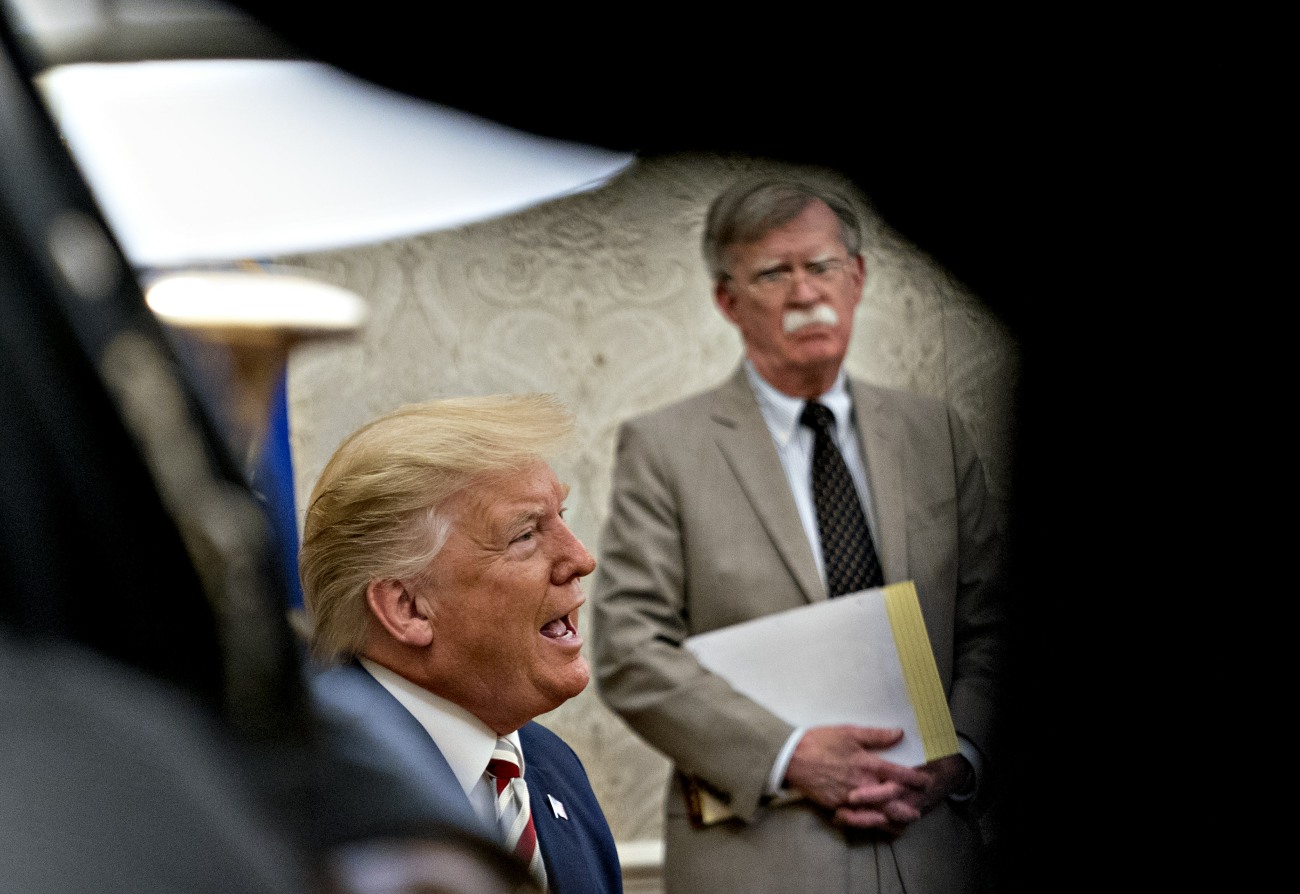 All of these old white dudes willingly went to work for Donald Trump, they saw first hand how incompetent, crazy, criminal and vile he is, then they all quit their jobs and got a book deal and refused to tell anyone about all of the vile, criminal sh-t they witnessed until they could make some money off it with their books. That describes at least a dozen former Trumpers, right? So it is with John Bolton, the Walrus of the Alt-Right House. Bolton was a long-time Bush-era neo-conservative who thought America should just invade every country and run around, starting endless wars constantly. Then he went to work with Donald Trump as the national security advisor. Bolton had qualms! Suddenly, Bolton was appalled by the bad foreign policy happening in a Republican White House. So Bolton quit after 17 months, refused to testify about any of the bad, criminal sh-t he witnessed, got a book deal and here we are.

Bolton’s memoir is called The Room Where It Happened: A White House Memoir. It comes out in a matter of days, and it’s at the top of Amazon’s preorder list. Trump and his people knew that Bolton had witnessed some sh-t and that his book could be “damaging.” So they tried to block it in any way. I believe it’s still coming out on the 23rd, unless Trump is prepared to send the FBI to shut down Simon & Schuster and/or Amazon. It’s too late anyway – media outlets are already getting early copies or excerpts, which is why we already have a hurricane of f–kery courtesy of this dumb book. Here are some stories:

Bolton said the House should have investigated more: Remember the Ukraine investigation? Bolton says that was only the tip of the corruption iceberg.

Favors to dictators: Mr. Bolton describes several episodes where the president expressed willingness to halt criminal investigations “to, in effect, give personal favors to dictators he liked,” citing cases involving major firms in China and Turkey. “The pattern looked like obstruction of justice as a way of life, which we couldn’t accept,” Mr. Bolton writes, adding that he reported his concerns to Attorney General William P. Barr.

Trump desperately wants China to interfere in the election: Mr. Bolton also adds a striking new allegation by saying that Mr. Trump overtly linked trade negotiations to his own political fortunes by asking President Xi Jinping of China to buy a lot of American agricultural products to help him win farm states in this year’s election. Mr. Trump, he writes, was “pleading with Xi to ensure he’d win. He stressed the importance of farmers, and increased Chinese purchases of soybeans and wheat in the electoral outcome.”

Trump is dumb as hell: [The memoir] is a withering portrait of a president ignorant of even basic facts about the world, susceptible to transparent flattery by authoritarian leaders manipulating him and prone to false statements, foul-mouthed eruptions and snap decisions that aides try to manage or reverse.Mr. Trump did not seem to know, for example, that Britain is a nuclear power and asked if Finland is part of Russia, Mr. Bolton writes. He came closer to withdrawing the United States from NATO than previously known. Even top advisers who position themselves as unswervingly loyal mock him behind his back. During Mr. Trump’s 2018 meeting with North Korea’s leader, according to the book, Secretary of State Mike Pompeo slipped Mr. Bolton a note disparaging the president, saying, “He is so full of sh-t.”

The Ukrainian situation: The book confirms House testimony that Mr. Bolton was wary all along of the president’s actions with regard to Ukraine and provides firsthand evidence of his own that Mr. Trump explicitly linked the security aid to investigations involving Mr. Biden and Hillary Clinton. On Aug. 20, Mr. Bolton writes, Mr. Trump “said he wasn’t in favor of sending them anything until all the Russia-investigation materials related to Clinton and Biden had been turned over.” Mr. Bolton writes that he, Mr. Pompeo and Defense Secretary Mark T. Esper tried eight to 10 times to get Mr. Trump to release the aid.

Bolton apparently takes the time to lambast House Democrats for not investigating Trump for… all of the sh-t he (Bolton) personally witnessed and didn’t tell Dems about. You know, all the sh-t he was saving for his book. I mean, he says he told Bill Barr, the Attorney General, but literally everyone knows that Barr is compromised too, so it would be like telling Ivanka something and crossing your fingers hoping that she’ll be able to somehow UN-SINK the Titanic.

And asking if Finland is part of Russia… I just… I am so tired. 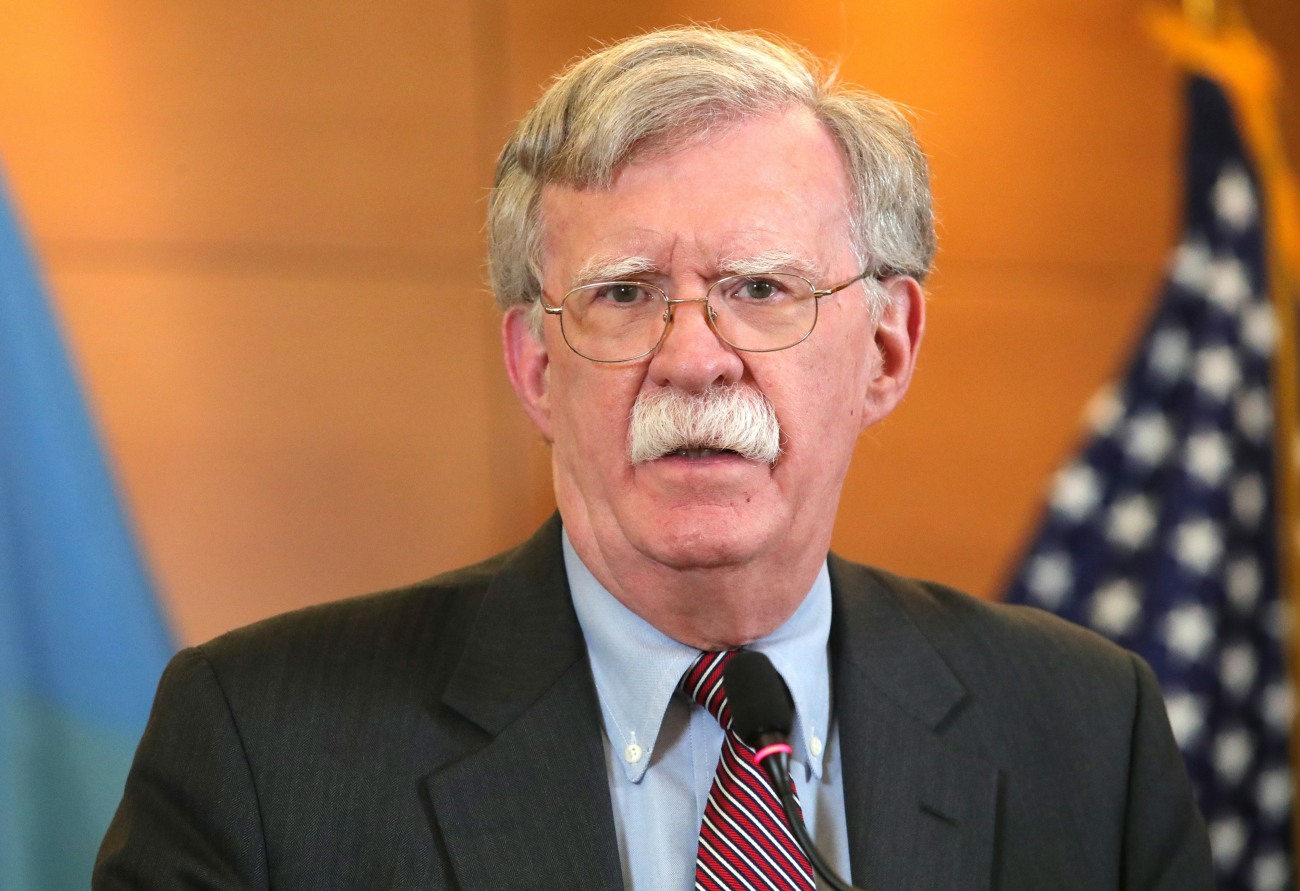