Zoe Kravitz: Looking back, Rob in ‘High Fidelity’ was a misogynist douche 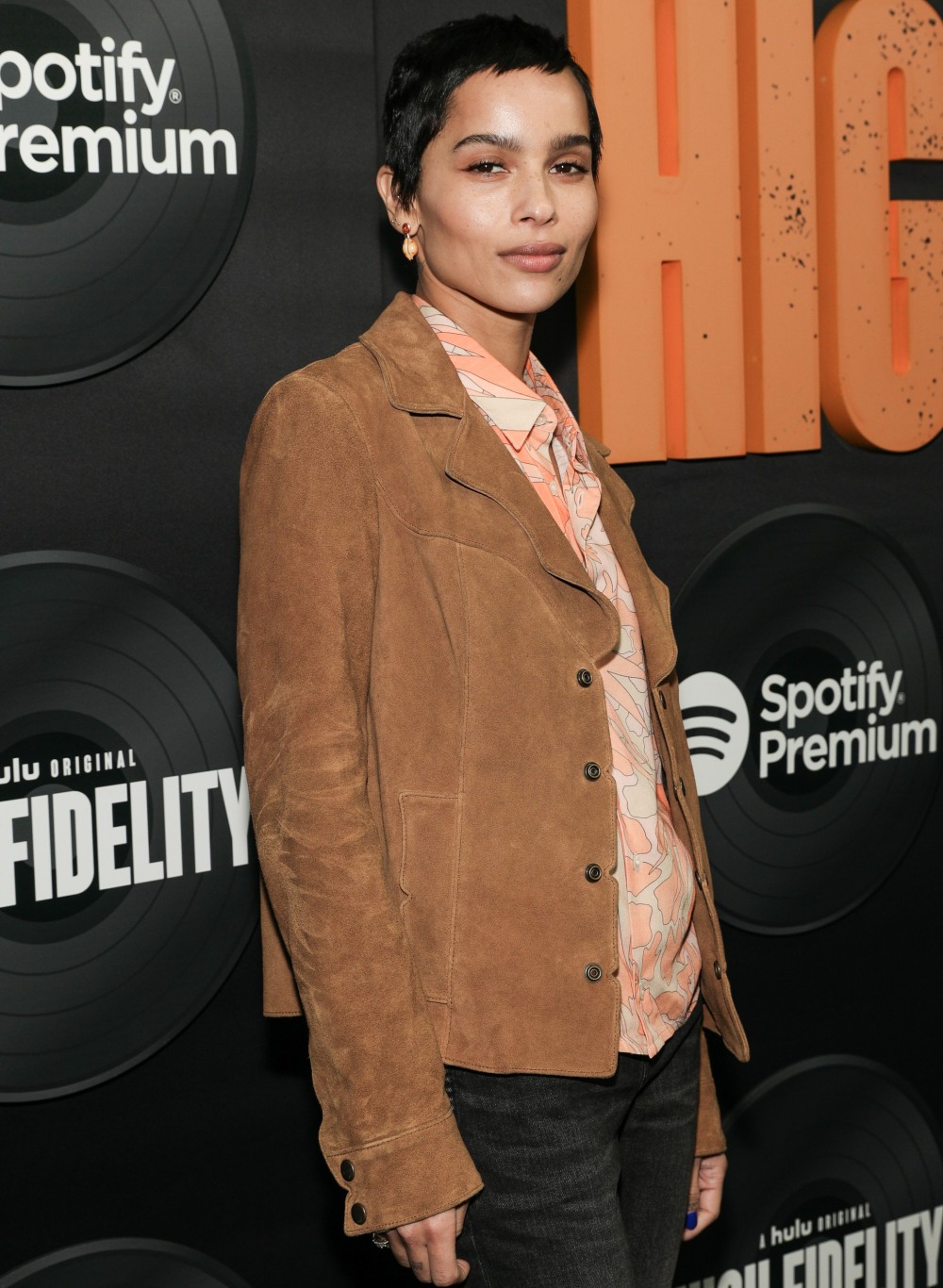 Variety has been working with I Heart Radio’s podcast to provide content for the Emmy season, which will probably be kind of sad anyway (the Emmy season, I mean). Zoe Kravitz is getting some heat – I guess – for her Hulu show High Fidelity, and maybe she’ll end up with an Emmy nomination for it. Thus, she took part in Variety’s podcast. She ended up chatting about all kinds of things, including High Fidelity and her gender-switch lead character, Robert Pattinson as Batman and how she actually thinks she was very unstylish as a kid. Some highlights:

On the “Rob” character in High Fidelity: “When I watched this movie and read this book years ago, I always identified with the Rob character, but I romanticized him. And then, of course, looking back you’re like, this guy’s an a–hole. He’s a misogynist a–hole. Why would I think that was cool, and why did I think that was sexy, and why did I think that was interesting? To come back and play his character from a different point of view, it wasn’t like, “Oh, I’m playing this really cool, sad, f—ed up person who just can’t get it together. And we love that about her.” It was more, “I think I was this person at one point in my life. I’d like to think that I’m past that now. It’s these really uncomfortable growing pains when you have to figure out who you want to be.

Her style really wasn’t cool: “One of my best friends the other day started sending me all these old photos from 2005. It really sent me into this crazy spiral because I thought we looked really cool at the time, and looking at these photos, I was just like, “Dude, what? What?” My friend said, “I think we were playing a game where we would get dressed in the dark with no mirror. And then anytime we caught our reflection anywhere, we would take a shot.” It just looked so messy.

Being 31 & married: “I’m married, and less bad choices — I would like to think. You know, life is an ongoing struggle, so of course, there’s always work to be done. But there’s that first step where it’s like, I’m an adult. Oh wait, I have so much more work to do.

Whether she’s spoken to the other Catwomen, like Michelle Pfeiffer or Halle Berry: “I spoke to Michelle. We sat at the same table at the Golden Globes, and I’ve met her a bunch over the years because of David E. Kelley. She’d always been so nice. I had just gotten cast so I was really nervous to be around her, and she was so sweet. She just gave me a big hug and said, “You’re going to be great.” That was really just amazing. Both Halle and Anne [Hathaway] were really sweet on Instagram and Twitter. [They] sent really sweet, encouraging messages when that was announced. So I feel supported by my girls.

On Robert Pattinson as Batman: “First of all, he’s just a really good actor. He started out as this kind of teen pop sensation, and then I think we all kind of saw through his work that there was a lot more going on. He’s a really interesting artist, and that is very much Batman in a way. We have the illusion of Bruce Wayne, and then we have Batman in the shadows that has a lot more complicated things going on. So just in that, I think he’s perfect for this role. He can relate in that way, and he looks good in the suit, man. He looks good in the suit. That’s a good jaw line. But he’s just a great actor and he brings so much to everything he does. I think that it’s a really hard role because people are expecting a lot. Also it’s restricting in a lot of ways. You’re wearing the suit, and you can’t see their eyes, and you can only move in a certain way. So you have to get really creative in terms of how can you portray a multidimensional character? He’s way up for the challenge and has really interesting ideas already. I think he’s perfect, perfect casting.

That’s nice that all of the other Catwomen were supportive. Can I just say? I really enjoyed Anne Hathaway as Catwoman. I always felt like “Justice for Anne’s Catwoman” because there were so many other conversations about that last Nolan-Batman film, but Anne knocked it out of the park. I have a feeling that Zoe’s Catwoman will probably just be… different. I haven’t gotten a real vibe of what this new film will be like, but I bet Zoe and Rob have really great chemistry for some reason (he has great chemistry with most leading ladies).

As for what Zoe said about going back now and re-watching High Fidelity and re-reading the book… yeah. I watched High Fidelity for the first time in like ten years and I was struck by how much sympathy I had for all of his exes as opposed to having sympathy for “Rob.” It wasn’t that way when I first saw the film in my 20s! It’s really wild to go back and watch those kinds of movies now and see how your perspective has changed so much and how it influences how you read the characters. Rob deserved to be alone, he was terrible. 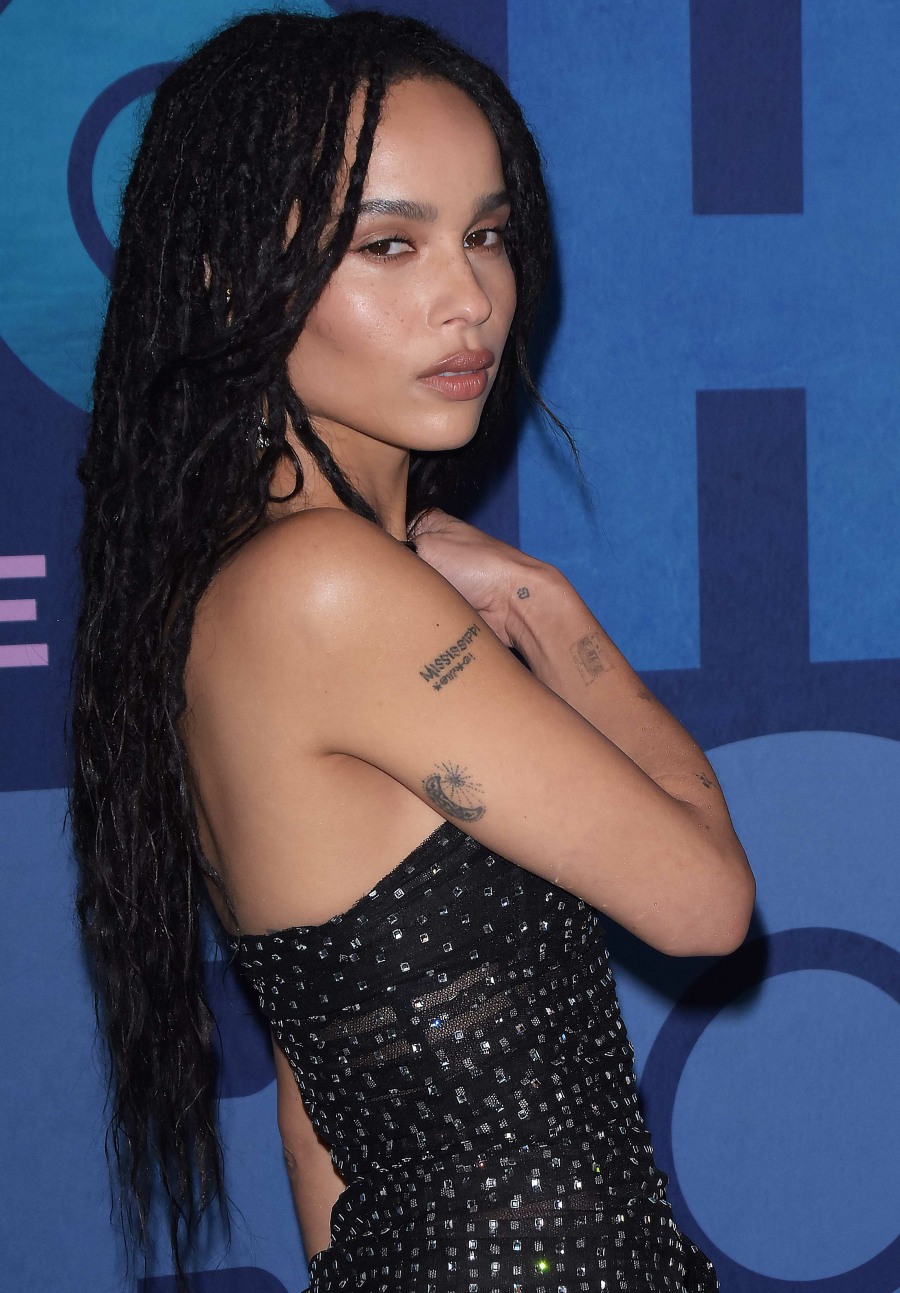 23 Responses to “Zoe Kravitz: Looking back, Rob in ‘High Fidelity’ was a misogynist douche”