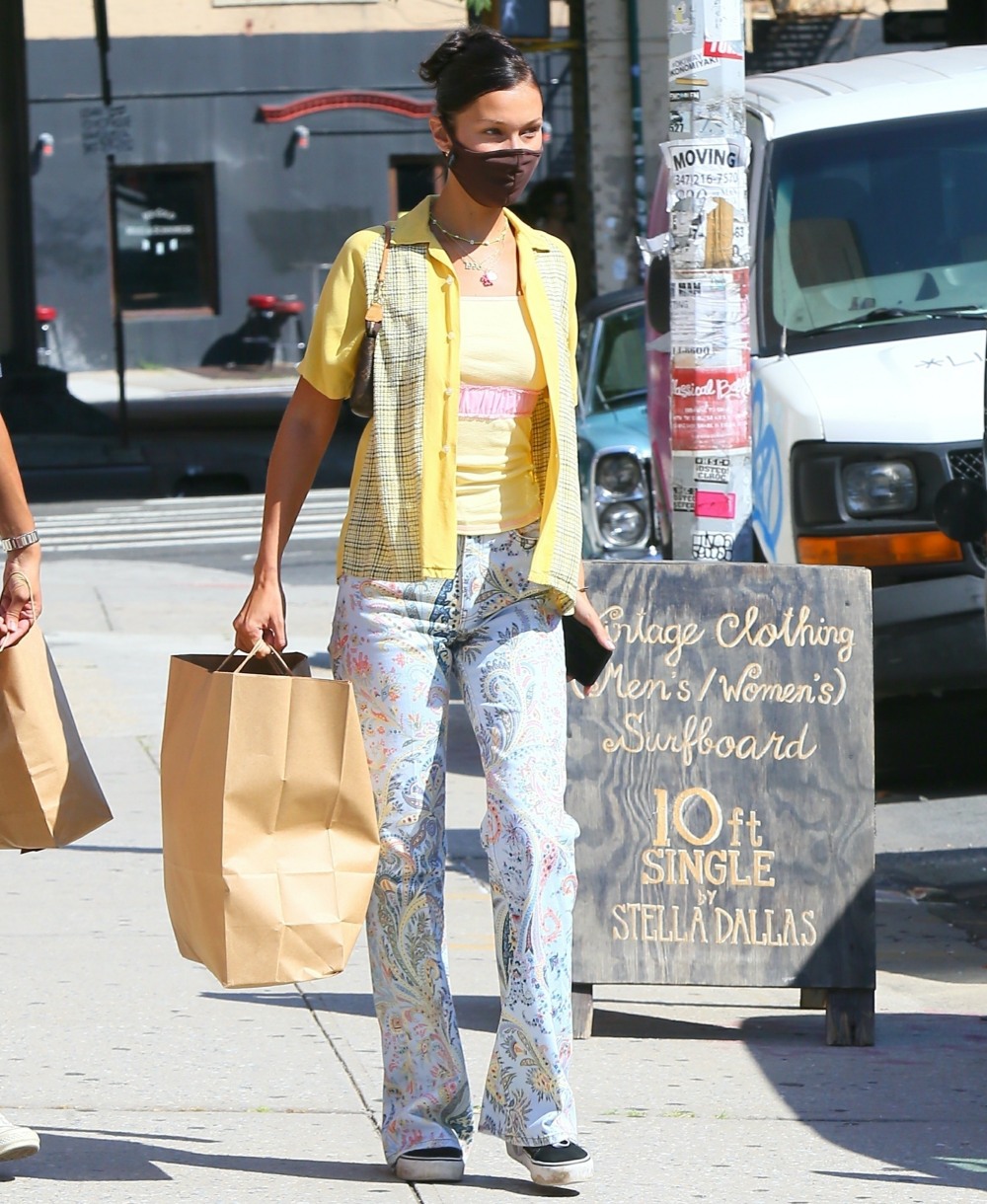 I’m so hungry for any kind of red carpet or street-style photos these days, I jump at the chance to write about anything fashion-related. So here we go! Bella Hadid is in New York right now, after spending several months in lockdown with her family in Pennsylvania, where (I think?) they have some kind of horse farm. Bella has actually been on the move for the past month, but I guess she’s been settling down in New York (she owns an apartment in the city).

Bella was seen doing some shopping yesterday in Williamsburg, Brooklyn. She stopped by 10 Ft Single by Stella Dallas, which is a vintage shop. As you can see, it looks like Bella got quite the haul. I used to love vintage shops but these days, I rarely buy clothes in person (I’ve ordered everything clothing-wise online for years now). If I had Bella’s figure, I would love shopping in person though. I bet she’s the annoying friend who looks good in everything she tries on.

As for Bella’s look – I’ve seen some sites describe it as a ‘90s retro style and I can sort of see that. If you dropped Bella into 1997 with this ensemble, she would not stand out at all. The jewelry choices – especially the choker – are very ‘90s. I’m debating whether the pants/jeans are ‘90s though – they’re more early ‘00s to me. Most of the cool kids in the ‘90s would have looked down on those jeans as too corporate, too cutesy! But going braless in a tank = totally ‘90s. And it’s always nice to see an It Girl modeling good mask-wearing behavior! 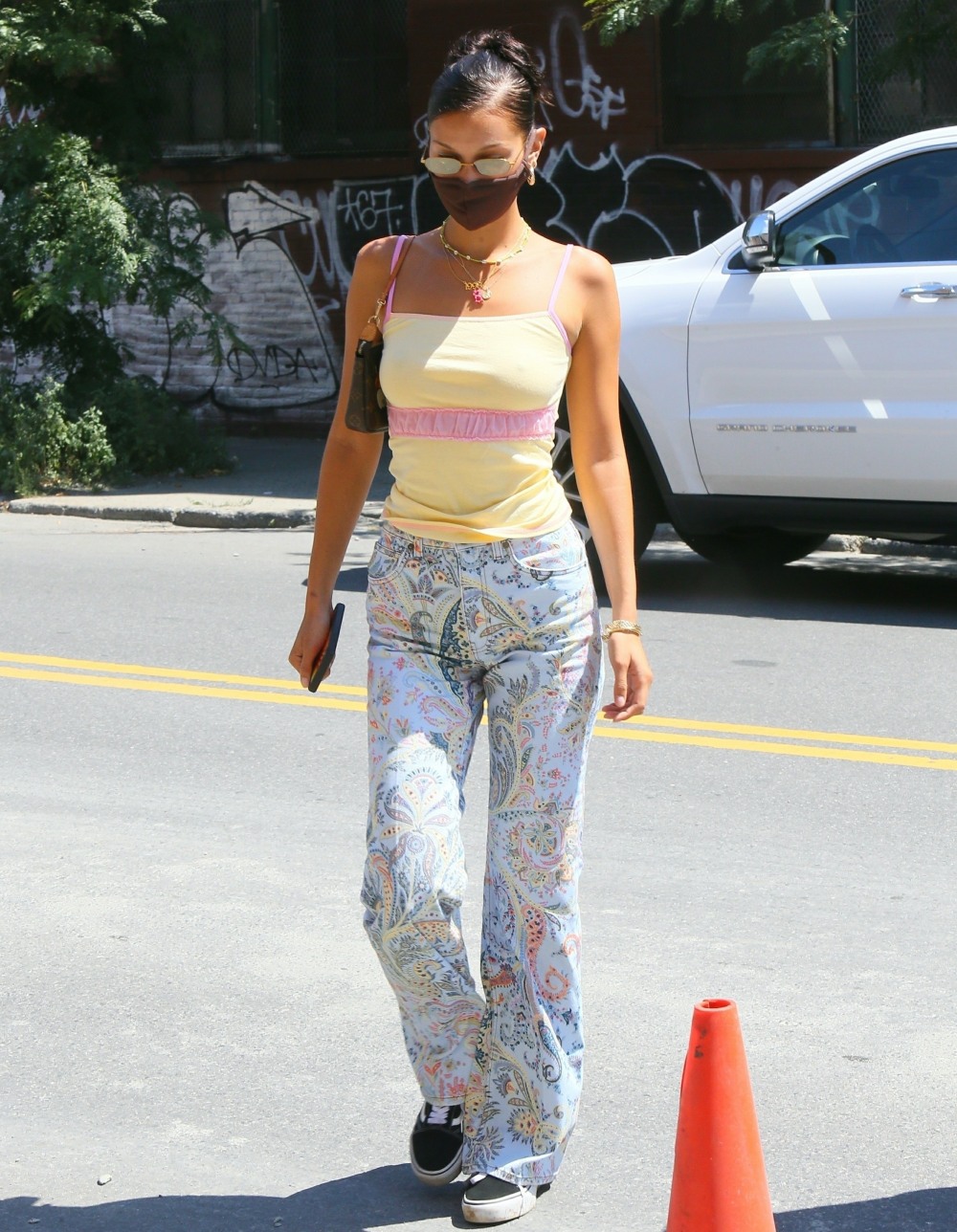 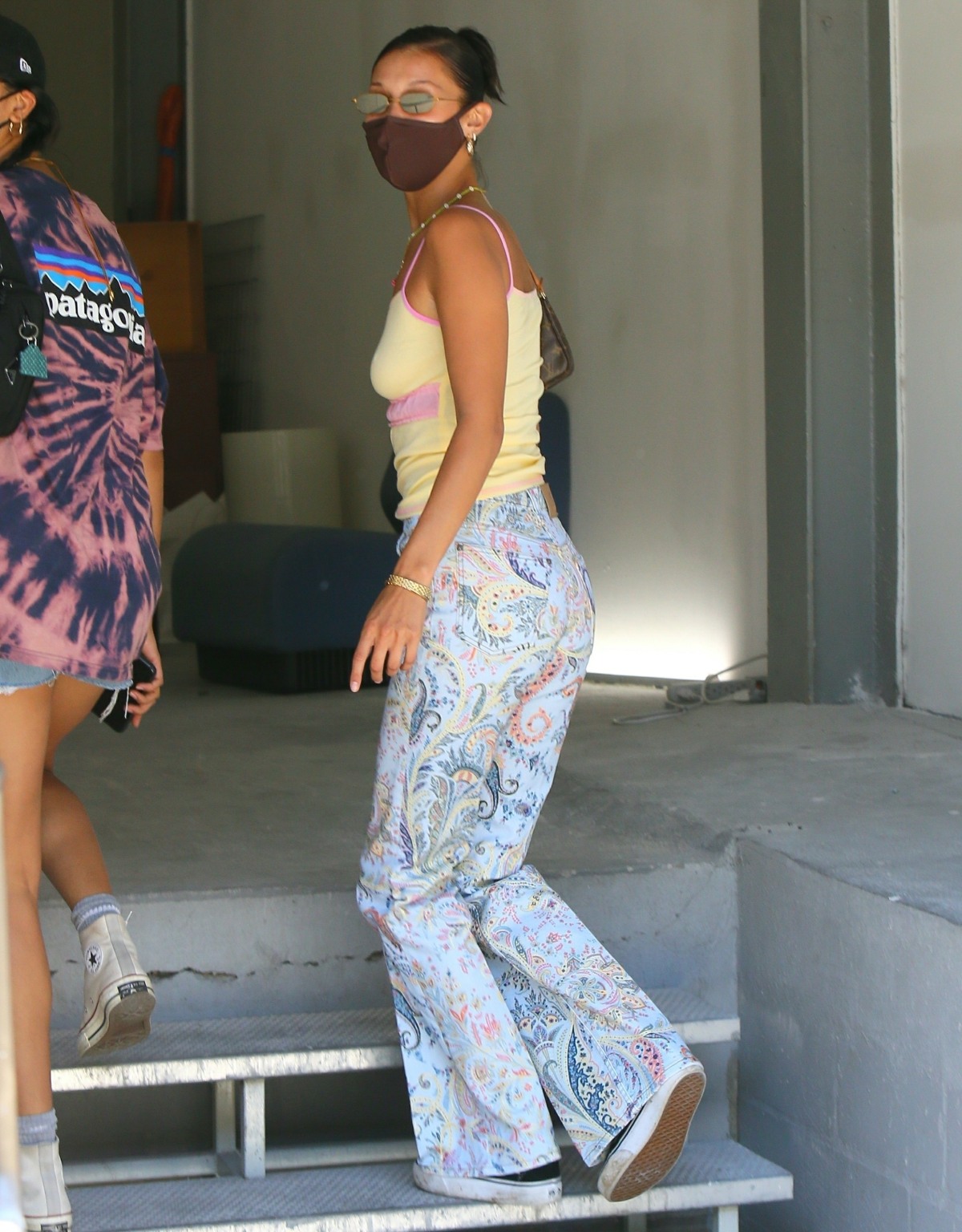